10 Movies You Must Watch if You Love The Hustle 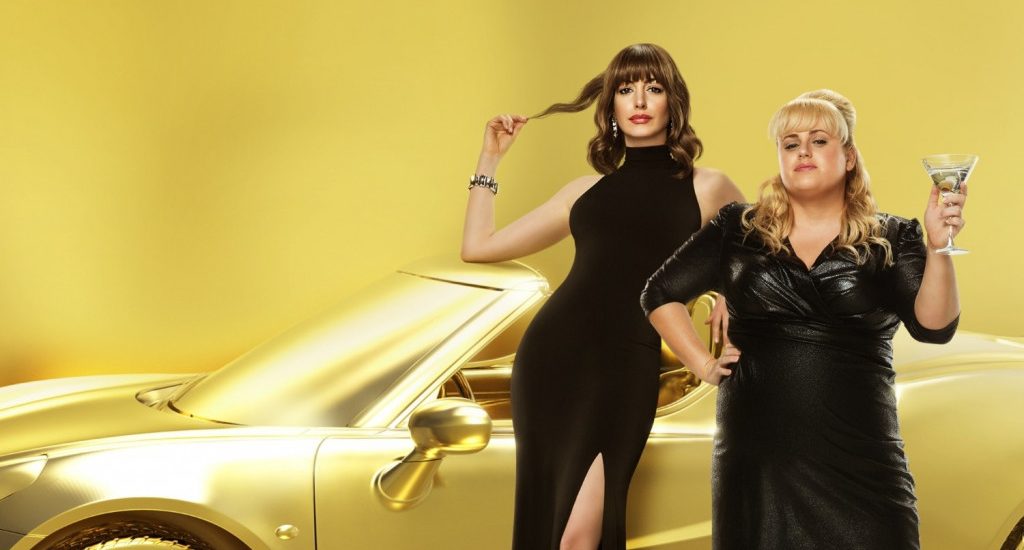 ‘The Hustle’, a comedy-drama directed by Chris Addison and starring Anne Hathaway and Rebel Wilson as the protagonists, is about two scam artists who make it a mission to exact revenge on the men who had wronged them in the past. This remake of 1988’s ‘Dirty Rotten Scoundrels’, which again is a remake of 1964’s ‘Bedtime Story’, also stars Alex Sharp and Dean Norris in major roles. In the film, Hathaway plays the character of a polished, sophisticated Englishwoman named Josephine, while Wilson is cast as her partner Lonnie, who is raunchy and is from the lower strata of society.

However, the two women learn to set their differences aside while working towards a common goal — to tackle small-minded men. The film is an amazing mix of wit, style, and humor. Rotten Tomatoes‘ critics consensus of the film reads, “The Hustle’s stars might make an effective comedy team in a different setting, but this gender-flipped remake of a remake adds little beyond its feminine twist.”

So, have you watched this flick yet? If yes, then you’re probably looking for some similar titles that explore the same themes. Well, don’t worry, because we’ve got you covered. Here’s the list of best movies similar to ‘The Hustle’ that are our recommendations. You can watch several of these movies like ‘The Hustle’ on Netflix, Hulu or Amazon Prime. 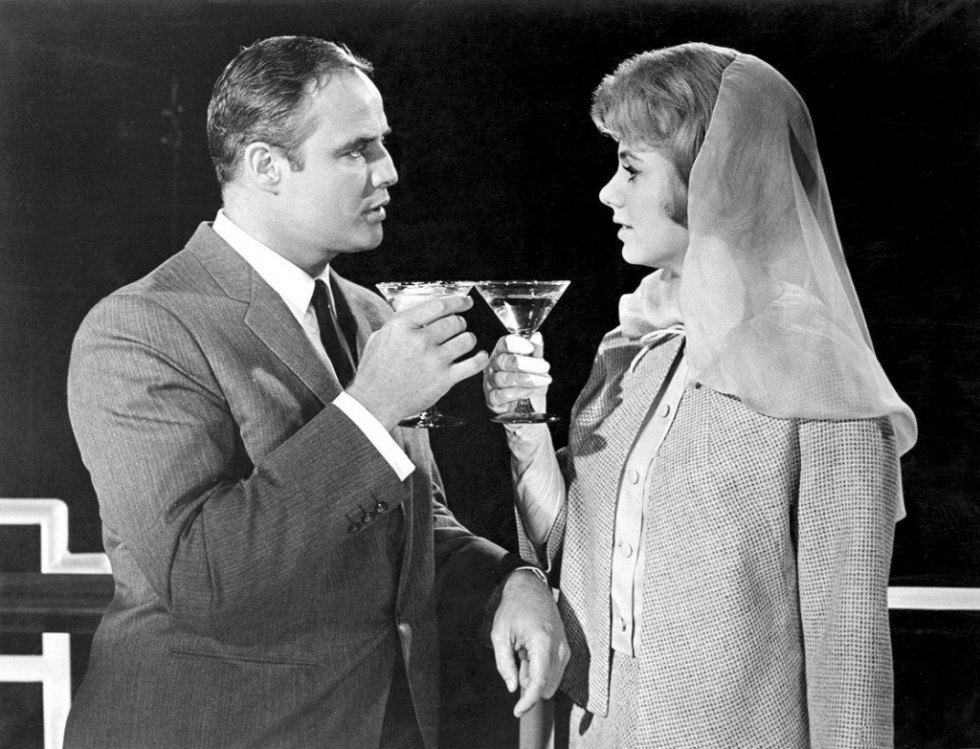 ‘Bedtime Story’, released in 1964, is a comedy flick directed by Ralph Levy, produced by Stanley Shapiro, and executive produced by Robert Arthur. Starring Marlon Brando, David Niven and Shirley Jones in the main roles, it introduces us to conman Freddy Benson, who seduces women on the French Riviera and then cons them. Meanwhile, Lawrence Jameson poses as a rich prince to trap unsuspecting women and then flees with their money as well as their heart (not literally though). So when the extremely wealthy soap heiress Janet Walker arrives in town for a vacation, the two compete with each other in a race to rob her of her fortune and money. 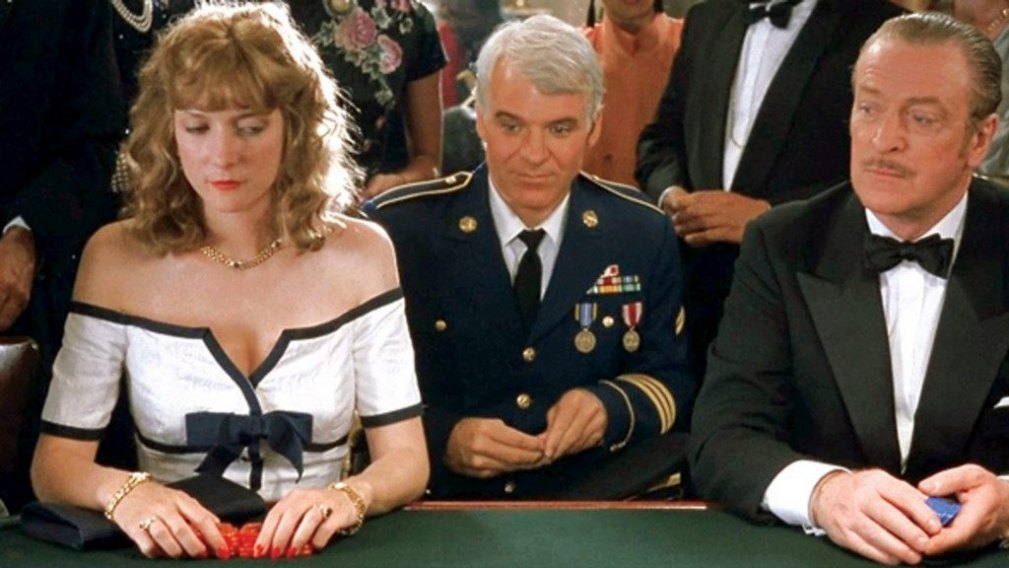 ‘Dirty Rotten Scoundrels’, directed by Frank Oz and starring Steve Martin, Michael Caine and Glenne Headly, is a remake of ‘Bedtime Story’. The story revolves around two scheming con artists who compete with each other to swindle an American heiress out of $50,000. While Lawrence Jamieson is the posh, educated and sophisticated guy, Freddy Benson is comparatively less-refined, and more of a country man. When both of them meet at the French Riviera, they realize that they cannot operate in the same territory together. So they make a bet. Whoever is successful in conning the heiress, stays in the town, while the other leaves the region forever. You can watch this movie on Amazon Prime Video. 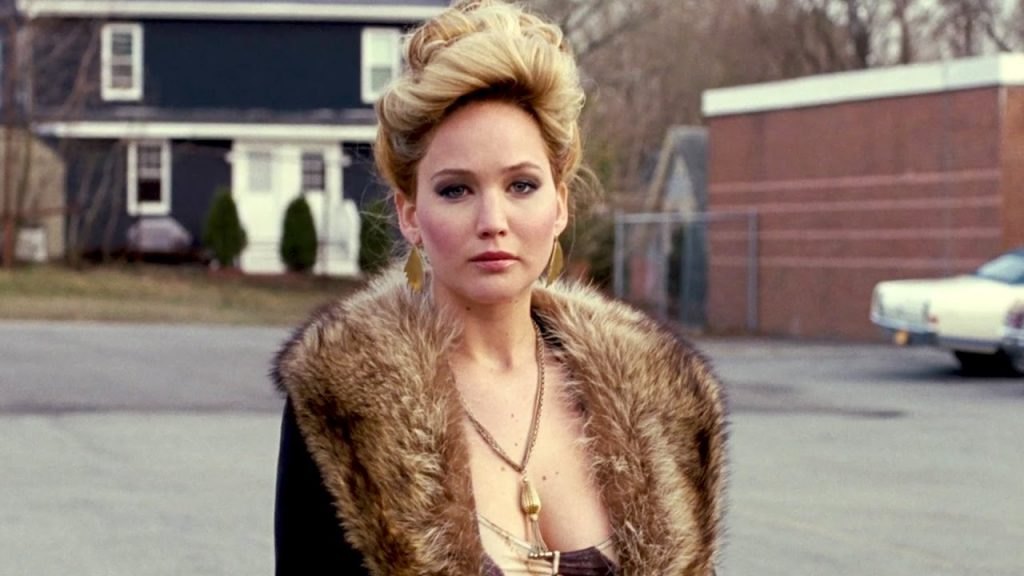 Released in 2013, ‘American Hustle’ is a black comedy crime drama directed by David O. Russell and written by Russel, alongside Eric Warren Singer. Starring Christian Bale and Amy Adams in the lead roles, the film is inspired by the 1970s FBI Abscam operation. The story revolves around two con artists, Irving Rosenfeld and Sydney Prosser, who are forced by the FBI to orchestrate a sting operation in order to expose corrupt politicians. This movie also features Bradley Cooper and Jennifer Lawrence in prominent roles. Set in the dangerous and enchanting world of Jersey power brokers and mafia, this movie makes for a gritty, engaging watch. 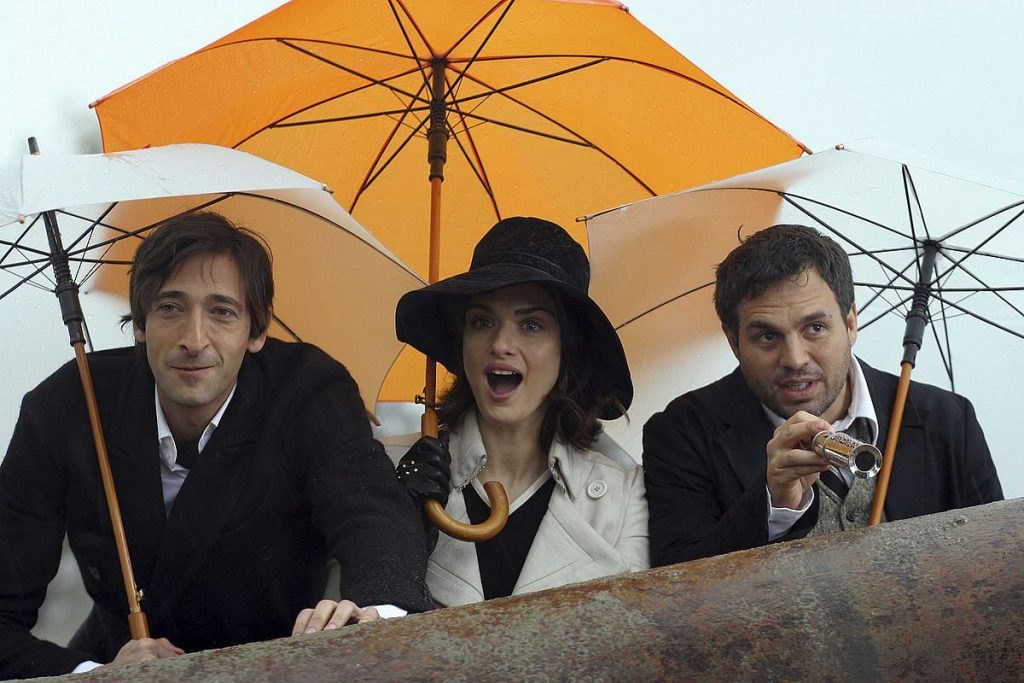 Starring Rachel Weisz, Adrien Brody, Mark Ruffalo, Rinko Kikuchi, Maximilian Schell, and Robbie Coltrane in major roles, ‘The Brother’s Bloom’ is one of the best caper comedies of all time. It focuses on the two brothers Stephen and Bloom, who have been con artists their entire lives. However, when Bloom reaches his 30s, he decides that he does not want to lead this life anymore. He cannot even recognize what his real identity is, after playing so many characters for all these years. Agreeing with his decision, Stephen requests him to execute one last con — to dupe the eccentric, lonely and beautiful New Jersey heiress, Penelope Stamp. However, the process is not so smooth. First of all, the brothers’ arch rival, Diamond Dog is waiting to take his revenge. Bloom might be falling for Penelope and the latter might not be as straight as she seems. In the end, it’s really difficult to figure out who is conning whom! 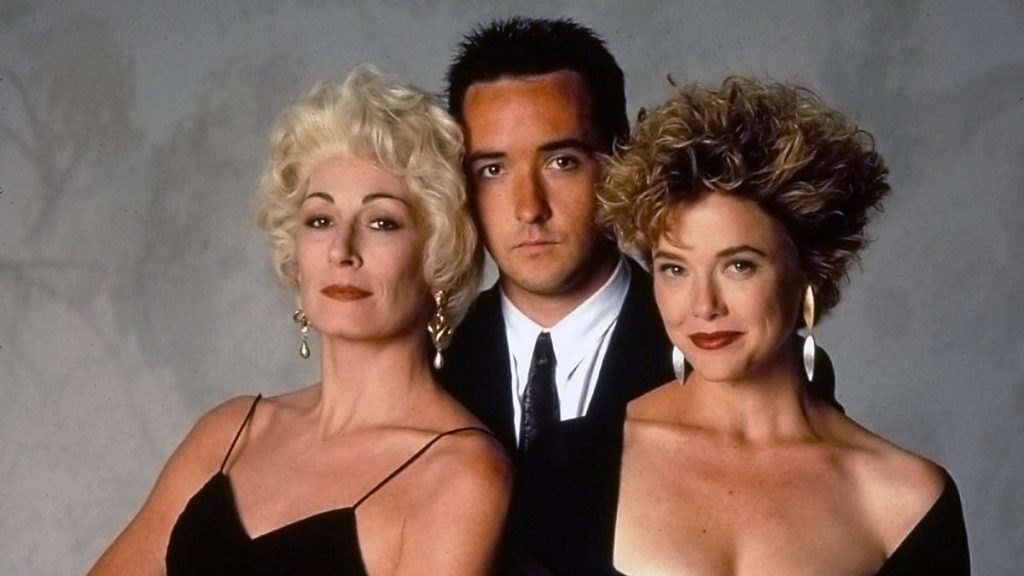 ‘The Grifters’, directed by Stephen Frears and produced by Martin Scorsese, is a neo-noir crime drama starring John Cusack, Anjelica Huston and Annette Bening as the protagonists. An adaptation of Jim Thompson’s novel of the same name, the story introduces us to Lily, who earns her living by working for a bookie and placing bets. But when her son gets admitted in the hospital after a con goes wrong, she rediscovers her latent parental feelings. As the mother and son struggle to deal with complex emotions, we witness how this affects their business. 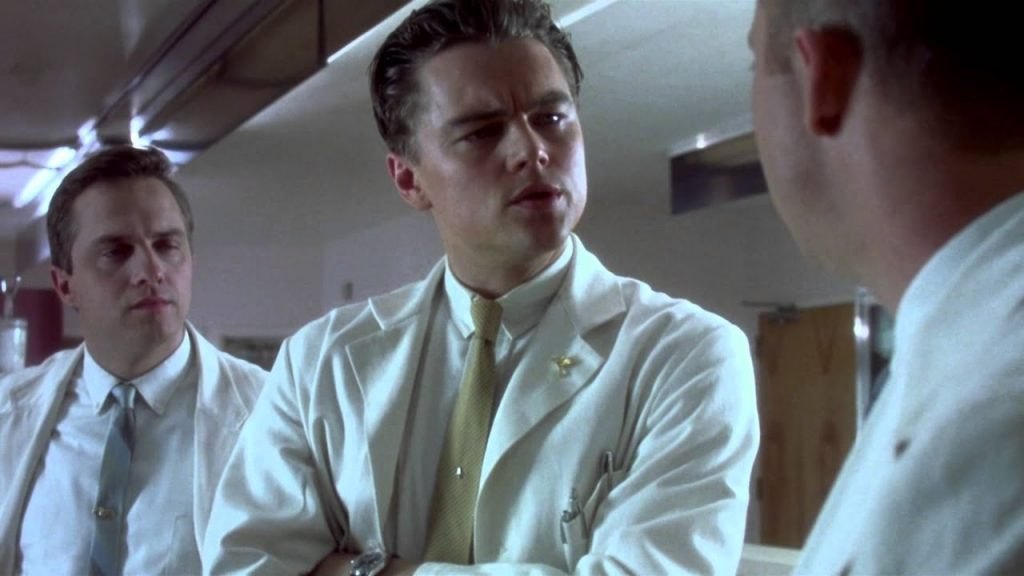 ‘Catch Me If You Can’, released in 2002 and directed and produced by Steven Spielberg, is a biographical crime drama starring Leonardo DiCaprio in the lead role, alongside Tom Hanks, Christopher Walken, Martin Sheen, and Nathalie Baye in supporting roles. The story chronicles the life of Frank Abagnale, who by the time he had reached 19, committed cons worth millions of dollars while posing as a pilot for Pan American World Airways, a Georgia doctor, and a Louisiana parish prosecutor. He was such an expert in committing check frauds that the FBI ultimately enlisted his help in catching check forgers. 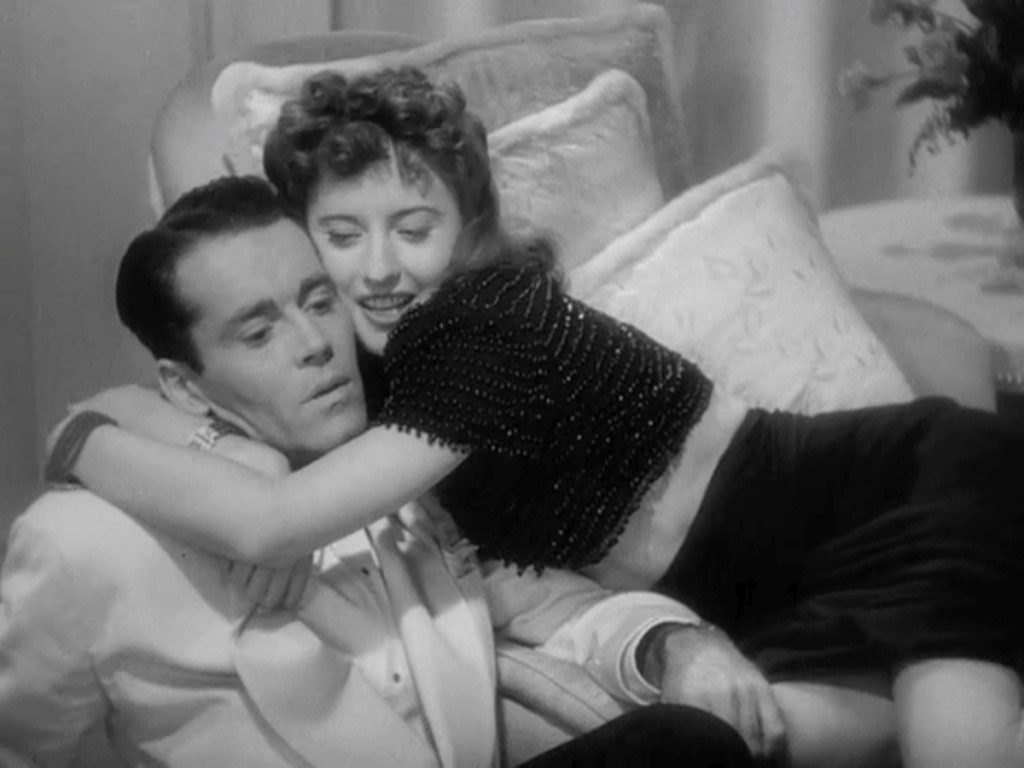 ‘The Lady Eve’, written and directed by Preston Sturges and starring Barbara Stanwyck and Henry Fonda in lead roles, is an adaptation of a story penned by Monckton Hoffe. The movie revolves around a couple who are polar opposites of each other. The wealthy but unsophisticated Charles Pike comes face to face with con-artist Jean Harrington while on a luxe ship cruise. Although they fall in love, they part on bad terms because of an unfortunate misunderstanding. Jean then returns in disguise to torment and exact her revenge from Charles. 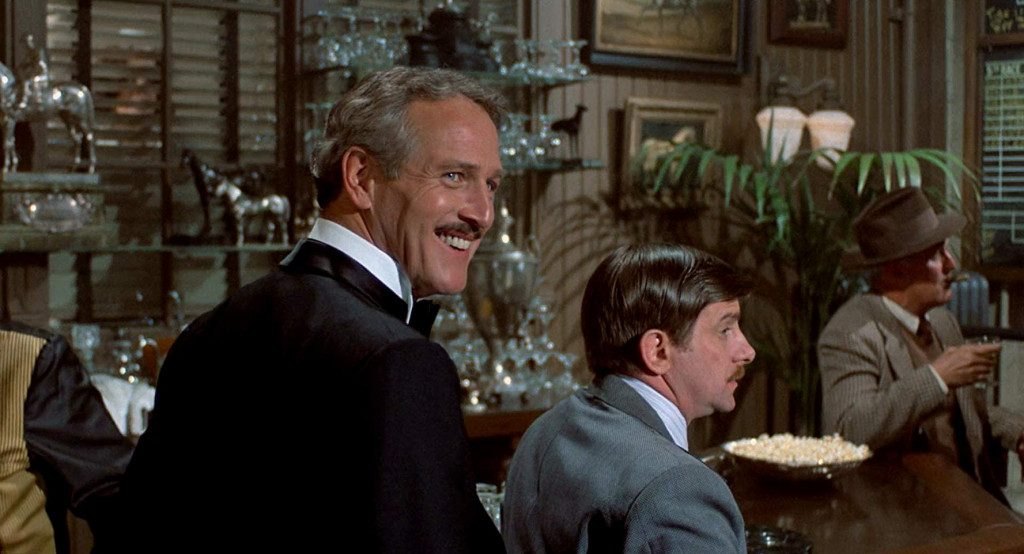 ‘The Sting’ introduces us to Johnny Hooker, a petty con man who cheats and steals from Doyle Lonnegan. However, unknown to him, Doyle is a big time crime boss. As a repercussion of the incident, his partner Luther is killed. Now, on the run, Johnny seeks the help of Henry Gondorff to take down Doyle. Joined by several other con artists who want their share of the loot, the duo must avoid Doyle’s murderous tendencies while attempting to be successful in this dangerous game. 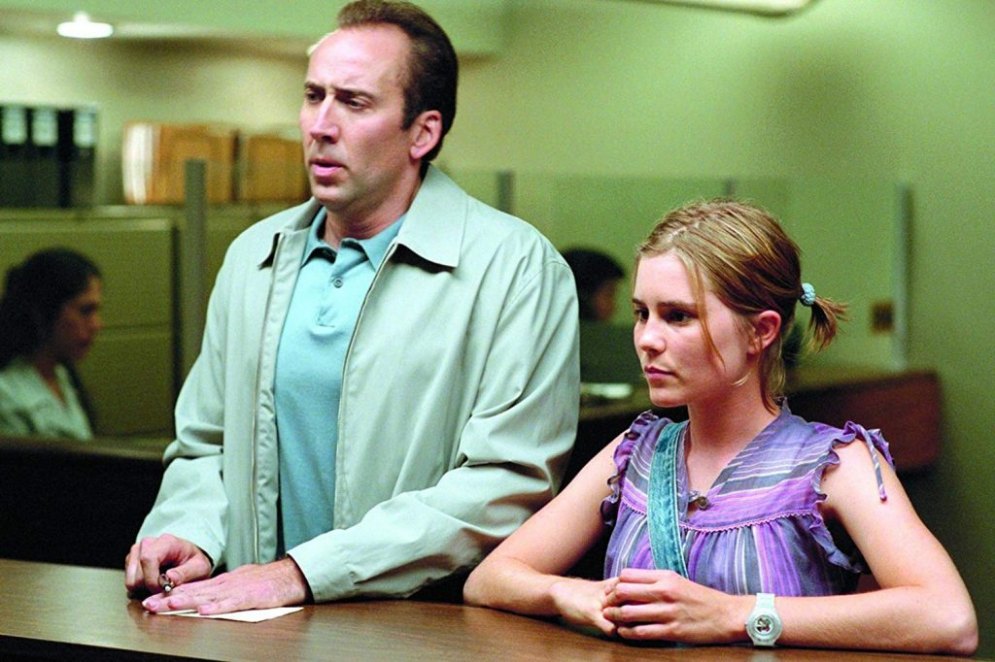 Roy and Frank are partners and professional small-time con artists. Currently, the focus of their crimes is swindling water filtration systems. What happens here is that customers pay ten times more the worth of these filters in the hope of winning false prizes such as cars, jewelry and overseas vacations. As a result, these scam artists win a few hundred dollars in every transaction. However, Roy suffers from obsessive-compulsive disorder and this is affecting his business productivity. Hence, he seeks the help of a psychoanalyst and his therapy sessions lead him to discover another secret — he has a 14 year old daughter named Angela. Now, when Angela enters his life, he starts developing affection for her while she on the other hand gets increasingly fascinated with her dad’s profession. 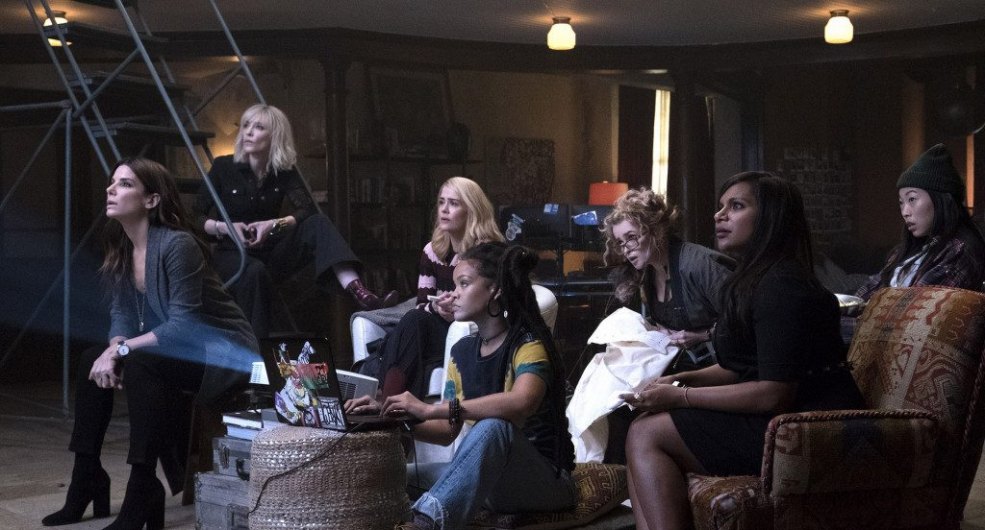 ‘Ocean’s 8‘, the last entry on our list, simply deserves a mention because it explores a similar theme and also stars one of the protagonists from ‘The Hustle’, namely Anne Hathaway. This heist comedy film, directed by Gary Ross and written by Ross and Olivia Milch, is a spin-off of the Ocean’s trilogy. It stars Sandra Bullock, Cate Blanchett, Mindy Kaling, Sarah Paulson, Rihanna, Helena Bonham Carter, and Awkwafina in major roles. The movie revolves around Debbie Ocean, the estranged sister of Danny Ocean, who is recently released from prison. She leads a team to execute a heist at the annual Met Gala. Full of twists and turns, this female-centric crime drama is definitely a must watch for all heists/con flick enthusiasts.