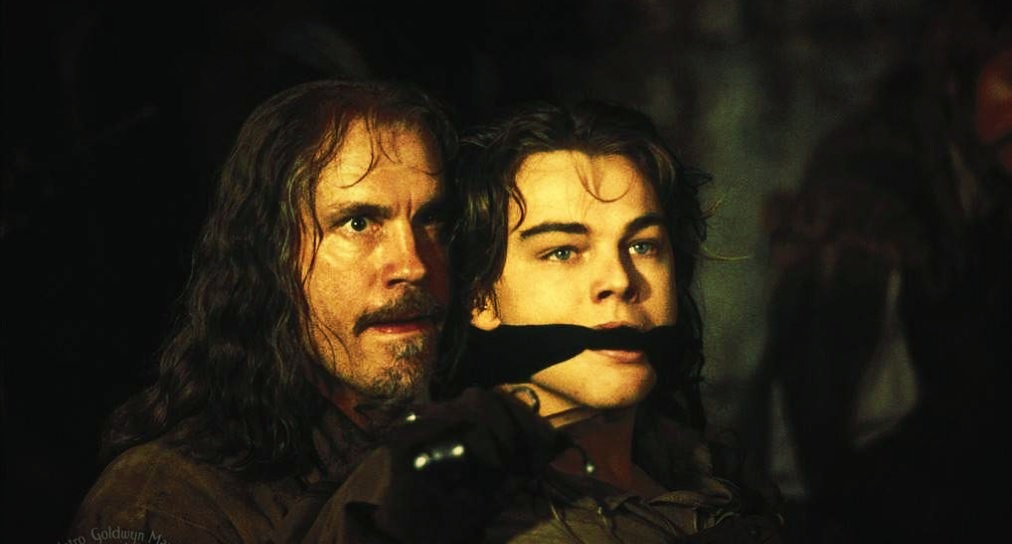 ‘The Man in the Iron Mask’ uses tropes like a masked vigilante and twin sibling melodrama to weave a powerful tale of loyalty, faith, forgiveness, duty, compassion, and kindness. Written and directed by Randall Wallace, the film stars Leonardo DiCaprio  in the dual roles of King Louis XIV, the cruel ruler of France and his secret twin brother, Philippe Bourbon. To hide this fact, the King keeps him imprisoned. Now, Bourbon has to take it upon himself to climb out of the prison and bring peace and prosperity in the kingdom which is reeling under the reign of his bother. DiCaprio leads the cast with Jeremy Irons, John Malkovich, Gerard Depardieu, and Gabriel Byrne as supporting cast. The film’s narrative is adapted from ‘The Vicomte of Bragelonne: Ten Years Later,’ written by Alexandre Dumas. It is shot by British cinematographer Peter Suschitzky, edited by William Hoy and the music is scored by English composer Nick Glennie-Smith.

One of the major flaws of the flick is that it suffers from is the poor screenplay and laborious direction, but it is compensated by the performances of the cast.  While DiCaprio leads the ranks with his mature performances as the twins, veteran actors Malkovich, Irons and Byrne help sharpen the quality. ‘The Man in the Iron Mask’ was produced and distributed by United Artists, and received a theatrical release on March 13, 1998. While the critical response did not look good, the movie won big at the box office, grossing $183 million against a budget of $35 million.

For this list, I have taken into account films which have a similar narrative structure. The selected names on this list primarily deal with multiple concepts through the lens of historical films based on the heroic deeds warriors. The films on this list are not critically acclaimed but are quite a fun watch. In addition, I have not included projects directed by Randall Wallace in order to have a more diverse selection. So, without further ado, here is the list of best movies similar to ‘The Man in the Iron Mask’ that are our recommendations. You can watch several of these movies like ‘The Man in the Iron Mask’ on Netflix, Hulu or Amazon Prime. 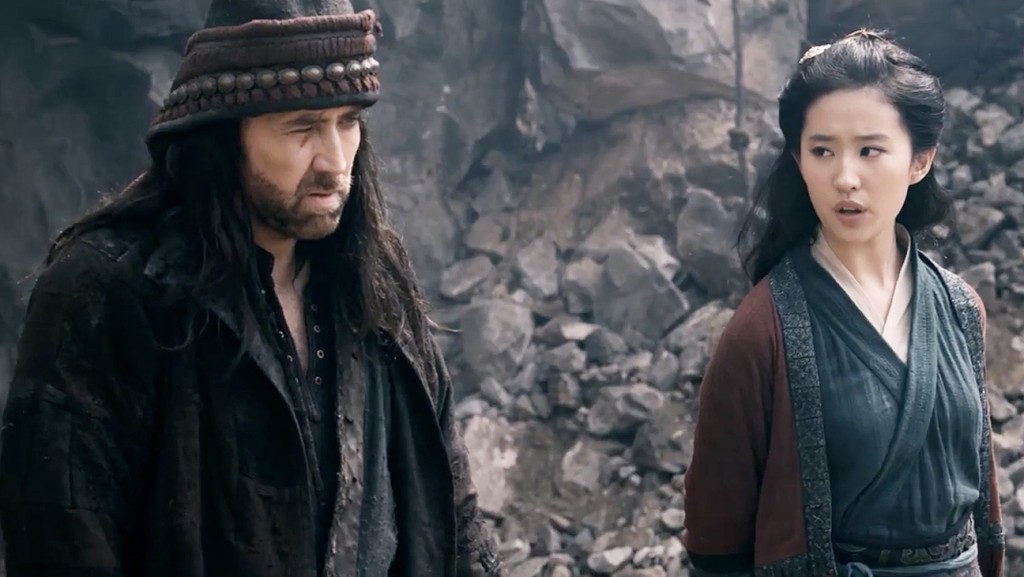 Directed by Nick Powell and written by James Dormer, ‘Outcast’ follows a mysterious warrior who joins forces with the daughter and son of an ousted Chinese Emperor in order to defeat their cruel brother. With Nicolas Cage leading the project, one can expect an over the top entertaining piece of work. However, despite this, the movie could not impress critics or audiences. With a mere 5% rating on Rotten Tomatoes and overall haul of of $4.8 million against a budget of $25 million, the flick might look like a flop on papers. However, don’t let the critical and commercial reception deceive you, as ‘Outcast’, even with a simplistic story, has some kicks to enjoy. 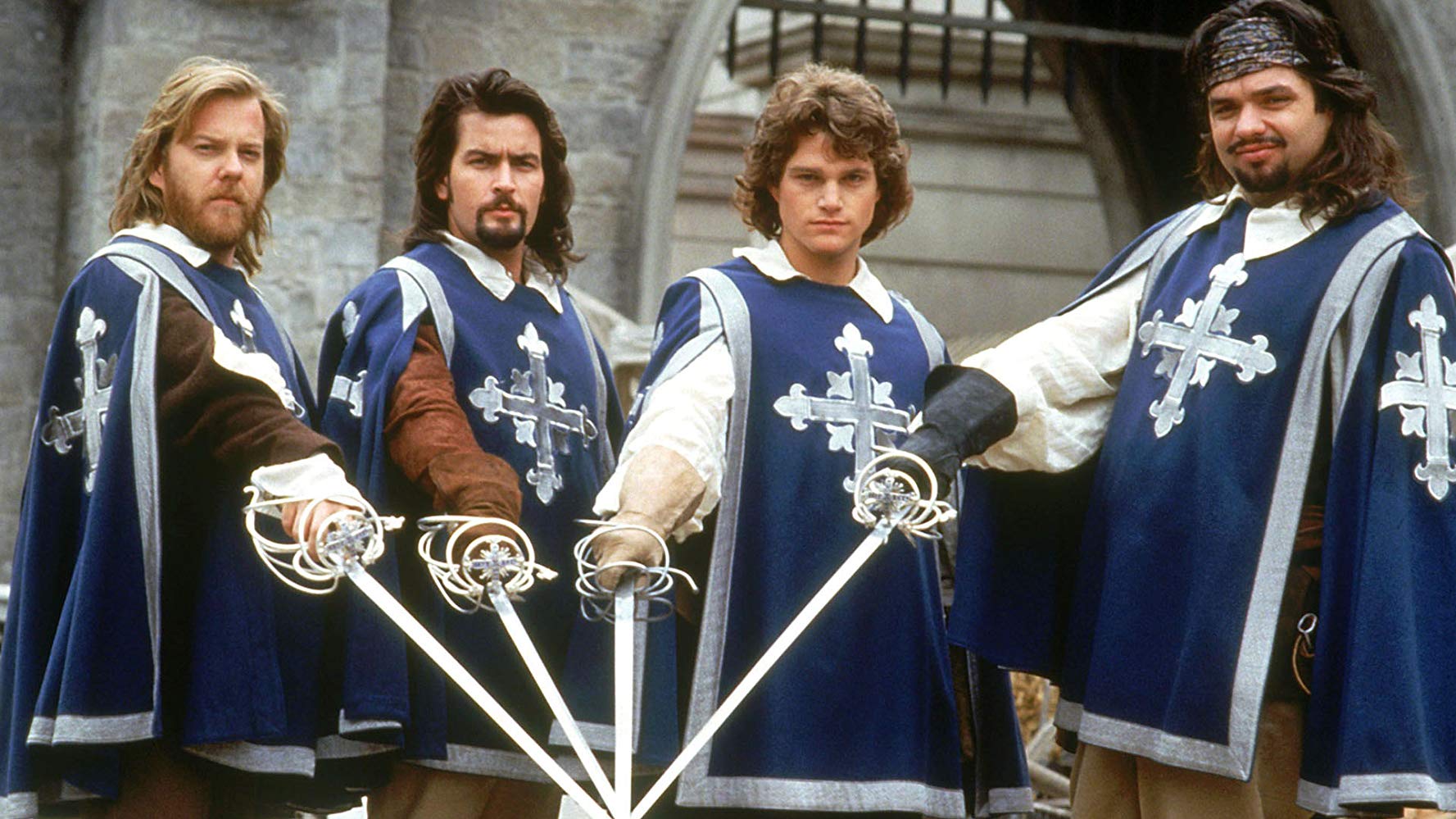 Adapted from the historical novel of the same name, written by Alexandre Dumas and published in 1844, ‘The Three Musketeers’ is a retelling of the story of the titular musketeers. Directed by Stephen Herek and written by David Loughery, ‘The Three Musketeers’ stars  Kiefer Sutherland, Oliver Platt and Charlie Sheen as the thee musketeers, Athos, Porthos and Aramis respectively, and Chris O’Donnell as D’Artagnan. Produced by Walk Disney Pictures, the action-adventure comedy received widespread criticism for altering the classic narrative and was accused of diluting its emotive credentials. While the makers do unnecessarily indulge over complex allusions and socio-political commentary, the film is quite a fun watch. Although ‘The Three Musketeers’ was not a critical darling, with a 31% on Rotten Tomatoes, the box office was in favor, as it grossed $53.9 million against a budget of $30 million. 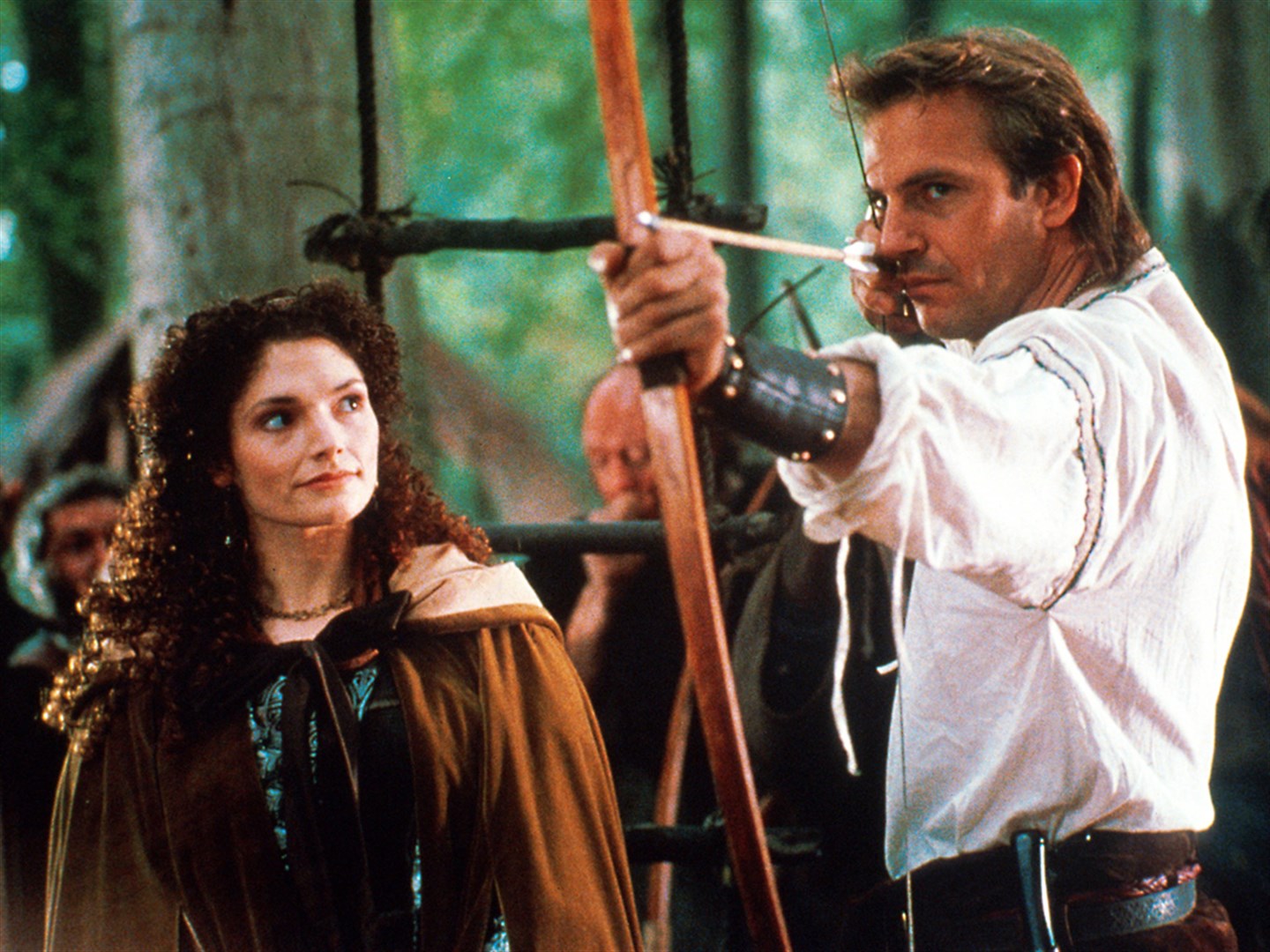 Directed by Kevin Reynolds and co-written by Pen Densham and John Watson, ‘Robin Hood: Prince of Thieves’ follows Robin, essayed by Kevin Costner and his friend Azeem, essayed by Morgan Freeman, who, after being banished from Nottingham, come back home to see the tyrannous rule of the Sheriff of Nottingham, essayed by Alan Rickman. Now, he must take it upon himself to shake up the order of the corrupt establishment. Based on the folk tale of Robin Hood, the film stumbles upon a screenplay that lacks coherence. The narrative is flunky and often drops the ball. While Kostner, Freeman and Rickman try to do their best to fuel up the experience, the film never manages to rise up from its own narrative problems. Despite the poor critical reception, ‘Robin Hood: Prince of Thieves’ hit big at the box office, grossing $390.5 million against a budget of $48 million, making it as one of the top grossing flicks of 1991. 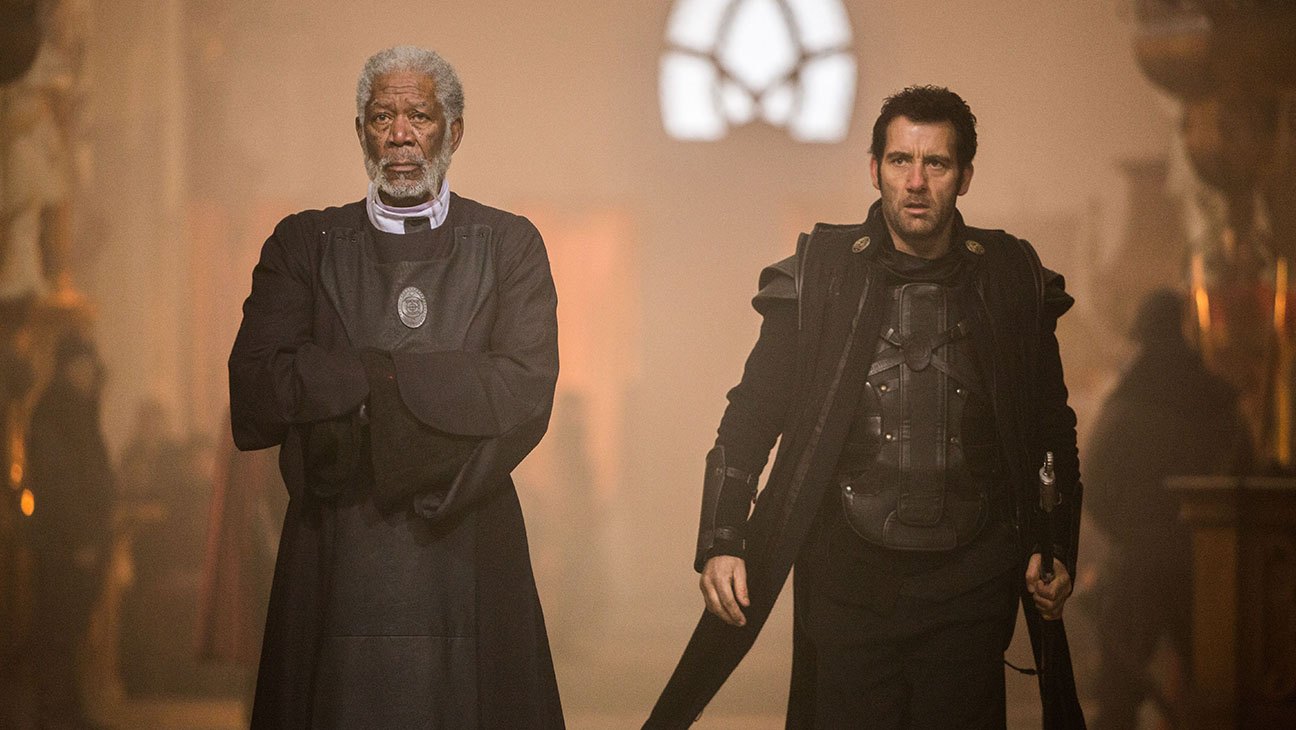 An action drama, ‘Last Knights’ stars Clive Owen as Raiden, a defeated warrior who rises from the metaphorical ashes against a corrupt and sadistic ruler to avenge his besmirched master, Bartok, essayed by Morgan Freeman. Directed by Kazuaki Kiriya and co-written by Michael Konyves and Dove Sussman, ‘Last Knights’ received criticism for a lackluster plot and poor narrative development. However, the stellar performances by Owen and Freeman come in rescue. The seasoned actors are in their top form while Own builds up the rebellious character archetype, Freeman dexterously showcases the apt mentor like spirit to shape the entire narrative. In addition, the cinematography by Antonio Riestra creates a visual flair that complement the narrative’s tonal intonations to a great deal. 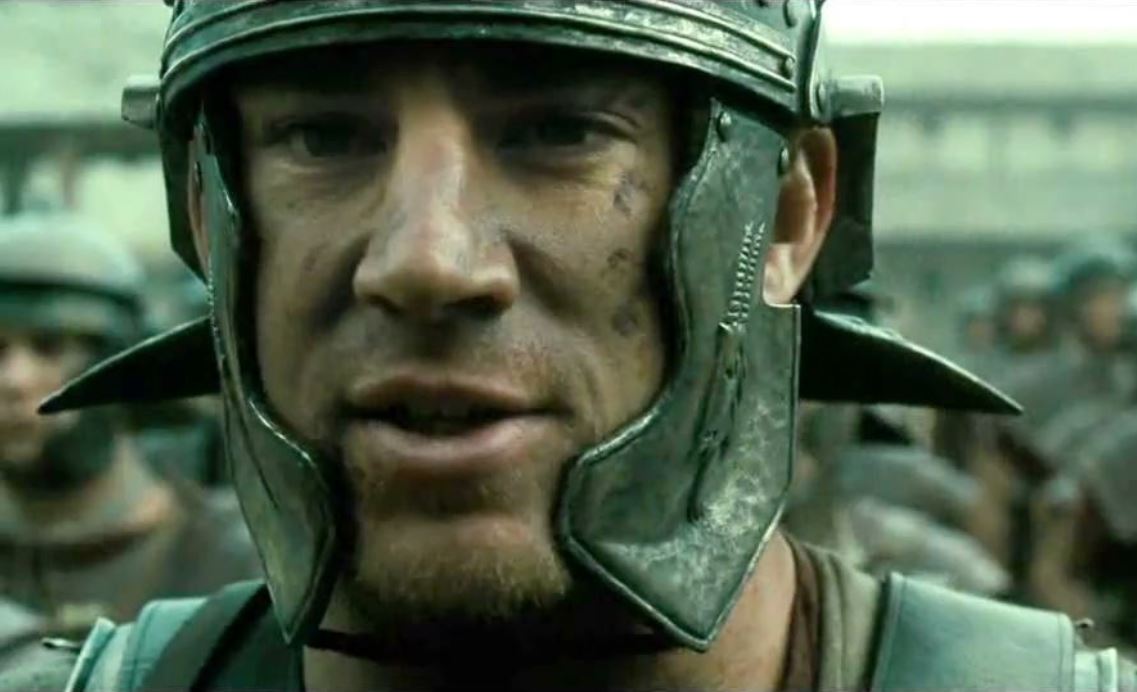 Adapted from the historical novel ‘The Eagle of the Ninth,’ written by Rosemary Sutcliff and published in 1954, ‘The Eagle’ is set in the  Britain under the Roman Empire. The plot follows Marcus Flavius Aquila, played by Channing Tatum, a young Roman soldier who embarks on a journey to honor his father’s memory by uncovering his lost legion’s golden emblem. The film’s production design is the strongest point while a low use of CGI and a reliance on practical effects provide it an atmosphere required for the experience. Although Tatum’s performance and and Kevin Macdonald’s direction drained the overall energy of the narrative, the battle induce a sense of adrenaline rush. While it wasn’t the most anticipated release of the week, the film surprisingly captured attention from critics and audience alike. Film critic Roger Ebert praised the film as “… it evokes the energy of traditional sword-and-shield movies.”

A period fantasy action-adventure film, ’47 Ronin’ focuses on a group of samurai, led by Kai, an adopted outcast, essayed by Keanu Reeves, who set out to avenge the death and dishonor of their master by the hands of a ruthless “shogun.” Directed by Carl Rinsch and co-written by Chris Morgan and Hossein Amini, the narrative of the movie stems from the Japanese folklore and literature of “Chūshingura”. The problem the movie is that it suffers from is a poor screenplay. This is one of the major reasons for its lukewarm critical as well as commercial reception. With an overall gross of $151.8 million against a budget of $175 million, it has earned the moniker of being one of the biggest commercial flops of 2013. However, the production design and the performances provide an entertaining cinematic experience. Although it is not a great film by any means, Rinsch’s direction keeps the fantastical essence intact which is an essential part of the narrative. 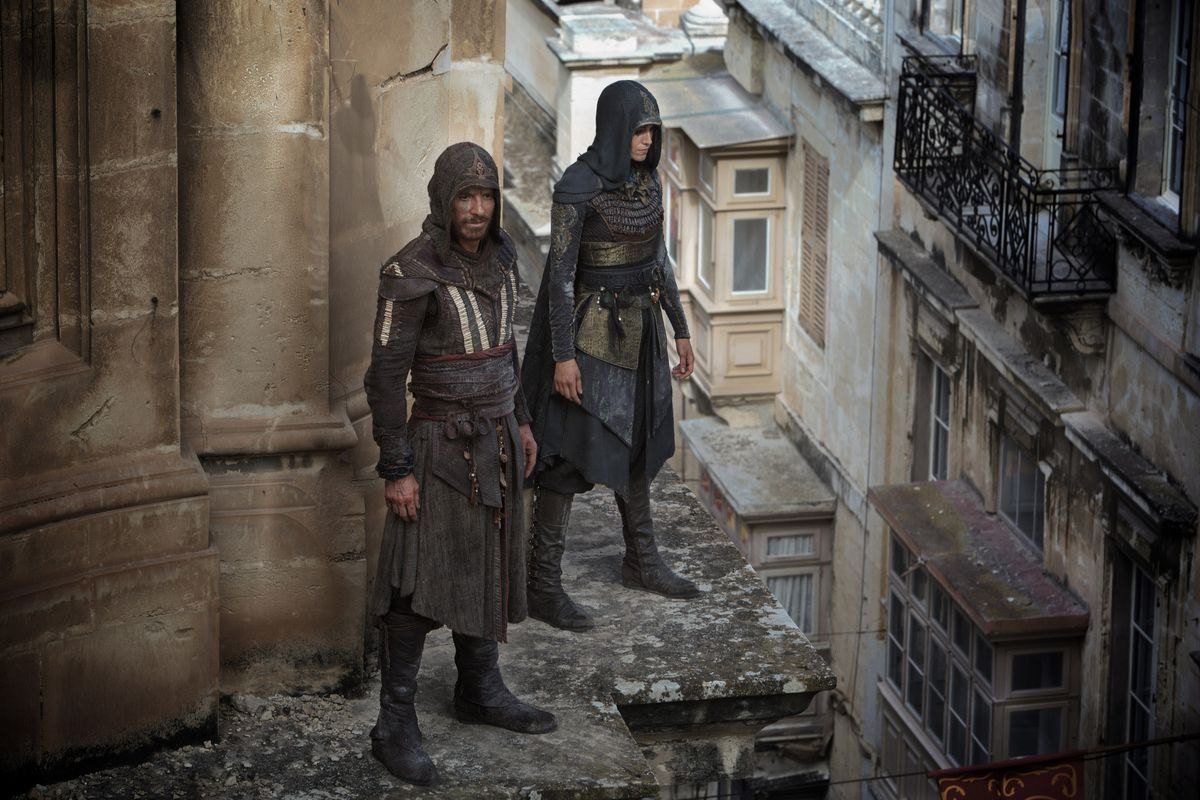 Directed by Justin Kurzel and co-written by Michael Lesslie, Adam Cooper and Bill Collage, ‘Assassin’s Creed’ is a feature film adaptation of the blockbuster video game of the same name. The plot follows the titular protagonist, played by Michael Fassbender, through the harrowing events of the Spanish Inquisition. Other cast includes Marion Cotillard, Jeremy Irons, Brendan Gleeson, Charlotte Rampling, and Michael K. Williams. The narrative gains momentum from the stunning performances of Fassbinder, Cotillard and Irons, as the three characters steer through the historical storyline. While the potential looked promising, the film suffers from the archetypal problems video game adaptations face. It is nonetheless an enjoyable experience as a standalone piece of work.  Produced on a budget of $125 million, it earned $240.9 million at the box office, making it a profitable venture. The success of the film also prompted Fox to go ahead with a possible sequel. 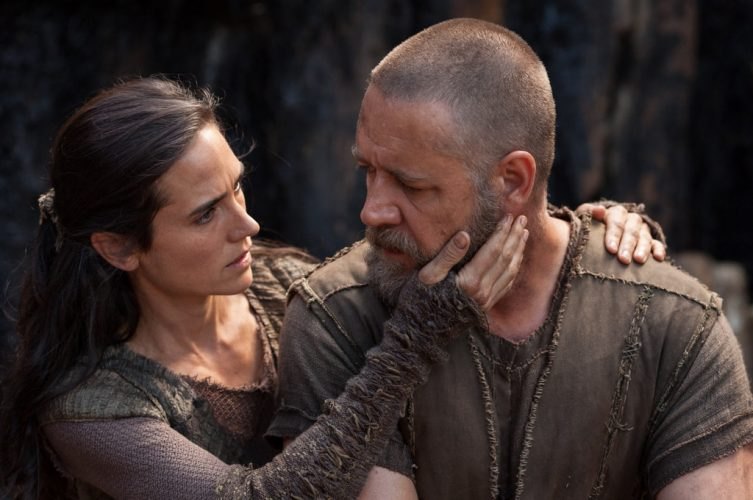 An epic Biblical drama, ‘Noah’ chronicles the popular story of the titular character, essayed by Russell Crowe, who is chosen by God to lead the vital mission of saving humanity before an apocalyptic flood completely engulfs dry land on Earth. Directed by Darren Aronofsky and co-written by Ari Handel and Aronofsky, ‘Noah’ rests on the shoulders of Crowe, who is complemented by the performances of Jennifer Connelly, Emma Watson, Ray Winstone, Logan Lerman, Douglas Booth, and Anthony Hopkins.

The film boasts of inspired performances and a mature direction while suffering from poor narrative progression. Aronofsky, as always in his archetypal directorial approach, takes risks within the narrative and provides a number of biblical allusions, which makes the film a complex tale. Yet, the movie was severly panned by the critics for a lack of racial diversity, coherence and pace. However, with the aforementioned aspects leading the film and its visual spectacle, ‘Noah’ won audiences’ hearts and performed immensely well at the box office.