10 Movies You Must Watch if You Love ‘The Social Network’

The Social Network is undoubtedly one of the smartest movies of the decade. Directed by David Fincher, the film follows Mark Zuckerberg (Jesse Eisenberg) as he forms Facebook and the subsequent lawsuits filed against him by his CFO for unfair share dilution and The Winklevoss twins for intellectual property theft. Fast-paced, engrossing and visually striking, the film is splendid in its execution. Although it is characterized as a biographical drama, it rather fits the modern emerging template of intellectual thrillers. Though it is a unique viewing experience unlike any other, the following films have created a similar experience based on their idea, plot execution, and themes. With that said, here’s the list of movies similar to The Social Network that are our recommendations. You can watch some of these movies like The Social Network on Netflix, Hulu or Amazon Prime. 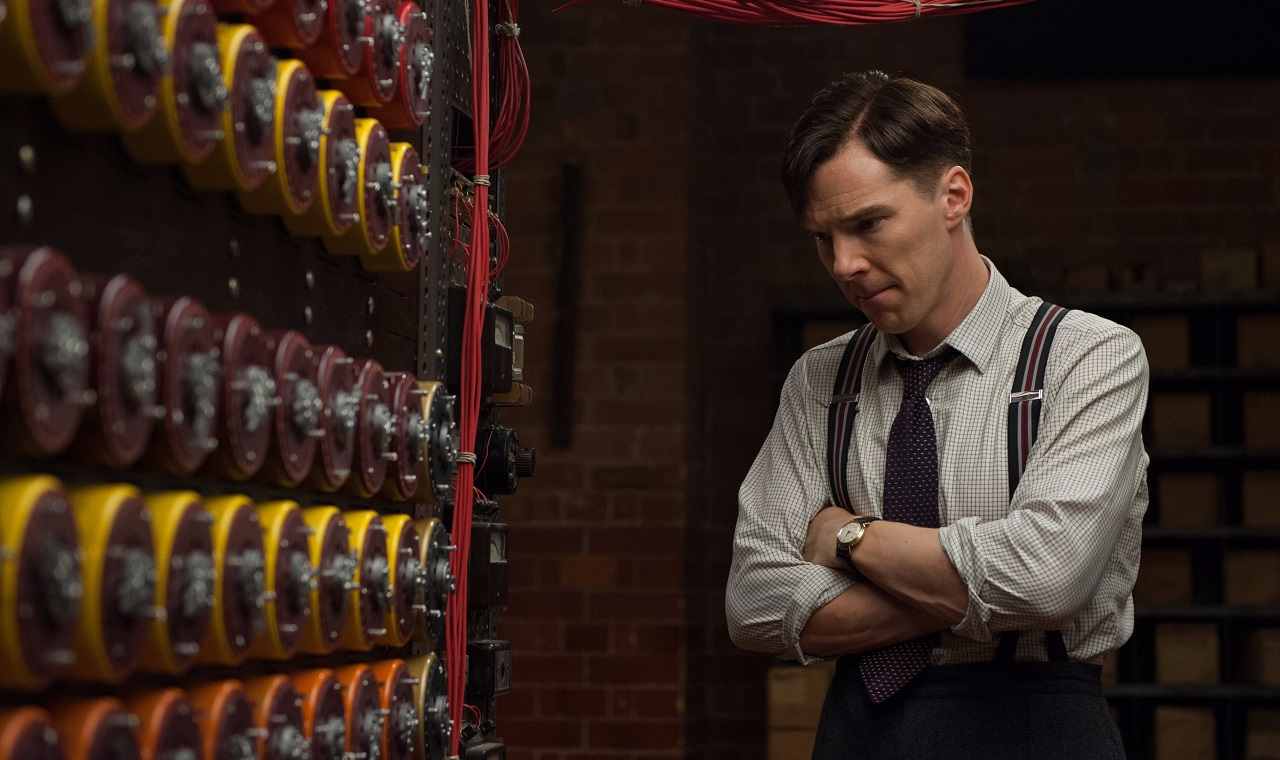 Starring Benedict Cumberbatch as the enigmatic brilliant mathematician Alan Turing who develops a machine to decrypt German intelligence codes for the British Government during the second world war. The film, featuring a brilliant performance by Cumberbatch highlights the political climate during the 1940s as well as the social prejudices prevalent during that time. A tragic yet unsung hero, the film details the career of Turing and how immensely instrumental his invention was in saving the life of millions. 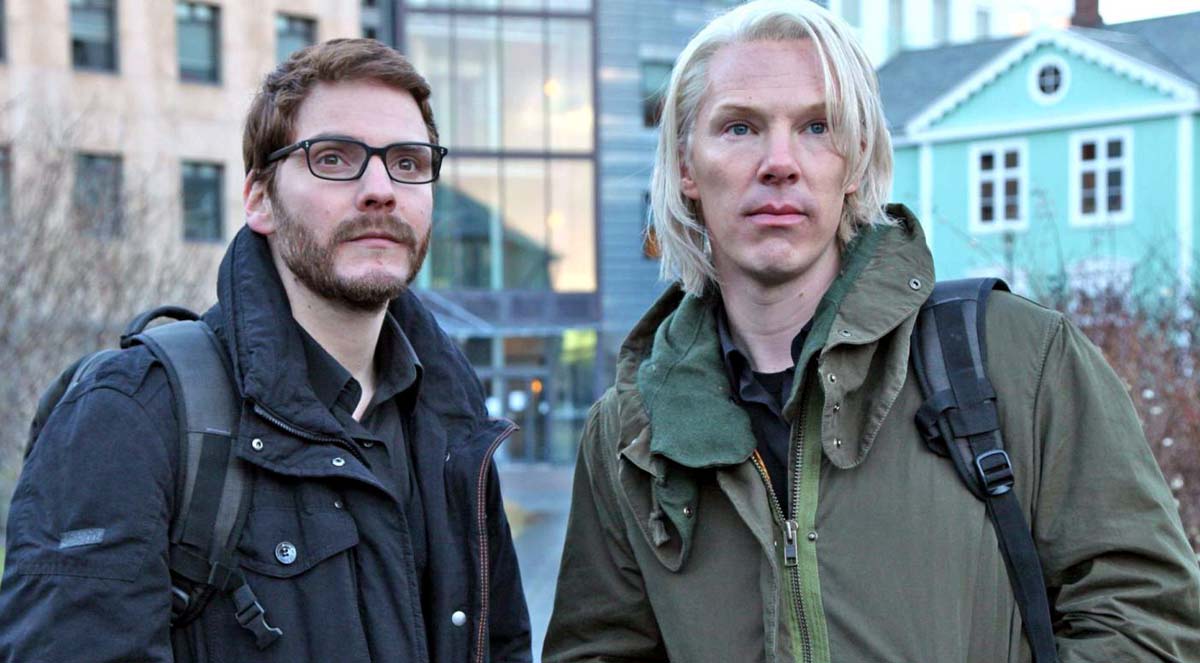 Starring Benedict Cumberbatch as Julian Assange, the editor-in-chief and founder of the news leaking website WikiLeaks. The film follows Assange and Daniel Berg (Daniel Bruhl) as they form WikiLeaks and subsequently the pressure and criticism they face from multiple outlets after they start leaking confidential documents. Centered on the relationship between Assange and Berg which starts off as great but gradually becomes more and more strained as their ideologies begin to diverge. The film itself received mixed reception upon release but is an extremely engrossing thriller which should definitely be viewed. 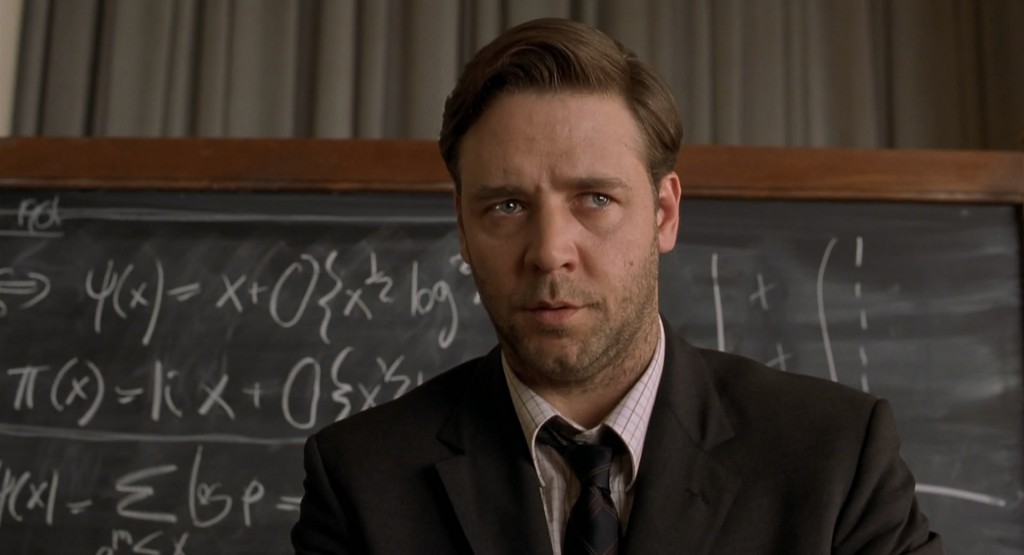 This Ron Howard directed drama follows the life of John Nash, a mathematician who suffers from delusions and paranoid schizophrenia but gradually overcomes them and goes on to win the Nobel Memorial Prize in Economics. The film, though mostly simple in its story and execution follows Nash through his early days at Princeton University and details his battles with paranoid schizophrenia. The beauty of the film lies on how it captures the working of Nash’s mind, his fears and delusions and even his genius. By the end, we feel the pain and fears which Nash felt throughout his life. Although straightforward, the film does have more heart and emotion than any of the other entries on this list and is a definite recommendation for anyone who likes intellectual movies.

This made-for-television film is often overlooked while discussing intellectual films. Not only is this probably the most accurate depiction of Steve Jobs and Bill Gates, but also the best depiction of their rivalry. The film, spanning 26 years, encompasses the careers of both men from the very beginning till 1997 ( until Jobs’ return to Apple after the latter acquire NeXT). Smart, funny, and most of all intellectual, the film is a must watch for any fan of the two great individuals who shaped the face of the modern computing world. 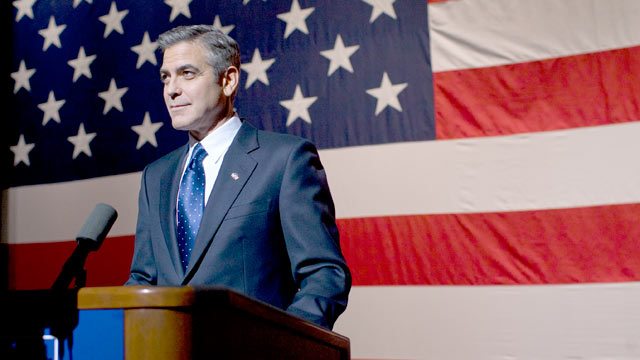 from writer Beau Willimon(creator of House of Cards) and director George Clooney comes this political thriller featuring Ryan Gosling, a junior campaign manager, finds his morality and his job threatened after he accidentally discovers a scandal. Showcasing Willimon’s brilliant understanding of the political scenarios, the film also has a House of Card’s vibe to it. Much like the Social Network, the Ides of March also deals with themes of betrayal, anger, and remorse. Appallingly underrated and often overlooked, the Ides of March is one of the best character pieces which have recently landed on the silver screen. 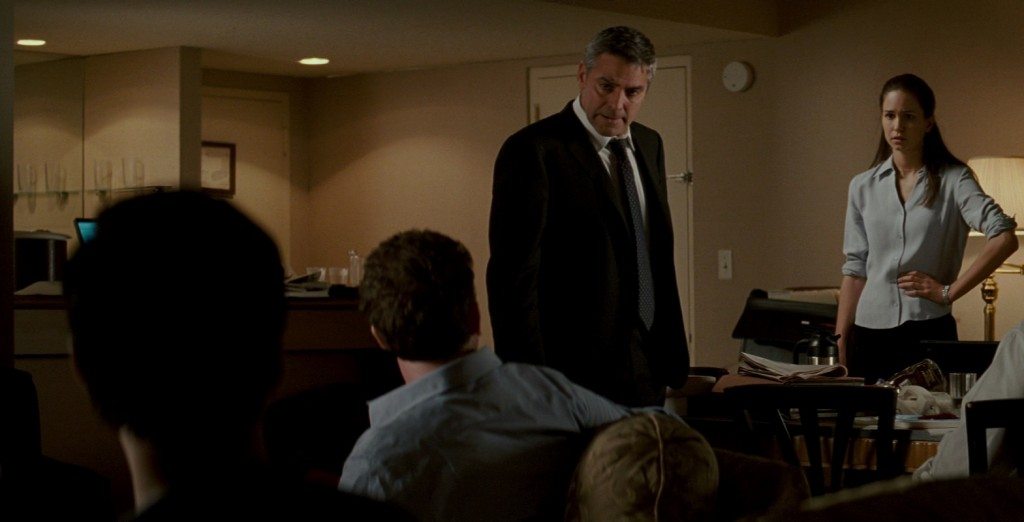 Starring George Clooney in the titular role, a “fixer” for a New York City law firm, who investigates the apparent suicide of his elderly colleague Arthur Edens while the latter was handling a lawsuit against a major agricultural products conglomerate. An intense viewing experience, the film successfully captures our attention and keeps the viewers engrossed until its climax. The bleak color pallet, the tense and gritty atmosphere and the constant feeling of foreboding will not wash off our minds even after the movie is finished. Like the Ides of March, this movie is often overlooked when it comes to intellectual thrillers. 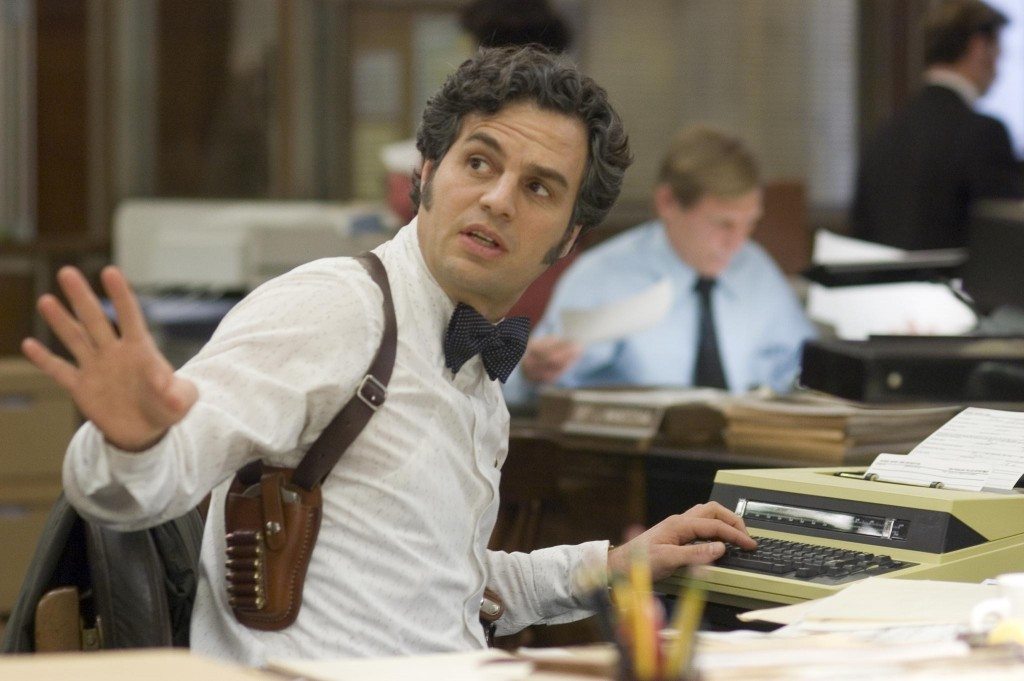 David Fincher’s recreation of the Zodiac killings from the late 1960s is a definite entry on this list. The film follows the careers of three individuals – a crime reporter, a detective and a cartoonist as they try to solve the killings. Roughly set over two decades, “Zodiac” demonstrates why Fincher is one of the best working directors. From his spot on recreation of the crime scenes to his detailed and intimate knowledge of the subject matter, Fincher leaves no room for error. To top that, the film features masterful performances from Jake Gyllenhaal, Mark Ruffalo, and Robert Downey, Jr as the three leads. Zodiac feels to be cut from the same cloth as The Social Network and that doesn’t have to do with the fact that the director is the same for both projects. Zodiac definitely ranks as one of the best movies of that decade. 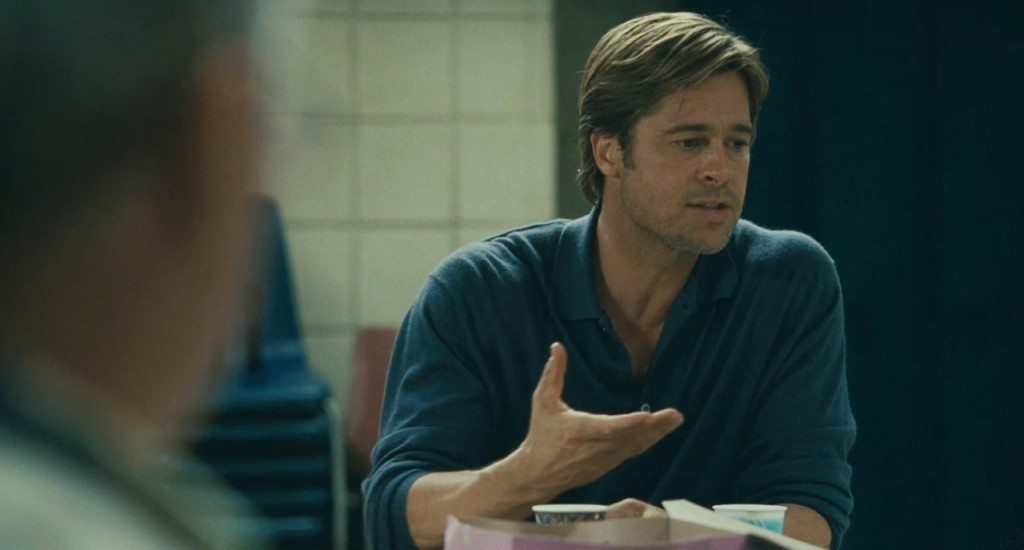 Another entry featuring Aaron Sorkin as a screenwriter. The film stars Brad Pitt as Billy Beane, the manager of Oakland Athletics baseball team who with the help from Peter Brand (Jonah Hill) forms a team filled with overlooked players using a statistical approach of selecting talent. The film’s genius lies in its simplicity. Unlike most Sorkin screenplays the film is mostly simple in its execution. Linear and chronological, the film details the quantitative use of sabermetric approach in baseball statistics. The film highlights the 2002 season of the Oakland Athletics, the resistance faced over the selection of such low key players and the eventual success of the sabermetric approach. 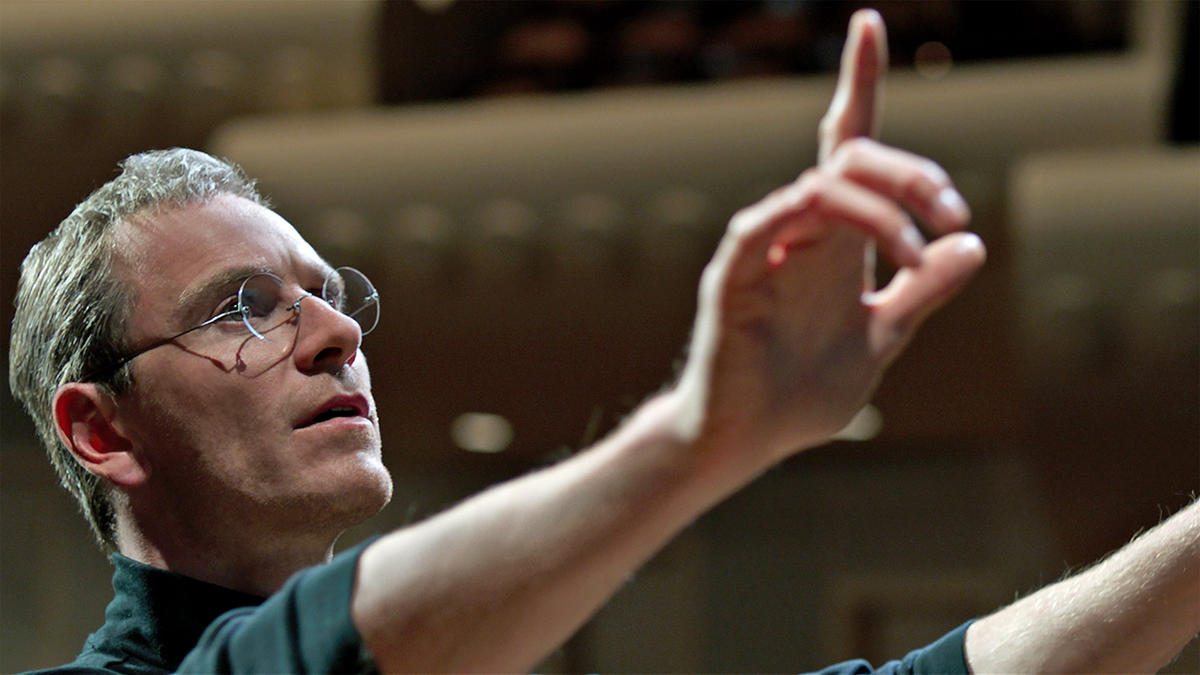 It would stand to reason that this film would make the list as it features the same writer, Aaron Sorkin. Directed by Danny Boyle and starring Michael Fassbender as Steve Jobs, the film also has a unique story structure. Instead of being a straight-up by-the-books biography, the film takes us behind the scenes at three of their biggest product launches- the 1984 Mackintosh launch, the NeXT computer launch in 1988 and the iMac launch of 1998. Through the character interactions and Sorkin-esque dialogue, the film brilliantly captures the ingenious and entrepreneurial mindset of the visionary leader. A brilliant character study, the film does justice to the great man. 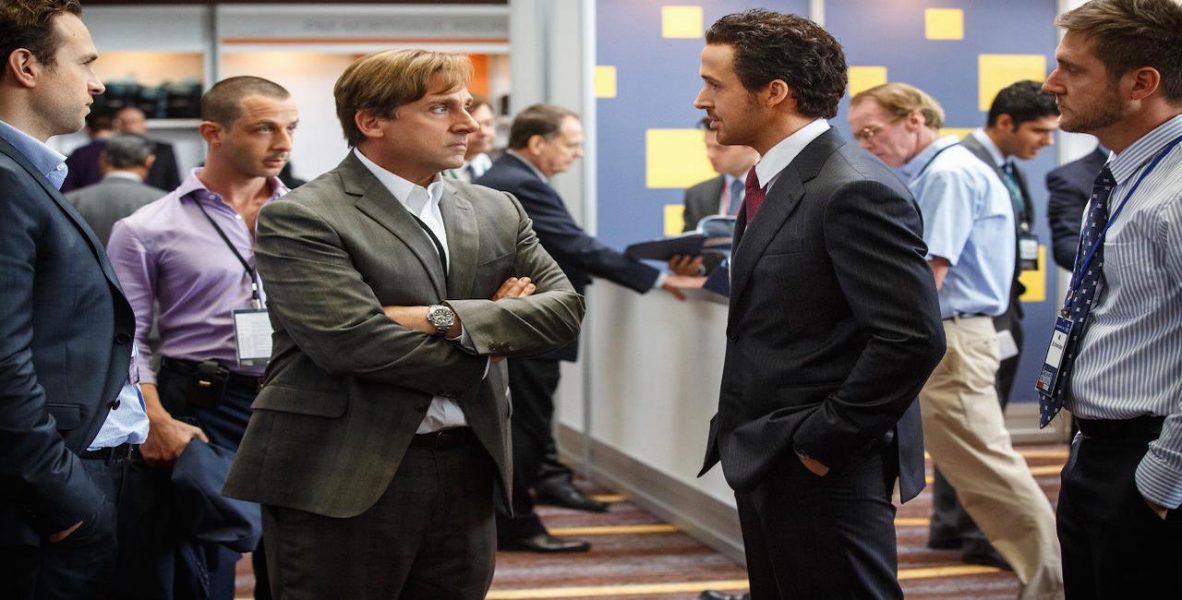 Directed by Adam McKay, the film deals with the 2007-08 financial crisis and how it originated. The film stars Christian Bale, Steve Carell, Ryan Gosling, Brad Pitt as four people who all predicted the crash beforehand and profited immensely by betting against the market. The film details the corruption and greed prevalent among the big banks and how their ignorance led to the greatest depression in the world. It takes a satirical approach to the crisis and often uses humorous plot devices to explain aspects of the finance market. Its satire also highlights the inner message of caution as it hints that something like this might happen again.