David Ayer is one of the handfuls of filmmakers active in Hollywood these days who can make violence look beautiful. His latest offering, the 2020 action-thriller ‘The Tax Collector’, proves this once again. Based on a story by Ayer himself and starring Shia LaBeouf, Bobby Soto, and George Lopez, the film revolves around David (Soto) and Creeper (LaBeouf), a pair of “tax collectors” working for a powerful crime lord in Los Angeles. They visit some of the most dangerous neighborhoods in the city to get the crime lord’s share from the profits made by local gangs. However, things begin to fall apart when an old rival of their boss comes back to Los Angeles, and now David must do everything he can to protect the people close to him. ‘The Tax Collector’ came out on August 7, 2020, in selected theaters and digitally on demand. If you have already seen it and are curious about movies with similar storylines, here are our seven best suggestions. You can watch several of these movies like Tax Collector on Netflix, Hulu, or Amazon Prime. 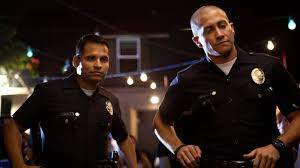 The first entry on this list is also a David Ayer directorial venture. In ‘End of Watch’, Jake Gyllenhaal and Michael Peña star as partners in the Los Angeles Police Department (LAPD). The film concentrates on exploring the relationship and camaraderie between the two main characters and how they must watch each other’s back to ensure that they both return home alive at the end of the day. The troubled and degenerating neighborhoods of Los Angeles play a crucial role in this film as well. 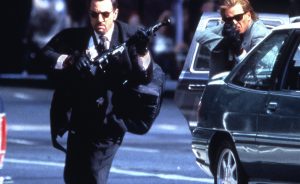 Michael Mann’s crime drama ‘Heat’ is a masterpiece. Equipped with a stellar cast that includes the likes of Al Pacino, Robert De Niro, and Val Kilmer, the film tells the riveting story of a cat-and-mouse game between veteran police officer Vincent Hanna (Pacino) and master thief Neil McCauley (De Niro). In a memorable scene, the two characters, despite being on the opposite sides of the law, find out that they have more things in common than they care to admit. Since its release, ‘Heat’ has inspired a generation of filmmakers, including Ayer. 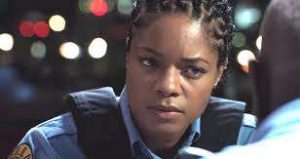 ‘Black and Blue’ is one of the two entries on this list that is not set in Los Angeles. Director Deon Taylor chose New Orleans to serve as the backdrop for his tale of police corruption and racial profiling and disenfranchisement. However, with long-time Michael Mann collaborator Dante Spinotti helming the photography department, the dark and foreboding aspects of the script were immensely accentuated, making the audience feel the urgency and terror of the protagonist, a young black female police officer who accidentally witnesses her superiors killing an unarmed drug dealer in cold blood. 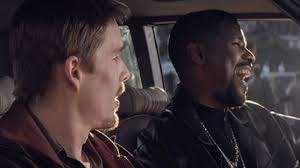 Ayer is the writer of the film that finally got Denzel Washington his Best Actor Oscar. The rampant violence in the streets of Los Angeles and widespread corruption in the LAPD are the two key components that the movie focuses on. Washington plays narcotics detective Alonzo Harris. Most people in the department know that Harris is dishonest, with some even being in league with him. Jake Hoyt (Ethan Hawke) is the young recruit whose evaluation is supposed to be overseen by Harris. In the course of the film, Hoyt learns that he should be more careful around his colleagues than actual gangsters. 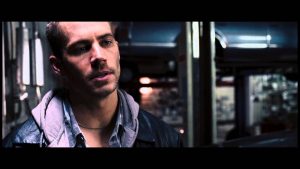 Written and directed by Wayne Kramer, ‘Running Scared’ is the other entry on the list in which Los Angeles has not been used as the backdrop. The film depicts late Paul Walker as Joey Gazelle, a small-time member of the mafia in New Jersey. When a drug deal gets botched, and some police officers are killed, Joey is ordered by his boss to discard the incriminating guns. Instead, he brings them to his home where the friend of his son finds them and uses one to shoot at his abusive father, before running away. Now, Joey must race against time to find the kid. 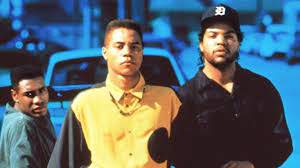 ‘Boyz n the Hood’, the classic coming-of-age drama, is an honest and gritty look at the hood life in Los Angles. Centered around Jason “Tre” Styles III (Cuba Gooding Jr.) and Darrin “Doughboy” Baker (Ice Cube), the film is a cautionary tale about the pursuit of the perceived glitz and glamour in the criminal world. Both Gooding Jr and Cube received positive reviews for their respective portrayals. John Singleton, who made his debut as a director with his movie, was nominated for two Oscars, including best director.

‘My Family’ is an indie drama directed by Gregory Nava and tells the story of three generations of Sánchez family, who had originally emigrated from Mexico to Los Angeles. The film stands apart from the rest of the entries on the list as it predominantly celebrates the Latino ethos, but there is an ample amount of crime in this film to satisfy most Ayer fans.