8 Movies You Must Watch if You Love The Wedding Singer

Directed by Frank Coraci and written by Tim Herlihy, ‘The Wedding Singer’ stars Adam Sandler as Robbie Hart and Drew Barrymore as Julia Sullivan, who while being engaged to other people, start falling in love with each other. A romantic comedy, ‘The Wedding Singer’ is a beautiful piece of work. Released at a time when Sandler was at the top of his game, the film went on to become one of the biggest hits in his career, showcasing all the talents of the actor. Sandler is supported by the performance of Barrymore, who brings her own sweetness to the narrative. It is shot by American cinematographer Tim Suhrstedt, edited by Tom Lewis and the music is composed by American film composer and musician Teddy Castellucci. Co-produced by Robert Simonds and Jack Giarraputo, and distributed by New Line Cinema, the movie was a box office hit, grossing $123.3 million against a budget of $18 million.

The movie also features a magnificent soundtrack which consists of artists such as Madonna, Bruce Springsteen, Wham! And David Bowie. The music provides a funny and easy-going tonality for the tone of the narrative. I have taken into account films which have a similar narrative structure. The selected names on this list primarily deal with multiple concepts through the lens of romantic musical comedies. In addition, I have not included projects directed by Frank Coraci in order to have a more diverse selection. So, without further ado, here is the list of best movies similar to ‘The Wedding Singer’ that are our recommendations. You can watch several of these movies like ‘The Wedding Singer’ on Netflix, Hulu or Amazon Prime. 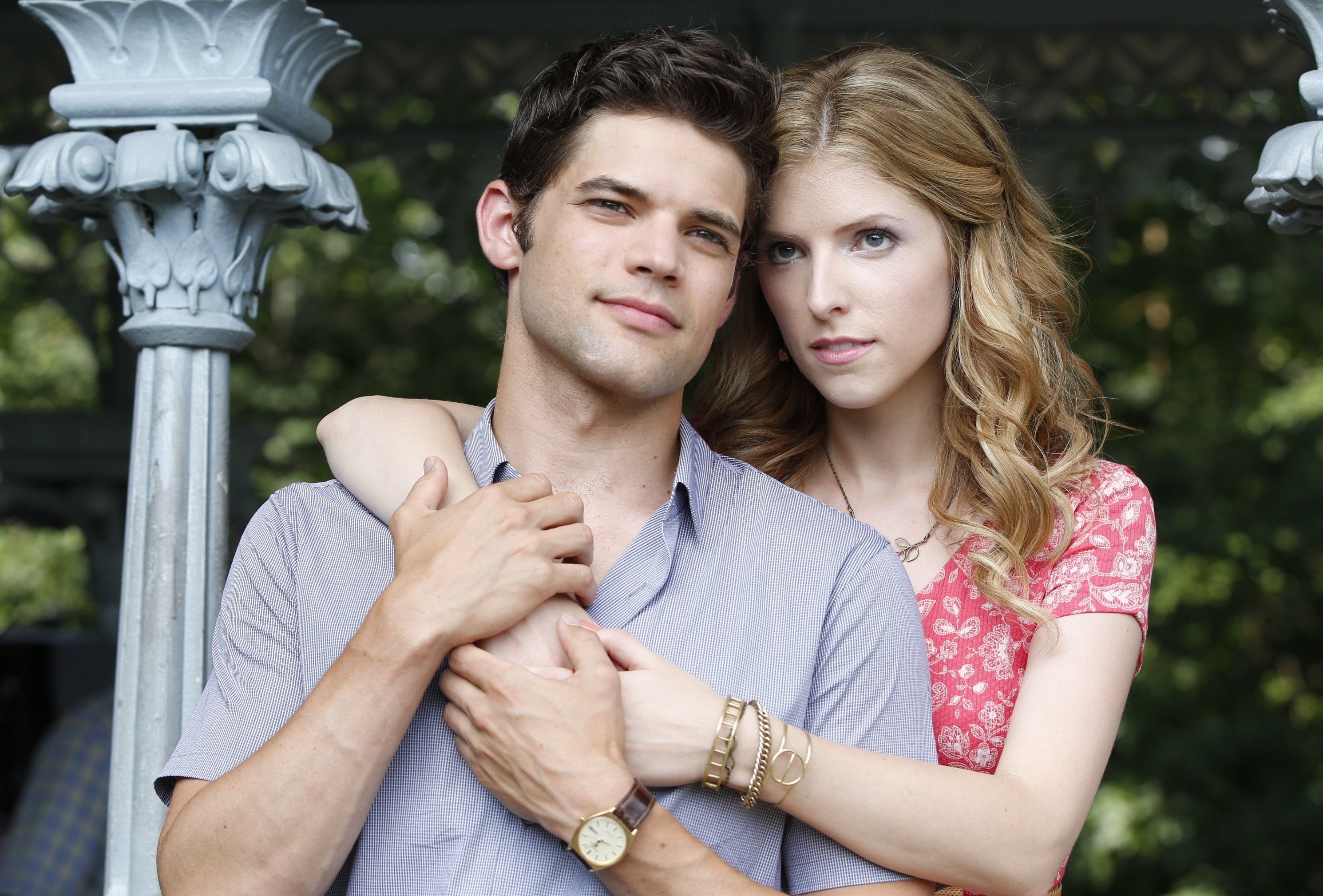 Written and directed by Richard LaGravenese, ‘The Last Five Years’ stars Anna Kendrick as Cathy Hiatt, a struggling actress and Jeremy Jordan as Jamie Wellerstein, a novelist. The plot follows a passionate love affair that blooms over the passage of time, and told in a non-linear format. ‘The Last Five Years’ premiered at the Toronto Film Festival and receive moderately positive reviews. The film is led by the performance of Anna Kendrick, who absolutely shines with her incandescent acting talent. In addition, the performances are complemented by music, which is scored by Jason Robert Brown. The flick, due to its limited release, failed to attract attention it deserves. Nevertheless, it went on to become an absolute darling for the aforementioned performances of Kendrick and Jordan. 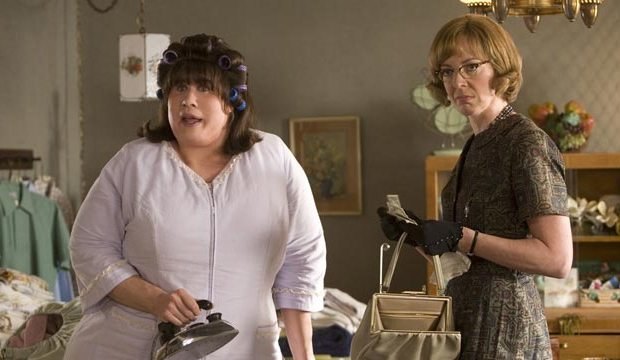 A remake of the satirical dance film of the same name directed by John Waters, ‘Hairspray’ follows Nikki Blonsky as Tracy Turnblad, an optimistic and overweight teenager who dreams of becoming a celebrity dancer on a local TV show. The girl also wants to stand up against racial segregation. Directed by Adam Shankman and written by Leslie Dixon, ‘Hairspray’ boasts of an ensemble cast that includes John Travolta, Michelle Pfeiffer, Christopher Walken, Amanda Bynes, and Zac Efron. What makes the film such compassionate watch is the socio-political commentary on racial segregation. While the musical pieces and the comedic tonality provide fodder for our laughter, the underlying commentary gives us a chance to think about something that calls for immediate attention. 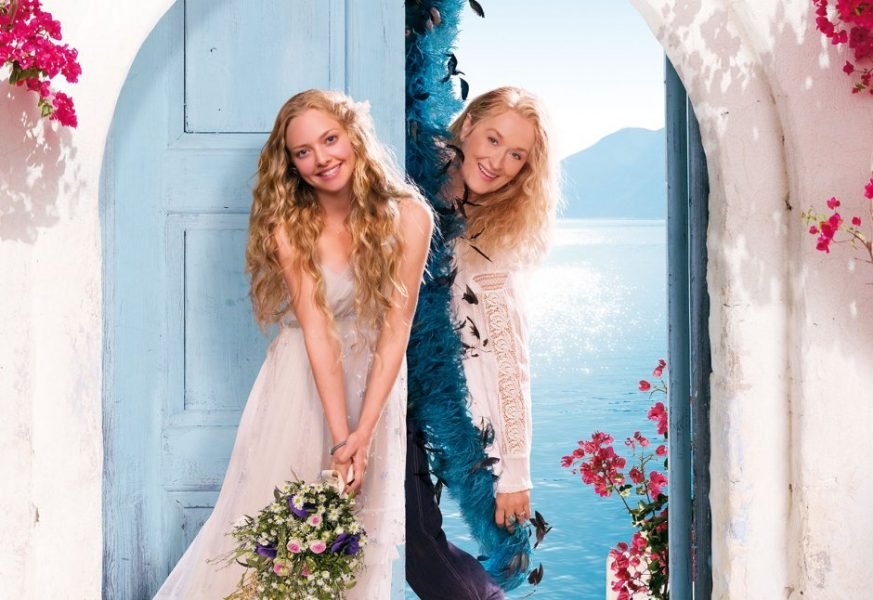 A sequel to ‘Mamma Mia!,’ directed by Phyllida Lloyd, ‘Mamma Mia! Here We Go Again,’ picks up the storyline five years after the events of the first film. The plot follows Sophie Sheridan, the daughter of Donna Sheridan-Carmichael, as she prepares for the grand reopening of the Hotel Bella Donna. The narrative then shifts it focus on the past of Donna which provides us with the perspective of the musical genetics developed through generations.

The film boasts of brilliant performances by Meryl Streep, Amanda Seyfried and Lily James, which is the soul of the experience. In addition, the movie makes up for the lackey screenplay of ‘Mama Mia!’ which creates a cohesive narrative. ‘Mamma Mia! Here We Go Again’ received positive reviews from critics and grossed $395 million against a budget of $75 million, making it as one of the most profitable ventures of the year. 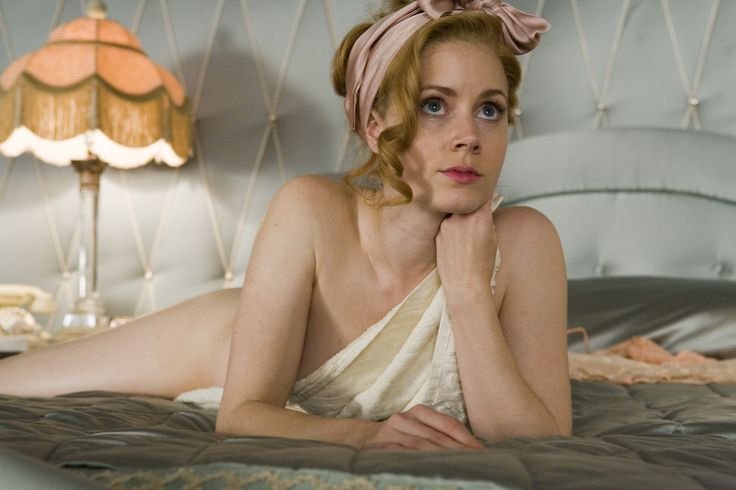 Directed by Kevin Lima and written by Bill Kelly, ‘Enchanted,’ set in Andalasia, follows Giselle, a young maiden who is forcefully sent away to New York City in the midst of her gala wedding preparations by an evil queen. While things look bleak, she meets Prince Edward, a narcissistic yet well-meaning young man. She falls head over heels in love with him. Starring Amy Adams and James Marsden as lovers,  ‘Enchanted’ employs the classic fairy tale archetype to create a compassionate piece of work. Adams, in particular, shines as she completely drenches herself with her character’s aesthetics with dexterity. The film also helped the actress gain mainstream credibility cemented her reputation as a fantastic actress. With an overall box office gross of $340.5 million against a budget of $85 million, the movie emerged as a blockbuster with a potential sequel on the horizon. 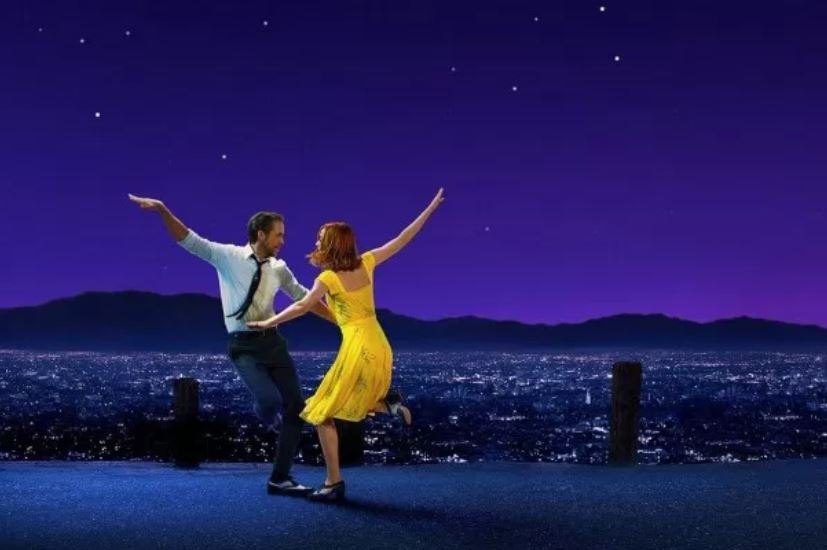 A romantic comedy-drama musical, ‘La La Land’ stars Ryan Gosling as Sebastian Wilder, a jazz pianist and Emma Stone as Mia Dolan, an aspiring actress. The film follows the ups and downs of life of the couple while the fall for each other and navigate through their careers in the wonderful city of Los Angeles. Written and directed by Damien Chazelle, ‘La La Land’ is an ode to the classic era of Hollywood when musicals prevailed and showcased the wonder of cinema. While Chazelle showcases his dexterity in crafting musicals and the two actors prove their talents, the soul of the film is Justin Hurwitz’s soulful musical score.

Although it received a fair share of negative reviews, ‘La La Land’ is a wonderful piece of work. The movie premiered at the Venice Film Festival and received with widespread critical acclaim. Nominated for fourteen Academy Awards, it also holds the record for the the highest number of nominations. In addition, the film scored big at the box office, grossing $446.1 million against a budget of $30 million. 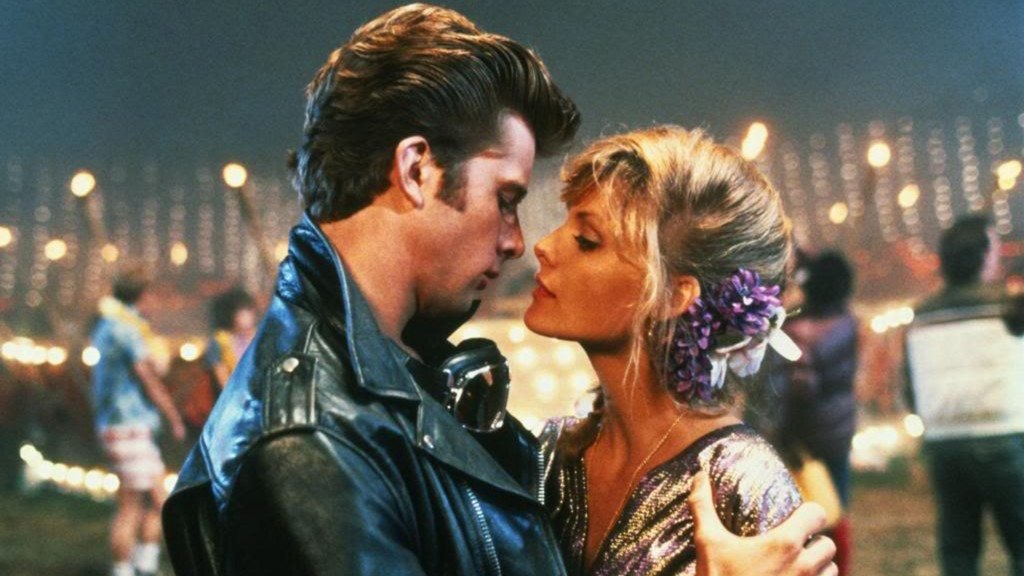 Directed by Randal Kleiser and written by Bronte Woodard, ‘Grease’ stars Olivia Newton-John and John Travolta as Australian transfer student Sandy Olsson and greaser Danny Zuko receptively. The plot follows the duo as they fall in love with each other as two high school students.  Adapted from the musical of the same name, co-created by Jim Jacobs and Warren Casey, ‘Grease’ is powered by the wonderful and slick performances of Travolta and Newton-John. The film won the hearts of both critics and audiences and captured its spot on several “best of the year” lists. In addition, the movie grossed $396 million against a budget of $6 million, making it one of the most successful musicals of all time. ‘Grease’ is also listed in American Film Institute’s “100 Years…100 Passions” and “Greatest Movie Musicals”. 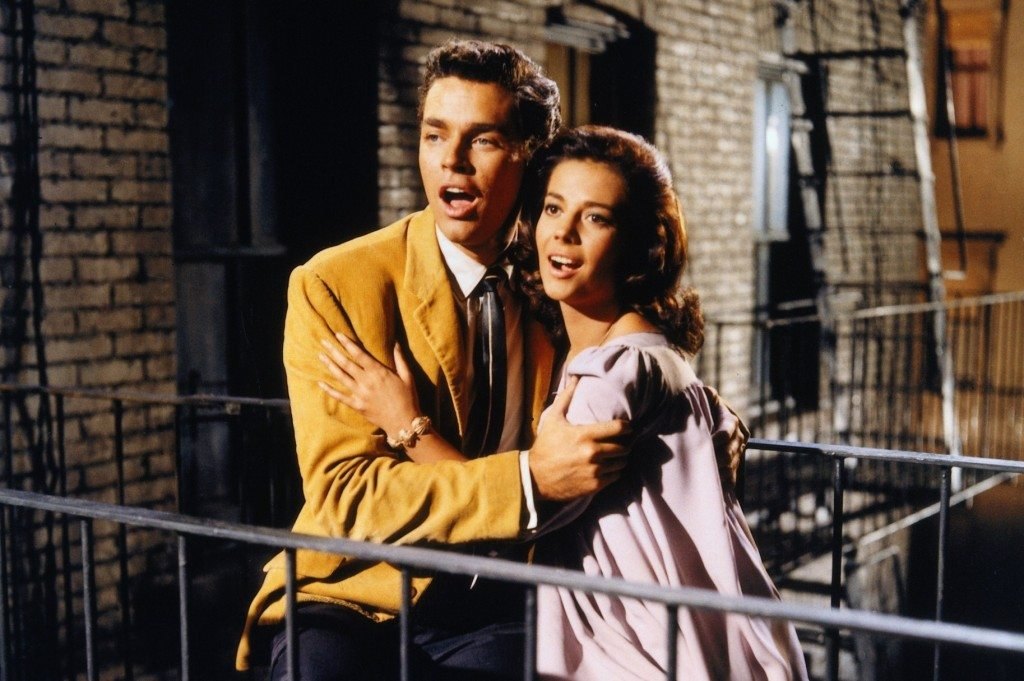 A romantic musical drama set in New York City, ‘West Side Story’ tells the passionate love story of Maria and Tony, two youngsters from two warring street gangs. However, tensions arise between their gangs which create obstacles to their budding love. Co-directed by Robert Wise and Jerome Robbins and written by Ernest Lehman, the film is adapted from the Broadway musical of the same name, which elements of William Shakespeare’s tragedy ‘Romeo and Juliet’ sprinkled over the narrative.

The film oozes of passion and romance, which has made it one of the most beloved musicals of all time. With ten Academy Award wins to its name, ‘West Side Story’ has been one of the most successful films at award ceremonies. Through the passage of time, it has been inducted in American Film Institute’s “100 Years…100 Movies,” “100 Years…100 Passions” and “Greatest Movie Musicals.” In 1997, the was selected for preservation at the National Film Registry. 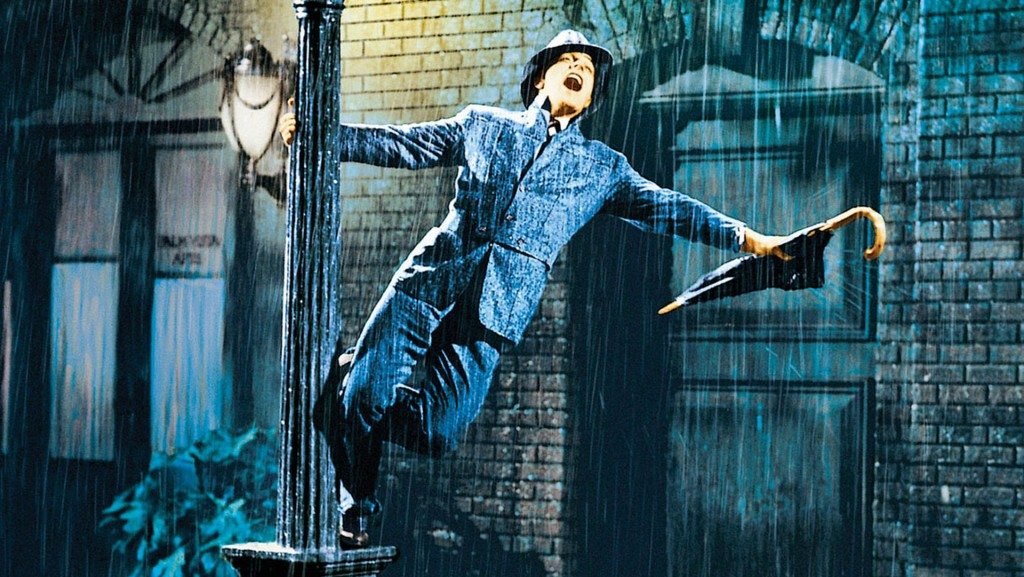 Co-directed by Gene Kelly and Stanley Donen and co-written by Betty Comden and Adolph Green, ‘Singin’ in the Rain’ is set in the last days of Hollywood’s silent era of the 1920. The plot revolves around a silent film production company and cast who struggle to adapt the new world of talkies. While the film went on to become a classic over time, it wasn;t an instant success at the time of its release. With foot-tapping musical pieces and great performances, ‘Singin’ in the Rain’ is celebration of a bygone era of Hollywood. The film holds rating of 100% on Rotten Tomatoes and has the esteemed position of number one on American Film Institute’s “Greatest Movie Musicals.”