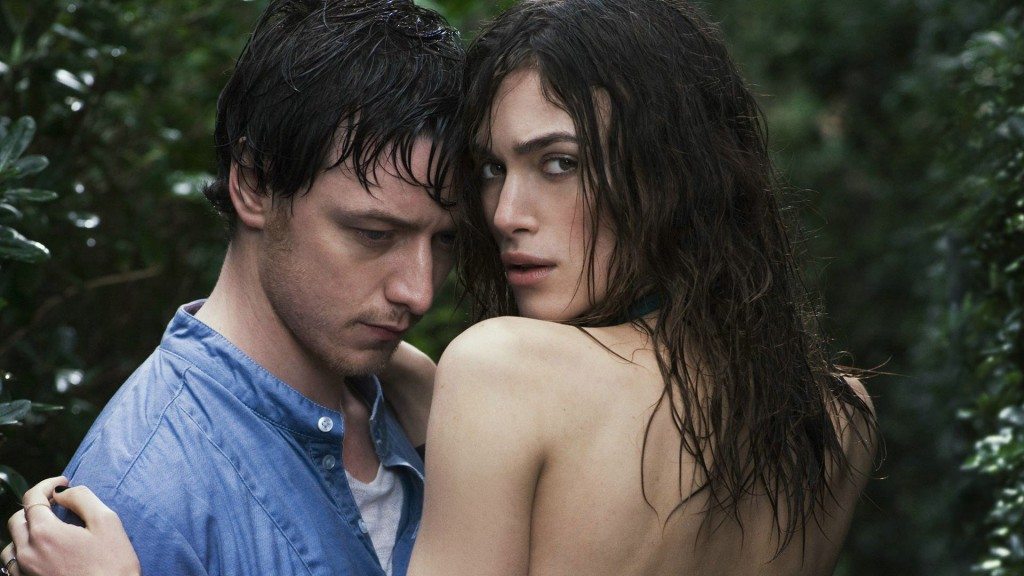 What were the best movies of 2007? Let’s check out. Every year we are blessed to have fed with great quality cinema. And as cinephiles, we can boast about devouring better cinema than the average moviegoers. The world of cinema is massive and there are numerous exciting filmmakers around the world who are working at the peak of their creative powers, constantly churning out top quality cinema. The one year that was particularly memorable for every cinephile out there was 2007. The year saw an astonishing array of films, marked by distinctive filmmaking traits and nuanced treatment to the subject. With that said, here is the list of top movies of 2007. 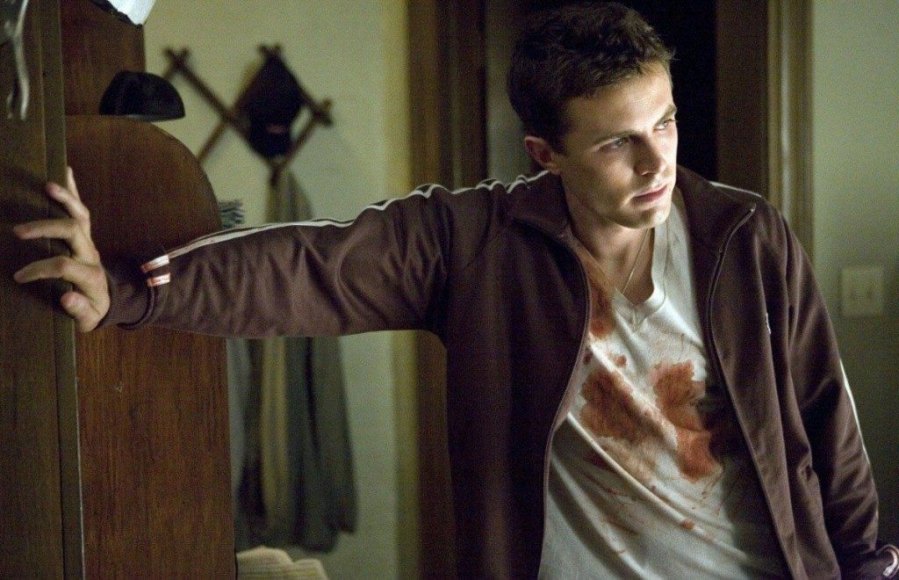 Ben Affleck’s miraculous metamorphosis from an ordinary actor into a supremely talented director is one of the most inspiring success stories of Hollywood. His explosive directorial debut, ‘Gone Baby Gone’ is perhaps his best work till date and one of the finest films of 2007. The film centers around two private investigators hunting for an abducted four-year-old from the Boston neighborhood of Dorchester. Replete with memorable acting performances from Casey Affleck, Amy Ryan and Ed Harris, the film is a morally hazy and emotionally powerful, compelling mystery drama. Ben Affleck’s gripping, edgy approach intensifies the underlying tension in the film with an unforgettable climax that leaves a lot for its viewers to chew on after the credits have rolled out. Easily, one of the best movies of 2017. 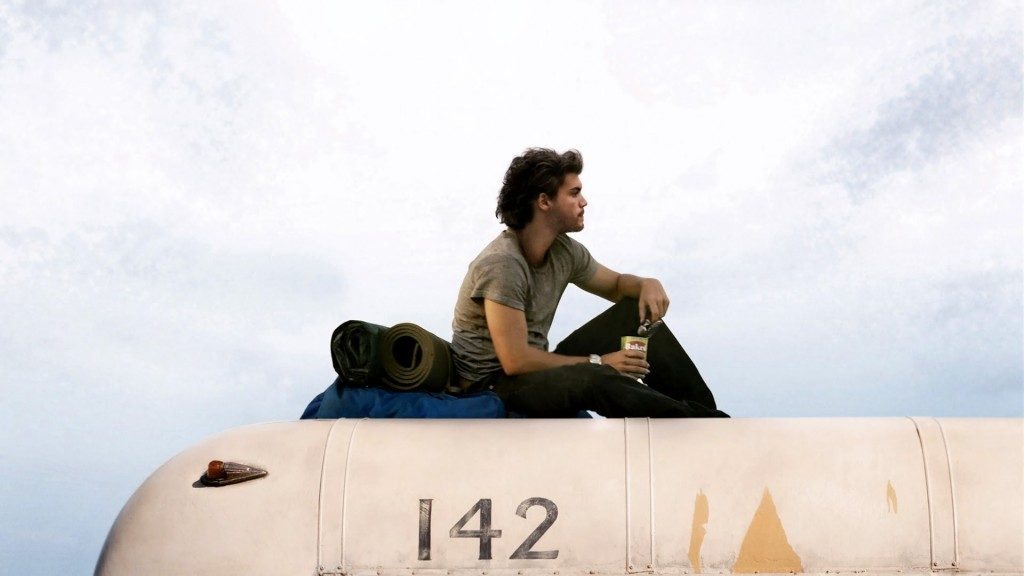 This is perhaps the most popular film on the list. ‘Into the Wild’ is an easy favorite for every lover of life and movies. It’s impossible to ignore the sheer amount of honesty and heart poured onto the film in its astonishing depiction of the angst and loneliness warped inside a 20 year old. Christopher McCandless, a young graduate does what we’ve all wished for in life when the chips were down as life confronts us with the bitter realities of the society and the people around us . Christopher discovers himself, not in the wilderness of Alaska, but in the beautiful lakes, solitary roads and the warmth that human relationships blanket you with. ‘Into the Wild’ is a beautiful, poignant and thought-provoking tale of self discovery; one that every human being on this earth must watch before he dies. The film was met with highly positive reviews from critics with most of them including the film on the top 10 lists of the year. 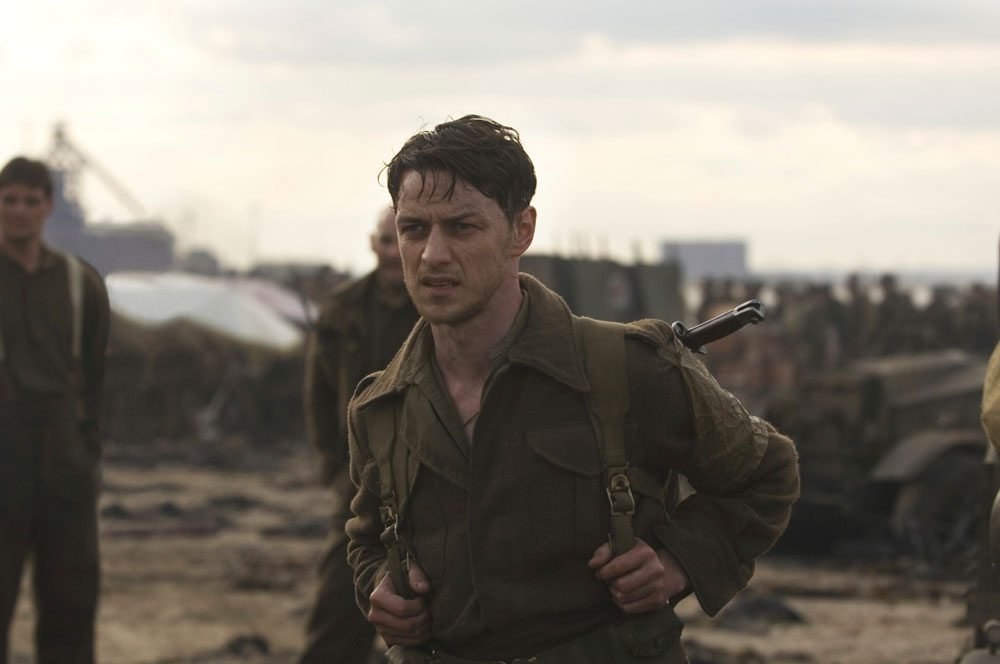 A beautiful and tragic love story turned into a visual feast, ‘Atonement’ is a film that is virtually impossible to not love. Set during the tumultuous period of war, ‘Atonement’ paints the complex facets of love and jealousy with a plot that centers around a 13-year-old girl who accuses her older sister’s lover of a crime he did not commit. The film is an epic romance violently swaying amidst turbulent times while exploring the brutalities of war and human loss. In what is now regarded as one of the greatest tracking shots in cinema, director John Wright uses a long, extended, unbroken shot of the British evacuation of Dunkirk that brilliantly captures the sheer bloodiness of war with unflinching honesty. ‘Atonement’ is without a doubt one of the finest creations of the century. 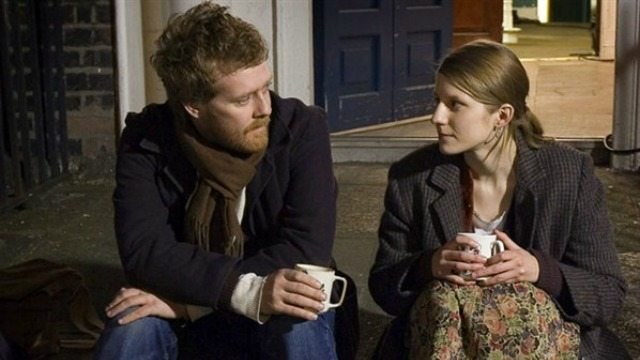 ‘Once’ is a gem that sadly got stamped under the roaring classics of the year. But it’s a film that swept me off with its simplicity and warmth. ‘Once’ tells the story of two strangers who meet in Dublin and bond over their mutual love for music and end up falling in love with each other. Director John Carney gives a refreshingly warm and unique treatment to a story that might seem cheesy from the outside. The film featured appeared at number one spots on the top 10 lists of Michael Phillips from The Chicago Tribune and Nathan Rabin from The A.V. Club and continues to enjoy a cult status among romantic film connoisseurs.

6. The Assassination of Jesse James by the Coward Robert Ford 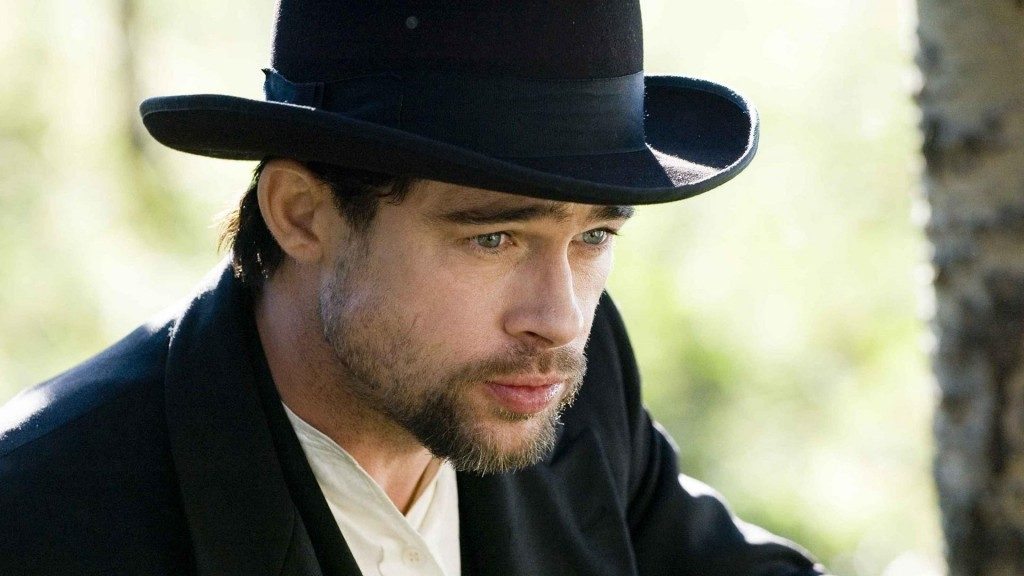 Brilliant would be an understatement to describe the remarkable achievement that this film has been. As the title suggests, the film depicts the killing of the infamous outlaw, Jesse James by his gang member, Robert Ford. Director Andrew Dominic presents an intriguingly well crafted portrait of the dynamics of the relationship between James and Ford and the events that led to Ford murdering his gang leader. Exquisitely shot, tautly written and beautifully acted, ‘The Assassination of Jesse James by the Coward Robert Ford’ is an epic saga of revenge and betrayal and is regarded as one of the greatest westerns ever made. The film has topped several best film of the year lists and continues to enjoy a cult status among movie buffs.

5. The Diving Bell and the Butterfly 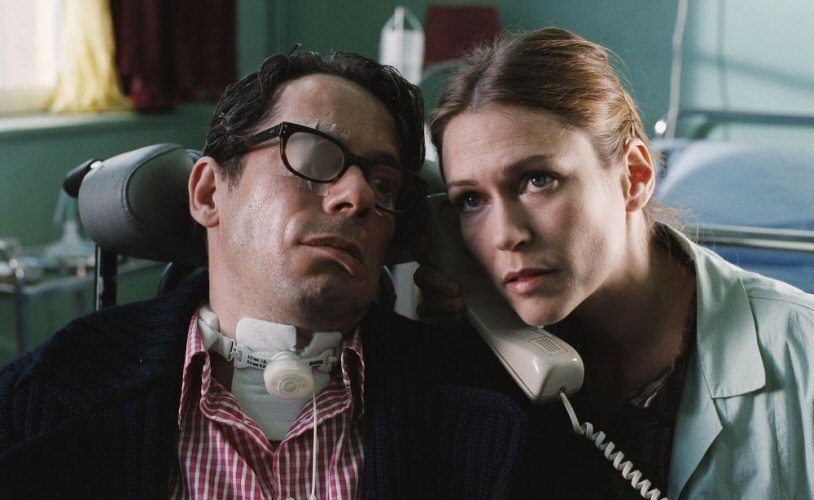 European cinema has consistently been churning out films of the highest quality for many years now. ‘The Diving Bell and the Butterfly’ is arguably one of the best films of the past decade and quite possibly one of the more underrated gems from the stables of European cinema. Directed by Julian Schnabel, the film is an inspiring biographical drama based on the life of Jean Dominique Baby, who, after suffering a stroke is left with a paralyzed body and can only communicate with his left eye. The artistic aesthetics of Schnabel, a painter by profession, flow out frame by frame in a film that is visually mesmerizing, psychologically harrowing and emotionally opulent. The film was a recipient of numerous international awards and was listed by BBC on the 77th position of their list of the top 100 films of the 21st century. 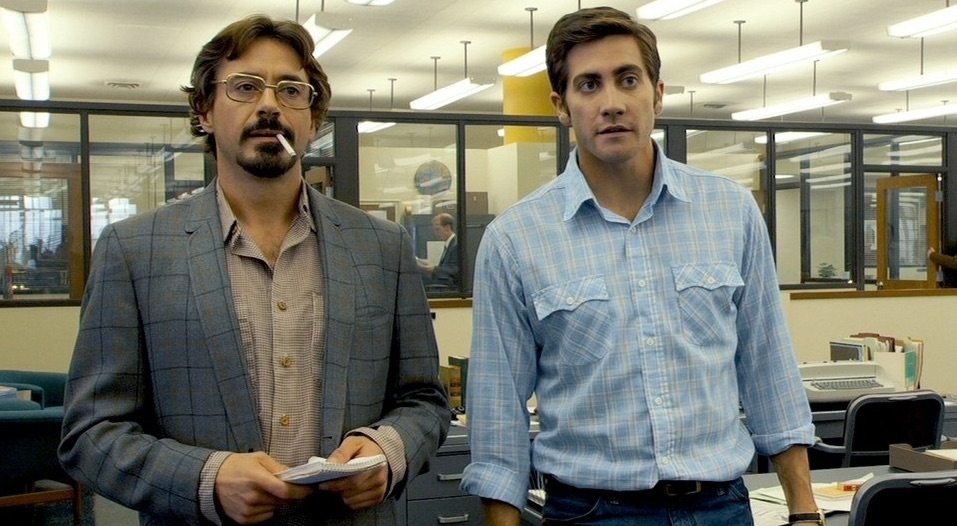 A box office failure in North America, the stature of ‘Zodiac’ has grown immensely over the years among movie buffs and staunch fans of the director and is now widely regarded as one of the greatest mystery films ever made. Authentic, realistic and subtly powerful, ‘Zodiac’ is an absolute modern masterpiece and perhaps the most matured and ambitious film that David Fincher ever made. Based on a true story, the film is about a professional cartoonist’s unabating obsession with the enigmatic Zodiac killer who terrorized Northern California during the late 60s and 70s. The film takes a different trajectory to conventional Hollywood serial killer films as it favors substance over style and graphic violence and has been immensely praised by critics for its factual authenticity and serious representation of a murder investigation.

3. No Country for Old Men 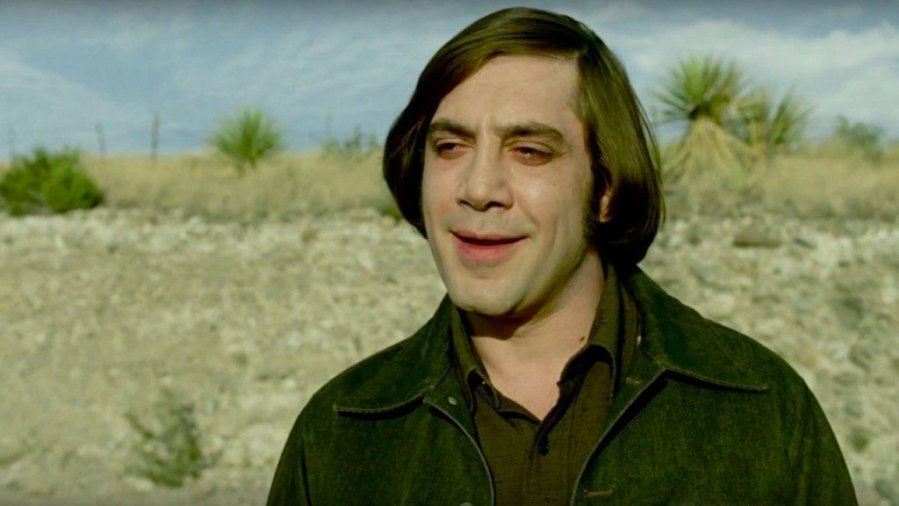 Shots of gorgeous landscapes with an old man narrating violent tales from his past and his perceptible indifference to the brutal realities of a deceptively beautiful land. This is cinema at its purest. Coen Brothers’ 2007 masterpiece marked a distinctive change in their approach with the apparent toning down of humor that was among their signature traits in earlier films such as ‘Fargo’ and ‘The Big Lebowski’. ‘No Country for Old Men’ depicts the cat and mouse drama of a hunter and a psychopathic hitman who is in pursuit of the 2 million dollars stolen by the hunter. A startling look at the existence of violence, perennially entrenched in the human society, the film is Coen Brothers’ most philosophical work; a poetic exploration of fate, conscience, circumstance and violence while dealing with quintessential Coen Brothers’ themes of nihilism and pessimism. The film was frequently voted by critics as the best film of 2007 and one of the greatest films of this century.

2. There Will Be Blood

Perhaps the greatest American film of the year and one of the finest films of the 21 century, Paul Thomas Anderson’s soaring epic is a brutally unflinching tale of greed, ambition and megalomania and is at its heart a pure classic American tragedy. Starring the great Daniel Day-Lewis as a manically competitive, hard-working oilman, the film is a harrowing portrait of a man driven by his deranged ambitions and rapacity towards the extremities of immorality and violence. The entire film is ambiguous about his emotions as Plainview is a man who has made a world all for himself and shuts people off when he discerns them sneaking into his realm of congenital hatred and utter disdain for humanity. ‘There Will Be Blood’ is an astounding character study of a man’s fall into the deep pits of greed, violence and obsession. 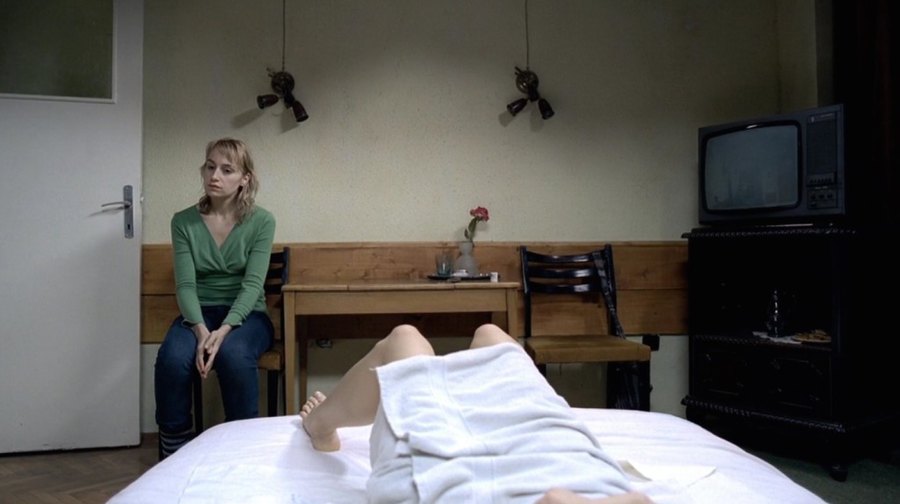 2007 was the year when the world stood up and took notice of the genius of Romanian auteur Cristian Mungiu. His nerve-racking drama of two college students trying to arrange for an illegal abortion in Communist Romania swept almost all of the major international awards and won the most coveted Palme d’Or at Cannes for feature film. Hardly ever do we get to see a drama that is so riveting, engaging and emotionally draining as Mungiu’s ‘4 Months, 3 Weeks and 2 Days’. The subtlety is intriguing and overall emotional restraint brilliantly plays out to the tightly clenched narrative of the film. Mungiu’s astute focus on his characters with tight, immaculate camera placements cinematically compliment the film’s razor-sharp script.