10 Movies That Stole Their Plots From Other Films

Art imitates life. But sometimes, art ends up stealing from other art. Official remakes are one thing — here the makers take creative liberties to re-cast the plot of an already-made-film into a different time and milieu to serve their distinctive visions. But plagiarism is an altogether different story! Sure, here too, the makers tweak the story creatively and adapt it into a new aesthetic. But the fact that these “remakes” are unofficial and often unacknowledged as being remakes casts them in a bad light- both aesthetically and ethically. Here is the list of movies that regaled and touched the audiences at first but only till the veil on their plagiarism was lifted. (Please note that the numbering doesn’t indicate any sort of ranking.)

In this critical and commercial dud directed by Michael Bay, the protagonist Lincoln lives in a strict, repressive society where every week a person wins a lottery that will transport him/her to a paradise-like island that is free from the outside “contamination” in 2019. Upon winning the lottery himself, he finds out that people on this island are clones who are meant to supply replacement organs to insurance policy holders. The plot is eerily reminiscent of 1979 Sci-Fi Horror film ‘Parts: The Clonus Horror’ which is about an island called Clonus where clones are bred to provide replacement organs to the elite. Of course, a lawsuit was filed. And predictably, it was settled out of court for an undisclosed seven-figure sum!

With its nail-biting pacing, sleek visual style and swanky action-movie props, ‘The Terminator’ seemed to have got it all right and went on to seduce lay audiences and critics alike. The chink in the movie’s armor was exposed when Harlan Ellison, who wrote the screenplay for a TV series called ‘Outer Limits’. He accused (rightly so) the Terminator team of lifting their premise from an episode he wrote for the series. The matter was resolved with an out-of-court settlement. The plot wasn’t stolen from another movie but, guess, the idea of soldiers from the future transported across a time vortex was not that original after all!

The American Sci-Fi Disaster Saga centering on an asteroid collision was so similar to ‘Deep Impact’ (1998), that it almost became a sort of a pastime to wonder which movie stole from the other. While, there were no official lawsuits or acknowledgements, the similarities were too many to discard. Bruce Joel Rubin, who wrote ‘Deep Impact’, later alleged that a production president at Disney took notes about the former’s story during a lunch conversation and went on to pitch it as ‘Armageddon’ for his company.

Featuring Shia LaBeuof, this film about a teenager on house arrest spying on a neighbor he suspects to be a serial killer, is remarkably similar to the 1954 classic ‘Rear Window’. The Hitchcock classic featured a photographer confined to a wheelchair instead of a teenager on house arrest. It was, in turn, based (With permission) on a short story by Cornell Woolrich. The publishers of this story went on to file a lawsuit against ‘Disturbia’ alleging that it stole  plot elements from the story without permission or paying royalties! Another case of Hitchcock’s work lending itself to plagiarism, ‘Body Double’ stole in equal measures from two of Hitchcock’s works- the aforementioned ‘Rear Window’ and ‘Vertigo’ (1958). It features a similar premise of a home-confined protagonist spying on his potentially murderous neighborhood. While it was openly pitched as a tribute to Hitchcock, it never acquired official rights. Largely panned by critics as being vapid and mindlessly voyeuristic, it received attention due to the praise it received from the unlikeliest of quarters- Roger Ebert! 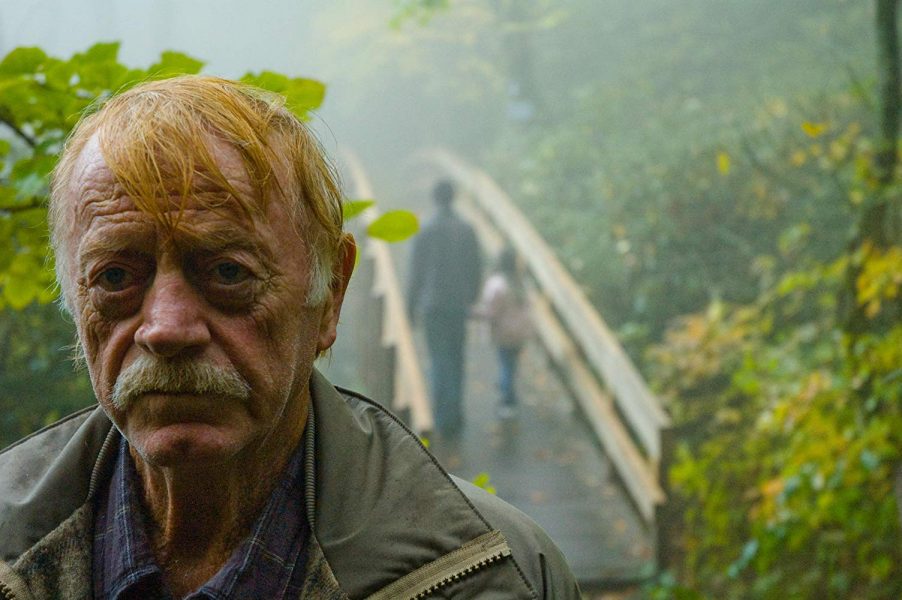 The American Indie flick directed by Ramin Bahrani centers around a Senegal-born cabbie ,Solo, who is requested by a depressed old man, William, to assist him with his suicide at the Blowing Rock. The movies follows Solo trying to talk William out of his suicidal plans. The plot is remarkably similar to Abbas Kiarostami’s 1997 classic ‘Taste of Cherry’ whose protagonist Badii, like William, is on the lookout for recruiting people who can help him with his suicide but some of whom are intent on talking him out of it! 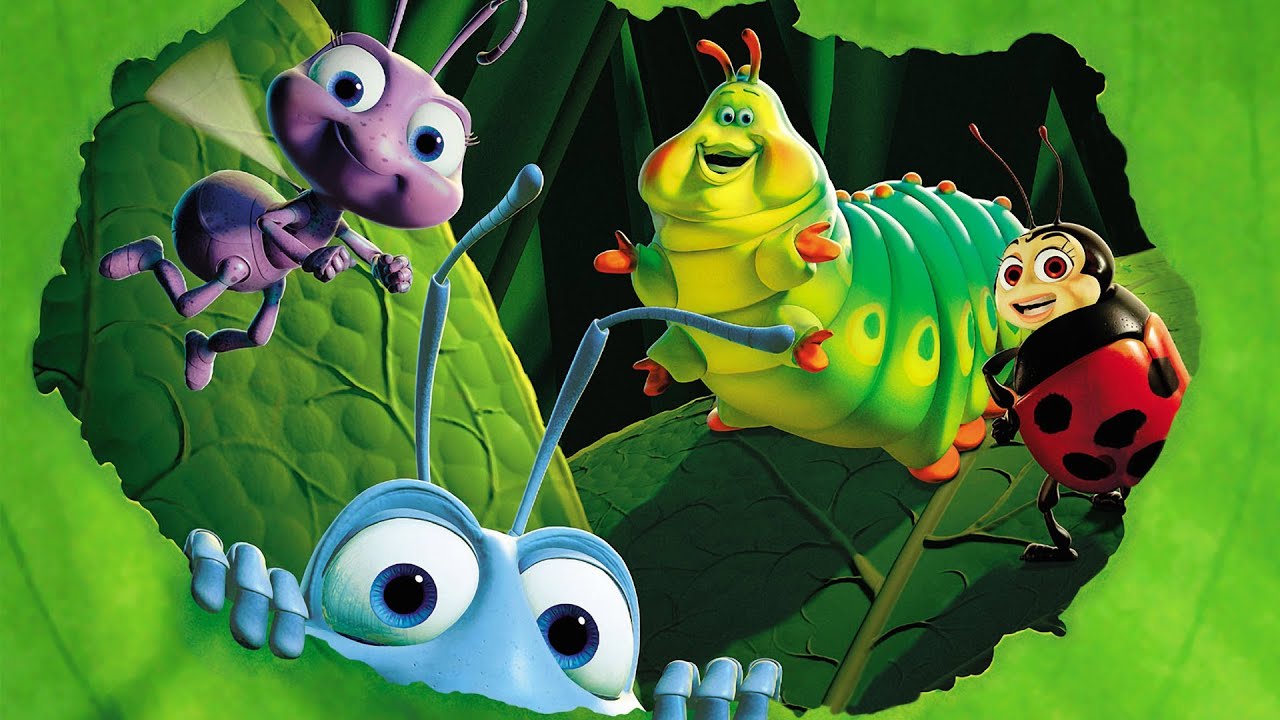 Japanese animes and mangas are known to have inspired the plots of a slew of Hollywood feature films. But, here, the equation is slightly reversed. It’s hard not to read the charming Pixar animation-movie ‘A Bug’s Life’ as a juvenile retelling of Akira Kurosawa’s 1954 masterpiece ‘Seven Samurai’. Replace invading bandits with a band of greedy grasshoppers, and unemployed, beaten down Samurai warriors defending their village with goofy, little soldier-ants (pun intended) and you have a perfect bubblegum universe created out of an old-school Japanese classic!

What happens when two contract killers who are ordered to kill each other fall in love with each other? This situation had already been explored by the 1985 John Huston film ‘Prizzi’s Honor’ , 20 years before ‘Mr. and Mrs. Smith’. Having said that, it must be acknowledged that the treatment of this situation and the incidental details of the plot vary enough to save qualify ‘Mr. and Mrs. Smith’ as an absolute rip-off!

A stranger walks into a border-town and tries to capitalize on the enmity between two warring clans to make some quick buck. Sounds familiar? That’s because Spaghetti Western Master, Sergio Leone’s initial brush with the genre, ‘A Fistful of Dollars’, used a plot that was shockingly similar to Akira Kurosawa’s ‘Yojimbo’. So similar that after watching the movie, Kurosawa remarked saying, “He’s made a fine movie, but it was my movie!” The legal dispute initiated by Kurosawa was eventually resolved in an out of court settlement.

While Tarantino’s inimitable style is the prime source of his cinematic brilliance, the plot-line of his feature-length debut is not so inimitable. Though debates rage on as to whether they were similar enough to qualify plagiarism, ‘Reservoir Dogs’ undoubtedly bears some plot resemblances with the Korean crime thriller ‘City on Fire’ (1987). In addition, both movies feature similarly complicated equations between an undercover policeman and a crime group. Some stylistic elements were also adopted by Tarantino, most notably the now legendary Mexican stand-off scene towards the end of the movie!

Read More: Most Expensive Movies of All Time