10 Movies That Use the Word “Fuck” the Most 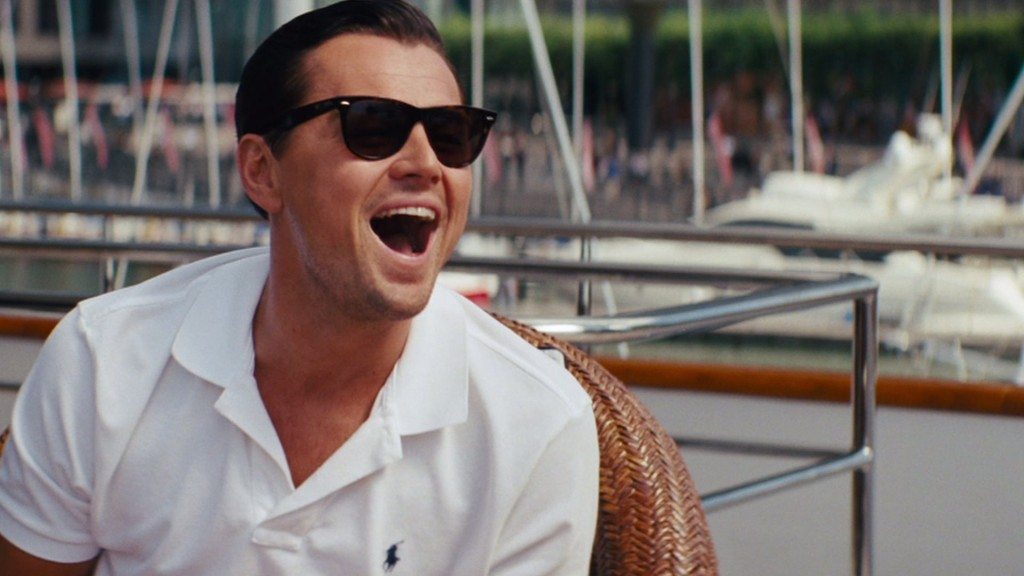 F*ck me. F*ck you. F*ck off. F*ck this. F********CK. Have you noticed one thing except for the ironic amount of ‘*’ I used? Yes, the versatility of a socially and ethically prohibited word. The word is probably the most multi-faceted word in our vocabulary, one that surprisingly holds an infinite number of meanings depending on the context, syllabic stress, emotions and the other word it copulates with.

In cinema, this word like many other profanities has been considered a taboo, especially in Hollywood. The whole Hays Code affair and other stringent rating methods have been implemented to restrict the viewership of a single word, such is its impact. It’s funny to see how one of the most commonly used words is denied the entry to a cinema hall, hence destructing the conception of art imitating life, snatching away a sense of realism that many filmmakers strive for, along with the other taboo subject of nudity. We at The Cinemaholic believe that cinema breaks the restrictions associated with reality. Hence every frame exists for the purpose of expressivity, and the effect maybe subjective but the filmmaker’s vision needs to be acknowledged. According to an official list compiled by Wikipedia, here is the list of 10 movies that use the word ‘fuck’ the most:

Twin Town by Kevin Allen is one of many British movies that followed Trainspotting, delving into ruthless profanities, jobless young characters making the most of their impoverished lifestyles, sadistic self bashing humor, violence and drugs, highlighting the degrading quality of lives in stagnant British suburbs. Like most movies on the list, the aim is to attain realism, not through emotions of love or sorrow, they are too pure for Twin Town, a film that calculates pleasure on an odometer. 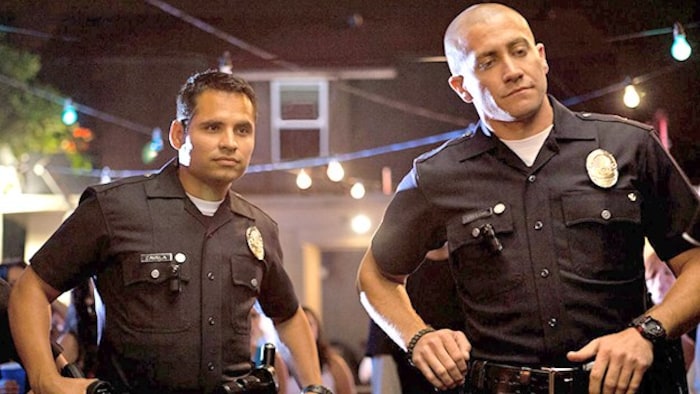 Probably the only great David Ayer film, End of Watch is a gripping crime thriller that bends all the rules associated with the buddy cop concept, and is distinctly contrasting to his script for Training Day. Being shot like a documentary, the film strives to induce a sense of realism and hence never hesitates to trigger the censors. So you’ve not only got mixture of races, but abuses and plenty of F bombs too. 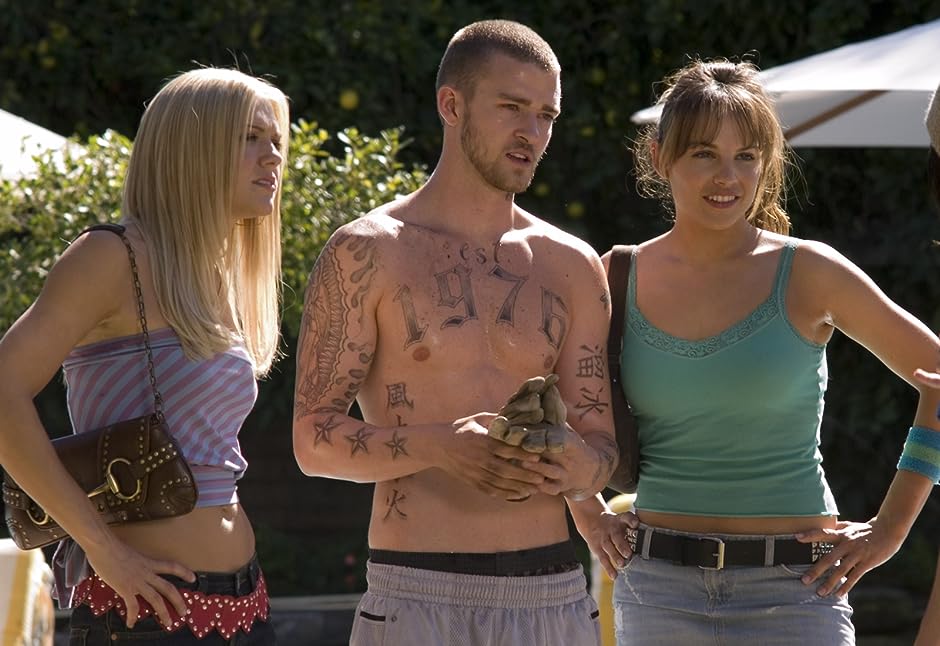 Alpha Dog focuses on the real life story of Nicholas Markowitz’s murder, but is just another disappointing entry in Nick Cassavetes’s filmography. Alpha Dog revolves around a world smoked up on marijuana, despair and its characters’ strong inability to evolve from this. Maybe the intention is not as heavy as a Scorsese or Lee film, because the characters in question are youngsters. But this fact elevates the inhumane element to the film’s conclusion.

Straight Outta Compton was involved in a truckload of controversies when it came out; Hollywood’s racial bias, its alleged altered depiction of events and its very one-sided approach of retelling the story of N.W.A. Obviously it’s a film and not a documentary, and such faults may not really hinder its quality. Presenting the life of artists that elevated gangsta rap, and didn’t even spare the police while dropping an F bomb, it’s surprising the movie only has 392 of ’em. 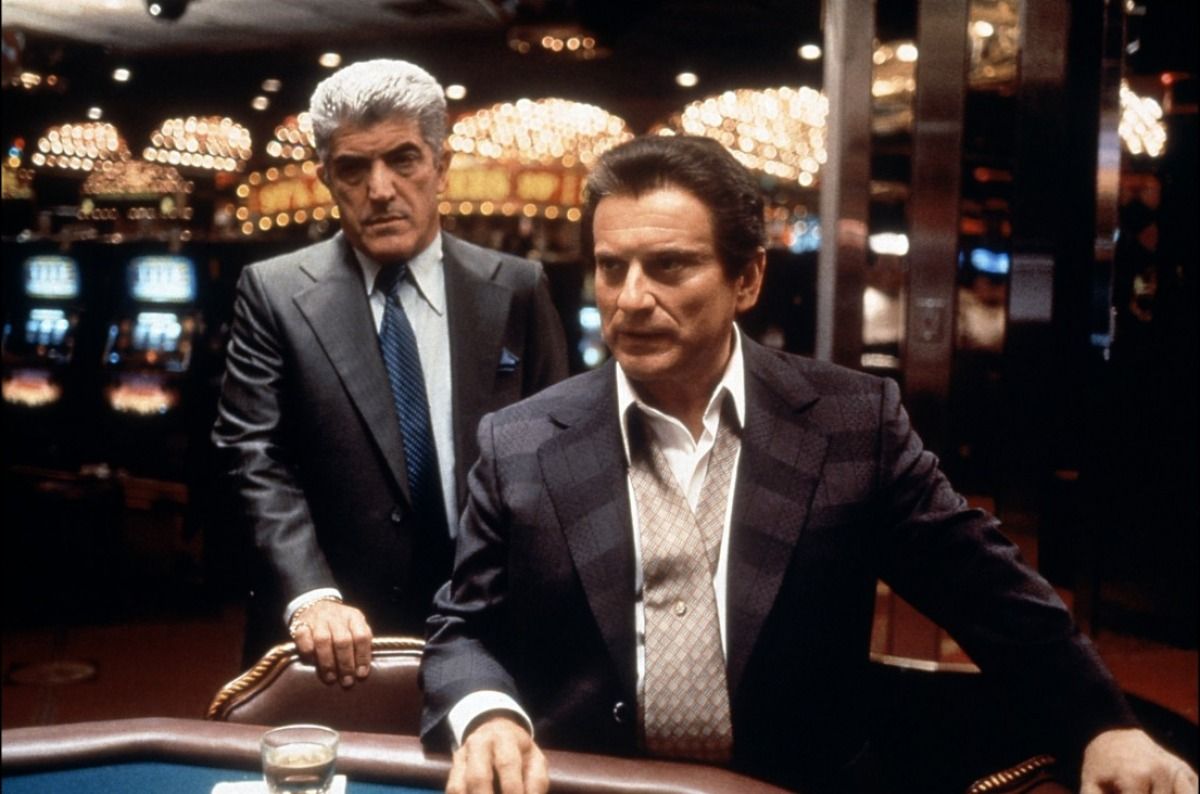 Casino is a victim to the massive shadow cast by Scorsese’s own Goodfellas in the 90’s and is almost equally solid and surprisingly more shameless in its depiction of the filthy underworld. The dominating glamour and grandeur of the gangster life is replaced with a menacing Las Vegas where relationships only work on one motive “f*ck or get f*cked”. Pesci is the outspoken star of the film as his tirades are even more volatile, slamming every guy with his impalpable shinebox. 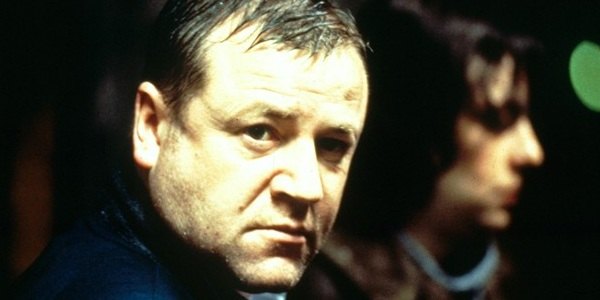 ‘Nil by Mouth’ is Gary Oldman’s directorial debut and probably the most unflinching British movie of the 90’s. Interestingly the movie held the record for the most F bombs until 1999, and still holds the record for the word “cunt”, used a staggering 82 times. Focusing on the street life as its epicenter, it characterizes people to represent the ill aspects of the struggling British society.

At the time when Spike Lee was at the top of his game, his movies featured the most realistic depiction of the U.S’s underdeveloped neighborhoods and the social issues they were flooded with. Following up after films like Do The Right Thing and Jungle Fever, Lee explores an Italian-American community amidst the real life Son of Sam serial murders. Summer of Sam is reminiscent of Scorsese and the F word is not used here as the closing statement of a terrible joke.

Wolf of Wall Street is definitely DiCaprio’s most challenging performance, and has the trademark obscene boldness Scorsese was renowned till the 90’s for. DiCaprio surprisingly never holds back while flaunting his million dollar ass or the movie’s minting machine, his mouth. He pins every F bomb with such resolution, every incoming foray of abuses never ceases to surprise us. 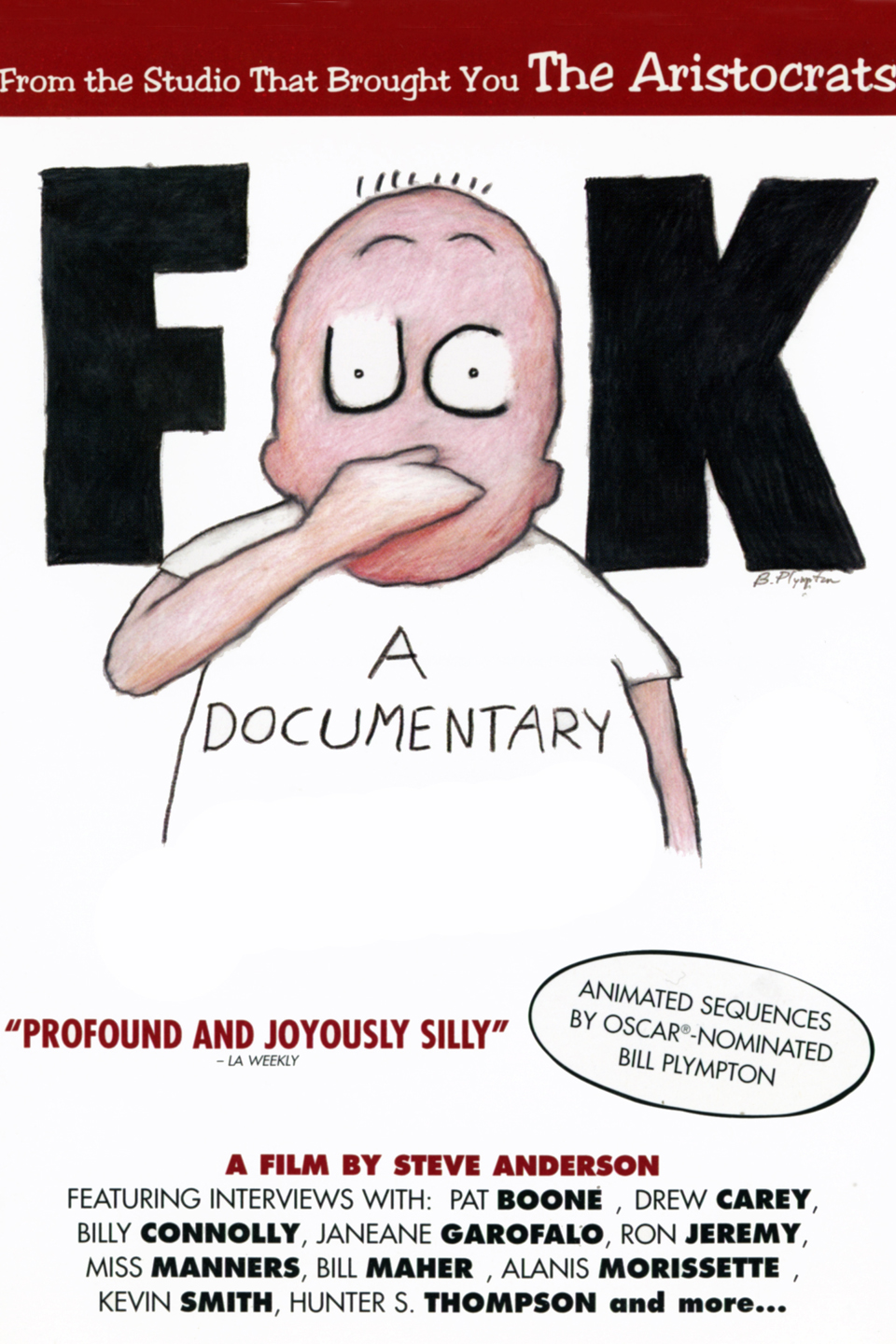 Steve Anderson’s documentary on the origin, use, impact and status of the word ‘Fuck’ in society is a deeply engaging experience, which unlike most documentaries doesn’t rummage through dusty web laden facts orated by ancient men. The film features a wide variety of professionals, from comedians to journalists to musicians to Ron Jeremy, and even shifts from live action to animation, to illustrate the comical stigma associated with the word. 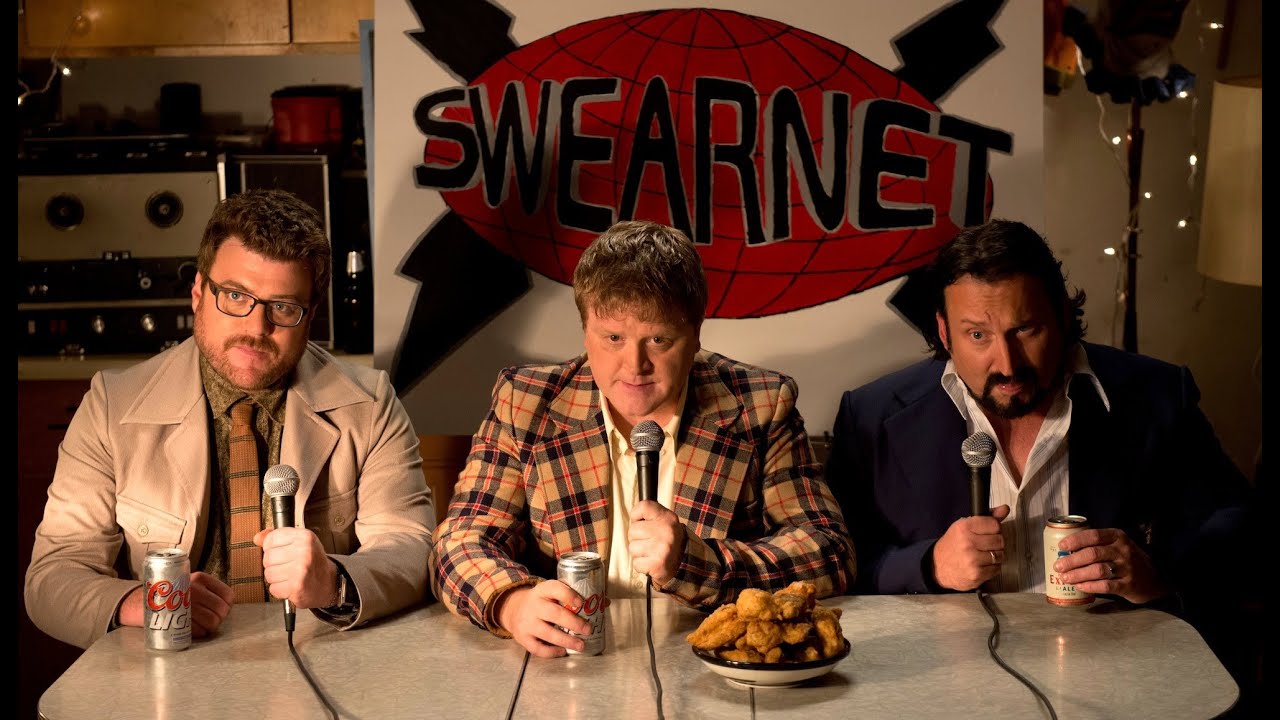 People aware of the Canadian mockumentary series ‘Trailer Park Boys’ would probably dig Swearnet as the movie involves fictionalized versions of the lead characters from that series. To be fair, Swearnet is an abso-f**kin-lute clusterf**k and is as senseless as a retarded hybrid of Trump and Lindsay Lohan, but well I know many people who intentionally dig trashy stuff that is made trashy on purpose (including myself). Swearnet isn’t clever, it’s just a collection of situations arranged in a way that warrant barrage of abuses.