10 Movies You Must Watch if You Love ‘V For Vendetta’

Cinema and real life don’t always agree with each other. The portrayal of certain characters in a particular manner decides how they are perceived as against their motives. So, if a particular characters is doing malicious activities on the screen, you might still end up rooting for him or her depending on their motives. For instance, revenge is often cheered for in cinema.

‘V For Vendetta’ is one such film, where you root for V because he fights to take his revenge. V is the voice of the voiceless, stepping up as a representative of the masses whose lives were doomed by the anarchical reign of the 2020s. He incites the masses, asking their help for retribution. He escapes, regroups and dies like a hero for a cause. The frustration, the helplessness and the powerlessness of the common man seemed to find a suitable answer in the guise of V, who went around killing anyone and everyone responsible for his years of torture. He represents the wild side of us, which itches for action against the injustice which dooms our lives. If only there existed a real person like him who could make a real difference. Today, we are going to look at movies similar to V For Vendetta where you root for the bad guy. If you are interested, you might be able to stream some of these movies like V For Vendetta on Netflix or Amazon Prime or even Hulu. 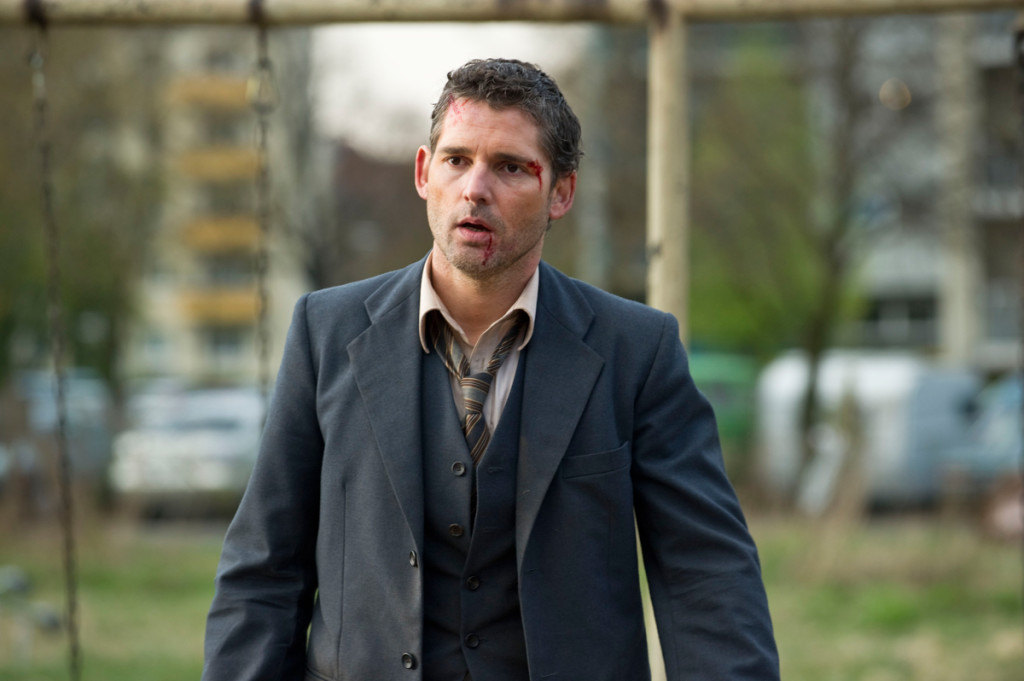 A bunch of assassins who are looking for retribution for one of the most horrifying attacks wouldn’t really be nice people in real life. It is Spielberg’s masterclass that he is able to marry the ruthlessness of their operations with the sensitive human side they possess. As a result, the characters seem amiable to audiences despite several heartless murder sequences.

9. Thank You for Smoking 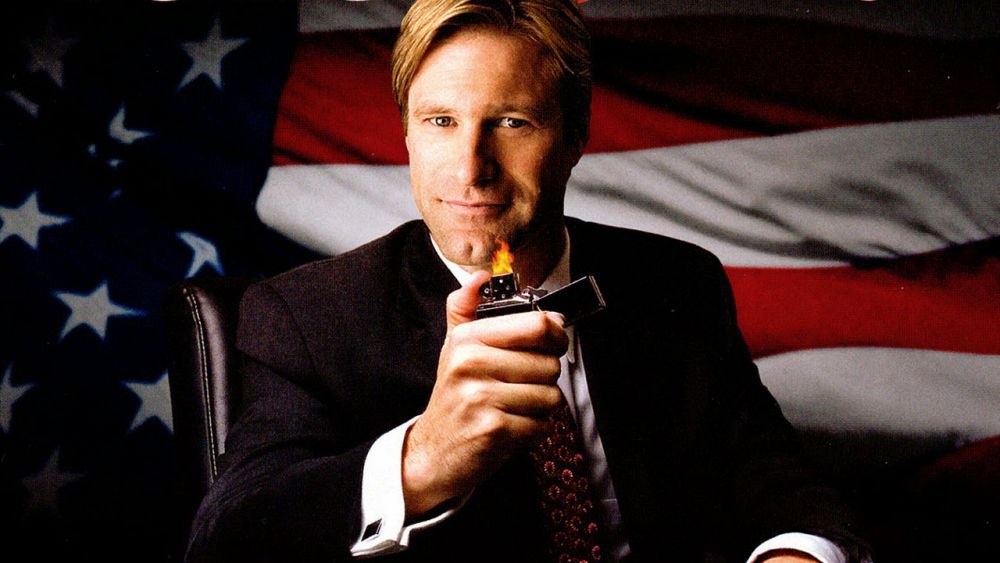 Lobbying is an undisguised profession. One knows the ills of their client and has to make the world at peace with them. Nick Naylor does that with brutal honesty and masterful deceit. Even as he defends the indefensible, Aaron Eckhart attains the approval of the audience with his spontaneity. 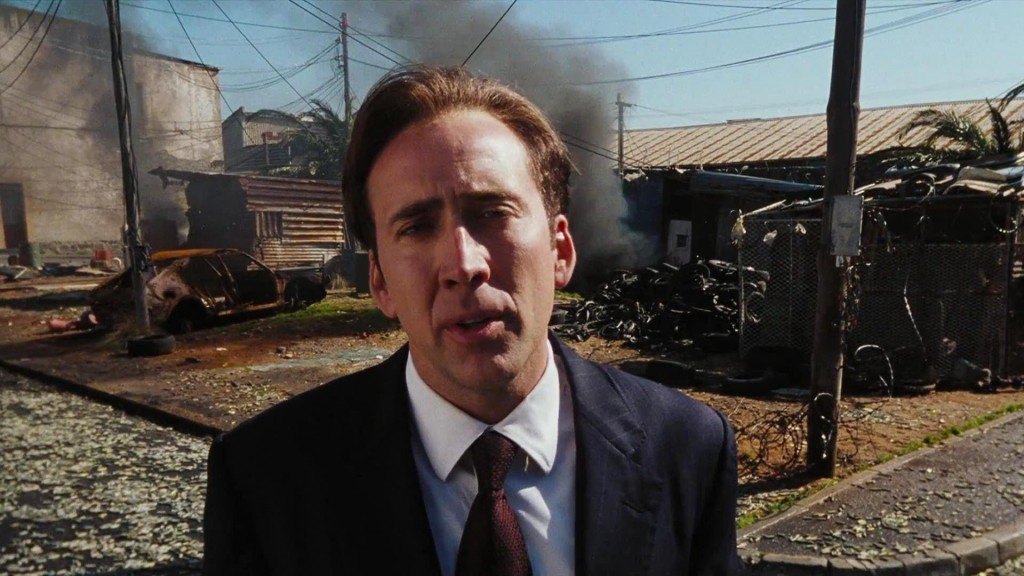 ‘Lord of War’ is blatant and unapologetic. Nickolas Cage portrays an arms dealer from the United States of America who is causing havoc in the lesser privileged areas of the world. His contacts and money keep him afloat as he trades death for the greenbacks. Yet the honesty of his character makes him likeable despite all his ills.

Christopher Nolan’s second feature film might not have garnered the same response as ‘Inception’, but it holds a cult status among critics and film conspirators. Nolan played with the non-linear storyline, creating and solving mysteries across two timelines and ending the film where it began. Leonard Shelby, a patient of anterograde amnesia is on a mission to hunt down the killer of his wife. With body tattoos and Polaroid images serving as memory reinforces, Shelby questions and investigates looking for an elusive John G. His quest comes to a halt when the manipulative policeman Teddy reveals an ugly truth of John G being dead a year ago and Shelby was a pawn used in hunting down other notorious John G’s’. He becomes infuriated and shoots Teddy down, thereby closing the script but leaving the plot wide open for a stream of questions to come rushing in. 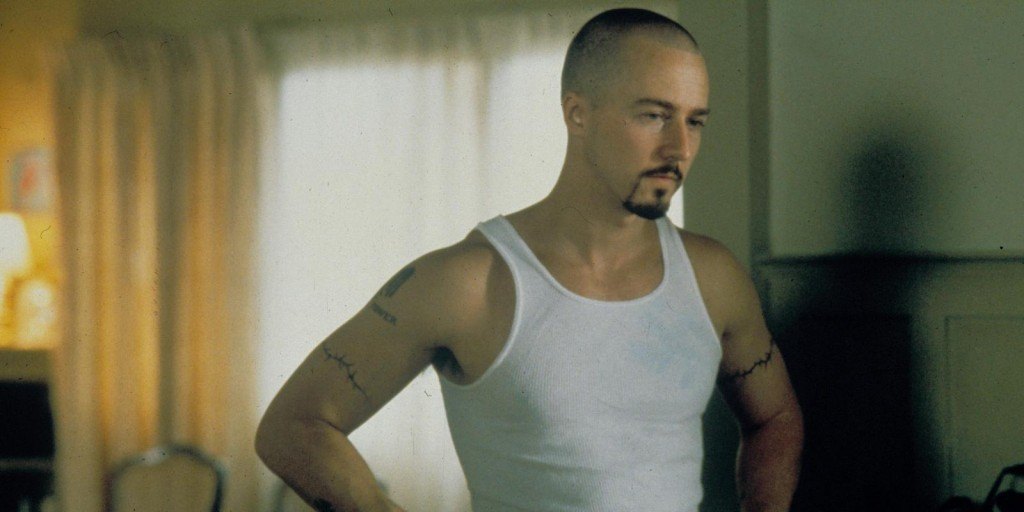 Edward Norton plays a neo-Nazi who is racist and abusive to say the least. The character undergoes a transformation in prison as he finds friendship in the most unlikeliest of places. Despite being rash and aggressive, Norton’s character has the backing of audiences.

5. There Will Be Blood 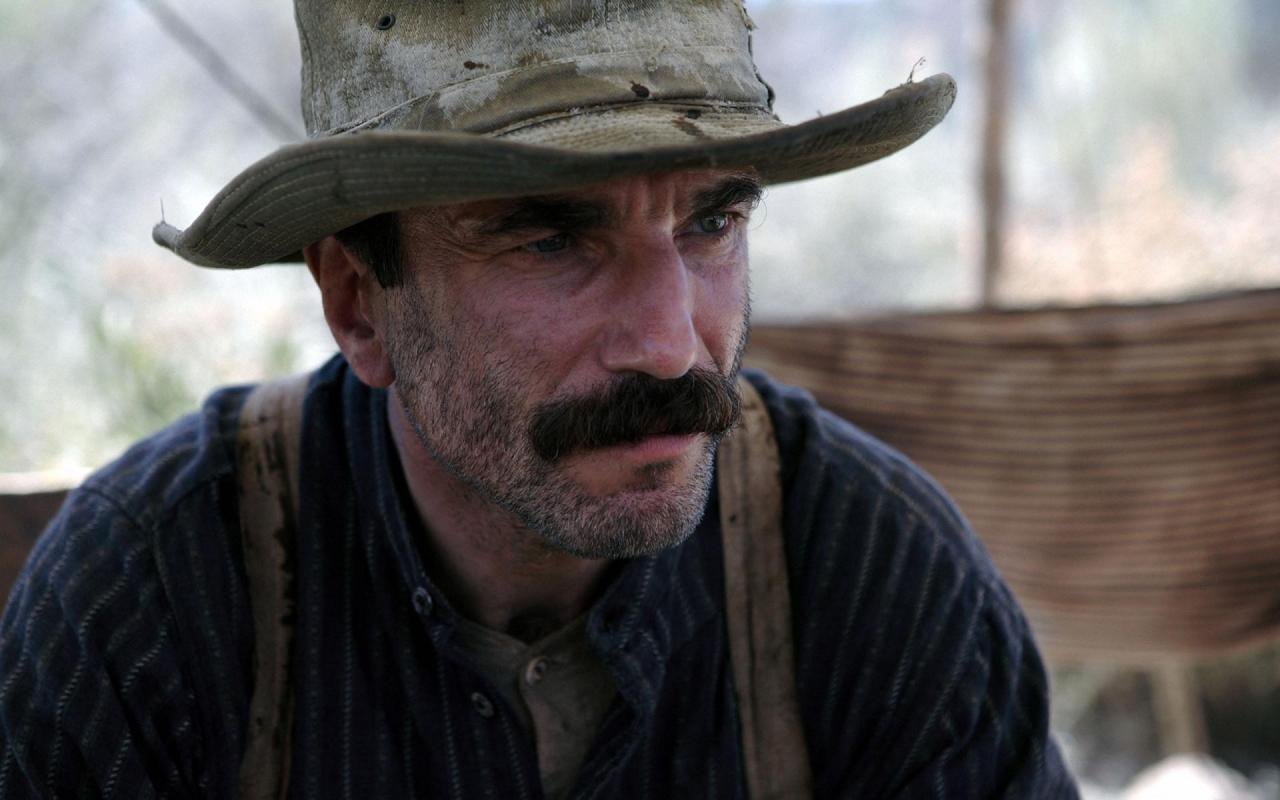 Daniel Day Lewis plays the character of an oil-mining businessman who would do everything to fill his pockets. He is an astute businessman who knows how to make his money by hook or by crook. The directness of his character and the persona of the actor makes for a protagonist that is feared but accepted in equal proportion. 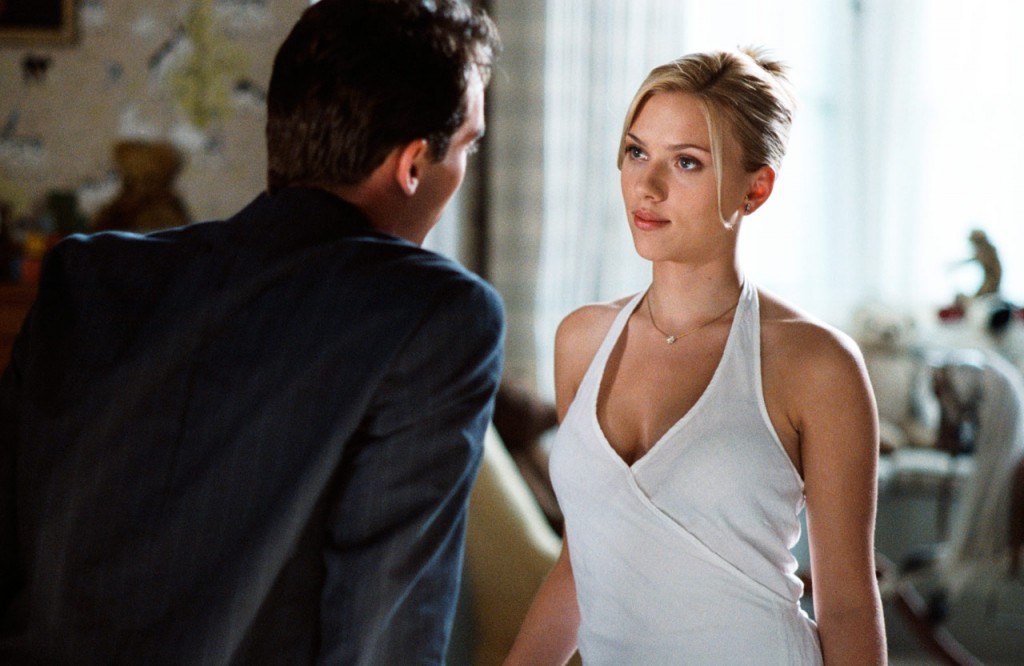 The character of an opportunistic and manipulative man wouldn’t be nice to be around in real life. Cinema however is a different ball game altogether. There is a strange and inexplicable fondness with which the protagonist Chris Wilton is perceived. His aura is such that even luck is enamored by him. 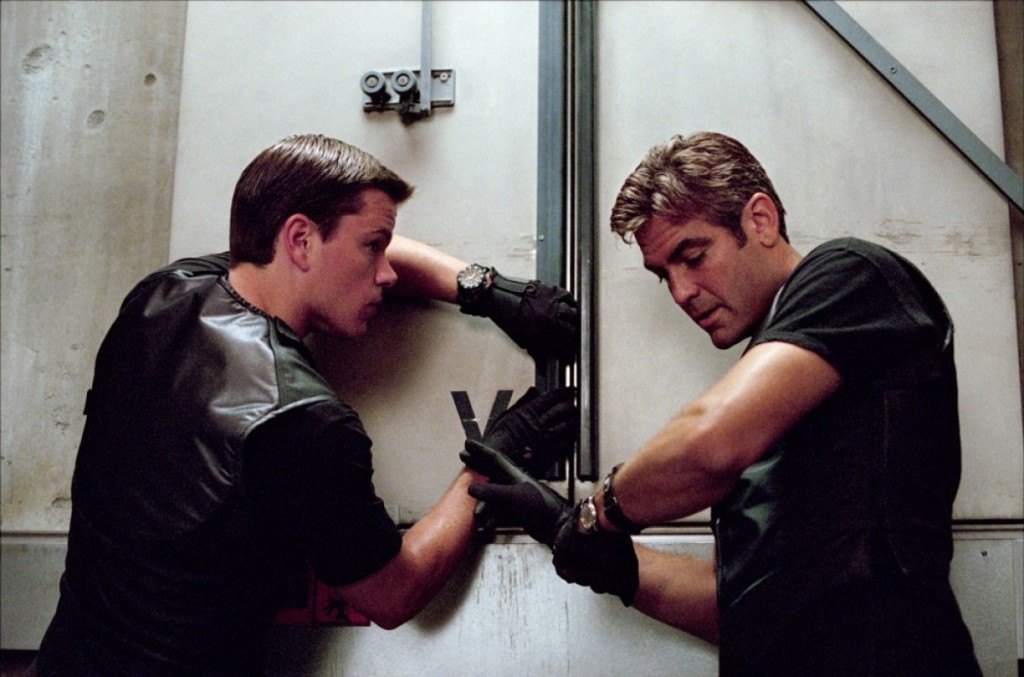 A bunch of thieves and the grandest of theft plans, ‘Ocean’s Eleven’ is a film which doesn’t need morality to support its plot. Those thieves however include George Clooney, Brad Pitt and Matt Damon. How could the audience ever dislike them?

2. The Wolf of Wall Street 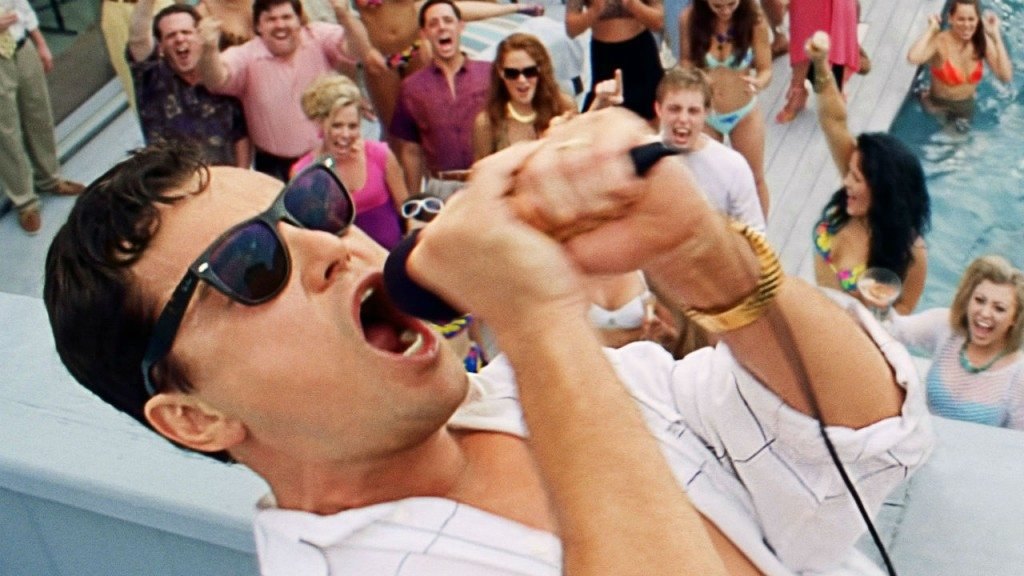 A salesman by nature and a stock trader by profession, Jordan Belfort is the ultimate conman who uses the people’s love for making money to make some for himself. His lifestyle is loud and his parties are lavish but he somehow makes the audience’s fall in love with him.

One of the greatest films of all time also had one of the most powerful bad guys as its protagonist. Vito Corleone is at the centre of the crime networks that make a mockery of the United States’ laws. Yet the aura and personality of the character is such that even the most heinous acts done by him are pardonable to its viewers.