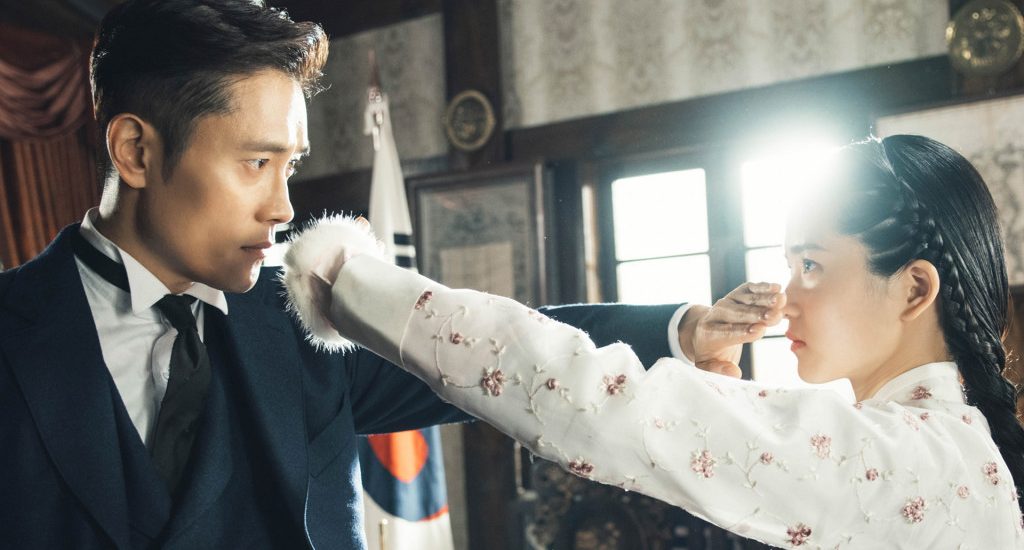 For the fans of historical dramas and Korean shows, ‘Mr Sunshine’ is one of the best series to watch. Created by Jinnie Choi, it is written by Kim Eun-sook and directed by Lee Eung-bok. The writer and director have previously collaborated on other successful K-dramas, ‘Descendants of the Sun’ and ‘Guardian: The Lonely and Great God’. Set in the early 1900s, the show follows the story of a man who returns to Joseon as a Captain of U.S Marine Corps. He becomes entangled in the political complications of the country while falling in love with a noblewoman who is driven by her own purpose. The show further infuses the story with other historical details and delivers a sharply written tale.

Mr Sunshine Cast: Who’s in It? 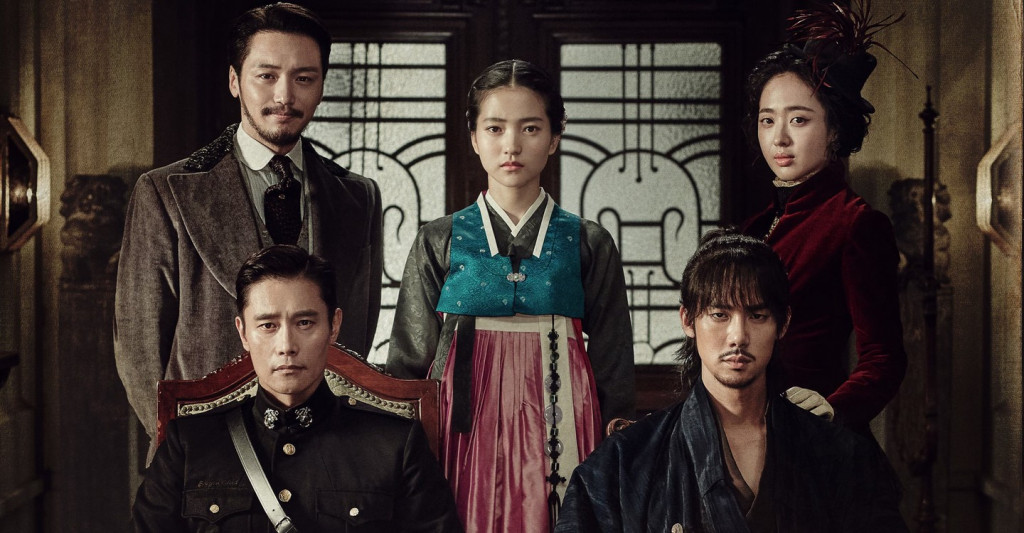 Lee Byung-hun plays the role of Eugene Choi. Choi escaped Joseon and fled to America after his parents were killed. One of the most successful South Korean actors, Byung-hun is known for his work in ‘I Saw the Devil’, ‘A Bittersweet Life’, ‘The Good, The Bad, the Weird’, ‘Inside Men’ and ‘Joint Security Area’. He has also appeared in Hollywood films like ‘G.I. Joe’ series, ‘Red 2’, ‘Terminator Genisys’ and ‘The Magnificent Seven’.

Kim Tae-ri plays the role of Go Ae-shin, a noblewoman who joins the Righteous army. Tae-ri is best known for her role in Park Chan-wook’s ‘The Handmaiden’. Her other credits include ‘Little Forest’, ‘Moon Young’ and ‘1987: When the Day Comes’.

Yoo Yeon-seok plays the role of Goo Dong-mae, a man who fled to Japan in his childhood and returns as the member of the Yakuza group. After making his screen debut in ‘Oldboy’, Yeon-seok has kept himself busy with films, TV shows and theatre plays. He is best known for his roles in ‘Warm and Cosy’, ‘Architecture 101’, ‘Dr Romantic’, ‘Mood of the Day’, ‘Perfect Proposal’, ‘Werewolf Boy’ and ‘Re-encounter’.

Kim Min-jung plays the role of Lee Yang-hwa, a rich widow who owns a hotel. Min-jung is known for her roles in ‘Mina’, ‘Land of Wine’, ‘The Thorn Birds’, ‘My Fellow Citizens’, ‘Flying Boys’, ‘Forbidden Quest’ and ‘Queen of the Night’.

Byun Yo-han plays the role of Kim Hee-sung, the richest nobleman in Joseon who falls in love with Go Ae-shin. Yo-han is known for his roles in films and TV shows such as ‘Six Flying Dragons’, ‘Ex Girlfriends’ Club’, ‘Will You Be There?’, ‘Socialphobia’, ‘No Tears for the Dead’ and ‘Juvenile Offender’.

The recurring cast includes Choi Moo-sung (‘The Guardians’, ‘Uncontrollably Fond’, Detective K: Secret of the Lost Island’) as Jang Seung-goo, Kim Eui-sung (‘The Day a Pig Fell Into the Well’, ‘Train to Busan’, ‘The Exclusive: Beat the Devil’s Tattoo’, ‘Office’) as Lee Wan-il, Kim Byung-chul (‘Descendants of the Sun’, ‘Sky Castle’, ‘Wonderful Nightmare’) as Il-sik, Bae Jung-nam as Choon-sik, Shin Jung-geun (‘Running Turtle’, ‘In Love and War’, ‘The Grand Heist’, ‘The Five’) as Haengrang, Lee Jung-eun (‘Parasite’, ‘History of Our Love’, ‘Cart’, ‘Tomorrow is With You’) as Haman-daek, Jo Woo-jin (‘38 Revenue Collection Unit’, ‘Guardian: The Lonely and Great God’, ‘The Sheriff in Town’) as Im Gwan-soo, and Kim Kap-soo (‘Whisper’, ‘Blade Man’, ‘Resurrection’, ‘A Tale of Two Sisters’) as Hwang Eun-san.

Mr Sunshine Plot: What’s It About? 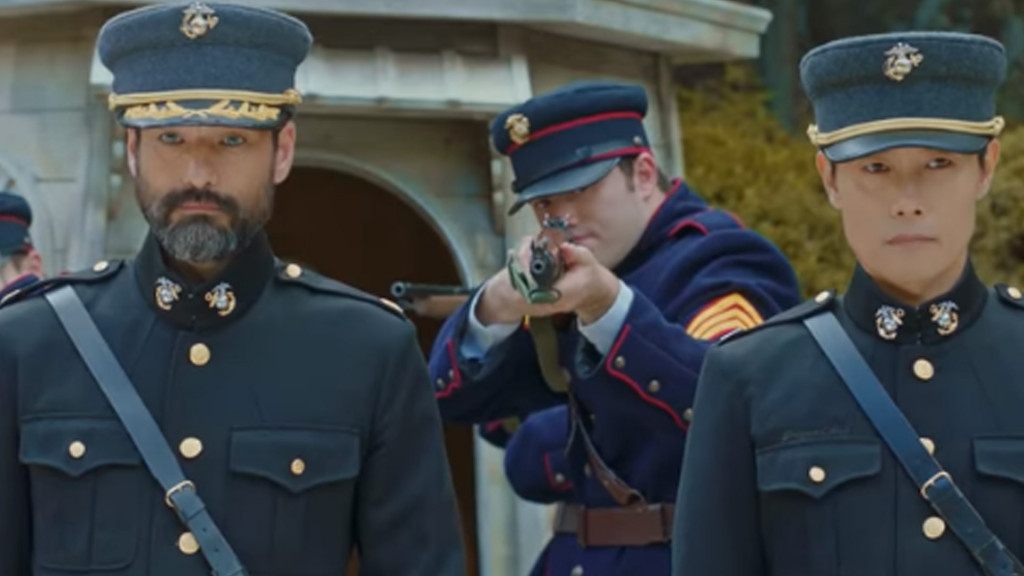 Choo Yoo-jin was born into slavery and it would have remained the same for him had his parents not been killed by their landlord. In order to save himself, he uses the help of a missionary and flees to America. Growing up there, he finds his way through the army and becomes a member of the Marine Corps. He is sent back to Joseon as the acting consul for the U.S.

The return brings back lots of memories for him, but it is not the same anymore. He suffers a crisis of nationality as his countrymen treat him as an American, while back in the U.S, he had never been accepted as one. His time in the country makes him aware of the impending colonization of Korea. Meanwhile, he falls in love with a noblewoman, but that too is a complicated story. Then there are other people who become a part of the storyline. Most important of them is Ishida Sho, another man who fled from Joseon in his childhood. However, his destination was Japan, and like Yoo-jin, he too joined an army, but of samurais. He returns to Korea with the propaganda of his own.

Mr Sunshine Season 2 Release Date: When Will It Premiere?

‘Mr Sunshine’ season 1 premiered on July 7, 2018. The show received critical acclaim and was a winner in ratings as well. Its cinematography and storytelling were particularly praised. It became one of the highest rated Korean dramas of the year. Netflix’s international distribution allowed the show to connect with a wider base of audience. It was also applauded on focusing an often-neglected era in the country’s history, raising awareness about that, and for putting strong female characters in the front.

But, ‘Mr Sunshine’ also received criticism for not being attentive enough to historical accuracy. The portrayal of certain points in the story didn’t corroborate with the accounts of that era. The stereotyping of Japanese and Americans and insertion of certain concepts that otherwise don’t fit the bill was brought out in the favour of its criticism. However, these things didn’t stop people from watching the show, and it rightfully held its place as one of the best K-dramas of 2018. The season ended after 24 episodes and the fans had been anticipating another season.

As far as ‘Mr Sunshine’ season 2 is concerned, showrunners, as well as the actors, have indicated that the finale wrapped up the story pretty well and there is no intention of bringing the show back. Though, with Netflix, never say never. They are known to bring back the show back from the dead. If that happens, we will be first one to let you know about ‘Mr Sunshine’ season 2 release date.

If you love Korean dramas, then ‘Mr Sunshine’ is sure to make a place in your heart. One watch is not enough, and in the absence of another season, you’d want to re-watch it. Head over to Netflix to catch all its episodes. Before that, have a look at the trailer, just to remind yourself of the journey you are going to take again.