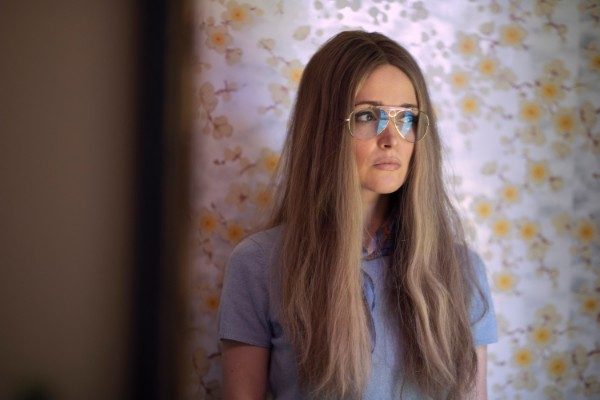 ‘Mrs. America‘ is a mini-series that revolves around the most unexpected threat faced by the second feminist movement: a woman. The title refers to Phyllis Schlafly, an Illinois housewife who was able to successfully rally conservative women to protest against the ratification of the Equal Rights Amendment (ERA). Cate Blanchett plays the role of Schlafly while John Slattery plays her husband. Each episode of the mini-series focuses on a different woman who was a part of the conflict. The second episode focuses on Gloria Steinem.

‘Mrs. America’ episode 2 begins with a politician asking Schafly for her mailing list so that she can advance the agenda against the ERA. However, Schlafly dodges that request as she does not want the politician to take all the credit. On the other hand, Gloria Steinem goes to a party. A reporter seeks her comments on Betty Friedan, another feminist saying that Gloria shouldn’t be mistaken for a leader of the women’s movement. Gloria tells the reporter that she herself has problems being a leader of the movement.

Schlafly convinces her friends to campaign against the ERA ratification by calling their friends and asking them to call others. Later, she gets invited to Phil Donahue’s show. Schlafly gives a rousing speech, saying that the ERA will lead to an end to separate washrooms for the two sexes. Gloria gets bumped to first-class on an airplane and discovers that her seat is next to Betty. Betty assures Gloria that she had been misquoted.

Bella Abzug (Margo Martindale) tells Gloria that she wants to have a spokesperson for the feminists’ group. She is concerned about Betty’s overtly fierce attitude when speaking to politicians. Abzug wants Gloria to contest for the position of the spokesperson as she is popular.

Phyllis is thinking of a way to stop Illinois from ratifying the ERA since it is her hometown. While strategizing, her friends start talking about bread, and that is when she has an idea. Just before the vote, Schlafly gives away free homemade bread and jam to the Illinois politicians with a note saying “from the breadmakers to the breadwinners.” Illinois votes against the ERA ratification. At the feminists’ meeting, Gloria brings up the issue of abortion. Abzug tells her that they cannot focus on it right away since it wouldn’t be a wise political move. Gloria walks out of the meeting without putting her name forward for the position of the group’s spokesperson.

The second episode of ‘Mrs. America’ turns out to be far more engaging than the first one simply because things finally seem to be in motion. There is a prominent, albeit slightly loose plot that drives the episode: something which was missing in the opening installment of the mini-series. Unlike ‘Phylis,’ the second episode, titled ‘Gloria,’ does not solely rely on characterization. In fact, many viewers might have expected Rose Byrne as Steinem to have more screen time than she did. Yet, the narrative cohesively places her story in the larger picture.

The most enjoyable feature of the second episode is undoubtedly how well disagreements in the feminist circle are shown. The episode successfully depicts how feminism is a discourse and not just a movement. A discourse can, and ideally should have varying points of view. ‘Mrs. America’ successfully shows how the feminists amicably discussed various issues with varying, often contradicting opinions openly and without scorn. Its depiction of politicizing within the feminist group is a welcome portrayal.

Apart from that, Schlafly’s strategy of stopping Illinois from ratifying the ETA is projected with some stylish flair. Irrespective of one’s political affiliation, that scene is bound to make any viewer punch the air (not really in joy) due to how entertainingly the moment is captured. The background score, combined with Blanchett’s performance is enough to let the moment define the entire episode. P.S. Rose Byrne’s shooter aviator sunglasses are stylish are debonair AF. Find a pair before they become too popular!