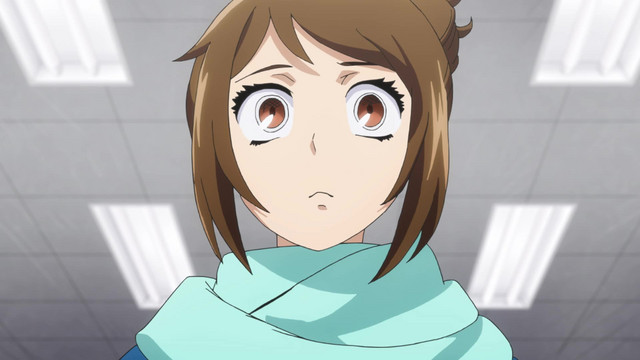 Muhyo & Roji’s Bureau of Supernatural Investigation (also known as Muhyo to Rōjī no Mahōritsu Sōdan Jimusho in Japanese) is a fantasy anime television series which is based on a manga series of the same name. Written and illustrated by Yoshiyuki Nishi, the manga series began serialization in Japan’s Weekly Shōnen Jump magazine on November 29, 2004. After nearly four years and 159 chapters, the manga series finally came to an end on March 3, 2008.

A decade later, famed Japanese anime studio Studio Deen announced plans to adapt the manga series into an anime television series and Season 1 of Muhyo & Roji’s Bureau of Supernatural Investigation premiered on August 3, 2018. While it wasn’t among the best anime shows of the year, it still managed to impress fans of the manga series and also managed to carve out a fanbase for itself. Since then, fans of the show have been waiting to hear news on a second season and here’s everything we know about the prospects of Season 2 thus far.

Muhyo to Rouji no Mahouritsu Soudan Jimusho season 1 premiered on August 3, 2018 and ran for 15 episodes till October 19, 2018. With fans all clamouring for a second season, Studio Deen subsequently announced that it would indeed be making a second season, much to the joy of fans. However, as it stands, there’s no information on when Season 2 will be released.

If Season 2 follows the precedent set by Season 1, then it should be released sometime in August 2019. However, if it does not follow the precedent, then Muhyo to Rouji no Mahouritsu Soudan Jimusho season 2 could premiere sometime in late 2019 or even in 2020. We can’t be sure till Studio Deen announces the release date of Season 2. We’re keeping our ears open for news on the exact Muhyo & Roji’s Bureau of Supernatural Investigation season 2 release date and we’ll update this section as soon as we hear something reliable.

For those who like watching anime shows in English, the bad news is that Muhyo & Roji’s Bureau of Supernatural Investigation is yet to receive an English dub. This, however, does not rule out the possibility of an English dub being licensed in the future, especially if the show goes on to become popular in the West and other English-speaking regions. Meanwhile, if you want to watch the show, you have to watch the original Japanese version with English subtitles. You can find subbed episodes on Crunchyroll.

The plot of Muhyo & Roji’s Bureau of Supernatural Investigation is a pretty straightforward one and is told in an episodic fashion.

Briefly speaking, the show follows a follows a genius Magical Law Executor, Toru Muhyo and his assistant, Jiro “Roji” Kusano. Living in a world where supernatural phenomena is quite common, Muhyo and Roji’s main job is to track down and find escaped ghosts and spirits. After tracking down such entities, the duo then judge whether a spirit will be sent to heaven or hell. With this basic premise, the show follows the many adventures and misadventures which Muhyo and Roji undertake in their lives.

Owing to its episodic nature, Muhyo & Roji’s Bureau of Supernatural Investigation has many characters. However, there are only two main characters in the show and below, we’ve provided you with brief backgrounds on each of them.

Toru Muhyo: One of the two titular protagonists of the show, Muhyo is a genius Magical Law Executor and holds the record for being the youngest to graduate from the Magical Law School. Shortly after graduation, Muhyo teamed up with Roji to found his own business dealing with the exorcism of ghosts and spirits and judging their fates. As far as Muhyo’s personality is concerned, he is shown to be a rather emotionless person who shows no signs of pity when exorcising ghosts and sending them away to hell.

Further, Muhyo spends much of his time sleeping and can be extremely rude to other people. Muhyo also tries his best to show that he doesn’t care about Roji, but his protectiveness about his assistant can be seen when the two encounter dangerous situations. Yet, for all his drawbacks, Muhyo is shown to have a strong sense of justice and a good heart. Apart from being a genius, Muhyo is also extremely powerful and is capable of carrying out exorcisms which otherwise require four top-notch exorcists like himself. Muhyo’s other powers include his ability to communicate with entities of hell, and this power also allows him to summon fearsome creatures from the underworld to carry out the sentences he gives.

Jiro “Roji” Kusano: The second titular protagonist of the show, Jiro is commonly known by his nickname Roji, and works as Muhyo’s assistant in his exorcism business. Roji is shown to be the quintessential assistant, and is equipped with all the skills required to assist Muhyo. Roji is not only knowledgeable about different types of ghosts, but he can also write powerful seals to hold ghosts at bay while Muhyo sentences them. In spite of these skills, Roji lacks no knowledge on how to exorcise ghosts and is completely inept at using the laws of magic.

As far as Roji’s personality is concerned, he is the exact opposite of Muhyo and is a kind-hearted person to a fault. Roji’s kind-hearted nature often gets in the way of his work, and he is also shown to be a sensitive crybaby. Understandably, Roji initially feels offended by Muhyo’s rude behaviour towards him and hates him. However, later Roji comes to know that Muhyo chose him to be his apprentice in spite of there being many other higher-ranking and better-qualified candidates. Thus, over the course of the show, Roji and Muhyo grow closer and become a fearsome exorcist duo. Additionally, Roji also serves as a plot device and is the comic relief in the show.