Where Was Mulan Filmed?

‘Mulan’ is an action drama film that follows Hua Mulan, the eldest of the two daughters of an honorable war veteran, Hua Zhou, as she goes out of her way to bring honor to her family. Tensions surmount the Hua household when the men of the Chinese Emperor summon one man per family to join the Imperial Army in their fight against the Northern invaders. Mulan’s mother informs her daughters that their father might not return home from war this time, owing to his deteriorating health and injured leg.

Fearing that this might be the last time she sees her father alive, Mulan decides to replace her father in the army. She masquerades as a man named Hua Jun and embarks upon a mission to utilize her combat skills endurance to become the best version of herself and save her country from the invaders, making her country and father proud. Directed by Niki Caro, the live-action adaptation of the eponymous 1998 animated film, is inspired by the life story of warrior Hua Mulan from the Chinese folklore ‘The Ballad of Mulan.’ Curious to know about the locations that serve as the backdrop of ‘Mulan?’ We have got you covered!

The movie has garnered a favorable response from the critics and the audiences for the terrific performances of its main cast, especially the titular lead, Liu Yifei. Apart from the action scenes, background score, well-rounded characters, period costumes, and emotionally charged narrative, the movie has also been lauded because of its expansive production design and scenery.

Actor Gong Li had earlier revealed the film’s production budget to be somewhere between $290–300 million because of the “massive and… unprecedented scale” of the sets. However, the studio announced that the actual budget of the movie is at least $200 million (excluding marketing cost), making it the most expensive live-action project ever helmed by a woman. The principal photography of the high-budget film began on August 13, 2018, and concluded on November 25, 2018, in two different countries – New Zealand and China. Here are the specific filming sites!

In September 2018, a crew of over 800-900 members was present at the Mackenzie Basin to shoot the film. Originally known as Mackenzie Country, the elliptical inter-montane basin is located in the Mackenzie and Waitaki Districts, near the heart of the South Island. 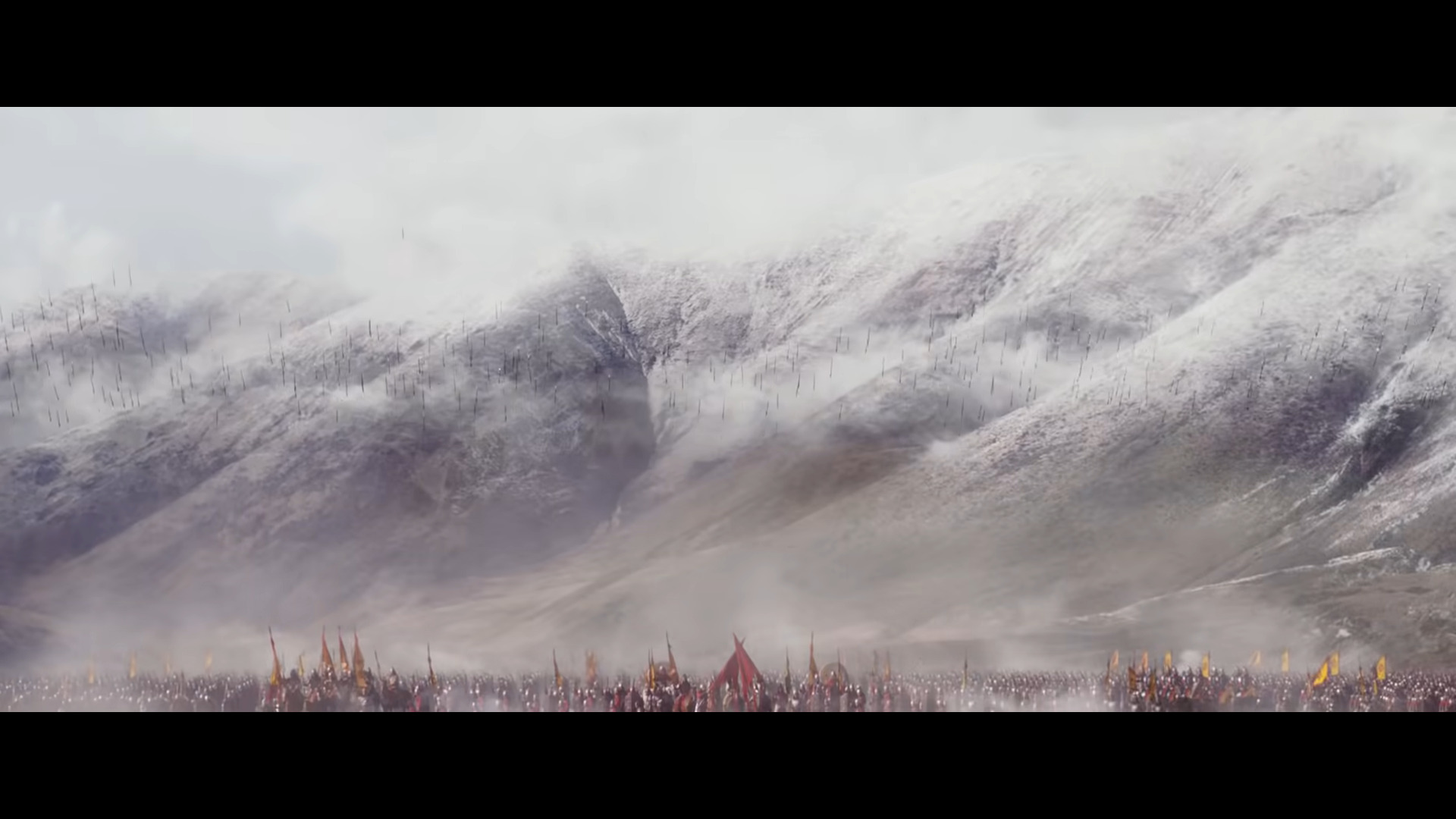 A film basecamp was set up in the Ahuriri Valley near the Birchwood Rd in North Otago. The base comprised 60 horses, 100 workers, many vehicles and cranes required to build a fortress that is used in the film. The lodging, dining, and manpower requirements brought at least $13 million to the Waitaki district. 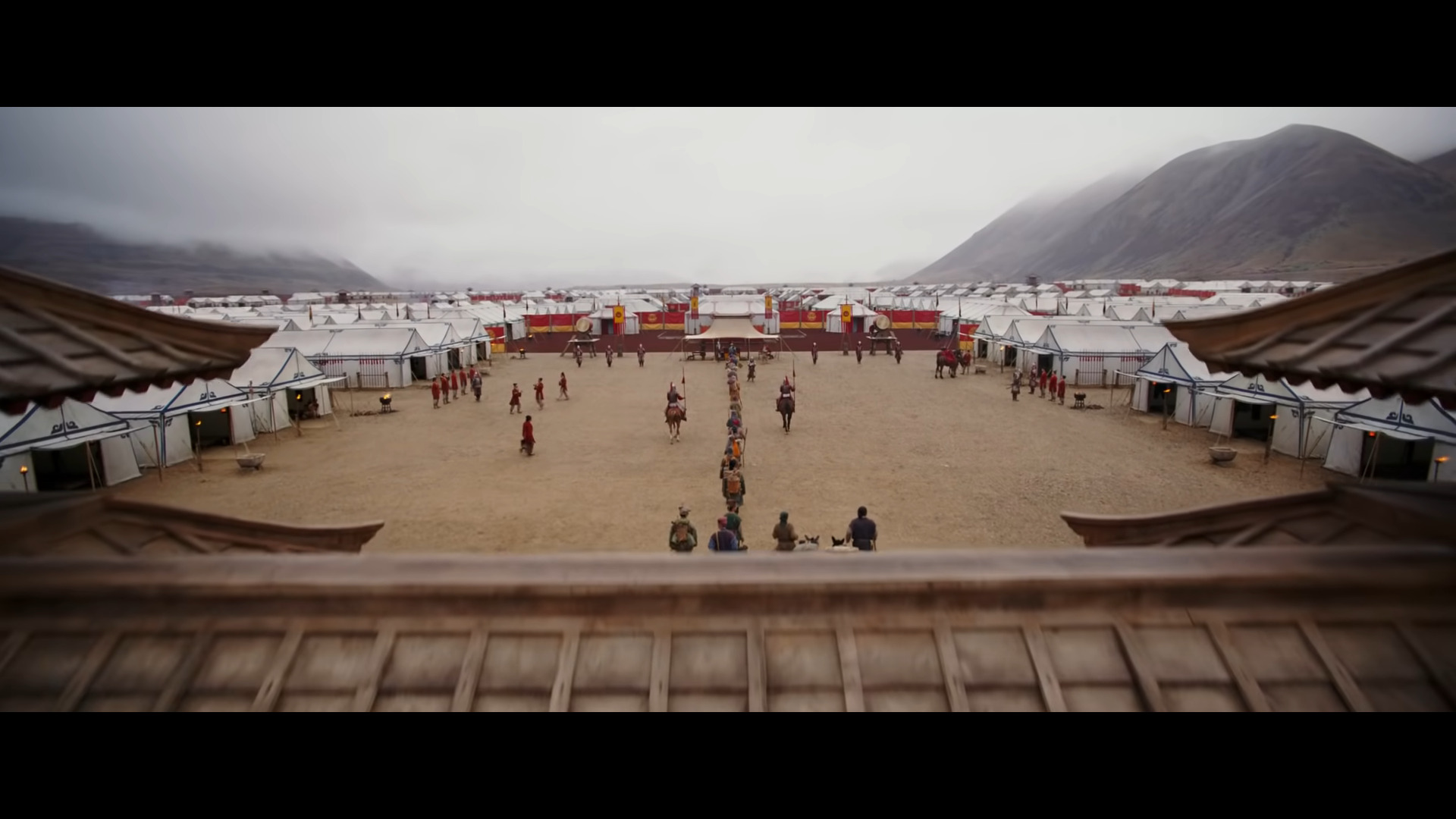 Several scenes were shot in the Omarama Clay Cliffs, located just 10 km west of Omarama, closer to the southern end of the Mackenzie Basin. The tall pinnacles are a spectacular sight to behold. The geological wonder appears in the background of the scene where the phoenix appears for the first time. While filming in Omarama for over a month, the actors stayed at Queenstown, a resort town in Otago, which is located just 20 minutes by helicopter.

Aoraki / Mount Cook is one of the top tourist destinations in New Zealand. The highest mountain in the country, lies in Canterbury, in the Southern Alps, which runs the length of the South Island. The mountain has Tasman Glacier on the eastern side, while Hooker Glacier to the southwest end. It is a popular location for hikers and mountain climbers and served as a filming location for ‘The Lord of the Rings.’ Here’s a picture featuring the director Niki Caro and the lead actor, while filming in the Tasman River Valley.

The night scene where Mulan prepares for the war by refining her combat skills near a lake was shot at Poolburn Reservoir, in Central Otago, on South Island.

Several studio scenes were shot at Kumeu Film Studios, located just 25 minutes from Central Auckland, in Kumeu. The 66.7 acres production complex comprises a huge stage, manufacture and office spaces, and around 12 hectares of forest. It also has an underwater dive and ocean surface tank, which are the two largest production water tanks in New Zealand. The crew constructed several sets on the site, including the interior courtyard in Mulan’s hometown. Over hundreds of actors of Asian descent were roped in to play extras in the Disney production.

According to reports, the cast and crew flew down to the Fujian province in the south-eastern part of China to film the scenes depicting Mulan’s hometown. Reports suggest that several scenes were shot in Xiaochun Tulou in Xiamen. A tulou is an earthen building, built by the Hakka people, a Chinese ethnic group, in the 13th and 20th centuries. The disc-shaped Chinese tulou clusters – Hekeng Tulou Cluster or Tianluokeng tulou cluster – in Nanjing County, served as a filming location for Mulan’s hometown. 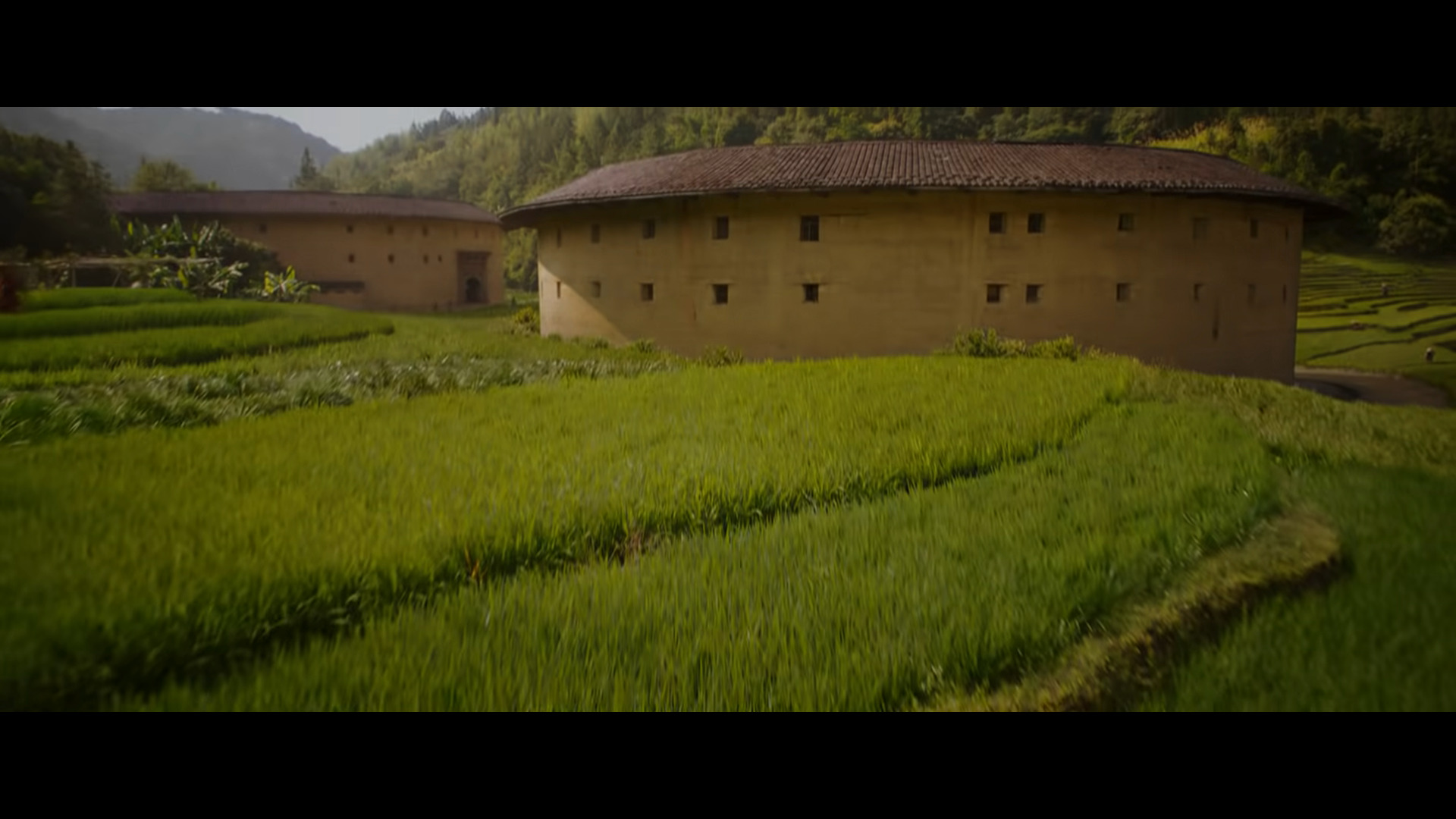 One of the most picturesque geo-wonders of the world, The Rainbow Mountains in Zhangye Danxia Landform Geological Park, in northwest China also appears in the film. 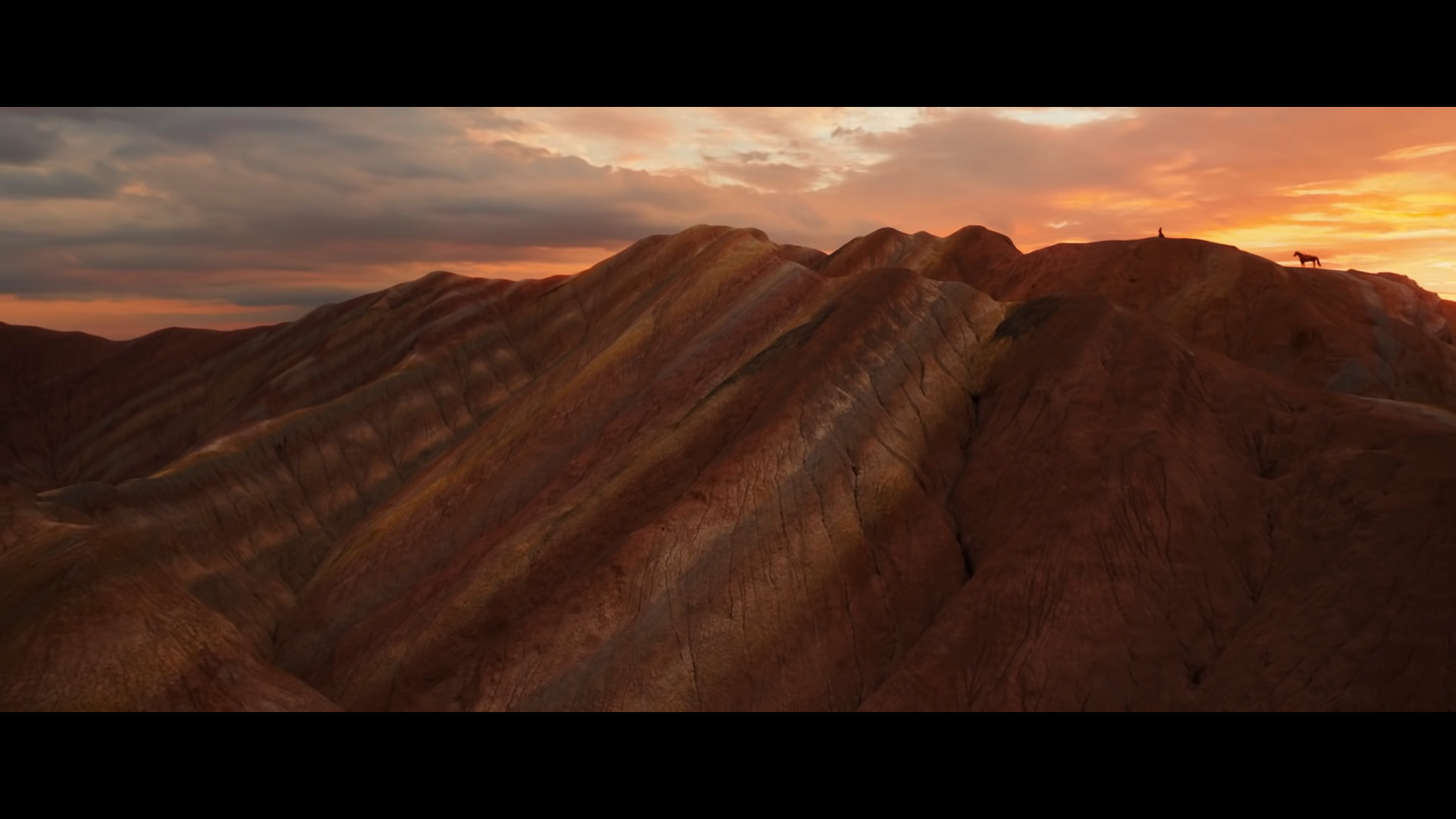 The Xiangyang Tangchang Film and Television Base doubled up as the shooting site for Mulan, its first international film project. Located in Xiangyang City, in central China’s Hubei Province, the film studio is an AAAA-level tourist site. It features the Imperial City of the Tang Dynasty in China, which was completed in 2017. Therefore, it is natural that the filming department chose the studio for shooting the film. 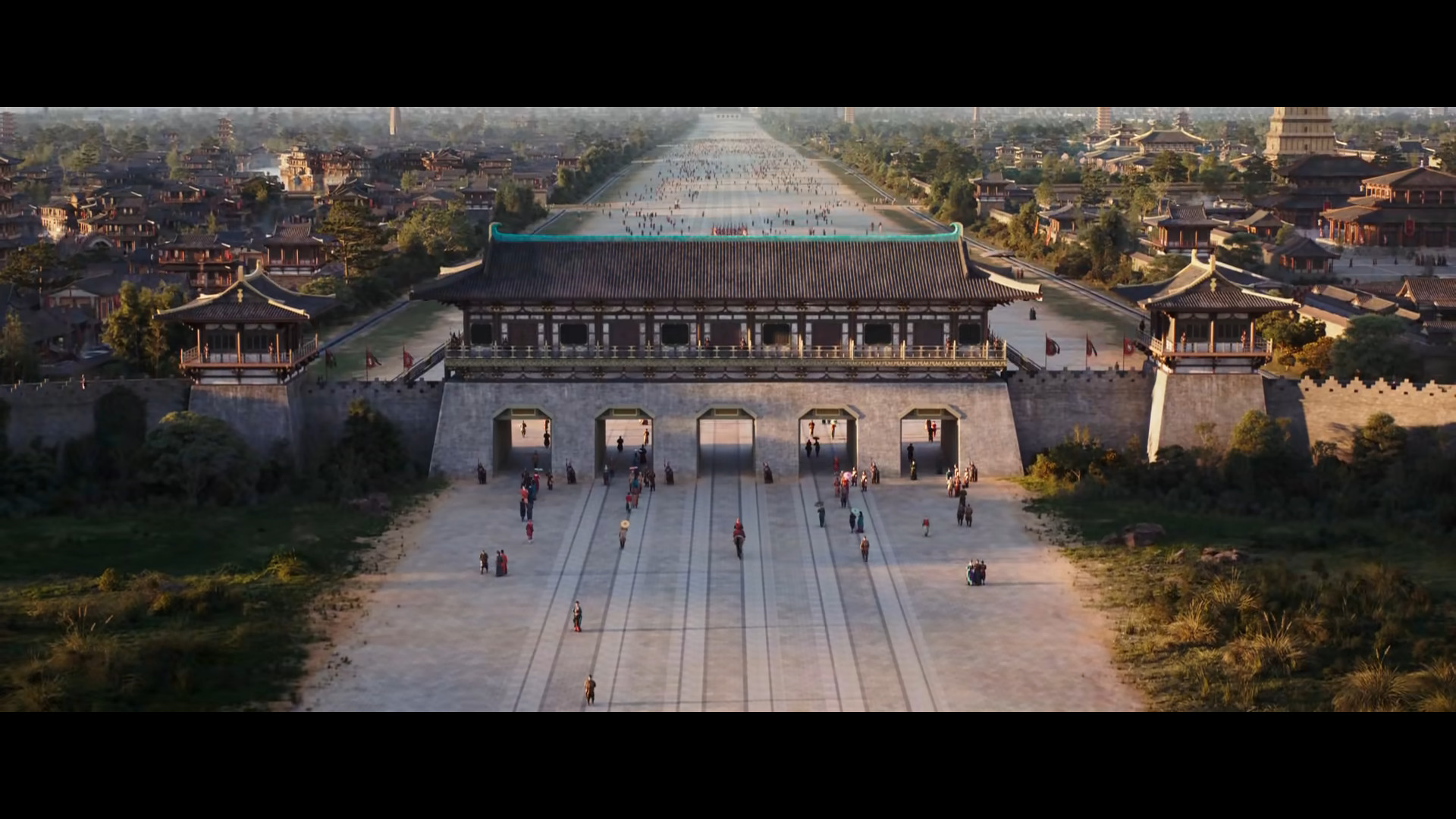