Murder in the Vineyard Cast and Filming Locations 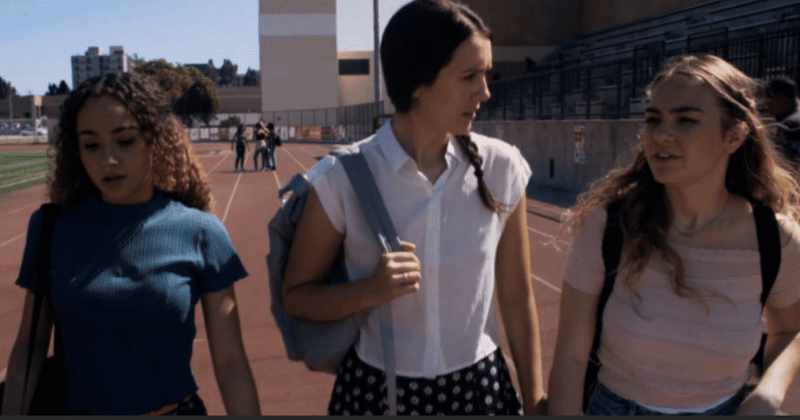 School: a time of learning and growing up. School is where most people become who they are as adults. School experiences shape one’s adulthood and that is why those years are some of the most crucial in one’s life. However, not everyone’s school experience is merry. Most people suffer some unspeakable things during their school days with bullying being a major concern. That is the reason so many movies and TV shows constantly warn and discourage such activities. The Lifetime movie, ‘Murder in the Vineyard’ is one such production with school bullying at the core of its premise.

Lifetime finds itself in a unique position to deliver such tales. Over time, the network has presented some edge-of-the-seat thrillers that viewers can enjoy from the comfort of their homes. Hence, ‘Murder in the Vineyard’ arrives with some reputation, from the hands of experienced folks.

‘Murder in the Vineyard’ revolves around a mother-daughter duo. The mother’s name is Emma while the daughter’s is Beatrice. Both of them move from the loud, big city lifestyle to a small town. At first, everything seems to go well. Emma has a successful career which is going well. Beatrice, on the other hand, finds herself fitting into her new school easily. The popular guy at highschool, Bryan pays attention to Beatrice too. However, at a party, Beatrice begins to be hazed by an unknown person. Nobody knows why someone constantly harasses her after that. Emma gets increasingly worried and will go to any length to protect her daughter.

Murder in the Vineyard Filming Location

‘Murder in the Vineyard’ is a classic small-town story. There are new residents who attempt to fit into a close-knit community. The small-town charm is depicted well too. Hence, it is natural for viewers to wonder where the movie has been shot. Is it filmed in an actual small town?

Most Lifetime movies are either filmed in Canada or California. The former is the filming location when a story requires a lot of outdoor filming. Moreover, most small-town-set stories are shot in Canada because of the kind of quaint locales that it offers. Hence, it can be assumed that the movie was shot in Canada. Moreover, Canada offers lucrative tax credits to filming projects too. This helps cut down on filming costs considerably, apart from diversifying the local economy.

Murder in the Vineyard Cast: Who is in it?

Several viewers would have also wondered who the cast members of ‘Murder in the Vineyard’ are. Well, the cast is led by Emma Fuhrmann. She plays the character of Beatrice. She plays Cassie Lang in ‘Avengers: Endgame.’ Next, Helena Mattsson is the one who plays Emma. Some of the productions that she is seen in include ‘Iron Man 2‘ and ‘Surrogates.’  Plus, Matthew Erick White plays the character of Bryan. He has starred in ‘Max and Me,’ ‘Prom,’ and ‘Until Then.’ Other cast members include Joanne Baron, Randy Vasquez, and Jon Root.