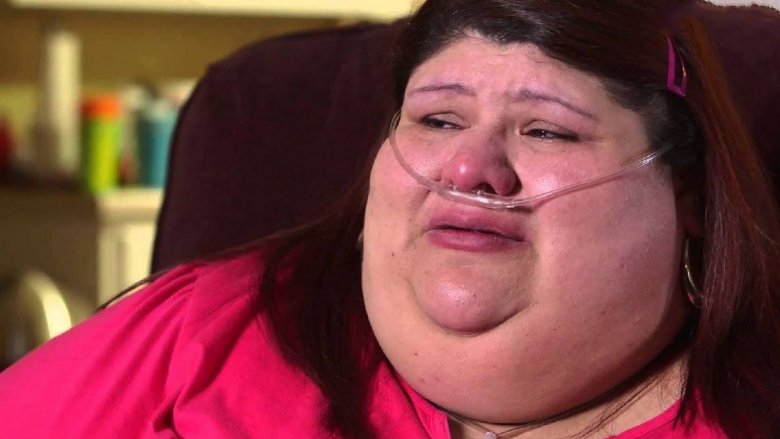 ‘My 600 Lb Life’, as the name suggests, follows multiple morbidly obese people who wish to earn a second chance at life. The hit reality series airs on TLC and is currently in its eighth season. Just like its previous seasons, the latest installment features a dozen heavily overweight individuals who seek the advice of celebrity bariatric surgeon Dr. Younan Nowzaradan as he helps them shed a few pounds and lead them toward a healthier lifestyle.

My 600-lb Life Season 8 Episode 2 Release Date: When Will It Premiere?

According to the synopsis for episode 2: “Lindsey had it all: a white picket fence, a loving husband, a great job. But now her food addiction is threatening to ruin everything. And as she embarks on a weight loss journey to save her life, is her husband a support or an addict himself?”

You can watch the latest episode of ‘My 600-lb Life’ if you have a cable connection, by tuning in to TLC at the above time slot.

You can also watch the released episodes online by logging into TLC’s official website. If you don’t have cable, you can live-stream the episodes on your computer, phone, Roku, Fire TV, Apple TV or other streaming devices through subscription services such as FuboTV, PhiloTV, and Sling TV.

Episode 1 introduces us to the first patients of bariatric surgeon Dr. Younan Nowzaradan — John and Lonnie Hambrick, two brothers who each weighs above 600 pounds. They arrive in Houston to seek the help of Dr. Now (Nowzaradan) to get their lives back on track. Although the siblings have been estranged for quite a long time now, they come together for one common goal.

When they first arrive, 35-year-old John weighs 686 pounds and Lonnie (aged 36 years) weighs 612 pounds. They start off their journey by agreeing on a diet plan, outlined by Dr. Now. During the visit, Lonnie says: “Neither of us has ever been able to get weight loss surgery and it’s gonna take something drastic like that to give me a John a fighting chance to lose all the weight we need.” The duo has already considered the fact that they might need gastric bypass surgery.

The siblings have suffered from food addiction since they were young. When John was just 8-years-old, he already weighed around 200 pounds, with Lonnie catching up at a worriedly fast pace. Especially after their mum remarried, they resorted to unchecked eating. Lonnie recounts his past saying: “Our stepdad gave me all kinds of hell because I was always different.” And when he came out to his mother as gay, she simply did not pay any attention.

Of course, sticking to a strict diet comes with its own challenges. They also need to become extra active despite their heavy weight. Lonnie even advises fans who are looking to change their lifestyle, stating: “If you fall don’t just stop, get back up and keep going. The key to think about is it’s a journey, so if you have a day tomorrow, you will do better. Never give up.”