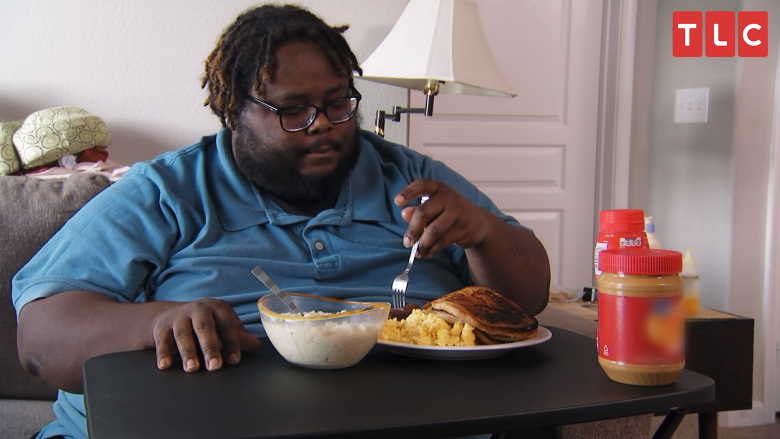 The eighth season of ‘My 600-lb Life’ has proved to be a phenomenal one, since it first launched on January 1, 2020. We have seen overly obese individuals, with no second chance, land in Dr. You’s clinic. While some are approved for bariatric surgery, others are not — for the sole reason that they are unable to reach the desired weight-loss mark.

Last week itself, we met Gina Krasley, who toward the end of the episode does not get approval for the process. But on a brighter side, she has not given up yet and the experience has taught her to keep trying – no matter what.

This week, we meet Travis, yet another morbidly overweight man who turns to food as his only mode of solace. In fact, once he starts eating, he cannot stop. And to help himself, he approaches Dr. Now.

Now, fans who have already finished watching it want to know everything about the upcoming episode. Below, we have described the tune-in times and streaming details of ‘My 600-lb Life’ season 8 episode 7, alongside a brief recap of episode 6.

My 600-lb Life Season 8 Episode 7 Release Date: When Will It Premiere?

The official synopsis for the seventh episode goes as follows: “Joyce needs home health care 24/7 and hasn’t left the house in 3 years. But getting to Dr. Now in Houston is just the first step, and when he prescribes therapy where Joyce must revisit an unhappy past with her mom, it might be more than she can handle.”

Travis Henry is the featured star in episode 6 of ‘My 600-lb Life’ season 8. He weighs over 600 pounds and his toxic addiction for food can be traced to his growing-up years. Henry’s parents used to constantly fight and as a result, he found solace in stuffing himself with all sorts of junk. After his parents separated and his brother moved out, Henry’s addiction only increased. He weighed a massive 300 pounds when in the school itself.

Later, when his fiance dumped him and his father broke all remaining ties, Henry’s dependency on food multiplied. By the time he was 20, he weighed 400+ pounds. After a couple of years, he met Yasmin but the couple still has not tied the knot since they cannot find a tux that can fit him. Worried about his health, Yasmin and Henry’s mom move with him to Dallas, where Dr. Now is their final hope.

After listening to his situation and examining the patient, Dr. You gives him a diet plan so that he can be approved for bariatric surgery. And the good news? Just after two sessions, he gets a ‘go-ahead’ for the procedure. At the end of the episode, he loses a total of 221 pounds. Travis’ final weigh-in measures 379 pounds. A happy Travis says in the episode: “My attitude toward life has changed, my quality of life has changed and it’s changed for the best and I enjoy it.”