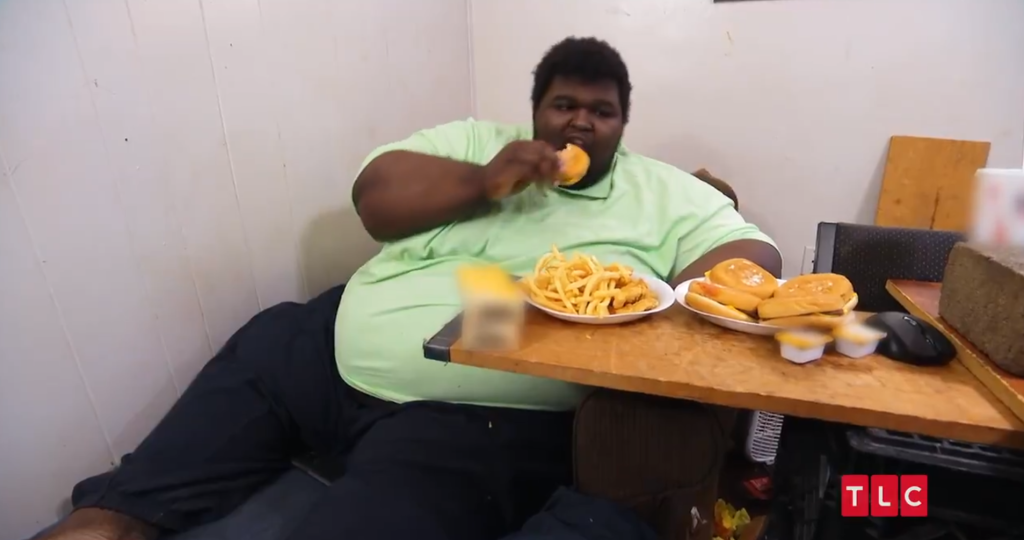 ‘My 600-lb Life’ has had its own share of unsuccessful stories across its seasons. For instance, just last week itself, we see Joyce, who is unable to meet the weight target required to qualify for her bariatric surgery. And yet, in spite of these few setbacks, the show continues to inspire millions. After all, we do need guidance to reach our goals. But results are always driven more by self-motivation and determination.

This week, we witness yet another emotional journey. We will come to that later in our recap section. Now, fans who have already finished watching it want to know everything about the upcoming episode. Below, we have described the tune-in times and streaming details of ‘My 600-lb Life’ season 8 episode 9.

My 600-lb Life Season 8 Episode 9 Release Date: When Will It Premiere?

This week, we meet Carlton and Shantel Oglesby, both of whom weigh above 600 pounds and are natives of Columbus, Ohio. Because of their staggering weight, the siblings, in spite of living in the same house, rarely see one another because their hefty mass renders movement almost impossible.

TLC sums up their condition, saying: “Shantel’s brother Carlton lives downstairs but she hardly ever sees him because at 600+ lbs each, neither can do the stairs safely. They need Dr. Now’s help to break free from a death spiral of codependent eating & reforge their sibling relationship.“

A bit on the background of this brother-sister duo. Both of them started binge-eating on junk in order to escape the trauma of facing an abusive father. Moreover, since their dad was in the military, the family often changed locations, and this further added to the stress. What happened was, when the siblings were just kids, Shantel discovered that their mum was a victim of domestic violence. She explains the situation in the episode, saying, “I really tried my best to hide it from my brother. When my dad got angry, I would put my brother in a room and turn the music on and then I would go and get something for us to snack on.”

So when they first meet Dr. You, Carlton weighs 786 pounds and Shantel stands at 638 pounds. The surgeon examines them and states that they have both reached a very risky stage in their lives. And of course, they cannot be approved for bariatric surgery immediately. Dr. You puts them on a strict diet and the siblings put in all their efforts to stick to the plan. Toward the end, they successfully lose more than 200 pounds each. As the episode draws to a close, Carlton decides to work to give a better life to his girlfriend and Shantel vows to spend more time with her kids and spouse.