‘My Hero Academia: Heroes Rising’ is far better than how we expected it to be. Despite having little to no links with the present arc of the anime, it has several references to many previous arcs of the series and also drops subtle cues on what the future holds for the show. If you’ve already seen the movie, you’ll know how brilliantly all of its action scenes have been choreographed and animated.

But more than that, the film’s ultimate message is what makes it so epic. So further down in this article, we’ll not only explain the movie’s ending but we’ll also further discuss all the Easter Eggs that it drops throughout its runtime and where exactly does its timeline fall in context with the main anime series. SPOILERS AHEAD! 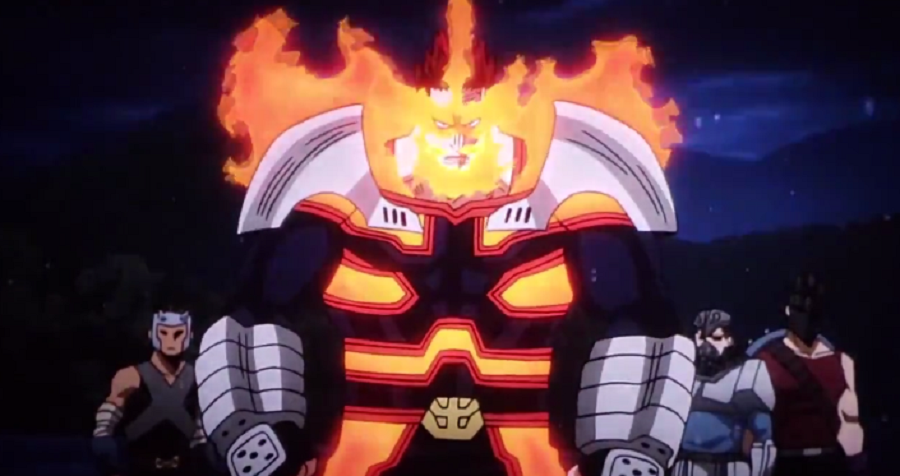 There’s a lot of confusion surrounding the exact timeline of this movie. The fourth season of the anime is still airing and as a fan of MHA, you cannot help but wonder where all of these events fall. From the looks of it, the events of the movie fall way ahead of the anime’s current timeline. One major easter egg which suggests this is Endeavour’s presence in the first few scenes.

If you look closely, you’ll find a huge scar across his face. In the present arc of the anime, no such scars can be seen. Much later in the series, Endeavor will get into a battle with High End and that’s when he’ll get this scar. We’ll probably get to see this arc of the story somewhere at the beginning of the fifth season, corresponding to chapters 184-193 of the manga. In a recent interview, Nagasaki Kenji also confirmed this by saying that: “If we take into consideration the timeline of Season 4, this movie takes place quite sometime after the current events in the anime.”

Apart from that, another easter egg that hints the timeline of the movie is the gloves Deku’s gloves. Recently, in the school festival arc of the fourth season, Mei Hatsume gave Deku a pair of gloves which allow him to control his abilities. With the so-called “Air Force Gloves” Midoriya is able to limit his One For All and in turn, avoids breaking his own arm while using his quirk. So clearly, the events of ‘Heroes Rising’ are quite ahead of the fourth season of the anime.

The Ending: Nine and his Links with the League of Villains 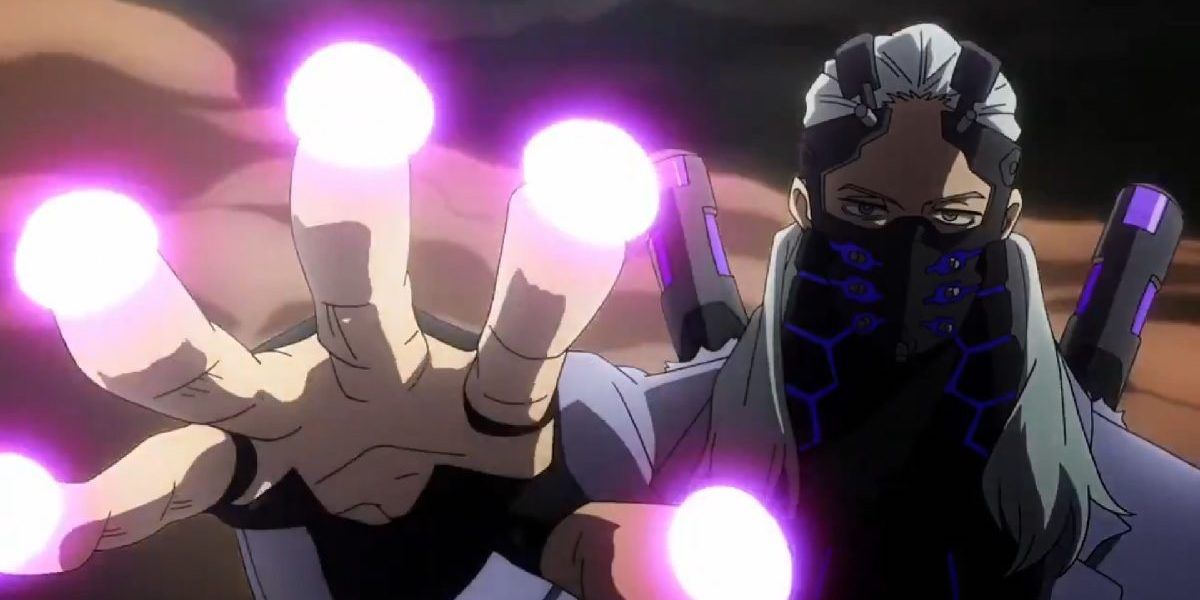 The movie introduces a whole new villain who goes by the name Nine. While the entire premise of the movie mostly revolves around Nine, who temporarily reigns over the world of heroes, the film also subtly foreshadows Shigaraki’s involvement in the overarching plot of the main series. In the closing scene itself, Shigaraki can be seen using his quirk on Nine and from the looks of it, all this while he was supporting him in a lot of ways. The last time Shigaraki was seen in the main anime series was when he killed Overhaul and since then, he has been seemingly working under the shadows. So he probably has planned something much bigger for the future.

There is a particular scene in the initial moments of the film where Hawks investigates Mr. Shimano’s assault and claims that the suspect who committed this crime, does not want to know which Quirk he has stolen. That’s when we see Shigaraki standing on a cliff right above him. This scene suggests that Nine was a part of Shigaraki’s plan all along and he was intentionally sent out to acquire an unknown quirk without being noticed by the heroes.

Moreover, the movie suggests that, although his limit is “nine”, Nine only possesses five quirks. Out of these five, one was merely an outcome of all the experiments conducted on him while the other was acquired naturally. So for obvious reasons he acquired the remaining three quirks from pro-heroes who were later left quirkless. However, at the beginning of the movie, Hawks starts investigating a case where four heroes have gone quirkless, which clearly suggests that one quirk is still missing. This is probably the quirk that was destroyed using the quirk disabling drug, which is now possessed by the league of villains. 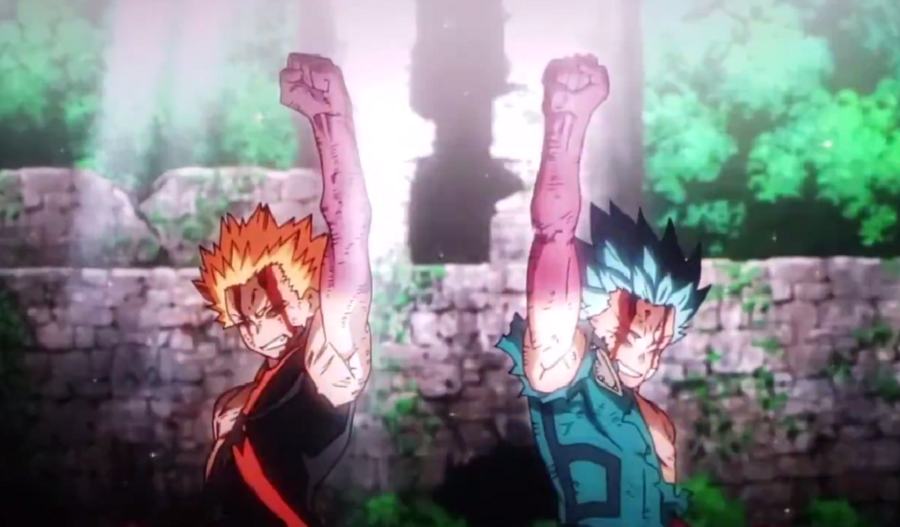 One of the most surprising moments of the movie is when Deku decides to share One For All with Bakugo even after knowing that he might temporarily lose his abilities with this. So let’s try to understand how this works in Deku’s favor and how is he is able to retain One For All later. Firstly, you must be wondering why Nine is not able to steal Midoriya’s quirk. He is not able to do so because One For All can only be inherited from its rightful owner by someone who is worthy and secondly, from what we can deduce from Deku And Bakugo’s fusion, it can also be forced onto someone in moments of need. Since Deku was not willing to give his quirk to Nine, he was not able to steal it away from him.

After joining forces and pulling off a “super Saiyan-esque” fusion, Deku and Bakugo are able to finally defeat Nine. However, in the end, only Deku is able to retain One For All and Bakugo also seems to have no memories of acquiring it. Bakugo’s lack of it probably suggests that either the creators of the show don’t want to reveal any spoilers for what lies ahead or they just don’t want to create any unnecessary plot points that would not come in tandem with future arcs.

But here’s an interesting bit. In an interview, Kōhei Horikoshi, the creator of the anime claimed that he would like to use the concepts of the film in the final battle of the anime. So this probably means that we’ll get to see more of these fusions in the future and we might even get to see more individuals with multiple quirks. Also, this proves that only Deku is worthy of possessing One For All and that’s the reason why Bakugo is not able to acquire it.

What Does it Mean to be a Hero? 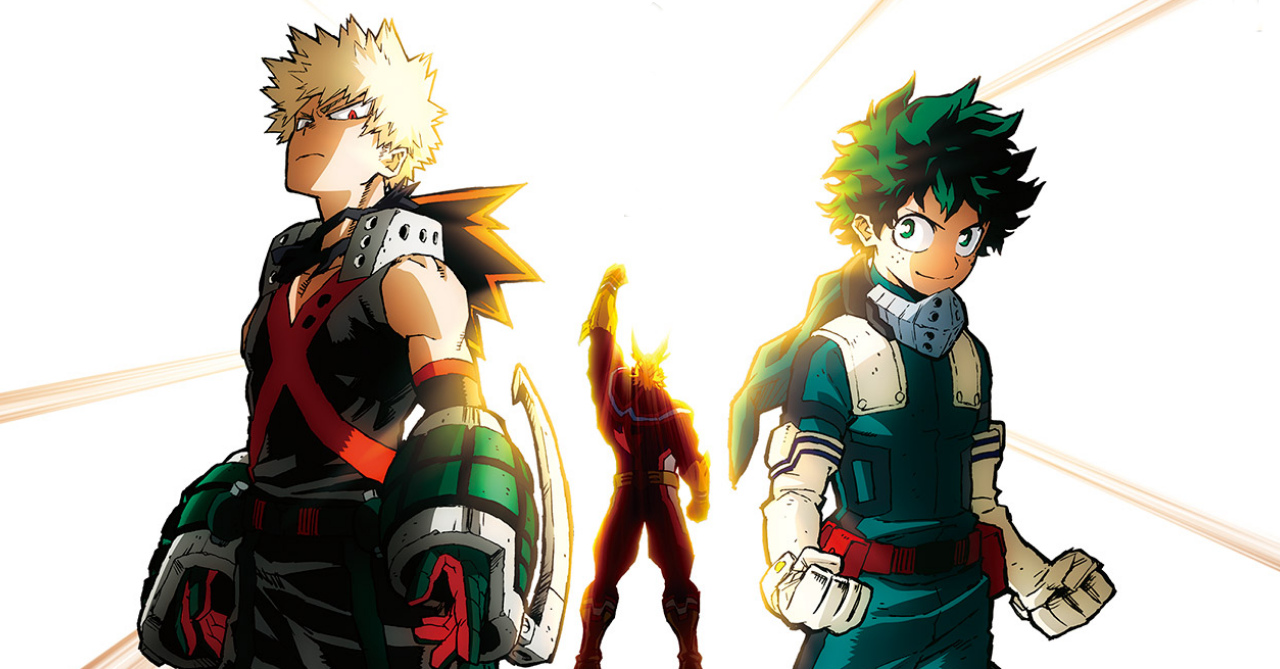 Some would claim that the entire second half of the movie simply compromises character development for the sake of action scenes. However, even during these actions scenes, one can see subtle references to the initial seasons of the main anime. There was a time when even Deku was completely quirkless but despite that, he intuitively walked right into the face of danger and put his own life on the line. And this is the reason why he was able to impress All Might and acquire One For All. There’s an exact similar scene in the movie as well in which Katsuma puts his own life on the line just to save his sister from Nine.

As All Might once said, all heroes have had their own moments of utter bravery where they didn’t think twice before putting the lives of others before themselves. Despite knowing the dangers that lie ahead, they just simply put themselves out there because that’s what it means to be a true hero. Time and again, ‘My Hero Academia’ uses this notion to prove that there’s a hero buried in everyone, all it takes is one moment to let that hero out. Deku had this in the first season, Red Riot had his moment in the fourth season, and in the movie, it was Katsuma’s time to shine. Being a hero is, indeed, a lot more than just being physically strong.