Will There be a My Hero Academia Movie 3? 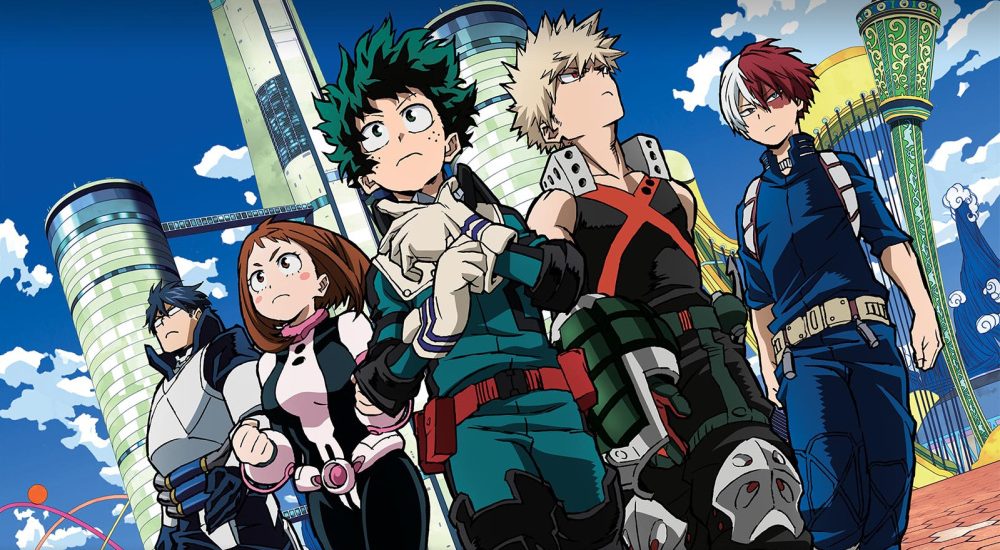 The anime lover in us is always looking for new shows to watch and as much as we love dark anime like ‘Tokyo Ghoul‘ and ‘Neon Genesis Evangelion‘, there’s something about light-hearted superhero action anime shows like ‘My Hero Academia’ that appeals to us.

The whole superhero genre is heavily saturated in almost every medium but ‘Boku no Hero Academia’ is a show that brings in some out-of-this-world creativity with its portrayal of heroes and their so-called quirks. And, of course, more than anything else, the anime makes you go through a myriad of emotions where you find yourself laughing and crying with your beloved characters.

Although the anime series is still far from being an exceptionally huge franchise like ‘Dragon Ball Z‘ or ‘Naruto‘, the anime is slowly expanding its roots into other mediums like gaming, movies and even live-action adaptations. While the gaming series is still catching up with the high standards set by the main anime series, the side story movie adaptations of ‘My Hero Academia’ have been doing surprisingly well. And now that even the second movie has premiered, as fans, we can’t help but wonder if there will be more of these in the future or not. So here is everything that you need to know about the prospects and release date of ‘My Hero Academia Movie 3’.

My Hero Academia Movie 3 Release Date: When will it premiere?

The first ‘My Hero Academia’ movie, titled ‘Boku no Hero Academia the Movie 1: Futari no Hero’, premiered on August 3, 2018. The film was more or less of a spin-off of the third season of the show which aired from April 7, 2018 to September 29, 2018. The second movie, titled ‘Boku no Hero Academia the Movie 2: Heroes: Rising’ released on December 20, 2019 and served as a side story movie for the fourth season of the anime. Both the feature films are inconsequential in context to main anime series and except for having the same characters and setup, there are no connective threads between the movies and anime.

When it comes to a third film, although the anime has been doing great so far, it seems very less likely that it will ever be created. Kōhei Horikoshi, the creator of the anime, claimed that there probably won’t be another ‘Boku no Academia movie. He explained that the second movie serves as a finale to the movie series as he has introduced certain concepts in the film that he would like to use for the final battle in the manga. Adding to this, in one of his interviews, he also claimed that he has the intention of keeping the anime concise and will make sure that it does not tread the path of other long-running franchises such as ‘One Piece.’

From a commercial standpoint, ‘My Hero Academia’ is seemingly doing better than ever and its fan base is still growing. But now that the creator himself has is almost pretty sure that he won’t be considering it for a sequel, the chances of getting a third movie are fairly low. Nonetheless, as fans of the series, this still leaves us with something to look forward to. The ending will not only bring the events of the main series in full circle but will also serve as a conclusion for the entire franchise.

If by any chance, the creators of the anime are still thinking of releasing another movie, considering the previous release pattern of the anime, we can expect My Hero Academia 3 to release sometime in 2023 or later. And like the other two movies, this movie will probably be a spin-off of the fifth season of the anime.

The subbed and the dubbed versions of the main series are available on Funimation, Crunchyroll, AnimeLab and Hulu. You can stream ‘Boku no Hero Academia the Movie 1: Futari no Hero’ on Hulu and Amazon Prime. When it comes to the second movie, it isn’t available for streaming yet, but we can expect it to be available on some popular streaming platforms in the second half of 2020.