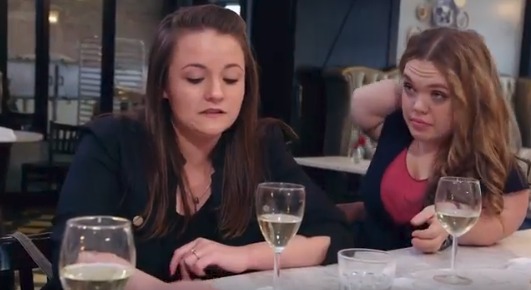 ‘My Little Life’ is a reality television mini-series that first premiered on April 4, 2018, on TLC. The show follows a group of really young little people, who are battling through some of the most difficult phases of life. They face pressure from society as well, that sometimes takes their lifestyles as a taboo and often treats them without sympathy. The show addresses their issues and the troubles they face while trying to make it in the world on their own.

There are many shows on different networks that feature the love-lives and coming-of-age problems of different people. Though, with ‘My Little Life’, you witness these problems from the perspective of people who are physically different from the average-sized people.

The show has had a good first season, leaving fans wondering whether there will be a ‘My Little Life’ Season 2. We delve into that right after sharing some details of the show.

My Little Life Cast: Who’s in it?

The show casts five different people belonging to different professions, cultures and cities. Vince Brasco, Diane Kawasaki, Lee Liston, Timberlee Pratt, and Michelle Stevens are the main members of the series and they all play themselves. Apart from them, the series also casts friends, love-interests and peers of these actors.

My Little Life Plot: What is it about?

The season premieres with the introduction of all the characters. Lee is a Mormon, Vince is a bodybuilder, Michelle is a model, Diane is a comedian, and Timberlee is a single mom. Lee likes Bailey, who is an average-sized woman. He is facing trouble deciding what to do about his feelings and their friendship ultimately ends when he expresses his desires for her.

Diane, on the other end, decides she wants to have a baby. She continues her regular life and meets new guys on dates. Though, at the same time, she is worried if her height would cause problems in her pregnancy. She consults a fertility doctor and discusses her plans with her parents.

Michelle opens her first art exhibit and Vince’s friends encourage him to start dating. The silver lining is that he does find a love interest after all. Timberlee returns to her hometown and in one of the episodes, the stars attend the Little People of America Convention and learn facts about their personalities.

My Little Life Season 2 Release Date: When will it premiere?

‘My Little Life’ Season 1 premiered on April 4, 2018, on TLC. The show was spread across 6 episodes and the last episode released on May 9, 2018. The show has received good response from the audience and critics. Looking at where Season 1 has ended, we assume that there will be a Season 2 as well for the show. Although there is no official announcement regarding the show yet, we assume that ‘My Little Life’ Season 2 might release sometime around May 2020.

‘My Little Life’ Season 1 ended with plenty of unanswered questions. For Season 2, the audience would like to get a better picture of how much the cast members have progressed in their lives since the last season, and where they are headed now.

Lee’s relationship with Bailey ended on a very sour note and Diane’s decision to have a baby did not seem very planned. The viewers would love to know if they have finally got what they have been hoping for in their lives or if they are still struggling with problems. Vince’s love life had taken a good track in Season 1 and it would be interesting to watch him progress further in Season 2. Whereas for Timberlee, the viewers would get some peace to know if she has got some solace in her life.

The show gives the viewers an insight into the world of a particular community within society, their limitations, and social struggles. These people are not perfect either and their problems are not unique but, there are very few shows that focus on little people and how exactly their lives are. ‘My Little Life’ Season 2 will most probably continue with the lives of the little people we have met in Season 1.

You can catch a clipping below to get an idea of the show.