You Who Came from the Stars Season 2: Premiere Date, Cast, Recap, Update 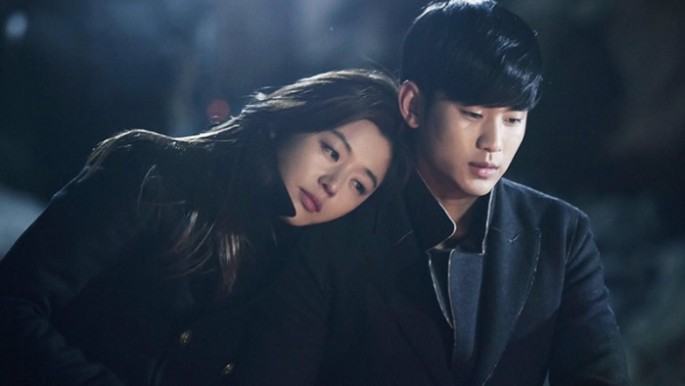 ‘You Who Came from the Stars’, also known as ‘My Love from the Star’, is a Korean fantasy drama that aired on SBS from 2013 to 2014. The 21-episode series is directed by Jang Tae-Yoo and credits Park Ji-Eun as the writer. Producers include Moon Bo-mi and Choi Moon-suk. This is a tale about an alien who lands on earth, four centuries back, during the regime of the Joseon Dynasty. Now, in the modern era, he falls in love with a popular actress.

After its release, this hit K-drama garnered huge positive reviews from viewers and also won multiple awards, not only in South Korea but also across Asia. It received the Daesang, Korea’s most prestigious award for television.

My Love from the Star Cast: Who is in it?

‘You Who Came from the Stars’ comprises an ensemble cast. Leading the cast is Jun Ji-Hyun (a top Hallyu actress and known for roles in ‘My Sassy Girl’ and ‘The Thieves’) as Cheon Song-Yi — a popular Hallyu star, who thinks that she is every man’s dream girl. However, her views change when she comes face to face with her stoic neighbor, Do Min-Joon. Gradually, she starts getting attracted toward him and tries to make him fall for her.

Kim Soo-Hyun (‘Real’, ‘Dream High’) is Do Min-Joon, an alien who dearly loved a girl after he arrived on earth during the Joseon era. However, she died while saving him and now, he is cold and distant. In the present year, he only wishes to return to his home planet, after living an isolated life all these years. But when he sees Cheon Song-Yi, he notices that she is the doppelganger of the girl he had loved four centuries back.

Park Hae-jin plays Lee Hee-Kyung, Cheon Song-Yi’s childhood friend, who harbors a one-sided love for her. He believes that one day she might love him back. But currently, he supports her in everything, just like a close friend would. Yoo In-na stars as Yoo Se-mi, Song-Yi’s best friend since childhood. She is outwardly sweet, but deep down, she is jealous of Song-Yi and has been hiding her feelings from Hee-Kyung.

My Love from the Star Plot: What is it about?

The story begins in 1609 when we meet Do Min-Joon, an alien that lands on our planet during the rule of the Joseon Dynasty. However, he gets stuck on earth after he saves a young girl, Yi-Hwa from falling off a cliff. He misses his ship and is stranded here for the next 400 years. With a perfect appearance and enhanced capabilities, he does not have a favorable opinion about humans. Since he never ages, he needs to assume a fresh identity every 10 years.

In the current year, he has started working as a professor and is waiting for the last three months to get over so that he can return to space. But then, he comes across Cheon Song-Yi, his immediate neighbor and a renowned actress. Gradually and unwittingly, he somehow starts getting involved in all her crazy antics and unpredictable situations. He also discovers that she looks exactly the same as the girl he had loved way back in the 1600s. In spite of Min-Joon’s attempts to avoid falling for her, he finds that he cannot help getting attracted to the lovely next-door girl.

We then meet Yoo Se-mi, Song-Yi’s closest friend, who secretly loves Hee-Kyung, who in turn loves Song-Yi. But when her attempts are unsuccessful, Se-mi starts focusing on her acting career. Meanwhile, Min-Joon ends up saving Song-Yi from multiple dangerous situations and they both start falling for each other. As the episodes unravel, Min-Joon increasingly becomes conflicted between staying back or returning home. Does love finally win? Give it a watch and you shall know. If you are a die-hard romance fan, we bet you won’t regret checking out this beautiful romantic drama.

My Love from the Star Season 2 Release Date: When will it premiere?

‘You Who Came from the Stars’ Season 1 premiered in Korea on SBS on December 18, 2013. After spanning 21 episodes, it concluded with its finale on February 27, 2014. The series garnered immense approval ratings and even greatly influenced Korean fashion. It was extremely successful in China, where it progressed to become the most expensive drama to be sold to date. It was released internationally in several nations, including the US, where it was broadcast on Viki, Drama Fever, and Sky Link TV.

A combination of mystery, romance, and sci-fi, this famous Korean drama, has been renewed for another season. Director Jang Tae Young revealed that a second season is in the pipeline. But the sad part is, Kim Soo-Hyun and Jun Ji-Hyun won’t be returning to reprise their original roles. They will be replaced by new actors.

Additionally, it has not yet been confirmed if the new installment is a sequel or a prequel. As the lead character has lived for so many years on earth, there is immense scope for multiple story arcs. The creators have not confirmed on a release date as of now either. But yes, it is for sure that ‘My Love from the Star’ season 2 is on its way and could release as soon as 2020. We will update this section as and when we learn more.

My Love from the Star Trailer:

While we wait for an update on ‘You Who Came from the Stars’ Season 2 release date, below is the official trailer for season 1.

Read More in K-Drama Preview: Descendants of the Sun | The Heirs