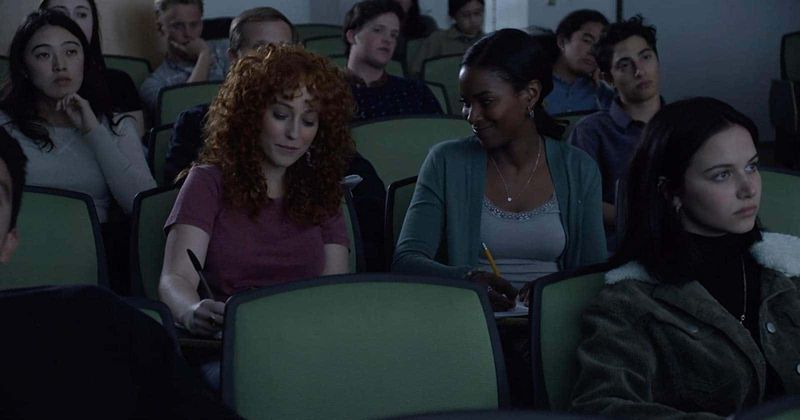 If you have ever lived in a rented house or apartment, you will know how much of a blessing it is to find an affable and understanding landlord. Anyone who has ever come across an unreasonable landlord realizes how much of an effect it can have on your personal and professional life. ‘My Nightmare Landlord’ is a Lifetime original thriller film that deals with one such landlord who becomes the stuff of nightmares for our protagonist. The film is directed by Dylan Vox and written by Naomi L. Selfman. Vox is a veteran TV actor and this film is his sophomore directorial venture. Selfman, on the other hand, has a huge number of TV movies under her belt. The combined effort of these two artists is bound to be something scintillating.

The story of ‘My Nightmare Landlord’ centers around a woman called Lydia who has recently broken up with her long-time boyfriend and is in desperate need of a new place to stay. She does manage to find such a place, but constantly feels lonely and fails to find something which will take her mind off the pain she is feeling in her heart. In such a situation, her warm and friendly landlord reaches out and tries to help her get back on her feet. Although their relationship starts off in an affable manner at first, soon Lydia realizes that her landlord is becoming more and more obsessive about her. When things soon take a dangerous turn, Lydia realizes that she has to act before it is too late.

Films like ‘My Nightmare Landlord’ are shot on small budgets, making it quite impossible for the producers to send their cast and crew around from one city to another for filming. Such movies are mainly shot in indoor locations, in Los Angeles, or in certain Canadian regions where there are interesting tax benefits on offer for film production companies. Read on to know more about the cast and filming location details of ‘My Nightmare Landlord’:

The central character of the film, Lydia, is played by Caroline Harris. Not having been in the industry for long, Harris has mainly acted in short films, the TV movie ‘American Anthology: Ruth Okenowi’, and the TV shows ‘Bruh’ and ‘Shook’. Ignacyo Matynia portrays the role of Lydia’s landlord Drew. He has also mainly acted in short films and has had a few guest appearances on certain TV shows. This movie might prove to be a big break for Matynia. Some other important characters in the film are portrayed by Sinéad D’arcy, Spencer Belko, Andre Boyer, and Willow Hale.

Unfortunately, neither the cast or the crew members of ‘My Nightmare Landlord’ have revealed anything regarding the filming locations of the movie. However, the story of the film suggests that most of the drama happens indoors, and thus the place where the film has been shot does not play much of a significance in the plot. Considering the fact that the production company behind this film, The Asylum, is based out of Burbank, California, we can presume that the filming was also carried out in and around Los Angeles.