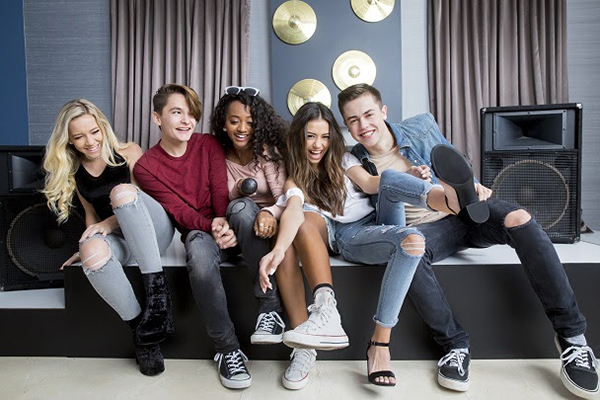 My Partner Knows Best is a TV program directed by Sharon Everitt Logline that first premiered on 18th July 2018 on Lifetime Television Network. Popular actors like Jason Biggs of American Pie and his real-life wife and actress Jenny Mollen are the two main host of this series. Jenny has been seen in various roles like in Chicago Fire (Detective Bianca Holloway), Angel (Nina Ash), Girls (Courtney), Crash (Tess Nolan) and more. They are one of the most outrageous couples of Hollywood. They have two kids and recently, in 2018, they celebrated their 10th wedding anniversary. Married couples from various cities face some real-life challenges in My Partner Knows Best. The first episode of the series was named as “Hell on Heels” because the partners had to wear high heels and run on an obstacle course. They also agree to wax their whole body. The couple who wins this series walks out with the title of My Partner Knows Best! and a cash prize. The show mainly tries to gauge how well these married couples know each other deeply through various tests.

My Partner Knows Best Season 2 Cast: Who is in it?

Jason Biggs and his real-life wife and actress Jenny Mollen are the two main hosts of this series who are expected to return in the upcoming season. We will update this article when we know more about a new cast.

My Partner Knows Best Season 2 Plot: What is it about?

My Partner Knows Best is hosted by Jason Biggs and Jenny Mollen that features real-life couples who have to go through various challenges to find how much they know each other. The couple who clears all the rounds takes the money home and will proudly be able to say “My Partner Knows Best!” This comedy show is solely based on the relationship between the couples. Every week, three couples are featured, and there is only one winner. The first episode was aired on 25th April 2018, and the last episode was aired on 2nd May 2018. In the previous season, Jason and Jenny introduced three couples to the show. They are put through various challenges. They only know how to complete this ultimate relationship test by competing in various obstacles. The wives put their loving husbands to run an obstacle course. To make this challenge more difficult, the husbands have to wear heels while racing on the course. Later on, they are also asked to do full body wax by the hosts. In the next episode, wives are given a few tasks by Jason. He pulls a sudden twist by trapping the wives in a plumbing nightmare. On the other hand, husbands get assisted by Jenny to decide a night out at a motel. We don’t have many beans to spill onthe upcoming season. This season will be updated when we know more. Stay tuned

My Partner Knows Best Season 2 Release Date: When will it premiere?

Fans have really loved the new concept of the show and are waiting with bated breaths to hear about the new season of My Partner Knows Best. It is likely they will have to wait a little longer for news on the renewal of season 2. Keep an eye on this section to know more about the upcoming season.

You can enjoy the first episode of season 1 and decide whether you want to continue watching it or not.