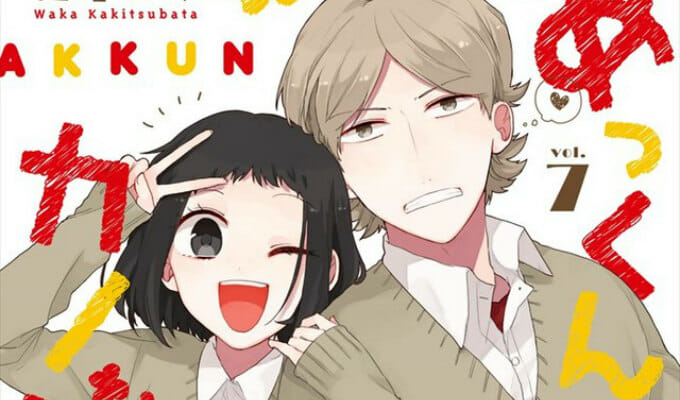 My Sweet Tyrant (also known Akkun and His Girlfriend or Akku to Kanojo in Japanese) is a romantic comedy anime television series which is based on a manga series of the same name. Written and illustrated by Waka Kakitsubata, the manga series was first published on June 15, 2013, and ran till June 15, 2018. Just prior to the manga series’ end, an anime studio called the Yumeta Company announced plans to adapt it into an anime television series, and Season 1 of My Sweet Tyrant made its way to viewers’ screens on April 6, 2018. It was appreciated by fans of the manga series and new viewers alike, and since then, fans have been waiting to hear news on a second season. Here’s everything we know about the prospects of Season 2 thus far.

My Sweet Tyrant Season 2 Release Date: When will it premiere?

My Sweet Tyrant season 1, consisting of 25 five-minute episodes, premiered on April 6, 2018 and ran till September 21 of the same year. In the time that has elapsed since then, Yumeta Company has not announced anything pertaining to a second season, and it remains to be seen whether Season 2 is made at all.

However, there’s no reason to get worried right now since anime shows are sometimes renewed after a few years have passed and there’s plenty of time left for a renewal to be announced. Further, Season 1 of My Sweet Tyrant only adapted a few of the 66 manga volumes, so there’s plenty of source material for Season 2. Thus, there’s a decent chance of My Sweet Tyrant getting renewed for a second season, especially considering the fact that episodes are only five minutes long and won’t require the effort involved in the production of anime shows with lengthier episodes. At this point, our best guess is that My Sweet Tyrant season 2 release date could fall sometime in 2020 or 2021. We’re keeping our ears open for news on Season 2 of My Sweet Tyrant, and we’ll update this section as soon as we hear more.

Although My Sweet Tyrant enjoys popularity both in Japan and abroad, no English dub of the show has been released thus far. If you want to watch the show, you can find the Japanese version with English subtitles on Crunchyroll.

Owing to the short length of each episode, there’s not much of a plot to My Sweet Tyrant, and the show primarily revolves around a high school student called Atsuhiro “Akkun” Kagari and his girlfriend, Non “Nontan” Katagiri.

One one hand, Akkun is shown to be extremely rude to Nontan, but on the other hand, he really cares about her. The problem with Akkun is that he can’t really express his feelings towards Nontan, and his feelings for Nontan result in him frequently stalking her in rather creepy ways. Initially, Akkun stores Nontan’s photos and voice messages on his phone and pores over them in secret. As Akkun’s stalking tendencies intensify over the course of the show, he starts indulging in increasingly creepy behaviour, whether it be pasting Nontan’s photos all over his room’s walls, tailing Nontan, or eavesdropping on her.

However, despite Akkun’s weird behaviour, Nontan remains completely oblivious to his creepy ways, and thinks that he’s really cute. Nontan’s faith in Akkun is ultimately rewarded as Akkun develops into a more open, expressive, and warmer character over the course of the show and their strained relationship starts to blossom into something which resembles true love.

For an anime show with only five-minute episodes, My Sweet Tyrant has quite a few characters. Among them, four characters are central to the plot of the show, and below, we’ve provided you with brief backgrounds on each of them.

Atsuhiro “Akkun” Kagari: The main male protagonist of the show, Akkun is a high school student with light brown hair and a tuft on top. While Akkun is completely infatuated with Nontan, he’s rather awkward socially, and cannot express his feelings for her. One one hand, Akkun is shown to be extremely harsh and cold towards Nontan, but on the other hand, he genuinely likes her and cares for her wellbeing. As a result of not being able to express his feelings freely or develop intimacy with Nontan, Akkun resorts to stalking – be it collecting Nontan’s photos, following her around, or eavesdropping on her – to try and actualize his feelings for her. However, over the course of the show, he improves and starts to show a warmer, more open side to himself. In this sense, Akkun is a textbook tsundere, which is a Japanese term for a type of character who slowly transforms from an aloof and cold person to a warm and caring person.

Non “Nontan” Katagiri: The main female protagonist of the show, Nontan is a short, pretty girl with dark hair. She is shown to be madly in love with Akkun, and thinks that his harsh behaviour towards her is cute. However, she is completely oblivious about Akkun’s stalking tendencies, and seems to be unaware of all the creepy things Akkun does to try and actualize his love for her.

Chiho Kagari: Another important character in the show, Chiho is Akkun’s sister. Early on in the show, Akkun tells Chiho about his stalking tendencies and how he stalks Nontan, leaving Chiho disgusted and creeped out. Later, when Chiho finally meets Nontan, she also becomes infatuated with her, although not in the way Akkun is. Although Chiho has mild stalking tendencies, she does not display them as openly as Akkun does.

Masago Matsuo: The final main character in the show, Masago is Akkun’s childhood friend, and the two have been best friends for a long time. Throughout the show, Masago is often seen at Akkun’s place where he uses the gaming console to play dating sims. He is also completely aware about Akkun’s tendencies, but he is a good friend and keeps them a secret. Further, Masago is also aware about Chiho’s tendencies, and knows that she has a crush on Nontan too.