Myles V. Polk From Tough as Nails: Everything We Know 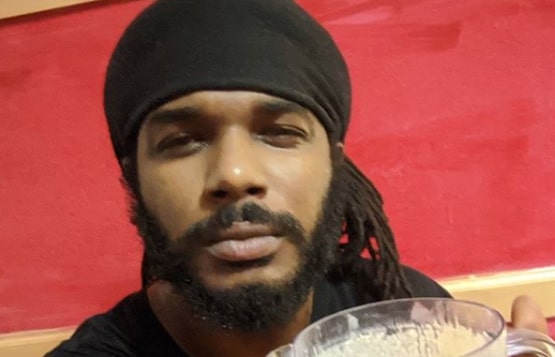 ‘Tough As Nails‘ sees the people who run America through hard work, competing for a grand prize. The best part is that the challenges are everyday tasks, put in the form of a contest. Moreover, those who lose the challenges don’t go back home. Instead, they can participate in team tasks, where there are prizes. All participants have tough and gritty jobs and are in great physical shape. They’re prepared to endure hardships to win the ultimate prize. Myles V. Polk has quickly grabbed everybody’s attention, and fans might be curious to know more about him. We’ve got all the details here.

Myles V. Polk: Where Is He From?

Myles V. Polk is from Tuskegee, Alabama. It’s a city in Macon County, and you can check out a picture of Myles, showing how much he loves the outdoors. Naturally, one would expect him to be adept at the challenges the show throws his way since he enjoys being in the lap of nature.

Who is in Myles V. Polk’s Family?

Myles is rather family-oriented and is part of the competition because he wants to do something for them. He’s said he wants to provide the financial resources his family needs to reach their goals and dreams. Polk also wants to leave something for future generations. And, finally, he said that he wants to give Ariel, his girlfriend, a nice ring and the beautiful wedding she deserves. Polk’s love for his woman is evident in the post below, where he’s thanked her for the undying support.

You can check out a more couply picture of the two below.

He’s also close to his father and took the chance to express his love. Check out the contestant’s post here.

Happy Father's Day Pops! Love you to the moon and back…. Then to the sun and back… Then into infinity man.

Perhaps, Polk’s learned from his dad because he is a loving parent as well. See him exercising with his baby on his back, in the adorable video below.

Polk is a forestry tech by profession. What does that entail? Well, the participant explains it could include a wide variety of activities, depending on the day. At one point, he could be suppressing a wildland fire, while in the next moment, Polk might take samples of trees, animals, plants, soils, in some areas. Yet another instance could see Polk cleaning and maintaining hiking trails. Here’s a post of the forestry tech executing a prescribed fire.

The 28-year-old describes himself as creative, adventurous, and humorous. Undoubtedly, Polk brings all these skills to the competition to get an edge. He’s spoken about how he used to be a Genetics Coordinator in a forest in Idaho. During this time, Polk climbed trees over 100 feet, to collect reproductive materials like cones, pollen, and scion. He’s also managed a tree orchard where he cared for trees that produced seeds that would be planted in the north-west region.

There’s no denying that Polk’s line of work requires a degree of mental strength, but he also has the physicality to go. While most contestants get their workouts at the tough jobs, Polk makes it a point to undergo intense gymming sessions on his own time. We will leave you with a video where the participant can be seen strength training.

Read More: All We Know About Melissa Burns From Tough As Nails