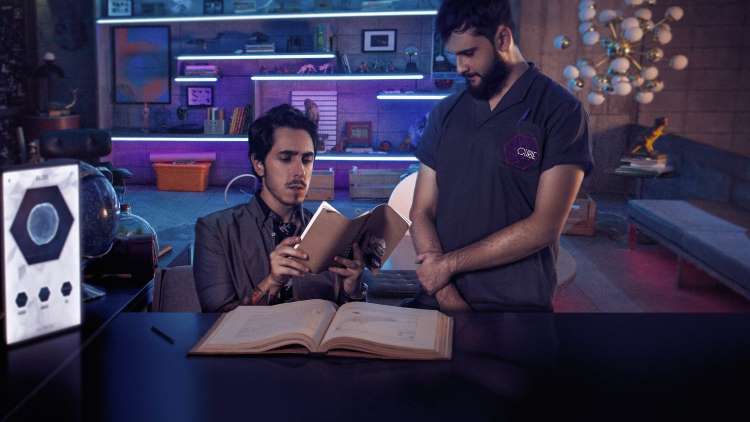 What is the mystery behind the Bermuda Triangle? What were dogs like in the prehistoric times? What happened during the Great Plague and is time travel possible? Answering these questions and many more is Netflix’s humorous and informative science documentary, ‘Mystery Lab’. The show dropped all of its 30-minute episodes in August 2020. But a mere 4-hour binge did not prove enough for science nerds and they want more! This brings us to the question: will there be a ‘Mystery Lab’ season 2? Let’s jump right in!

‘Mystery Lab’ season 1 released on August 4, 2020, on Netflix. It consisted of eight episodes. The first season definitely stood up to its promise of increasing our knowledge base. But the enigma of science is unending! We have so many questions that still need answers — ranging from the extinction of dinosaurs to black holes and aliens. These are just a few of the topics that have not been covered in season 1. And noting Netflix’s increased dedication toward including more educational shows in its repertoire, we are optimistic to see another season from ‘Mystery Lab’. When renewed, we can expect ‘Mystery Lab’ season 2 to premiere sometime in August 2021.

Mystery Lab Season 2 Cast: Who Can be in it?

‘Mystery Lab’ is hosted by Felipe Castanhari, the creator and presenter of Canal Nostalgia, a channel on YouTube that boasts more than 13 million subscribers. In his clips, Felipe unveils answers to questions, covering topics related to history and science. Undoubtedly, Felipe will make a return in season 2. Joining him in season 1 are three characters: Dr. Thay (played by Lilian Regina), a scientist who heads the research department at the Curie Complex, where the series takes place; janitor Betinho (enacted by Bruno Miranda); and the supercomputer Briggs (voiced by Guilherme Briggs). The upcoming edition is expected to see these three actors making comebacks as well.

What Can Mystery Lab Season 2 be About?

Each episode of ‘Mystery Lab’ takes place in a different location — in host Felipe Castanhari’s own lab, a castle in England, or a wolf sanctuary in the US. In these venues, Felipe and his science buddies conduct scientific experiments, animation, special effects, and impressive images to give answers to different phenomena. In season 1, the episodes explore the weird happenings near the Bermuda Triangle, the origin of quarantine during the Great Plague in the Middle Ages, space-time bending; and the evolution of wolves into dogs.

We additionally learn about the possibilities of a zombie apocalypse, the extinction of dinosaurs, Artificial Intelligence, and global warming. The possibilities of the subjects that can be picked up by season 2 are endless — since the mysteries of science have no bounds! But we are positive that the show will stick to a similarly entertaining and informative format while enhancing our existing knowledge base.