Where Did Filming of ‘Mythic Quest: Raven’s Banquet’ Take Place? 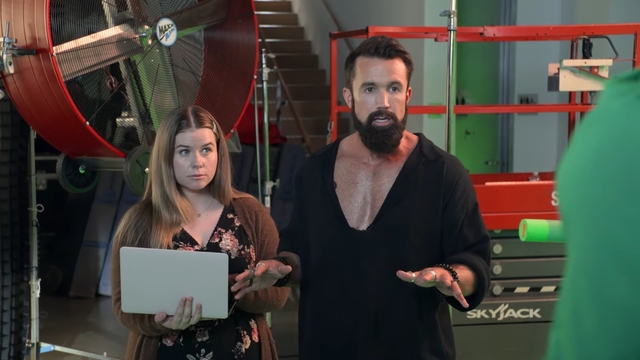 The 2010s can be considered to be the decade when nerd culture first became mainstream in popular culture, particularly in film and TV with popular shows such as ‘The IT Crowd’, ‘The Big Bang Theory’ and ‘Silicon Valley’ dominating prime time television. However, while many of these shows focus on characters who enjoy reading comic books, watch ‘Star Trek’ and play video games, none of them focus on the people behind those comic books, movies and video games.

In that sense, the Apple TV+ comedy sitcom titled ‘Mythic Quest: Raven’s Banquet’ is groundbreaking to an extent. Off the top of my mind, it is the first TV series to take such an in-depth look into the video gaming industry, which is surprising given how mainstream video gaming has become over the past decade.

If the name ‘Mythic Quest: Raven’s Banquet’ sounds like the title of a video game and not a TV show to you, that’s because it actually is a video game (technically). In the show, Mythic Quest is the name of the world’s most popular and commercially successful MMORPG (Massively Multiplayer Online Role Playing Game), and Raven’s Banquet is an expansion pack for the base game that is released in the series pilot episode.

The show itself focuses on the misadventures of the video game development studio behind the game, which includes Ian Grimm (played by ‘It’s Always Sunny in Philadelphia’ co-creator and actor Rob McElhenney), the insecure and capricious head of the company; Brad (played by ‘Community’ actor Danny Pudi), the rapacious head of monetization; C.W. Longbottom (played by Oscar winning actor F. Murray Abraham), Mythic Quest’s head writer; David (played by ‘It’s Always Sunny in Philadelphia’ writer and actor David Hornsby), the timid executive producer, and Poppy (played by Australian actress Charlotte Nicdao), the driven head of engineering as part of the main cast of characters.

If you were wondering where was ‘Mythic Quest: Raven’s Banquet’ filmed, read on to find out everything we know.

Given the premise of ‘Mythic Quest: Raven’s Banquet’, most of the action takes place indoors in an office setting. In many ways, the show follows the same beats as popular office sitcom comedies in the past such as ‘The Office’, only with a video gaming backdrop and context. And just like those shows, principal filming for ‘Mythic Quest: Raven’s Banquet’ is also done entirely on set in a studio.

In all likelihood, ‘Mythic Quest: Raven’s Banquet’ is filmed in Apple’s burgeoning new film studio in Culver City, Los Angeles County, California. Recent reports have hinted that Apple is building its own full blown studio in Culver City for first party original films and TV shows. The production facility is a gargantuan 128,000 square feet in size and Apple has been accelerating hiring since late 2018. In fact, Apple itself expects to have over a thousand employees in their new Culver City facility by 2020. (Note: We have not received an official confirmation that Culver City studio is indeed the filming location for ‘Mythic Quest: Raven’s Banquet.’)

Culver City has long since been known as a center for motion picture and television production in the US, hosting the headquarters of prominent production companies including MGM (Metro-Goldwyn-Mayer), National Public Radio West, Sony Pictures Entertainment and the NFL Network studio.

Some of the most notable films and TV shows that have filmed in Culver City include ‘Interstellar’, ‘Captain Marvel’, ‘The Dark Knight Rises’ and ‘Arrested Development’.