Where is Nailed It! Mexico Filmed? 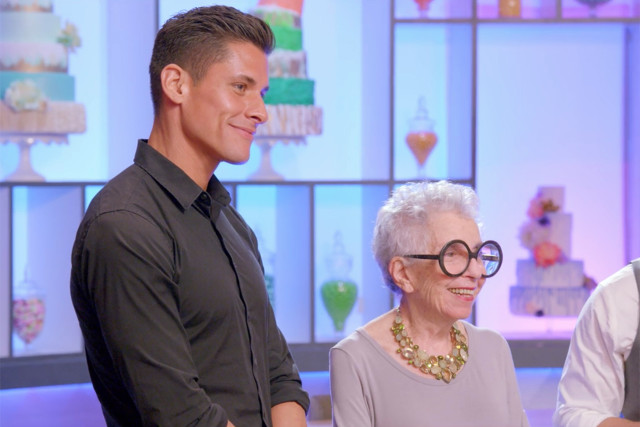 When ‘Nailed It!’ first dropped on Netflix, it became a surprisingly phenomenal hit. The reality show showcases epic baking fails and the bakers with the least miserable specimen win a trophy and a grand cash prize. The competition’s weird format garnered so much appreciation that Netflix decided to launch multiple, country-specific remakes. And its Mexican iteration, hosted by Omar Chaparro and Anna Ruiz, is aptly called ‘Nailed It! Mexico’.

‘Nailed It! Mexico’ follows a similar structure but the baked goodies are culturally relevant to the home country. In addition, the extravagant, brightly colored set featured here seems to resemble that of the original ‘Nailed It!’. So are the two shows filmed in the same location? Let’s solve the mystery right away!

First things first. ‘Nailed It! Mexico’ and the American ‘Nailed It!’ are filmed in different locations. While the former is shot somewhere in Mexico itself, the latter is filmed in Los Angeles, California. In the case of ‘Nailed It! Mexico’, since the same set is featured in all the episodes, you might be curious to know where exactly is the elaborate studio located.

Well, produced by Magical Elves, which is the production company behind all the ‘Nailed It!’ iterations, the Mexican version is filmed in Mexico City, in a non-descript studio — owned by Endemol Shine Boomdog. Endemol Shine Boomdog is the Spanish division of Endemol Shine North America, which develops original, scripted + non-scripted content for the U.S. Hispanic and Mexican tv markets. Some of the other shows that have been produced by the company are ‘MasterChef Latino’ and ‘MasterChef Mexico’.

‘Nailed It! Mexico’ additionally uses equipment and cake samples supplied by local brands in the country. This is necessary to highlight the indigenous food traditions. For instance, in one of the episodes, the contestants are asked to make cake piñatas and a quinceañera cake.

During an interview with Casey Kriley from Magical Elves, who serves as one of the executive producers for the show, it was revealed how both the American and Mexican versions are thematically similar but differ in terms of showcasing local culture. And this is a major challenge that needs to be addressed during the filming sessions.

During the filming of ‘Nailed It! Mexico’, Magical Elves producers consult with Boomdog during all the stages of pre-production, production, and post-production. In fact, the crew shoots everything and includes anything that happens during filming so that the authenticity shines through.

Of course, kitchens are universal but it is important to incorporate the cultural aspects of baking — something that is showcased in details in ‘Nailed It! Mexico’.