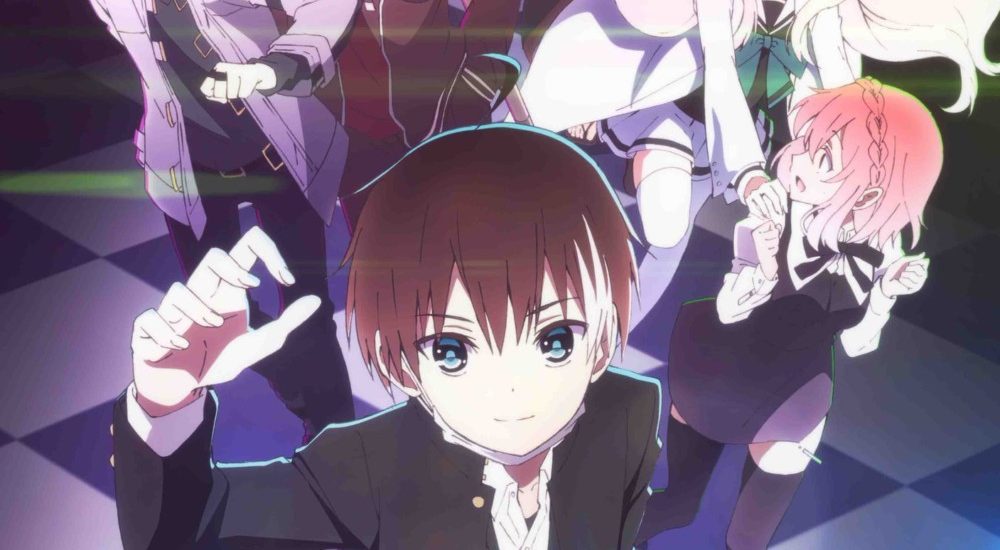 Isekai is a constantly growing genre these days and for most viewers, it has become a tedious task to even keep up with these shows. But while most of these shows struggle to stand out in the crowd of cliches, ‘Naka No Hito Genome’ offers something that is slightly unique and is able to establish itself as fairly decent show. Its story is nowhere close to being original and for the most part of it, it seems like a ‘Danganronpa‘ and ‘Sword Art Online‘ rip off. But what makes the anime bearable is its incredible art style and its well-developed characters.

Coming from Silver Link Studio, which is known for producing a few well-known anime like ‘Kokoro Correct‘, the animation quality is beyond amazing. Surprisingly, in a short span of just 12 episodes, ‘Naka No Hito Genome’ manages to develop its main characters in the best possible way. Overall, this anime is certainly no masterpiece but it’s also not half as bad as so many of those typical Isekai gaming anime out there. So if you’re looking for something that reminds you of the better Isekai bunch, which includes ‘SOA‘ and ‘Ovelord‘, you should give this one a try.

Naka No Hito Genome Season 2 Release Date: When will it premiere?

‘Naka No Hito Genome’ Season 1 premiered on July 7, 2019 and with a total of 12 episodes, came to an end on September 22, 2019. The anime has been adapted from a web manga series which has 9 volumes to date and the last one of these was published on June 27, 2019. Now firstly, it seems very less likely that the anime will be able to adapt all 9 volumes in just one season because of its relatively short runtime. Also, the 9th volume of the web manga was recently published, which, for obvious reasons, is not a part of season one. So even if the creators of the anime are somehow able to adapt all the available versions of the manga, they’ll still have one remaining volume for the next season.

So far, the mangaka has been producing only 2 volumes every single year. Considering this, fans will have to wait for some more time before any official announcements regarding its renewal. Optimistically speaking, it looks like the soonest ‘Naka No Hito Genome’ Season 2 can release is by 2021.

The English dub of ‘Naka No Hito Genome’ is available on Funimation.

The nation of Japan is gripped with the strange disappearances of young children and though the police forces are making a lot of efforts to unravel this mystery, they haven’t been able to find any leads at all. Akatsuki Iride, the protagonist, is a laid back cheerful teenage boy who is famously known for uploading “Let’s Play” gaming videos. In his recent video, he covers a game called “The Ones Within-Genome”. There have been a lot of rumors about the game lately and many teens of his age have been claiming that it transfers you to a different realm. For obvious reasons, Akatsuki does not believe these rumors but everything changes when he himself gets transported to the gaming world.

In the gaming world, he meets all the 7 teenagers who had disappeared before him. All these teenagers are then guided to the 13th avenue where they meet a strange man who calls himself “Paca” and wears an Alpaca mask. He tells them that they have to work together to clear the various stages of the game and in the end, find the “chromosome”. Anyone who tries to show resistance will be locked inside a “White Room” and will have to wait for the rest of the team to complete the game. The game begins and though what lies ahead is totally unpredictable, they’re all determined to reach the end of it. But little do they know that they will soon be exposed to their deepest fears and the darkest memories of their past.

Akatsuki is a young optimistic teenager who has a specialization in escape games. He seems to be very cheerful and also silly almost all the time. But he also has a very honest side that helps him gain the trust of anyone. Before the events of the series, he had met Yuzu once online and the two had planned a broadcast collaboration.

Also known as the “cursed Princess“, Karin Sarayashiki is an extremely beautiful and popular horror-game streamer. Despite being an avid horror gamer, she turns out to be very sensitive. In the beginning, she even tries to act all aggressive just to protect herself, but later starts to appreciate everyone’s effort in the game. When she was a child, she had a younger brother who ran away after their parents placed too many responsibilities on him. But after he left, all those expectations were enforced on Karin and that’s why she despises her own reality now.

Anya is an angry violent gamer who is known for uploading fighter game videos. He has been this way since the death of his parents. His constant insomnia forces him to stay up all night and play video games. Anya later becomes Akatsuki’s friend but a few other members of the group really despise him. The sleep disorder that he suffers from is genetic and even his oldest brother used to suffer from the same. After falling asleep while riding a motorcycle, he passed away. Anya’s other brother later became a doctor in order to find a cure for this disorder. Anya really misses his elder brother and in his memory, he always hangs his motorcycle helmet around his neck.

Yuzu is another cheerful gamer who is knowing for streaming puzzle games. She has a sarcastic personality and also likes to make fun of others. Being an expert puzzle gamer, she is extremely smart and also has a weird obsession for Akatsuki.

Read More in Anime Preview: Given | Kanata no Astra