When Will Naked and Afraid XL Season 6 Premiere on Discovery? 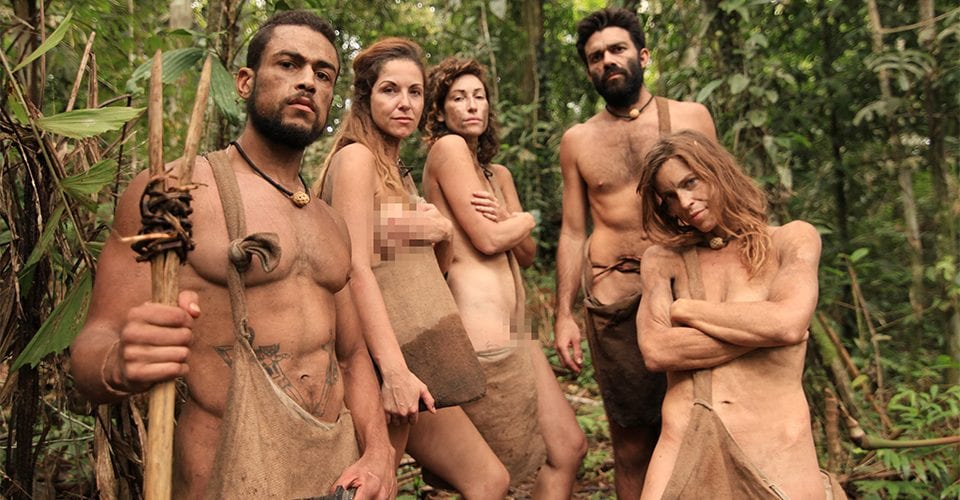 ‘Naked and Afraid XL’ is an American adventure reality television series that airs on the Discovery Channel. It first premiered on July 12, 2015. The series follows a team of robust survivalists who are put through various challenges in the wild with basic tools. They have to step out of their comfort zones and survive in the wilderness of a remote location for 40 days — while testing their boundaries to endure and survive on limited supplies, including shelter, food, and water.

While battling extreme conditions, the contestants also have to protect themselves from poisonous reptiles and territorial predators that are always on the hunt. They have no other option, and their only way of survival is using their hunting prowess, inborn instincts, and survival skills. In their journey, they get to learn numerous things — from their surroundings and their competitors. Moreover, they get no outside help, and even the camera crew are not allowed to intervene, except for medical emergencies. The show is a spin-off of ‘ Naked and Afraid‘.

Surviving is a basic human instinct, and it is hardwired into each of us. However, with the progress of civilization and with technology making things easier for us, our survival instincts have become blunt with ages of being unused. This setting seeks to bring it all to the surface as the contestants have to hunt, build, do anything to survive. They also do have the option to tap out and go home if the challenge becomes too much for them.

This thrilling format of the show, compared with the popularity of the original, has been successful in drawing quite a large number of fans. Critics too have been generous in praising the series. As a result, it has spanned five successful seasons to date. Recently, it was also renewed for another season. Here’s all we know about ‘Naked and Afraid’ season 6.

Naked and Afraid XL Cast: Who is in it?

Michael Brown is the narrator of the show. The main cast of ‘Naked and Afraid’ are a bunch of survivalists.

Season 5 features an all-star cast –12 of them being divided into three teams of four, who were dropped via boat in the South China Sea. They had to swim through shark-infested waters to make it to the camping grounds of deserted islands. Additionally, two other stars, Jeff and Laura, participated in a 60-day challenge in the jungles of the Philippines, and then joined the show.

Some of the members of season 5 included Gabrielle Balassone, who survived 14 days in South Africa and 21 days in Mississippi; James Lewis, who survived 21 days in Nicaragua; and Max Djenohan, who completed 14 day and 21 day challenges in Panama, among others.

The cast for season 6 is strictly under wraps. We will learn more about them as and when Discovery releases the upcoming episodes.

What is Naked and Afraid XL about?

The basic concept of the show involves a group of people, called survivalists, being given the task of surviving in the wilderness for 40 days. Each survivalist is only allowed to bring one or two helpful item(s) of his or her choosing. They are not given any other items including clothing, food, or water.

However, there is a tendency of this show to team up the survivalists in groups of three. The problem here is if two of the people on a team have worked together before, or been through a situation like this before, they end up relying on each other more, and thus, the third person feels rather isolated. This often gives rise to a lot of unwanted drama which draws the focus away from the main crux of the show, which is to show survival and teamwork under hostile conditions.

In season 5, we follow the participants as they battle extremely dire conditions. When food supplies run dry, they are even forced to venture into shark-infested waters in order to forage for morsels to eat. Toward the end, Jeff falls seriously ill and the rest of the survivalists struggle in the last extraction journey. One of the contestants even fall prey to a medical emergency.

Season 6 will follow the same format, more or less. We don’t have an update on the location or twists, if any. We shall update this section as and when we learn more.

Naked and Afraid XL Season 6 Release Date: When will it premiere?

Due to its massive popularity, the show was again renewed for a sixth season. ‘Naked and Afraid XL’ Season 6 is slated to release on May 24, 2020.

In case you have not seen the series and happen to enjoy survival shows, we strongly recommend that you see the original series first before the spin-off. Meanwhile, we don’t have a trailer to share, but we surely do have an interesting clip that you can watch.