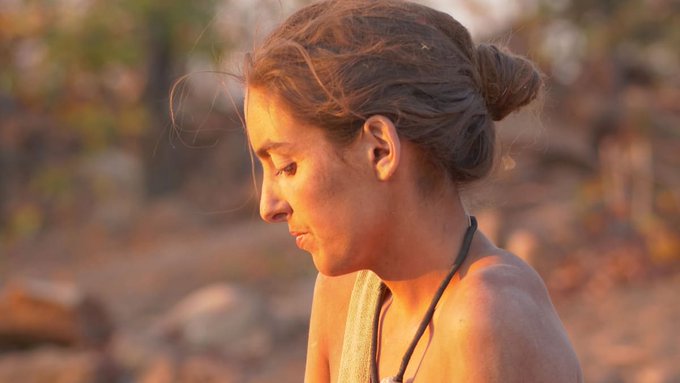 The current edition of ‘Naked and Afraid XL’ definitely stands true to its title: ‘afraid’. After facing dangerous predators such as crocs and deadly snakes, the competition could not get more insane. As you must already know, the sixth season had introduced us to a bunch of survivalists, including those seeking redemption, to complete a grueling 40-day challenge. We have four teams of series veterans battling it out to stay 40 days and 40 nights in The Valley of the Banished. And the unforgiving terrain of the South African savannah does not make the job any easier.

The Valley of the Banished lacks edible vegetation and usable resources. Only the strongest and the cleverest stand a chance at survival or they are cast out — as we have witnessed earlier with a few of the contestants already having tapped out in the previous episodes. Moreover, clashes between the members make things more complicated — such as Seth and Suzanne who simply cannot get along with each other. In order to avoid banishment from the tribe, contestants need to give their best. Well, the show, after having spanned seven episodes, is now all geared up to drop the next part. If you wish to know about the release and streaming details of ‘Naked and Afraid XL’ season 6 episode 8, read on.

‘Naked and Afraid XL’ season 6 episode 8 will release on July 12, 2020, at 8 pm ET, on Discovery Channel. The show follows a weekly schedule, releasing one new episode every Sunday night.

Where to Watch Naked and Afraid XL Season 6 Episode 8 Online?

‘Naked and Afraid XL’ season 6 episode 7 is titled ‘A Matter of Life or Seth’. In the Valley of the Banished, this time, we see the stranded survivors being hunted by reptiles, specifically crocs. Sarah and Jonathan discover that the water hole they had been visiting all this while is infested by crocodiles. Sarah sees the predators and informs Jon, after which they head back to base camp. In the episode, Jon is heard saying: “They’ve been seeing us as prey since we got here but they were like keeping their distance now but they’re actively hunting us…I feel like they want their murder hole puddle back.”

Meanwhile, the differences between Seth and Suzanne escalate, with the latter deciding that it’s better she takes her decisions alone. On the other hand, Bulent settles on making a meal out of a monitor lizard. You can watch the clip below as well:

You never know where dinner is hiding. #NakedandAfraidXL is all new Sunday at 8P on @discovery.