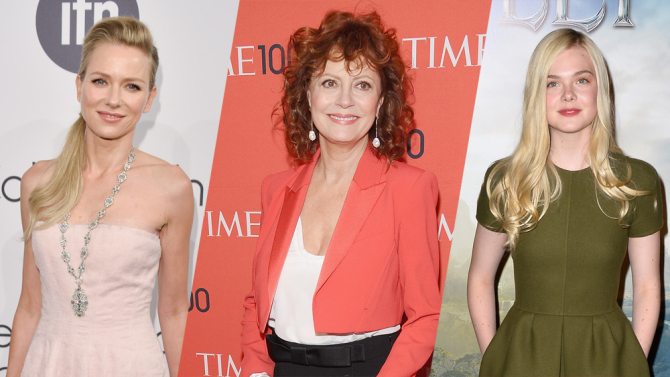 Naomi Watts has been on fire off-late. After three successful recent stints at comedy — Birdman; St. Vincent; While We’re Young — and one already in Production — Demolition, she has signed on to do another comedy, titled Three Generations and this time co-starring with two actresses, one with an exceptional past and another with an exceptional future, Susan Sarandon and Elle Fanning. THR is reporting that the production will begin in November this year. Written by Nikole Beckwith based on an original idea by Gaby Dellal, the film is described as an exploration of identity that centers on a New York City teen, Ray (Fanning), transitioning from female to male and her single mother, Maggie (Watts), who is coming to terms with having to raise her only daughter as a son. At the same time, Maggie’s mother, Dolly (Sarandon), a quick-witted music manager who shares her brownstone with her lesbian partner, Frances, is having a hard time wrapping her head around Ray’s life-altering decision and Maggie’s inability to move out of the house in which she grew up.

I can’t wait to see two of my favorite actresses, Watts and Fanning, playing mother and daughter. If everything goes well, this might get an Oscar run next year.