No matter who you are or where you live, it is very less likely that you may have never even heard of ‘Naruto‘. It all started off with a basic vibrant shounen of an anime earlier this century and soon became a worldwide phenomenon. ‘Naruto’ is by far one of the most well-known anime series and also one of those few shows that somehow manage to take a balanced approach towards almost all genres together. The series came to an end after a long run of 220 episodes but fans were far from satisfied and they wanted more. That’s when ‘Naruto Shippuden‘ came out and proved to be even longer and better (in some ways) than the first run of the anime.

However, ‘Naruto’, the entire series, has been far from perfect, in spite of being one of the most watched anime of all time. It has way too many fillers, the animation is really off sometimes and the pacing is awfully slow. Then what is so great about it and why is it that every time I say the word anime, ‘Naruto’ is the first thing that pops inside your head?

The story of the anime is never too intense but it’s never too boring either and in the long run, this is the one thing that keeps you engaged. The slow yet engaging story allows you to connect with the characters because it takes its own time to slowly build on each and every main character. This is something that most long-running anime should take advantage of and while most fail to do so, ‘Naruto’ makes it its biggest strength. The character development is so strong that it pretty much makes up for the two major flaws of the show — pacing and fillers.

‘Naruto Shippuden’ is not merely an anime series, it’s more of an experience that makes you go through waves of emotions. I say “experience” because the enjoyment factor is not simply confined to the anime but it goes way beyond that. It creates an entire lore that has absolutely no boundaries to it and one can never run out of things to talk about. The fan base of the anime is huge and it has been almost two decades now since its release, but people still keep talking about it. Regardless of all the flaws, ‘Naruto’ has been a journey more than a destination; a landmark that defines a whole generation of anime viewers.

If you’re starting to miss the whole series, then you should definitely check out ‘Boruto: Naruto Next Generation‘, which revolves more around the life of Naruto’s son. It hasn’t been doing too well as of now, but I’m hoping that with time, it will at least be as good as the original.

Naruto Shippuden Season 22 Release Date: When Will it Premiere?

It has been almost two decades now and every time ‘Naruto’ announces its end, we just keep hoping for more and more of it. The ending of ‘Shippuden’ seemed conclusive enough and since then, there haven’t really been any updates on a new season. Instead, Studio Pierrot has renewed the whole series with ‘Boruto- Naruto Next Generations‘. With this being the prime focus of the studio now, it seems very less likely that there will be a parallel ‘Shippuden’ story. So the possibilities of getting a new season exist between low to none and it’s about time that we accept the end of this legendary show. Our best guess is that in the unlikely scenario of the anime getting renewed, ‘Naruto Shippuden’ release date could be sometime in 2021. We will update this section as soon as we hear more.

The English Dub of ‘Naruto Shippuden’ is available on AnimeLab, Crunchyroll and also on Viz Media.

‘Naruto Shippuden’ follows the events of the original wherein Naruto decides to leave the Hidden Leaf Village behind to train and get stronger than he is. A new dark force seems to lurk around the corner, nearing towards threatening the entire Shinobi community. Meanwhile, Naruto is not just stronger than he was but he is also more responsible towards his duties of protecting his family and friends back home. He still has some of his old childish charms but now, this comes with his sense of maturity and confidence. Naruto is now more determined than ever to fight for everything that matters to him and reach his goal of becoming the next Hokage. 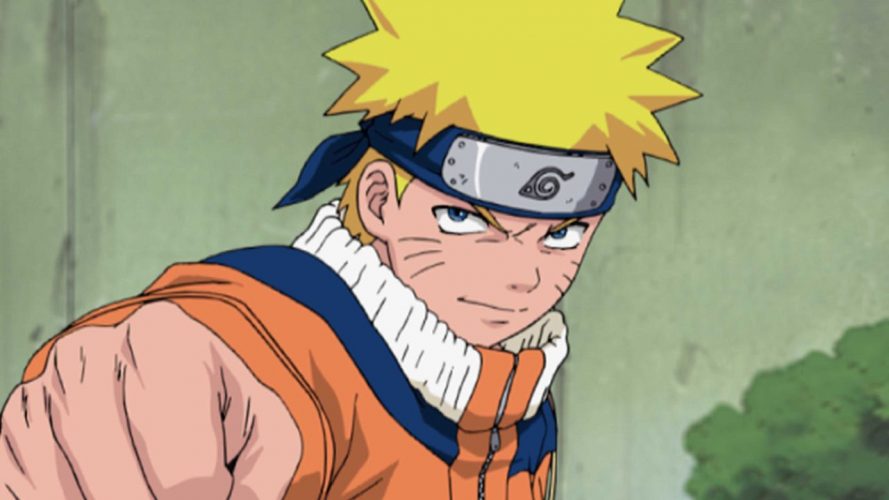 Naruto grows up in a village called the Hidden Leaf Village where most people are either afraid of him or they just despise him because long ago, before he was even born, a nine-tailed demon had created a havoc in the entire village. The wise Hokage was left with no other option but to trap the demon in Naruto’s body. The Hokage wanted everyone to see Naruto as a hero who saved them, but instead, most people see him as a reincarnation of the demon himself. Naruto is often ostracized by the people of the village but he never really takes it too seriously and spends most of his time pranking everyone. Along the way, he also manages to make friends who don’t really care about his past and believe in him.

Apart from being the joyous clown that he portrays himself to be, deep down, Naruto is also very determined to prove that there is greatness in him and he wants to do that by becoming the next Hokage of his village. In ‘Naruto Shippuden’, we get to see him as a more mature and focused individual who realizes his duties towards protecting his loved ones and achieving his dreams. He is still full of life like he used to be back in the day, but now he just has a better understanding of his responsibilities with all the powers that he has. 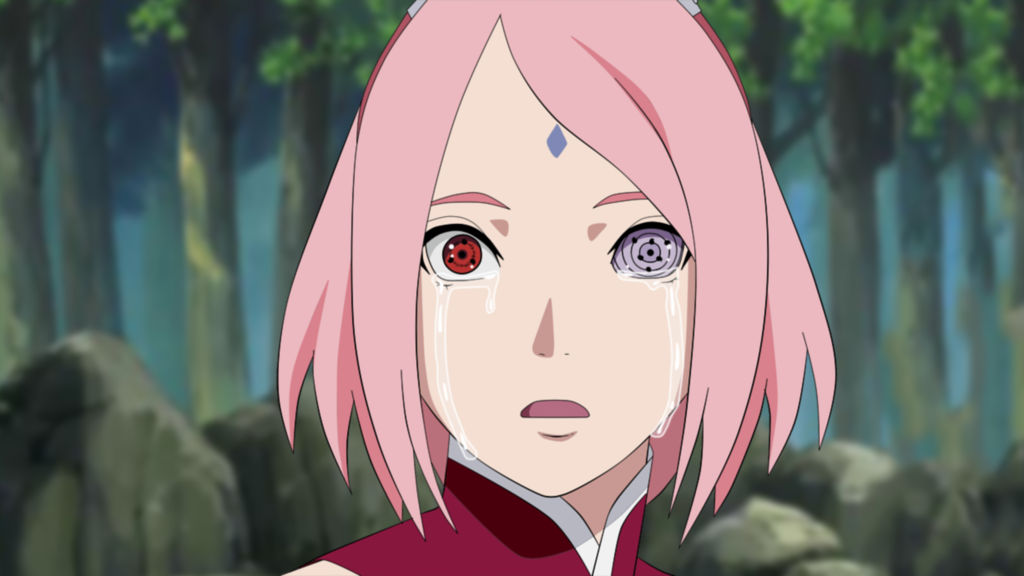 Sakura is initially seen as the only female member of the Ninja 7 team. But later, she falls into many different roles. Like Naruto, even she goes through one hell of a transformation throughout the series. Sakura has always had a big crush on Sasuke but when it comes to Naruto, she finds him really annoying. Sasuke is portrayed as a very bright student initially in the series, who gets through the written test of the Chuunin exam very easily. But the next stage of the exam that involves battling proves to be a big challenge for her and she loses her fight against another ninja. This incident completely changes her and she decides to work harder on her fighting skills. Much later, apart from being very strong, she also proves to be a very promising Medical-nin. 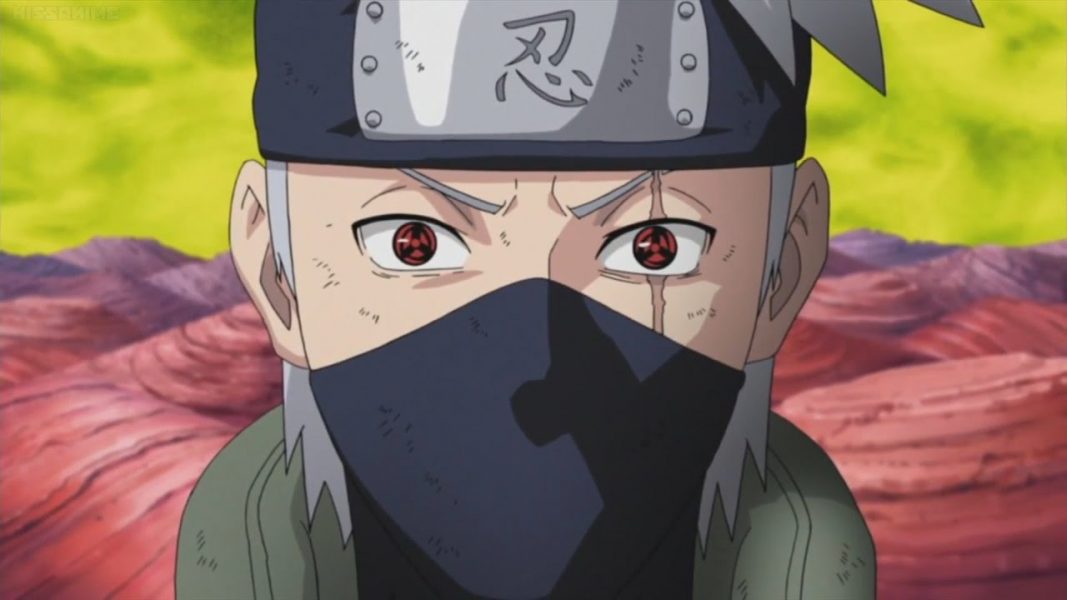 Hatake Kakashi is often referred to as the “one-eyed ninja” because he usually keeps his left eye covered with a piece of black cloth. But his eye is one hell of a weapon and when left naked without the cloth, it allows him to recreate similar moves as his opponents. His eye allows him to break down the moves of all of his opponents and because of this, he has been able to master close to a thousand jutsu. Because of his unique power, many of his friends and enemies tease him by calling him the “Copycat Ninja.” 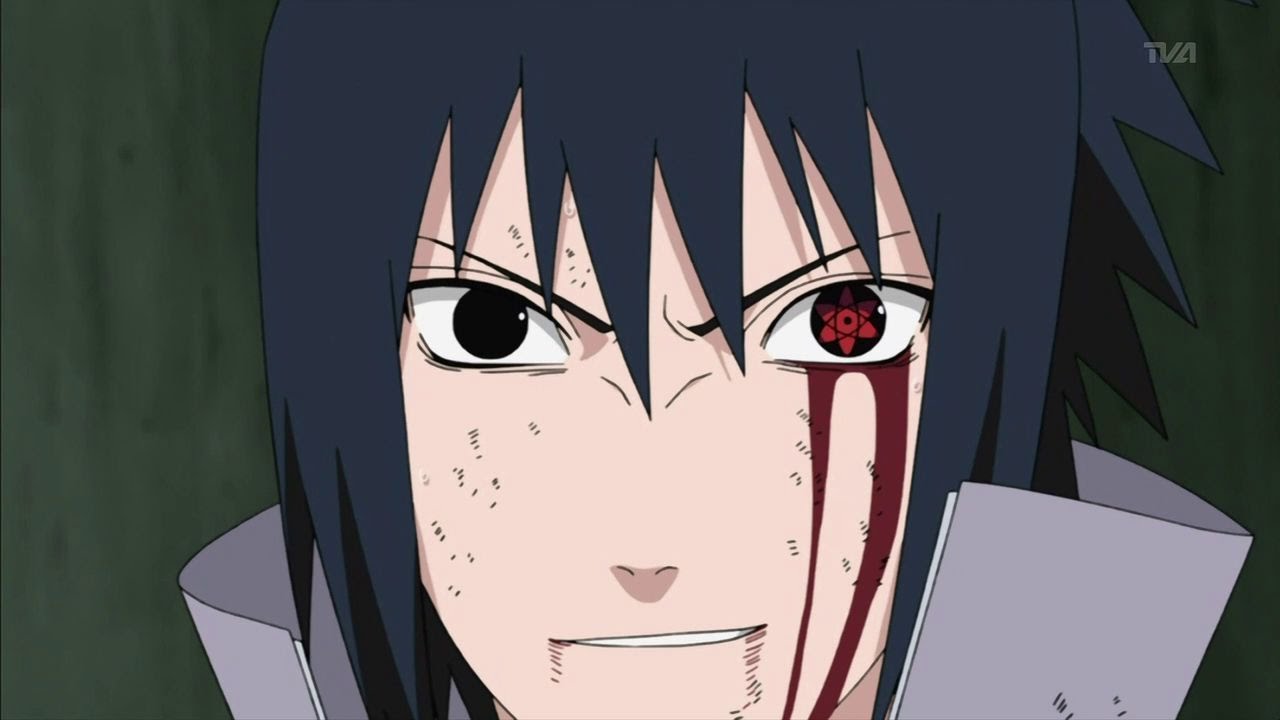 Sasuke, who has been Sakura’s crush since forever, wasn’t always the friendly and caring person that he later proves to be. Initially, after joining the renowned Ninja Academy of the Leaf Village, he just walked around making no attempts to talk to anyone around him. A lot of this has to do with his brutal past where his entire clan was killed by his very own brother. The sole reason why he chooses to be at the academy is to get strong and avenge the death of his entire clan. But as time goes by, Sasuke gets close to Sakura and Naruto and even calls Naruto his best friend. He may be a man of very few words but his actions always prove that he is a true friend anyone can rely on.