Where Are Gelareh Bagherzadeh Killers Now? 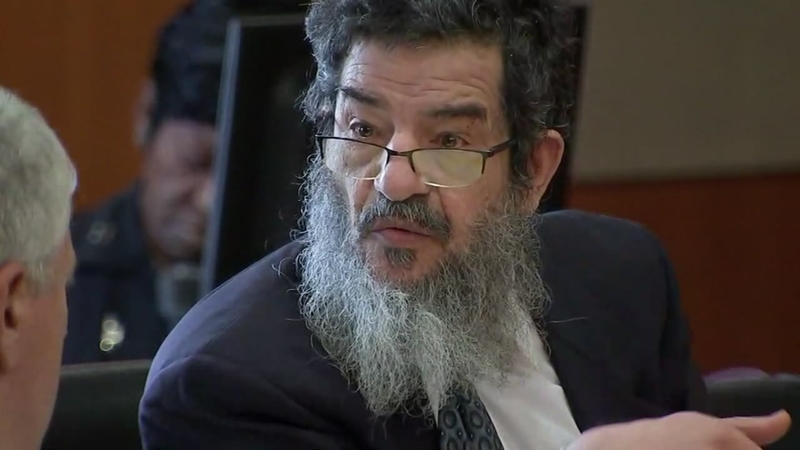 The murder of Gelareh Bagherzadeh baffled authorities in 2012. The Iranian was a medical student and researcher enrolled in the molecular genetics program at the University of Texas MD Anderson Cancer Center and worked at the Texas Medical Center. However, she was also the founding member of SabzHouston, which promoted democratic changes in Iran. Gelareh was a women’s rights activist and vocal about the ruling government in her native country.

As a result, during her death, which looked like an assassination, authorities initially explored a political motive. However, it soon turned out that Nasim Irsan was responsible for the murder, and he was spurred on by his father, Ali Irsan. A can of worms was opened as investigators uncovered that Gelareh’s death was an honor killing, motivated by Ali’s extremism. All of this explored in the ‘Motive for Murder’ podcast. Curious to find out where Ali and Nasim are, at present? We have got you covered.

Where is Ali Irsan Now?

Ali Irsan was tried for capital murder and found guilty in July 2018. The proceedings to determine his punishment began soon after. In Texas, capital punishment either entails life in prison without the possibility of parole or a death sentence. In Ali’s case, the death sentence was granted.

Special prosecutor Marie Primm painted a concise picture of all of Ali’s misdeeds, and said, “Ali Irsan gets the be the judge, jury, and executioner of anyone who goes outside of Ali Irsan’s control.” Unlike Irsan’s guilty verdict, which came within 35 minutes of deliberations, the jury was out for nine hours before they reached a decision. Not only did the trial judge praise the verdict but also urged jurors, not to second guess themselves. He said that they’d heard all the details attentively and reached the right decision.

At the time, Irsan was taken into custody by the Texas Department of Criminal Justice (TDCJ), on August 20, 2018. Since his punishment entailed death, he was put on death row. In Texas, death row inmates are usually placed at the Allan B. Polunsky Unit is a prison in West Livingston. According to records, Ali is still at the facility. He has not been executed yet, but you can check out his death row record here.

Where is Nasim Irsan Now?

The case against Nasim was much more complicated when Ali’s wife refused to testify against her son. In Ali’s case, it was the wife’s testimony that put him at the scenes of the crime and helped prosecutors gain a conviction. However, Nasim was also looking to avoid the sentencing that’d come if he was found guilty of capital murder. Thus, he reached a deal where he pled guilty to murder, and the capital murder charges were dropped.

As a result, Nasim was sentenced to 40 years in prison with the possibility of parole in 20 years. Since he’d spent four years in jail already, before the verdict, the time is counted towards his new sentence. Nasim is expected to be released by April 21, 2055, but can apply for parole around 2039. Records obtained show that Nasim is at the John B. Connally Unit, a maximum-security prison for males in Karnes County, Texas.

To conclude, both father and son have faced the consequences of their hate-filled actions. While the former is looking at a death sentence, the son has a chance to reform his life once he’s served his time.