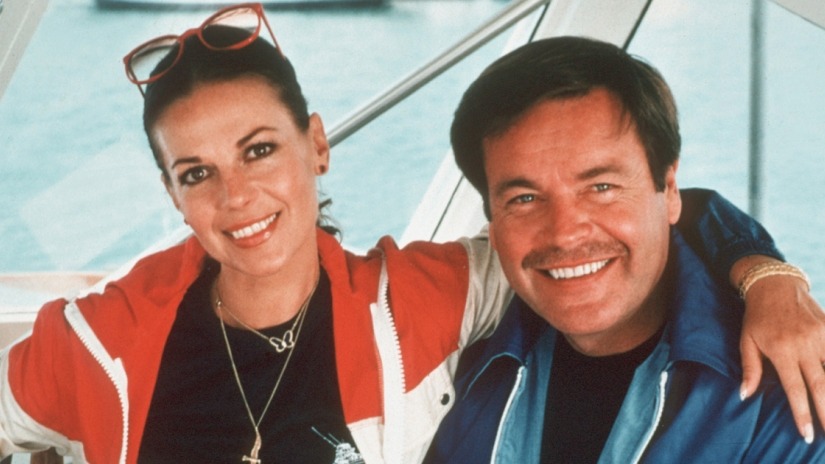 Modern TV without a doubt is dominated by the sphere of unscripted reality TV when we take into consideration the sheer number of casual tv-watching audience who use it as a means of decompressing after a hefty work shift – which is necessarily the way TV for the working class has been since forever, or such was the equation a decade earlier.

Now with the advent of Netflix and the dawn of the age of binge-watching and the ability to rewind, the more complex and cerebral shows have taken a foothold. And a substratum of television has preexisted this phenomenon that meshes really well into the Netflix and Hulu culture: the true crime documentary series. The subject matter in these is usually selected so as to pique the interest of many people – consisting of a chiefly historical event with a wide cultural impact, or with a fresh lingering effect in recent cultural memory, large-scale scandals and criminal cases that shocked the nation. Natalie Wood: An American Murder Mystery, as is to be expected from the title, goes for the last category, documenting and re-considering the recently revived case of Natalie Wood’s death, regarding which the folds of mysteries seem to never end.

As a documentary, Natalie Wood: An American Murder Mystery does not bring in anything like a recurrent cast – let alone an ensemble cast, because it is an hour-length special rather than a show as such. It has an unobtrusive narrator who only mediates for brief intermissions, as the largest parts of the show are made up of shots panning into direct one-to-one interviews with legal experts, law enforcement officers, lawyers, and persons of interest. Hypothetically, if there were to be a second season, it would thus follow the same formula as well, and the cast would consist of these persons of interest as it does now – including but not limited to actor and producer Mark Ebner, Beth Karas the legal analyst, who has made appearances in many iterations of the ‘American Murder Mystery’ series before, and of course, Natalie Wood’s sister, Lana Wood.

Natalie Wood: An American Murder Mystery Season 2 Plot: What is it about?

‘An American Murder Mystery’ is an ID series of documentaries that explores the mysterious deaths of many celebrities, including Casey Anthony and Jon Benet. Far as Natalie Wood is concerned, the show picks up the highly intriguing case of Hollywood star Natalie Wood’s death by drowning while on board any match with her husband, Robert Wagner, and parts of the crew of her then-filming movie, ‘Brainstorm’. With the suspects including her husband Wagner himself, and the rest of the boat passengers, who pin it on each other, the case is one ever shrouded in mystery, once gone cold but reopened in 2011. That said, the show covers most of the major angles in its 60-minute span, and not much save for overanalysed theory-crafting remains to pick up on for another season.

Natalie Wood: An American Murder Mystery Season 2 Release Date: When will it premiere?

An American Murder Mystery is a series of feature-length investigative journalism that looks into mysterious celebrity murder cases. These are 60-minute long one-offs that never have sequels as such, so it is not likely that the show will ever have a season 2 in the sense of a standard TV series. For now, it is neither cancelled nor renewed, with an air date remaining indeterminable.

With no news of renewal heard of and the chances for a follow-up season scarce in general, there is also nothing in terms of promotional content like teasers, trailers, or updates on a forthcoming season from the network yet. So instead, you can watch part of the documentary itself for a glimpse into the show here.