Directed by Dennis Dugan in 2003, ‘National Security’ tells the comical story of two dubious officers who dream to be recruited in the Los Angeles Police Department. Starring Martin Lawrence and Steve Zahn, who play the characters Earl Montgomery and Hank Rafferty respectively, the film narrates the unfortunate events that the two concur and the hilarious accidents that eventually follow from their not-so-wise partnership. The writers, Jay Scherick and David Ronn create an action-packed plot with humorous twists that keeps the audience at the edge of their seats throughout the movie. Despite a box office collection of over $50 million, the film failed to earn critical acclaim.

Where Was National Security Filmed? 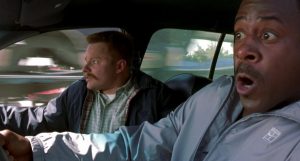 Cherishing the life-long dream of becoming an LAPD officer, Earl Montgomery finally joins the forces but is thwarted almost instantaneously for causing an accidental explosion. His soon-to-become ‘buddy’, Hank, in an attempt to save him from the attack of a bumblebee brutalizes him and is terminated, charged with assault and a sentence of six months behind the bars.

Both of the above-mentioned events take place within the first twenty minutes of the movie. The scenes were filmed at different locations within Greater Los Angeles. They are vital to the story as it introduces the two protagonists to the audience and also tells the clumsy service to be expected from them during the rest of the film. 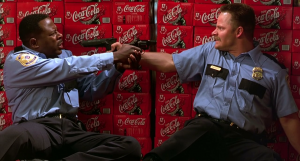 The beverage warehouse has actually been torn down and replaced by Frida Kahlo High School after the filming of this scene. In it, Hank and Earl are seen at each other’s throats despite being on the same side is located in Los Angeles, California. This is a great comedy scene where the audience appreciates the purity of their emotions which ultimately gets the better of them. 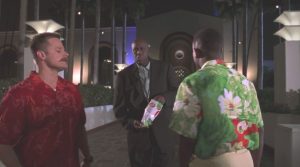 Regarded as  “the last of the great train stations”  by many, Union Station is the main railway station in Los Angeles. A great comic scene for this movie has been filmed just outside the station in which Hank and Rafferty stay the main gate for surveillance purposes. 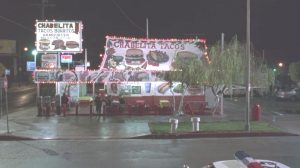 This is a Taco stand that stays at South Western Avenue in Los Angeles. The scene filmed at this spot is of Hank Rafferty and his partner, Charlie Reed, having dinner. The conversation exchange between them is hilarious are they are betting on whether the security guard is an academy reject or an ex-con. 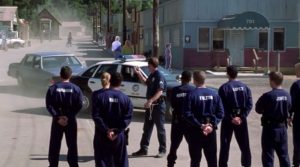 The scene where the police officers are shown undergoing rigorous training is actually Blue Cloud Movie Ranch, a premium movie production area. It is located at Bouquet Canyon Road, Santa Clarita in California. This site as been depicted as The Police Academy Training Area in the movie. 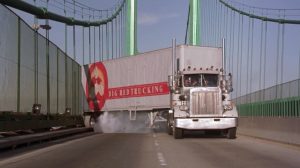 Earl Montgomery and Hank’s car bursts out of the truck to fall off the bridge into a garbage scow. It is one of the most famous scenes of the entire movie which has been filmed on the Vincent Thomas Bridge. This location from Pedro has been a renowned film rap sheet where other movies like one in 60 Seconds, To Live and Die in LA, and Charlies Angels have been shot.

It is a social club for women in Long Beach designed for both films and stage presentations. Rafferty And Montgomery get rewarded for their courageous act of handing over the criminals to the law authorities and are resultingly made police officers. The award ceremony has been filmed at this exclusive Wilshire Ebell Club, at Los Angeles. 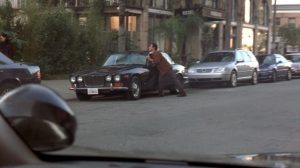 The last scene of this light entertainment movie shows Hank and Earl reinstated back to the police service as a reward for their bravery. Filmed at Linden Avenue at Long Beach, California, the two unwittingly help a thief steal a car mindlessly thinking that he is stuck out of his own!