NCIS: Los Angeles Season 12 Episode 8: When And Where to Watch? 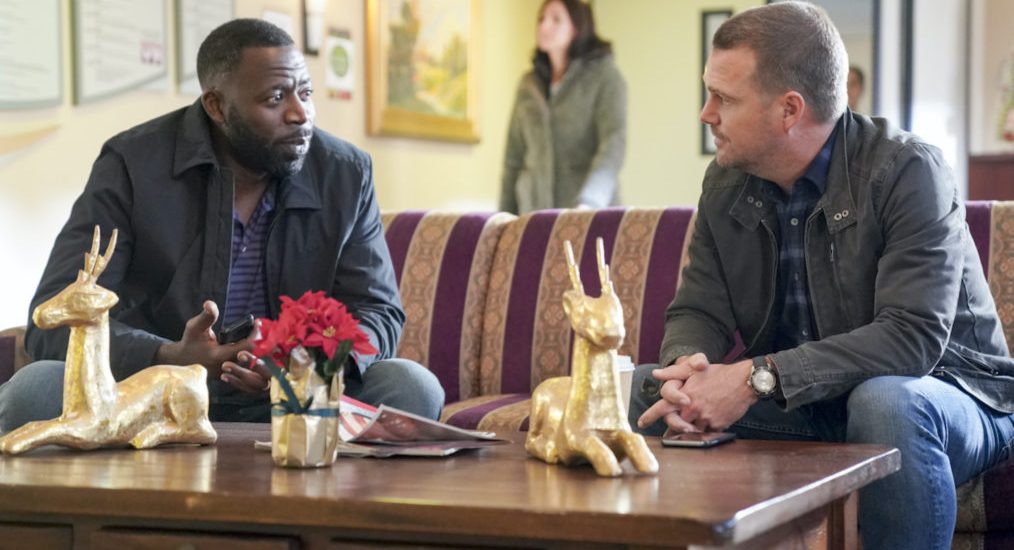 In the latest episode of ‘NCIS: Los Angeles’, the NCIS team leads an investigation into the murder of a man who sold military information. However, the case reaches a dead end when it leads to the abduction of a doctor. The professional was working on a cutting-edge neurotechnology, which has the potential to be developed into advanced weaponry. Now, the crew not only needs to solve a murder but they also require to locate the missing doctor. On the other hand, Callen tries to have an important talk with Arkady. We have provided a detailed summary of the latest installment of ‘NCIS: Los Angeles’ – season 12 episode 7 – in the recap section ahead. Before you read that, though, let’s first see what the upcoming next episode has in store for the viewers of ‘NCIS: Los Angeles.

The upcoming season 12 episode 8 is titled ‘Love Kills’. And to give you some insights into what the story entails, here is its official synopsis as outlined by CBS: “When NCIS investigates the murder of a man about to reveal the source of a massive counterfeiting operation, an old acquaintance becomes their prime suspect and reveals the true reason for her return. Also, Deeks struggles during training to become an official NCIS agent.” You can also watch the official promo for the 8th episode below:

Since ‘NCIS: Los Angeles’ is a CBS show, the most straightforward way to watch it is on television, with a valid cable subscription. You may also use your existing cable subscription ID to stream the series online on the CBS official website and CBS All Access. Amazon Prime members can watch the latest episodes of ‘NCIS: Los Angeles’ in two ways. First, you can add CBS All Access to your Prime account, which would give you access to all of the channel’s content. CBS on Amazon comes with a free trial period, after which you will be charged monthly for the services. Alternatively, you can purchase and stream the episodes on-demand on Amazon Prime. People who have cut the cable cord can also use live-streaming services like Fubo TV, YouTube TV, and DirecTV.