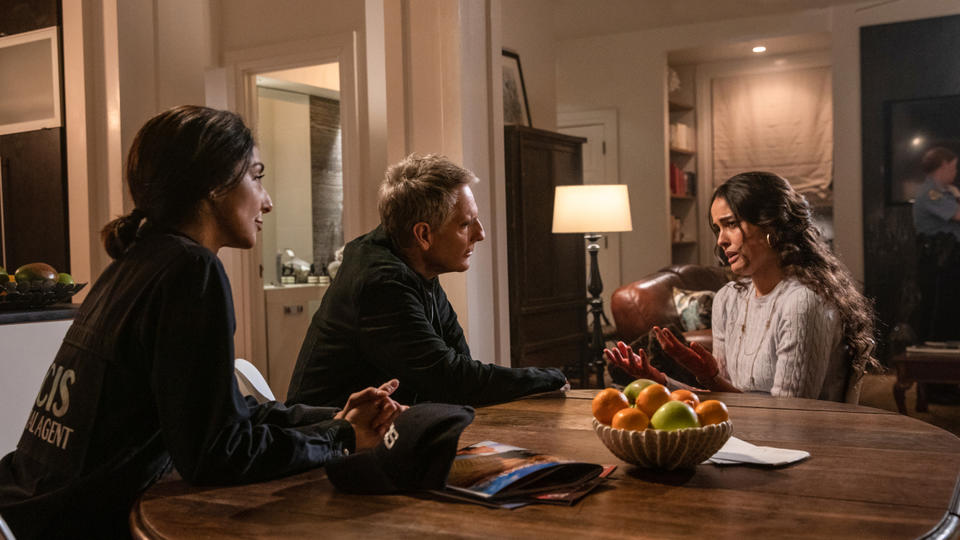 ‘NCIS: New Orleans‘ is a popular spinoff of the ‘NCIS‘ series, but the show has gathered its own fan following. Currently, in Season 6, it sees the team led by Pride, undertake several dangerous missions. In fact, the last episode sees the team rushing to stop a woman, who they believe to be a deadly assassin, only to realize that she is working for the good guys, and the bad guys are coming for her.

Naturally, you might be wondering about what happens in the latest episode. We are here to tell you that and walk you through when and where to watch the upcoming episode.

‘NCIS: New Orleans’ Season 6 Episode 14 is slated to release on Sunday, March 8, 2020, at 10/9c. Titled “The Man in the Red Suit”, the upcoming episode sees Pride seriously trying to deal with his recurring dream about the titular man. He undergoes a special treatment to understand this mystery man’s identity.

‘NCIS: New Orleans’ is on CBS so you can watch it using a cable connection. If you don’t have one, stream it from the CBS site. Cord cutters can watch the show on Fubo TV, DirecTV, and YouTube Tv. Amazon Prime users can add CBS to their existing packs to stream and watch the latest episodes.

The episode starts with the discovery of Captain John Garrett’s body. Bludgeoned to death in his own home, his body is discovered by Selina, his daughter. She tries to revive him, contaminating the crime scene and is too shocked to answer the NCIS team’s questions. However, Pride and Khoury try to make sense of the scene.

It turns out that Selina’s attempts to help, and her subsequent mistakes, while in shock, has made a mess of the DNA evidence. The team would normally fall back on Sebastian, but he is busy with the REACT training. The NCIS team also has to deal with Wade’s new intern.

Soon the team has a suspect. Lawrence Chastang wrote threatening letters to the victim, who was a military judge and had several enemies. However, since Lawrence’s letter started again, a few weeks before the murder, the team feels it is worthwhile to run down the lead. They find him at the same coffee shop as Selina and believe he is going after the daughter.

Lawrence is soon cleared, and suspicion returns to Selina when the team realizes she has inherited her father’s fortune. However, Selina has an alibi. She was with her therapist. Moreover, she also gives up the name of Mason, her violent ex-fiance, who broke up with her due to her father’s interference. The team brings Mason in. He doesn’t have an alibi but has a bad attitude. However, they can’t pin anything on him.

Khoury asks Sebastian to look at the evidence and he clears it up, saying Selina was in on it, and deliberately contaminated the evidence. The team tries a divide and conquer interrogation tactic, but Mason sees through it. Citing lack of evidence, he walks away with Selina. It is later reported that she killed Mason, as well, for being ‘rough’ with her. Selina seems to have gotten away with two murders, and the team hasn’t stopped her yet.

Undoubtedly, they will cross paths down the line. However, for now, Sebastian is back home, having cleared his REACT training.