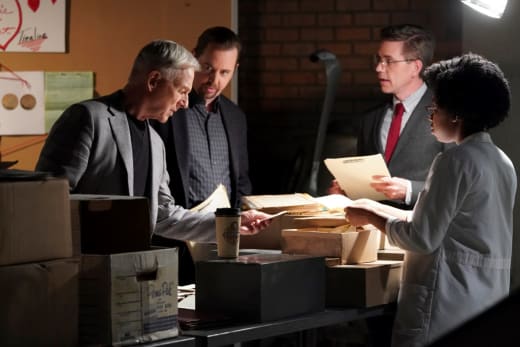 The 16th episode of NCIS season 17 dropped this week on February 18, 2020. And boy! It does deliver a fantastic story. Art, history, and mystery — all mixed into one plot. Could it get any better?

With the police procedural drama nearing its end for the current season, you must be wondering what the upcoming episode has in store for fans. So, without any further ado, let’s guide you through the details of the next part, which includes the air-time and streaming details of NCIS season 17 episode 17. Read on.

NCIS Season 17 Episode 17 Release Date: When Will It Premiere?

Yes, no new episodes of NCIS will air in the following two weeks. And this is a standard practice for the series to go on a break for the last weeks of February. We have seen this happen with previous seasons as well.

The episode begins by introducing us to retired Navy Master Chief Art Amador, who had worked for three decades with the Navy and then for the last 17 years, he was employed with the Navy Museum. He has no family and leaves a letter for NCIS, which says: “Had a good run, time to be with my beloved.” He then starts his car inside a closed garage.

Marie Stanhope also gets a note from Art and arrives at the scene, after which Gibbs shows her Art’s body. Art wanted Marie to take care of his dog, Sonny Lee. He had also donated the rare 1870 S Seated Liberty silver dollar, which would help keep open the Vietnam War. The coin is worth a whopping $1.4 million. However, the museum wants to know the origins of this souvenir in order to accept it.

After the autopsy, Palmer confirms that Art had been suffering from brain cancer. The team then browses through Art’s collections and comes across several rare pieces, including a ticket stub to Star Wars: A New Hope, a 1986 Mustang brochure, and a love letter from Annie Downing.

The story then goes on flashback mode. We learn that Annie’s dad had owned the precious Seated Liberty and considered his daughter very close to his heart. Annie’s brother Spencer then arrives in the present and tells NCIS that Art had stolen the family coin in March 1972. Before this happened, Annie had already died of a thyroid disorder. Spencer currently wants the coin back.

Palmer investigates Annie’s medical history and discovers that she had actually died from thallium poisoning. The team eventually finds Annie’s last letter before her death. Here, she had written to Art that her dad would allow her to marry him after he returned from Vietnam.

Aunt Bertha also makes an appearance and reveals that it was Annie who had stolen the coin in order to elope with Art. After Annie’s death, Bertha handed the coin to Art. And finally, after a DNA test, it is revealed that Spencer had killed his sister because their father had wanted Annie to run the new Downing industrial scrap venture.