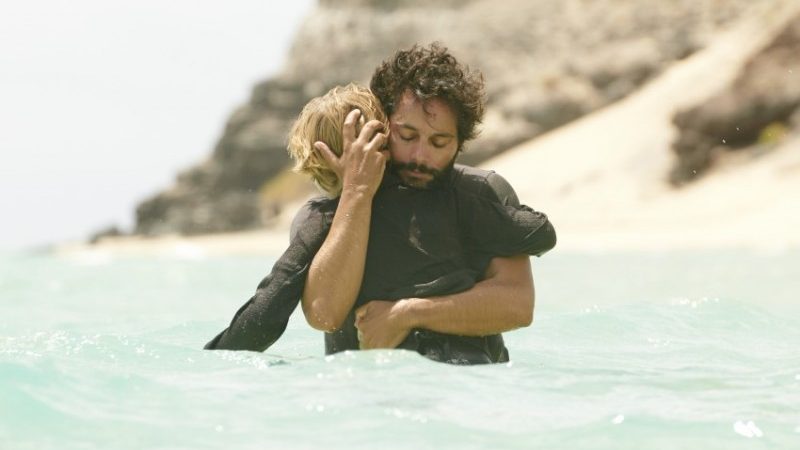 “And now I know it is perfectly natural for me not to look at someone when I talk. Those of us with Asperger’s are just not comfortable doing it. In fact, I don’t really understand why it’s considered normal to stare at someone’s eyeballs,” says John Elder Robison, author of the 2007 memoir ‘Look Me in the Eye’. As you must already know, Autism Spectrum Disorders or ASD comprise three major categories — Autistic Disorder, Asperger’s Syndrome, and Pervasive Developmental Disorder. Most of the symptoms in this developmental disorder are first seen during childhood. The major affects are seen in an individual’s capacity to interact with society, his or her communication and behavioral skills, and ability to express or feel emotions.

Autism does not have any permanent cure; but if diagnosed early, the patient’s abilities can be maximized. Therapy helps a great deal in treating anxiety, depression, and obsessive-compulsive disorder. Another method which can help society to become aware and sensitive towards autistic individuals are films that explore this subject. You must have already heard about popular shows like ‘Atypical‘ and ‘Touch’ which tackle the topic. However, today, we are going to talk about movies on autism — titles which are streaming currently on Netflix. Therefore, if you know someone who is suffering from this issue or you just want to gather some knowledge about the same, then you have come to the right place. Here’s the list of really good autism movies on Netflix that are available to stream right now: 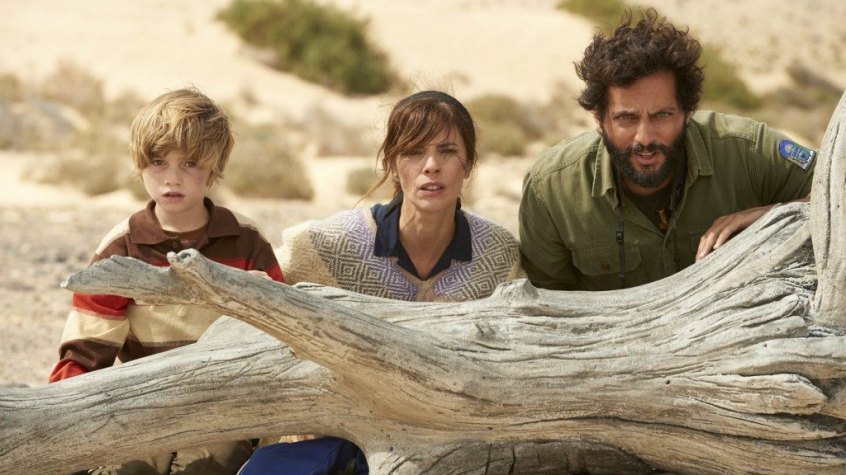 ‘The Lighthouse of the Orcas’ is an Argentinean movie that is an enchanting amalgamation of a nature documentary and a fairy tale, set in gorgeous, remote Patagonia. It is also inspired from a true story. Lola is the mother of Tristan, who suffers from autism, does not speak, and is prone to frequent panic attacks. Desperate to see some improvement in her son’s condition, she brings him to meet the marine biologist turned park warden, Beto Bubas, because Tristan would watch his programs on TV and become enthusiastic. Although Bubas is reluctant at first, he later has a change of heart and invites the family to stay in his cottage. He gradually takes Tristan out, exposes him to the beauty of the sea and its inhabitants, especially the orcas, takes him riding and rowing on his boat. Slowly, we see the little boy reacting positively to the surroundings around him. You can watch it here. 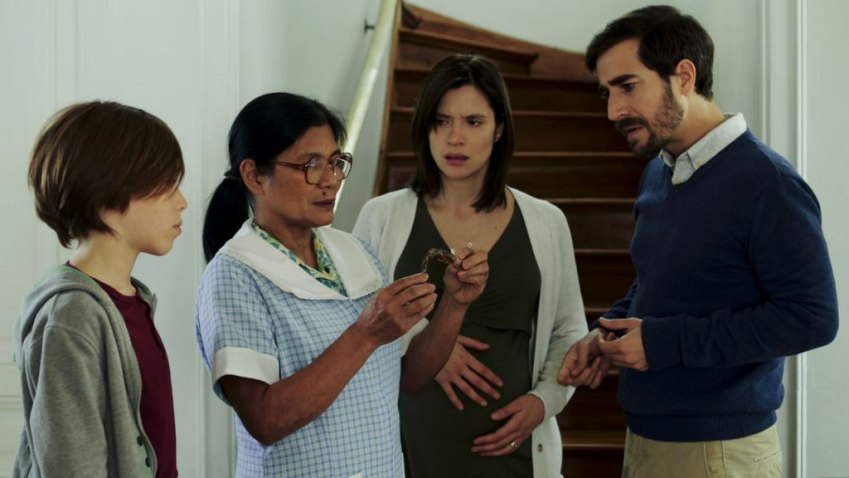 ‘Madre’, which means mother, is a movie that falls under the horror genre and approaches autism on a darker note. The story revolves around the pregnant Diana Prieto, who has an autistic son Martin, whose behavior is gradually becoming too overwhelming for her to manage on her own. Without any help from anyone, including her husband who spends months working in Asia, she is exhausted and almost near her breaking point. This is when she employs Luz, a gifted caregiver from the Philippines. Martin quickly begins getting attached to Luz and also shows fast improvement. However, Diana starts getting suspicious when she notices that he is exclusively being taught to speak Filipino. Her fears worsen when she starts using a dictionary and comes to the conclusion that Luz might be using voodoo to turn Martin against his mother and transform him into something more evil. You can watch it here. 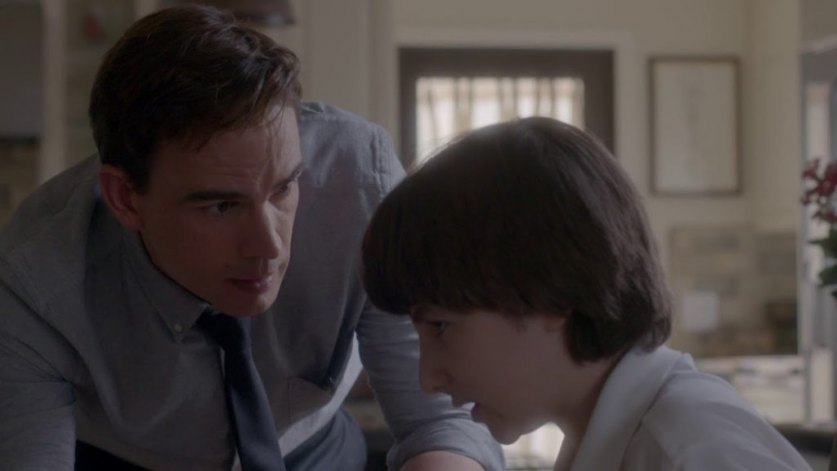 ‘A Boy Called Po’ is about David Wilson, who loses his young wife to cancer, and has to shoulder the entire responsibility of caring single-handedly for his sixth grade autistic son, Patrick or Po. The young boy is gifted but it is a challenge for him to communicate his emotions and express his loss after his mother’s death. He was particularly close to her. In this difficult situation, when both the father and son try to cope up after the disaster, they gradually start withdrawing into their own separate worlds. While David is close to losing his job, Po is constantly bullied in school, which pushes him away to his reclusive world — a fantasy kingdom called the Land of Color. ‘A Boy Called Po’ is a wonderful movie about the struggles of a single parent who has to bring up a specially challenged child. You can watch it here. 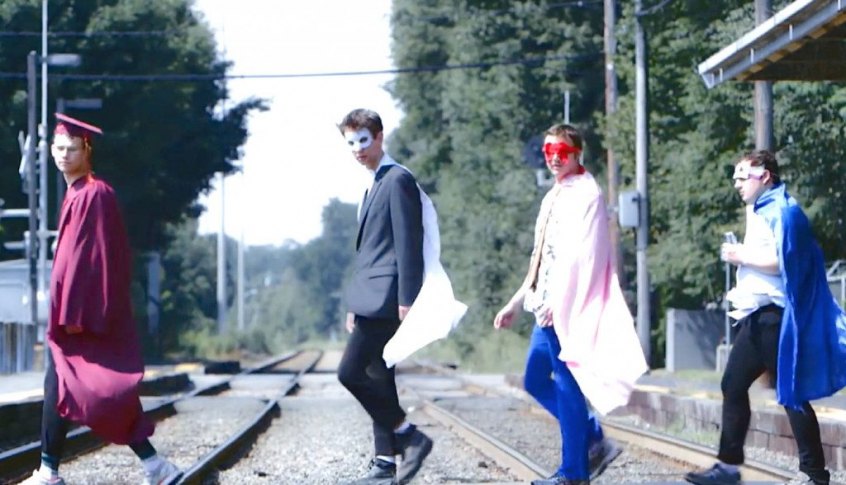 ‘Asperger’s is Us’ is a coming-of-age documentary movie, which introduces us to four friends diagnosed with Asperger’s syndrome, namely, Aaron, who prefers to call himself New Michael, Noah, the oldest guy of the troupe, who is also the mentor and motivator, Jack, who does not like anyone touching him, and Ethan, the quietest member of the troupe who holds an interest in trains. In real life, they had formed the American comedy troupe with the same name — Asperger’s Are Us, the first comedy troupe formed by people with Asperger’s syndrome. However, their shows don’t refer autism at all. The story of this particular movie mainly revolves around the quartet as they prepare for their final theatrical performance in a comedy show.

‘Asperger’s are Us’ does a very good job in portraying a situation where these four individuals are so committed in something that demands their complete focus — a feat quite difficult for people with this disorder. Accompanied with deadpan humor and absurd dialogues, it wonderfully highlights the characters’ unique relationship with the world. Finally, after the movie ends, it gives a brief summary of how the men’s lives have evolved one year after this final performance. A hopeful film on the therapeutic power of friendship and creativity, the movie gives a deep insight into autism. You can watch it here. 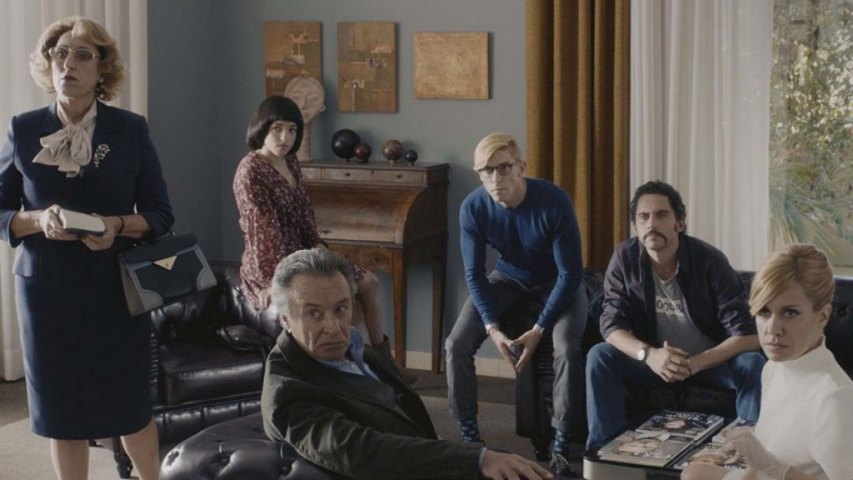 We cannot say that ‘Toc Toc’ directly deals with the topic of autism. It, however, focuses on one of the most important symptoms of the disorder, namely Obsessive Compulsive Disorder (OCD). In this story, we meet a group of people who, due to a computer error, happen to get an appointment at the same time and are compelled to wait simultaneously in the waiting room of the clinic of an internationally well-known doctor.

The people in the group are: taxi driver Emilio, diagnosed with Diogenes Syndrome; lab worker Blanca, suffering from mysophobia; the religious Ana María who is suffering from the disorder of verification; Otto, who is obsessed with symmetry; gym coach Lili, affected by palilalia and echolalia; and the young lawyer Emilio, who is suffering from Tourette Syndrome. They all arrive together, meet each other awkwardly, but become tensed when the receptionist informs them that the flight of the doctor has been delayed. Now, in order to ease their time, the group decides to discuss each other’s OCDs in the hope of finding a cure. You can watch it here.