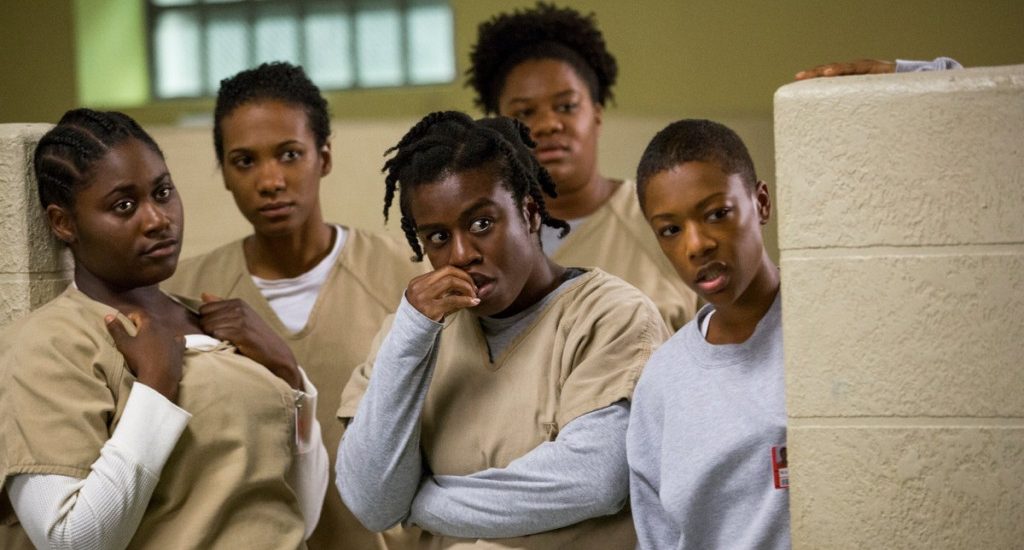 Diversity is the USP of the current entertainment scene. But until recently, we had not seen many new additions in the genre of African-American dramas. However, this genre, which mostly explores themes such as strong family bonds, racial issues and complex human relationships, is now steadily making its way up the ranking ladder. Giving us a glimpse into the African-American culture, their socio-economic conditions and lifestyles, black programs cover a wide range of subjects and genres, such as sitcoms, classic reboots, superhero shows, and family dramas, just to mention a few. Since the breakthrough ‘The Cosby Show’, African American series have come a long way and if you’re looking to explore this very interesting genre, then we’ve got you covered. Here’s the list of really good African American shows on Netflix that are available to stream right now: 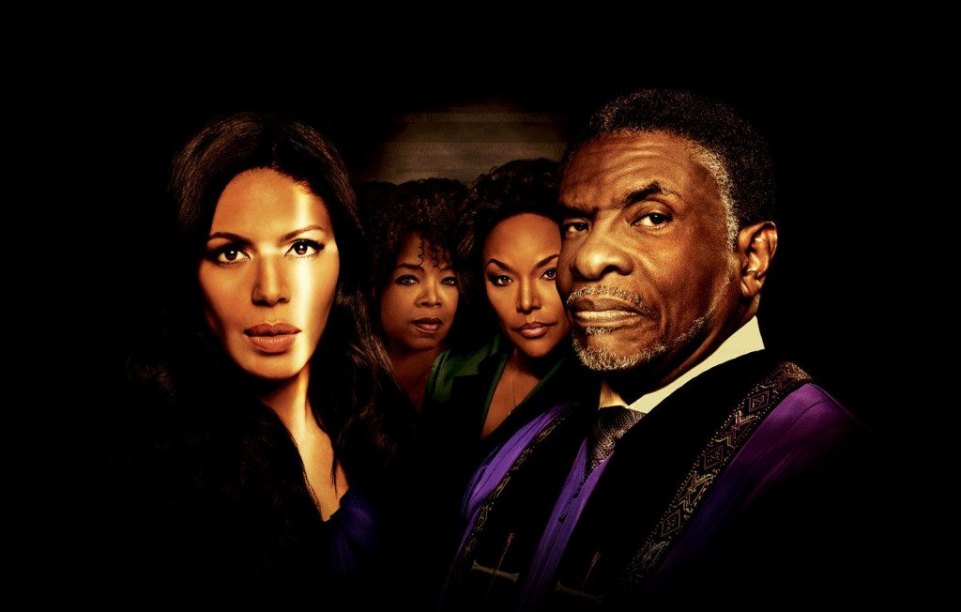 ‘Greenleaf‘, created by Craig Wright and executive produced by Oprah Winfrey, is a drama that debuted on the Oprah Winfrey Network on June 21, 2016. The plot revolves around the Greenleaf family, which runs the expansive empire of the Memphis megachurch Calvary Fellowship World Ministries. Outwardly, the members appear to be loving and caring towards each other; but deep within, the clan houses several scandalous secrets, including lies, betrayals, sibling rivalries, adultery, and greed. When Grace, the estranged daughter of James Greenleaf, returns home after two decades following her sister Faith’s mysterious death, she slowly starts unraveling the darkest truths about her family. The show’s leading characters are the patriarch Bishop James Greenleaf, matriarch Lady Mae Greenleaf, and Grace Greenleaf. 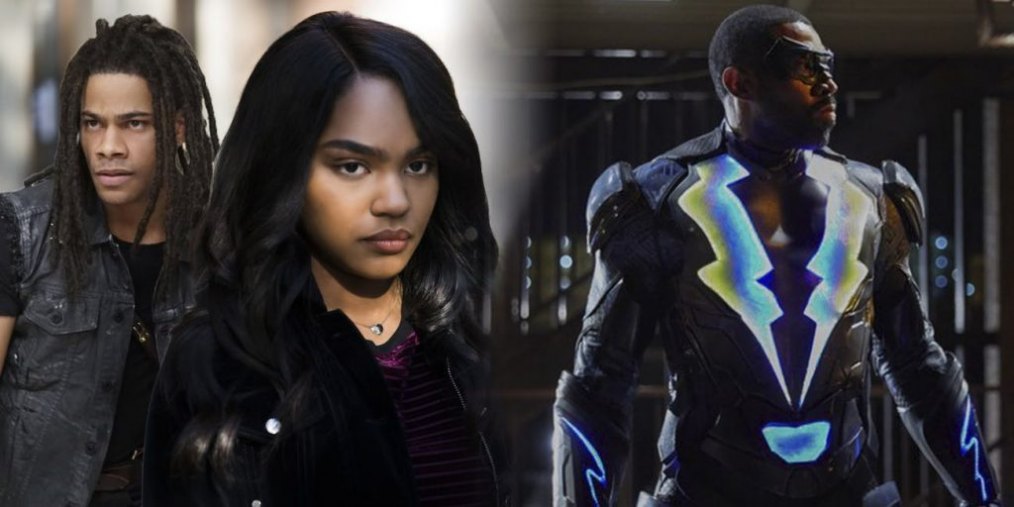 ‘Black Lightning’, developed by Salim Akil, premiered on CW in 2018. The central plot revolves around the superhero character of the same name from the DC Universe. The protagonist is played by Cress Williams and other actors who star in the series include China Anne McClain, Nafessa Williams, Christine Adams, Marvin Jones III, Damon Gupton, James Remar, and Jordan Calloway. The show chronicles the life of Black Lighting, his heroics, and the consequent affects on his family. He returns to his responsibilities as a vigilante after nine years, after a local gang called the 100 cause increased levels of crime and corruption in his city. 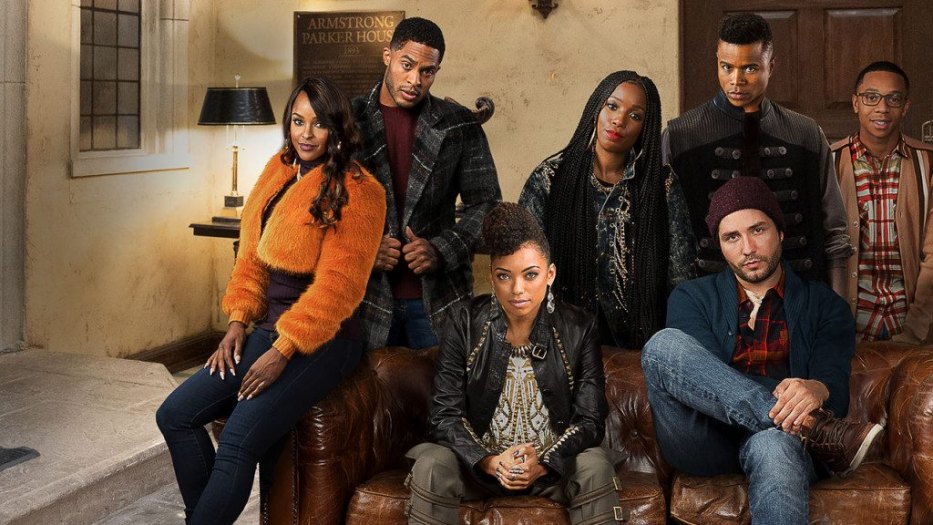 ‘Dear White People’, a Netflix Original drama, is a comedy show that focuses on a number of black college students studying in an Ivy League institution. The show highlights issues such as American racial divisions and social stratification. An adaptation of the 2014-released film of the same name, it is written and directed by Justin Simien. The format of the show follows one episode revolving around one particular character and exploring his story, problems, and how he or she tackles and solves them.

Created by Lauren Lungerich, Eddie Gonzalez, and Jeremy Haft, ‘On My Block’, a Netflix Original, is a very interesting coming-of-age show. It premiered with all its 10 episodes on March 16, 2018. Starring Sierra Capri, Jason Genao, Brett Gray, Diego Tinoco, and Jessica Marie Garcia in the lead roles, the series revolves around four teenagers who have been friends since childhood and join a new high school in a neighborhood in the rough inner city of LA. The story depicts how this strange atmosphere tests their bonds and how they struggle to adapt to their surroundings. After its release, this program received critical appreciation for its diverse cast, story arcs, and performances. 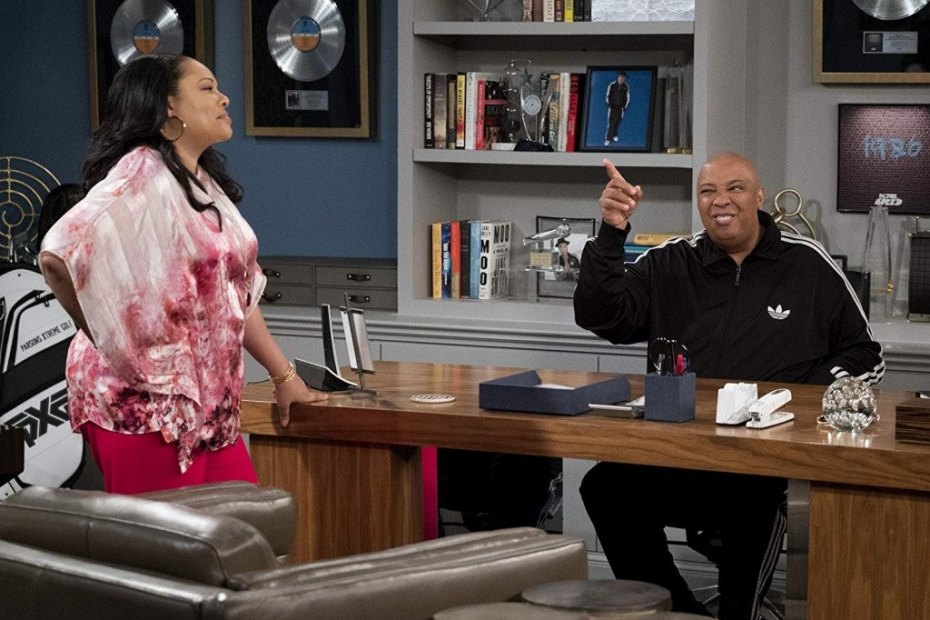 Created by Jeremy Bronson, ‘All About the Washingtons’ is a comedy-drama that debuted on Netflix on August 10, 2018. Bronson also serves as the executive producer. Andrew Reich is the show runner, and the series stars Joseph “Rev Run” Simmons, Justine Simmons, and Kiana Ledé in the main roles. Although the show ran for only one season, it makes for an entertaining watch. The story is centered around the married couple Joey and Justine Washington, who faces the ups and downs of raising their family. As per the official synopsis, the tale starts “after Joey decides to retire from a long career as legendary hip-hop royalty, his wife Justine, takes advantage of the opportunity to pursue a career of her own now that Joey is available to focus on raising the kids and keeping the house in order.” 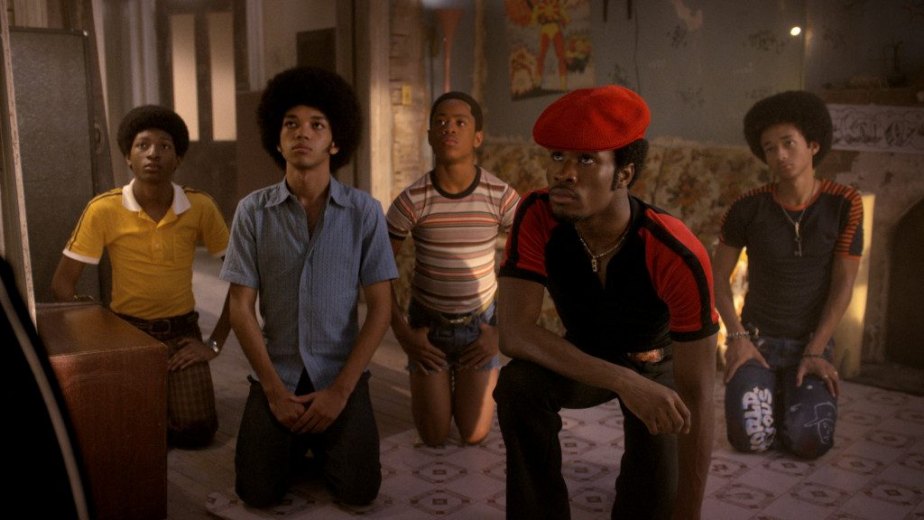 A soul-touching, insightful, and engaging musical drama, ‘The Get Down’, created by Baz Luhrmann and Stephen Adly Guirgis, is set in the 1970s. It premiered on Netflix on August 12, 2016, spanning one season and covering two parts of five episodes each. The plot takes us to the South Bronx region of New York City, during the late 70s, and focuses on elements of of disco and R&B records. These numbers can be played on a repeat mode and are usually used as tracks by dancers. Highlighting the rise of hip-hop and disco music by concentrating on a team of teens, the beginning of each episode features MC Books, a renowned rap artist who narrates his experiences during his lifetime in front of a large crowd while playing in his concert in 1996. This short and crisp intro rap gives a recap of the last episodes and sets up the story arc for the current episode.

Coupled with real footage and newscasts from the 1970s, the story, which is shown via flashbacks, goes somewhat like this: Zeke, the younger version of Books, is a young poet in 1977 who lives with his aunt Wanda. His parents have died long back. Along the way, he meets a graffiti artist named Shaolin Fantastic, who is also an aspiring DJ. The duo partners together and along with Zeke’s friends, become “The Get Down Brothers”. The sole vision of the group is to achieve fame in the world of music and take over the city. We also meet Mylene, Zeke’s long-time lover, who has dreams of her own — to become a disco singer and leave the Bronx. But she faces several troubles convincing her religious father.

The team also has to struggle against the problems created by several gangs and gangsters, including Fat Annie and her son Cadillac. Giving glimpses into the poverty and violence faced by those living in the Bronx, the series chronicles the journey of the group into adulthood and depicts their future in the music industry. 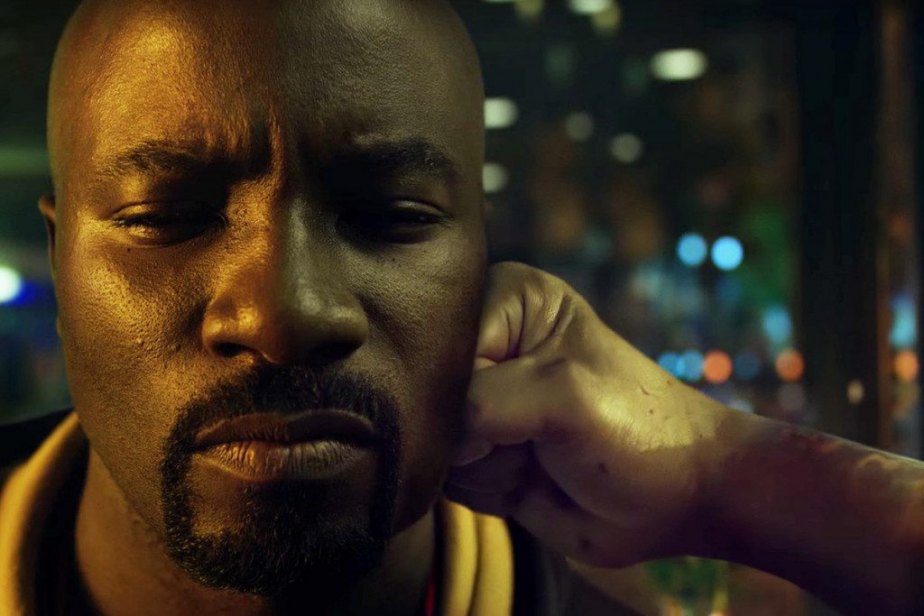 Marvel’s ‘Luke Cage’ is created by Cheo Hodari Coker and it revolves around the superhero character of the same name from the Marvel Cinematic Universe. Its plot is closely connected to the films and series of the franchise. A member of The Defenders, ‘Luke Cage’ is the result of a sabotaged experiment which leaves him with super human strength and unbreakable skin. After he was imprisoned as a fugitive in the past, he gets released and seeks to rebuild his life by trying to follow a normal routine, away from heroic stunts. But when evil forces threaten to destroy his hometown of Harlem, he is forced to come out from the shadows and fight to save his city. 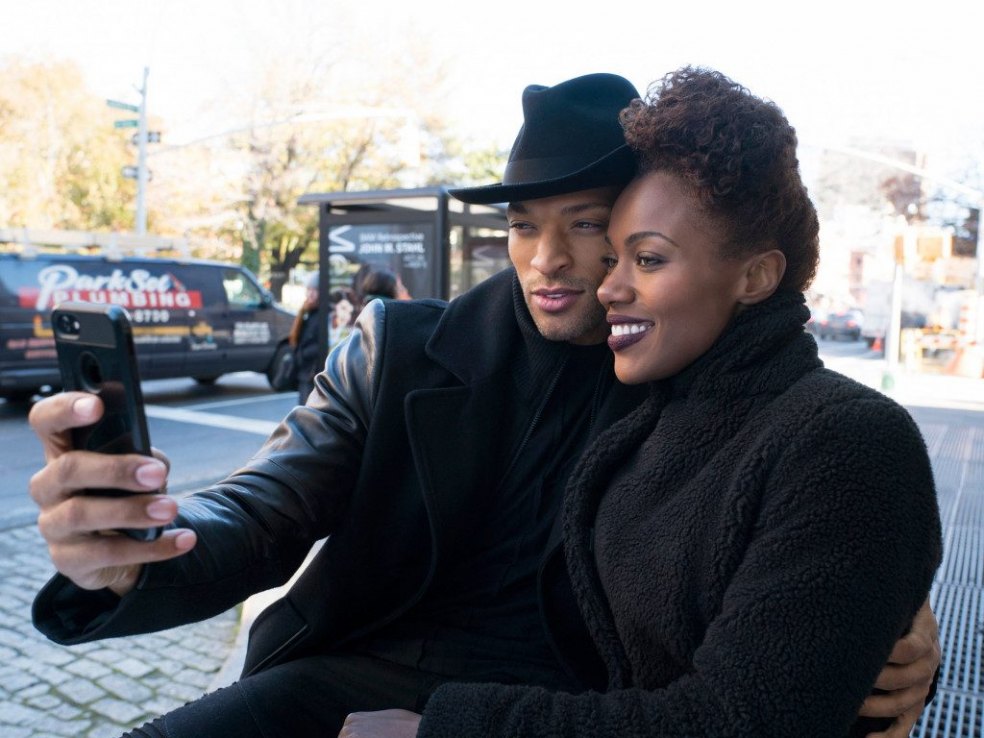 ‘She’s Gotta Have It’, created by Spike Lee, is a comedy drama show adapted from the movie of the same name released in 1986. Comprising 10 episodes of 30 minutes each, the entire season 1 was released on Netflix on November 23, 2017. The story revolves around Nola Darling who resides in Brooklyn and struggles to chase her real dreams while being engaged with her friends, struggling in her job and juggling between her three lovers (Jamie Overstreet, Greer Childs and Mars Blackmon) and not willing to give up on any of them. 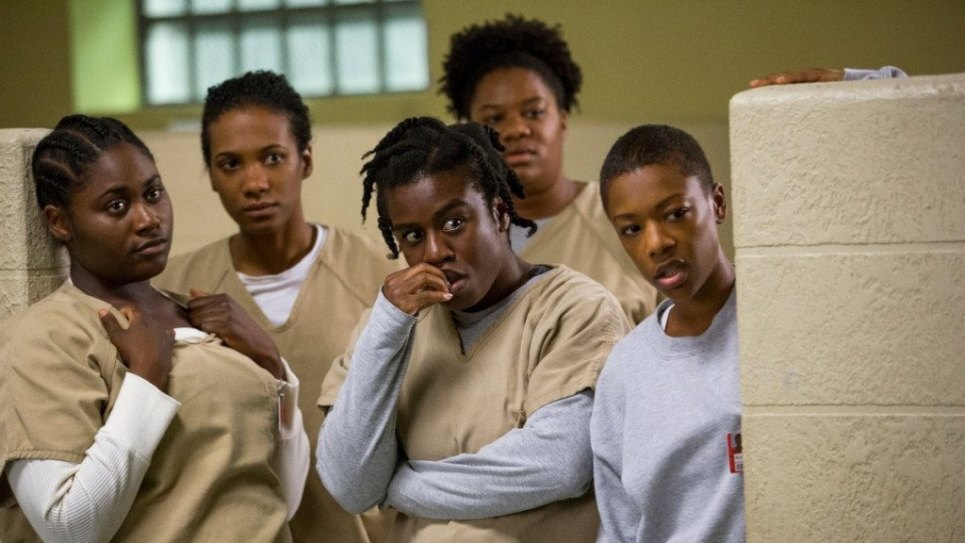 ‘Orange Is the New Black’ aka OITNB, based on the memoir by Piper Kerman, titled, ‘Orange Is the New Black: My Year in a Women’s Prison’ (2010), is a black comedy drama that follows the lives of female prisoners at the all-women Litchfield Penitentiary, a minimum-security federal prison in upstate New York. Narrated via the eyes of Piper Chapman, who is sentenced for a period of 15 months, this story gives deep insights into prison politics, their living situations, bureaucratic corruptions, and survival techniques. Although this show does not feature an all-black cast, several of the prisoners are of African American origin. We meet the lively Taystee, ‘crazy eyes’ Suzanne, and Cindy, all of who’ve have received immense praise for their stellar performances. This multiple award winner and perhaps the most-watched series on Netflix has also been applauded for its ensemble cast, who did an amazing job depicting characters from different races and demographics of the US. 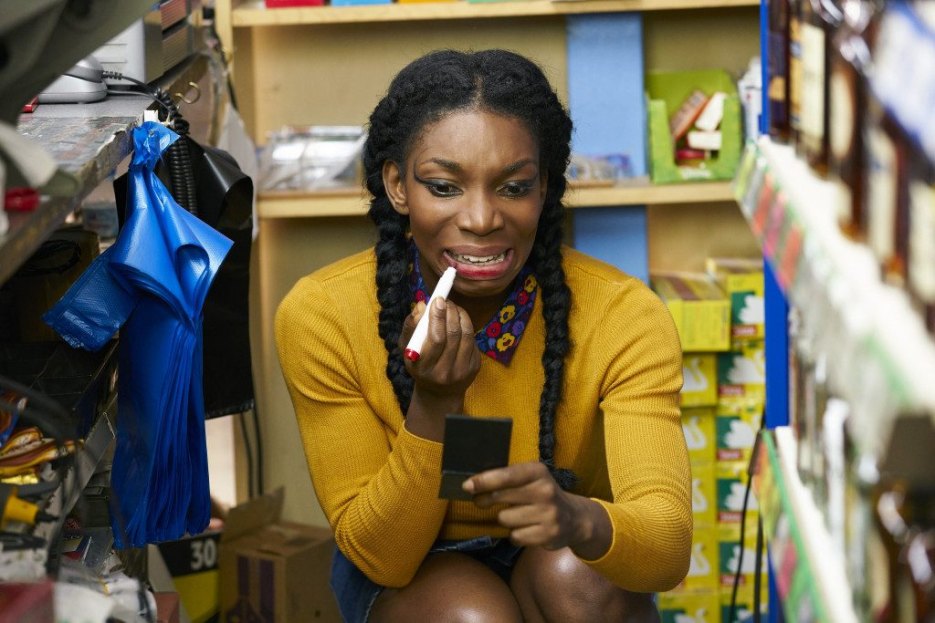 ‘Chewing Gum’ is a British situational comedy-drama, that is set in London. Written by Michaela Coel, who also stars in one of the major roles, the series has Robert Lonsdale, Susan Wokoma, Danielle Walters and Tanya Franks, playing lead roles. This story is about a 24-year-old shop assistant named Tracey Gordon, who has grown up in a religious, rigid household. But she wants to explore sex and learn more about the world. 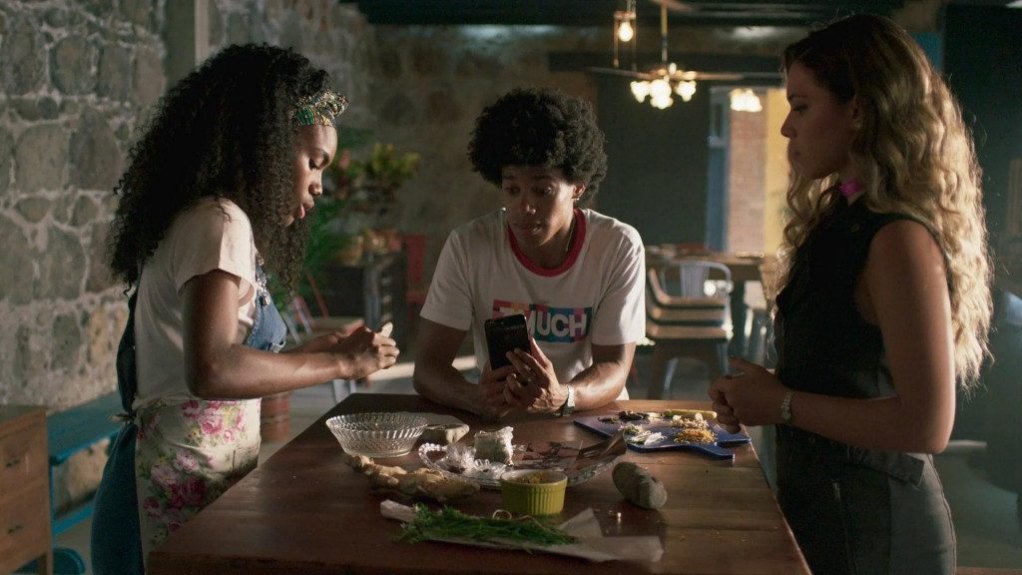 ‘Always a Witch’ is set in the 17th century and is centered around a 19-year-old woman named Carmen, who is also a witch. She is employed as a slave but then falls in love with a white man. Considered a grave crime, she is sentenced to death by being burned alive at the stake. However, an elderly wizard offers her a suggestion: she will be transported to the modern era where no one believes in witches, only if she promises that she won’t use her magical powers again. Knowing that this is her only chance to escape, Carmen accepts. After arriving in 21st century Columbia, she begins to start life afresh by joining college and making new friends. But after all, she is a witch. How long can she hide her reality? 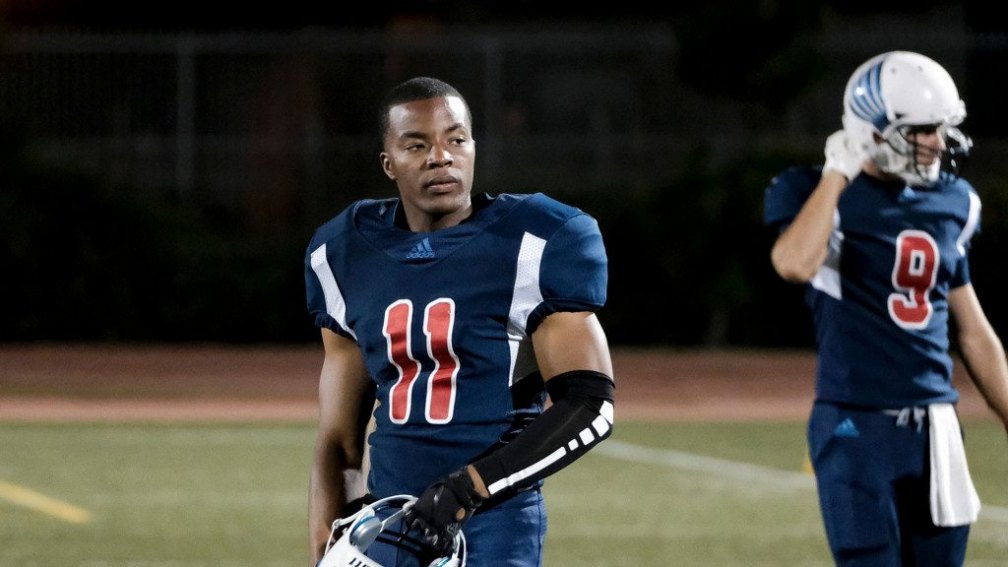 ‘All American’, created by April Blair, debuted on The CW on October 10, 2018. Based on the real life of Spencer Paysinger, the renowned football player, it chronicles the life of a young high school boy from South L.A. He is chosen to play for Beverly Hills High. However, since he comes from Crenshaw, he struggles in adapting to his new family at Beverly Hills.