Is Netflix’s Fatal Affair Based on a True Story? 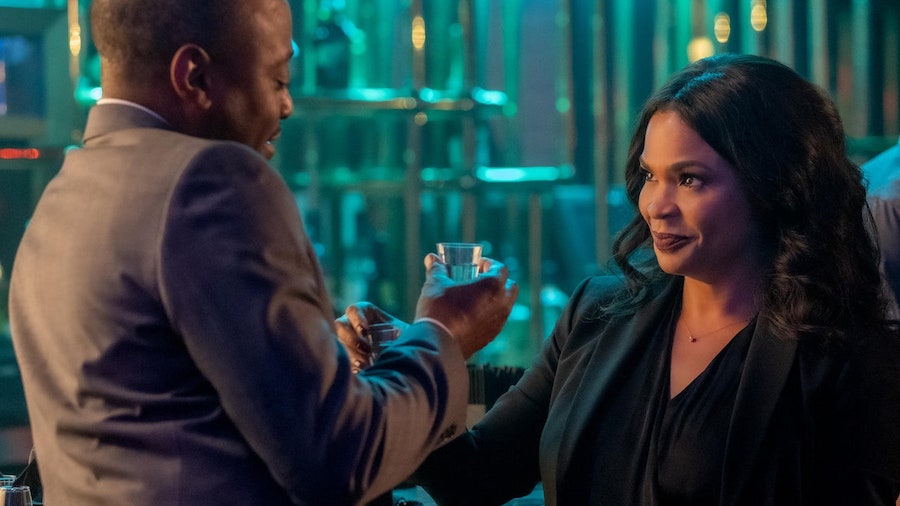 Netflix’s ‘Fatal Affair’ follows the story of a woman named Ellie. She is a smart and successful lawyer but has been feeling some hollowness in her marriage for some time. It is while processing this emotion that David, an acquaintance from the past, shows up at her workplace. They hit it off immediately, and after having some drinks together, come close to having sex. Ellie comes to her senses just in time and runs back home. She tells David that it was a mistake and he should not pursue the matter anymore. However, he has different plans.

The nature of David’s obsession takes a very dark and dangerous turn, and it chills one to think about something like that happening to them or someone close to them. It makes us wonder if ‘Fatal Affair’ takes inspiration from a real story to bring an authentic tone to itself. Is it based on a true story? Let’s find out.

Is Fatal Affair based on a true story?

No, ‘Fatal Affair’ is not based on a true story. It is based on an original screenplay written by Peter Sullivan, who has also directed the film. This Netflix film isn’t the first foray of Sullivan in the territory of psychological thrillers that deal with the idea of crazy stalkers who are ready to murder people and destroy lives in the name of love. He has previously co-written and directed 2019’s ‘Secret Obsession’ for Netflix, which also tells the story of a woman who finds herself trapped with a man whose love for her proves to be fatal for her and her family. In that sense, ‘Fatal Affair’ seems, more or less, like a prequel to ‘Secret Obsession’.

Even though it is not based on a true story, the film takes inspiration from other successful films with similar themes. The film that most readily comes to mind while watching ‘Fatal Affair’ is ‘Fatal Attraction’. Starring Michael Douglas and Glenn Close in the lead roles, it also tells the story of a successful lawyer whose extra-marital affair leads to a dangerous game of obsession, stalking, and murder. Only, in the 1987 film, it is the man who is being stalked by a woman, and their affair takes place for a considerably extended period as compared to the merely fleeting emotions of a drunken state in which Ellie falls for David.

2009’s ‘Obsessed’, starring Beyonce, Idris Elba, and Ali Larter, is another film with which one can draw comparisons for ‘Fatal Affair’. Much like it happens in the Netflix film, this one, too, follows the story of a person who falsely believes that the person they like is also in love with them and need a way out of their banal marriage. But again, in ‘Obsessed’ too, the film follows from the point of view of a man who is stalked by a woman. ‘Fatal Affair’ turns this gender setting around and gives a fresh twist to the story, though it isn’t something that women are unfamiliar with.

According to the US Department of Justice, about one in six women have been terrorized by stalking “so severe that she felt very fearful or believed that she or someone close to her would be harmed or killed.” Men, too, are not untouched by this problem. One in nineteen men has shared a similar experience. The statistics also state that the stalker is most likely to be someone whom the person has known previously, if not necessarily intimately.

Considering this, even though Sullivan did not specifically focus on the real story of one person, he does consider the staggeringly common nature of this crime and how it can affect anyone, irrespective of whether they are single or married or have children. Through the film, it is also shown that one needs to be more forthright in talking about the fear of stalking to their close ones before anything dangerous happens.