Food. Who does not love the word itself? The word gives rise to a variety of emotions in a true foodie. What can even be better than putting a delicious piece of steak in your mouth? Or some cake made by your favorite bakery? Food has now evolved from just a basic need to a way of life and luxury. And as civilization progressed, we have also managed to procure and produce several varieties of food. We have been able to experience food from different parts of the world, thanks to globalization. Food is now a multi-billion dollar industry and also has many adjoining industries like farming, animal production, processing — all of which have expanded the commercial aspect of food.

There are innumerable varieties, cuisines, tastes, food cultures, and so on. There are some people who like to experiment while some never go beyond what they usually consume. The variety of food in the world is unimaginable, and the number of people who work in this sector is also unimaginably large. Food has become such an important part of our culture that there are several reality shows, movies, books and even university courses on them. With that said, here’s the list of really good food documentary movies on Netflix that are available to stream right now: 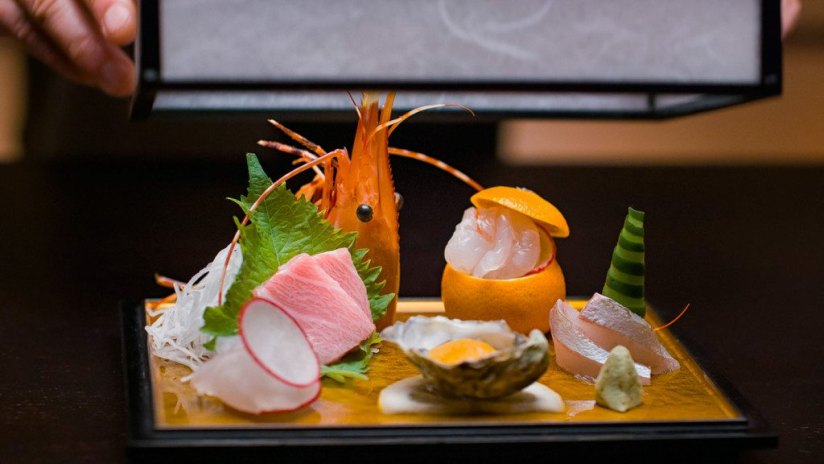 ‘Chef’s Table‘ is a unique story of food and the people who are most closely associated with it. The original series, ‘Chef’s Table’, has released six seasons till date, with the first three seasons having six episodes each, and the remaining three having four each. But a special series with four episodes concentrating on French chefs was released in 2016. During the course of each episode, a chef, in his own restaurant makes a very special dish and while doing so talks about his/her life and passion for food.  Alain Passard, one of the most revered chefs in the world, is featured in the very first episode. His restaurant, L’Arpège, has earned three Michelin stars. 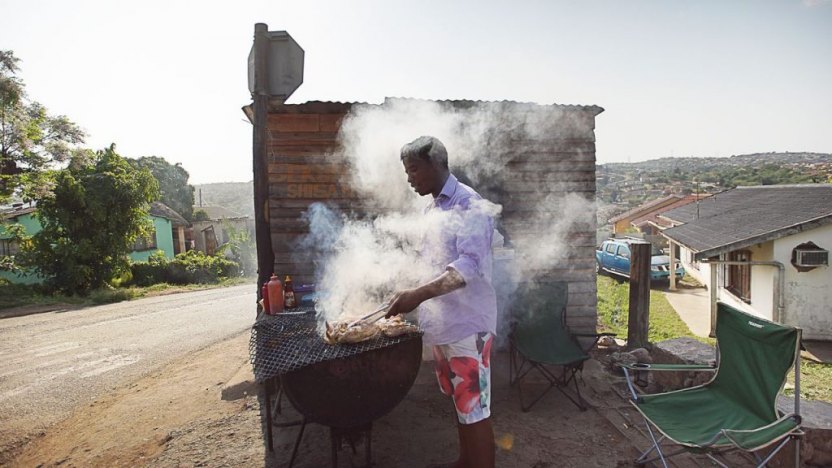 This is one of the best food documentaries out there. ‘Barbecue’ does not talk in detail about how to cook the dish, but what it does is truly magnificent and eye-opening. It sheds light on how one food has many variations and has impacted so many cultures across the world. What is a steak but meat cooked on fire? It is done in different varieties all over the planet, and this documentary takes us on a trip of all such countries which make barbecues. South Africa, Japan, Australia, Mongolia, Sweden, Philippines, Uruguay, the Syria/Jordan border, Texas, Mexico, and New Zealand are the countries featured in the documentary. What this documentary does is that it shows us how as human beings we are the same, and how we have always managed to bond and break barriers with food. 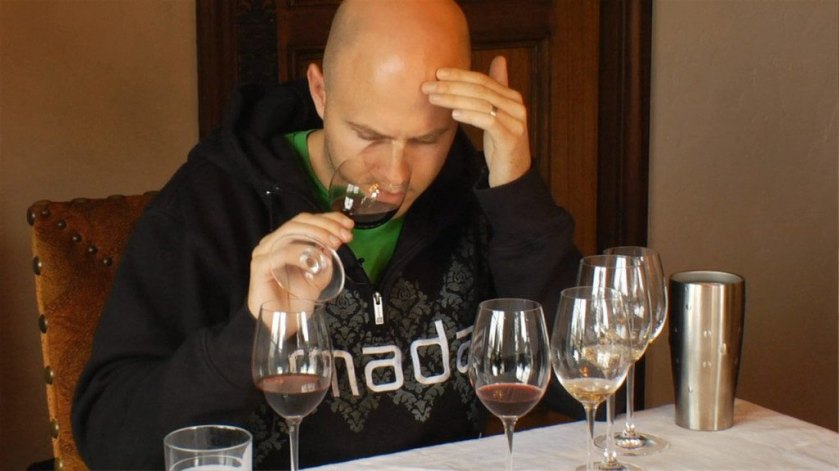 Wine is one edible item which can have volumes and volumes of an encyclopedia on it. There are thousands of varieties and makers — the history is huge. The techniques of serving wine are also limitless. Thus, the Master Sommelier examination was introduced to identify the best people who know about the business and it is considered one of the most difficult exams in the world to clear. This documentary follows the lives of four aspirants, Ian Cauble, Dustin Wilson, DLynn Proctor, and Brian McClintic, who dedicatedly prepare for the test. The syllabus is unimaginably vast and the examination extremely difficult. We see the passion in these men for succeeding and the hard work they put in. But will all of them manage to overcome this challenge? 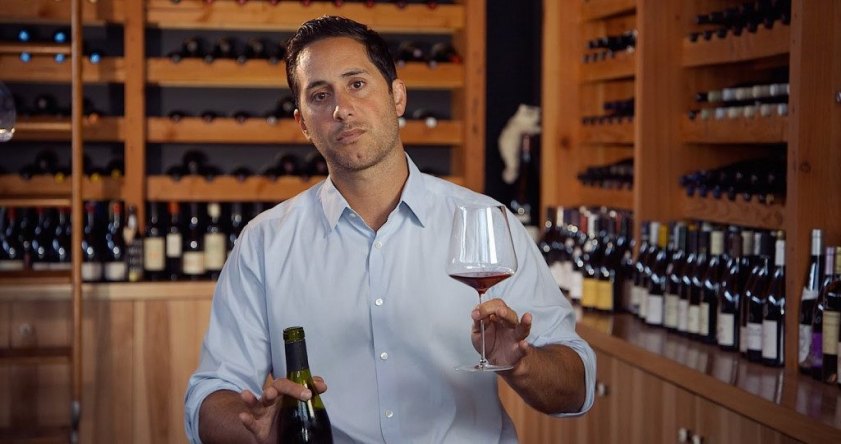 The makers of ‘Somm’ take us on another journey across the wine-making world. They talk to the best winemakers, historians, and vineyard owners on the history, variety, and the culture surrounding wine. We get to know how wine is kept in a cellar, why there is more French wine than Italian wine in America, how the World Wars have left us without any French wine before the 1940s, and so on. The makers also talk about the barrels in which the wine is fermented, the difference between the prices and the reasons for a variety of prices, which might range from 20 to 20,000 dollars, and more. This is an enriching and intoxicating journey through the heartland of wine. Get on the ride! 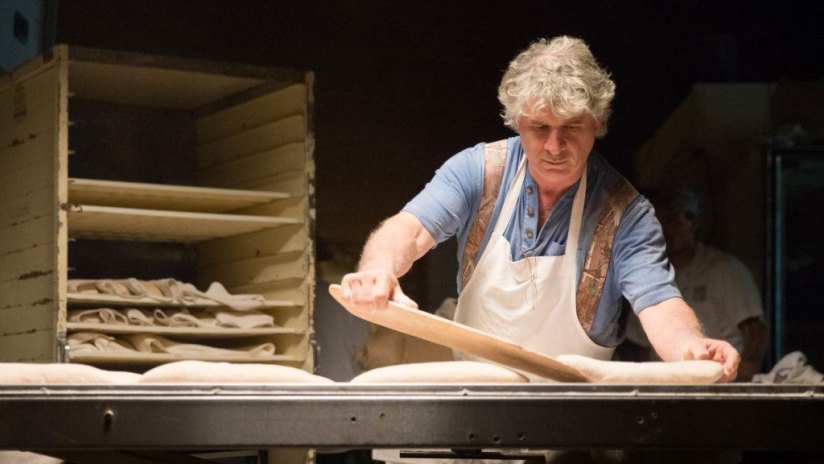 ‘Cooked’ is a 2016 miniseries made by Netflix from the book of the same name written by Michael Pollan. Pollan is the one who also narrates the series. Here he talks about how the four elements of wind, water, fire, and air came together in the process of creating food. He also talks about how we as a species have lost our deep connections with the important sources of our food. Pollan talks about his experiences in trying to cook basic stuff like barbecue pork, bread, and cheese. Here, he is looking for a spiritual connection we have with our food, which is not just in eating, but in the entire process of cooking. 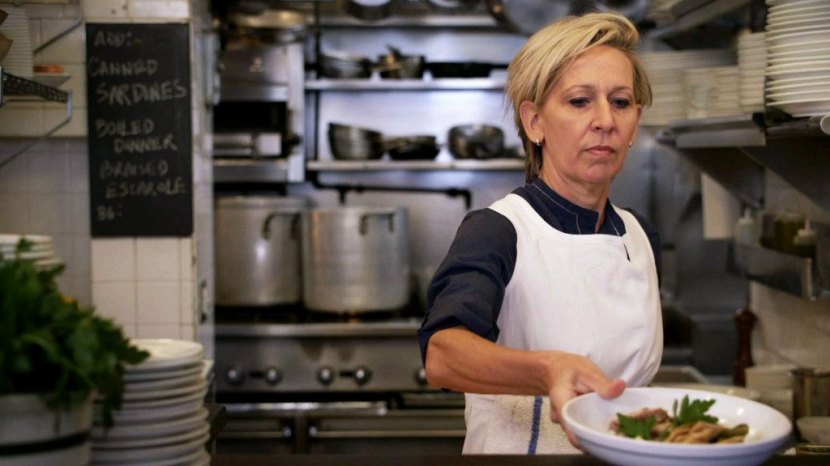 This docu-series was first broadcast on CBS and narrated by celebrity chef Anthony Bourdain. Six seasons have been released of this series. In each season, a couple of famous chefs become the center of the show. We get to know about their lives, how they got started in the business and what their beliefs and thoughts are on food, life and more. The show has even managed to win a Daytime Emmy Award for Outstanding Culinary Program. Here we understand what the greatest chefs in the world think about food, where they draw their inspiration from, and what is the quality in them that makes them stand out in this highly competitive world. 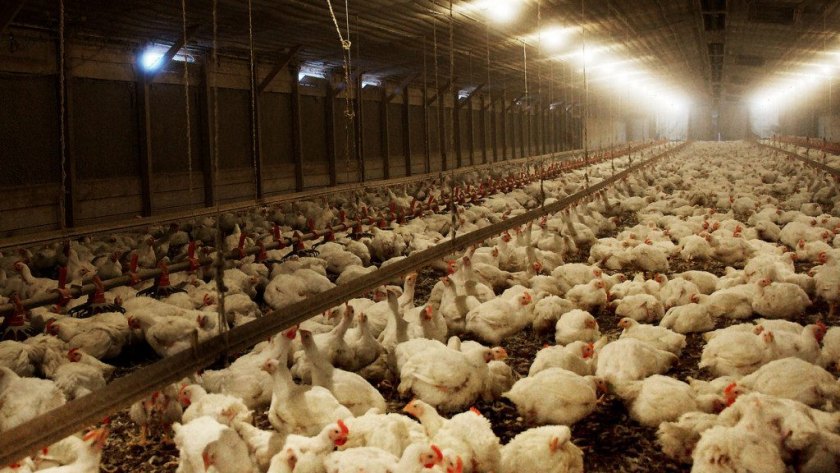 This is one of the most important food-related documentaries ever made. It sheds light on the millions of tonnes of food that are wasted every single day on the planet. There are millions of people across the world who do not even get enough to eat, so such wastage is simply saddening. And it is simply happening because a very select few have their hands deep into their politics of greed. The official description of the documentary goes: “The new Netflix documentary series Rotten exposes the fraud, corruption, and the consequences on our health of today’s global food industry.” The docu-series is divided into six parts, with each episode an hour long. We see how adulteration is carried out, how food-related diseases are on the rise and the impact this condition has had on 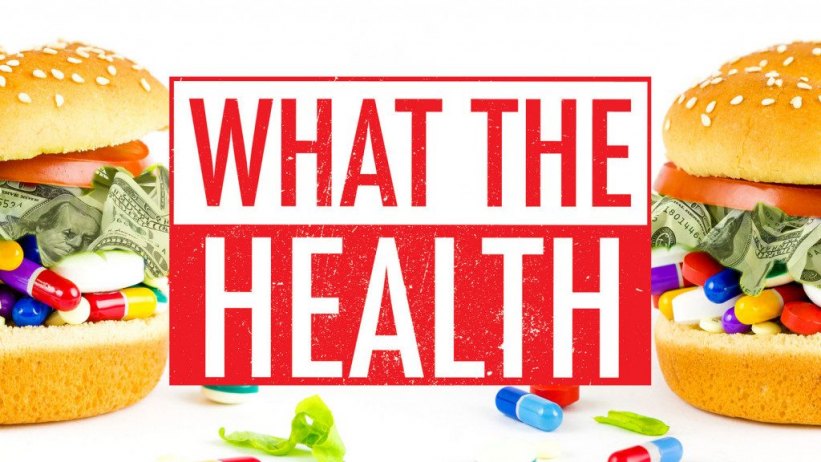 ‘What The Health’ is a documentary which is mostly meant to advocate vegan culture. Here, the makers have tried to put up an image which says that the meat and dairy product industry is directly related to the pharmaceutical industry, and both are dependent on each other. This, they say, is what makes us consume such vast amounts of animal products. Interviews have been taken of specialists who claim that a number of diseases are around just because we have not stopped consuming animal products. The makers believe that a huge international conspiracy is underway, which has influenced our food culture and practices so that these industries continue to thrive. We should watch the documentary to understand the point they are trying to make, but conspiracy theory documentaries have never led us anywhere. 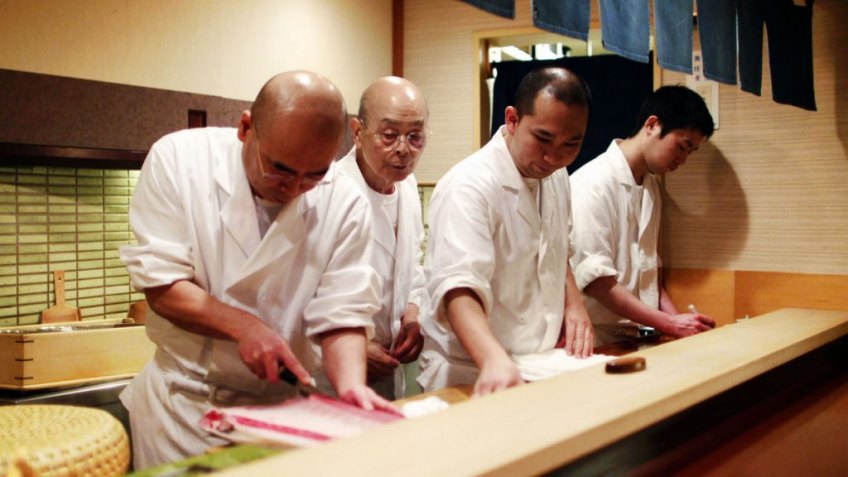 Can you imagine a 10-seater restaurant located in a subway station being granted three Michelin stars? Impossible, right? Well, not for Jiro Ono who has managed to do just that. One of the best sushi masters in the world, Jiro has made his restaurant a place which serves nothing but sushi. The documentary is centered around this man and his two stars as they are in search of perfection. It is made by David Gelb and has been widely appreciated throughout the world, boasting of a 99% Rotten Tomatoes rating. Even eminent film critic Roger Ebert was highly impressed by the film and intrigued by this man. 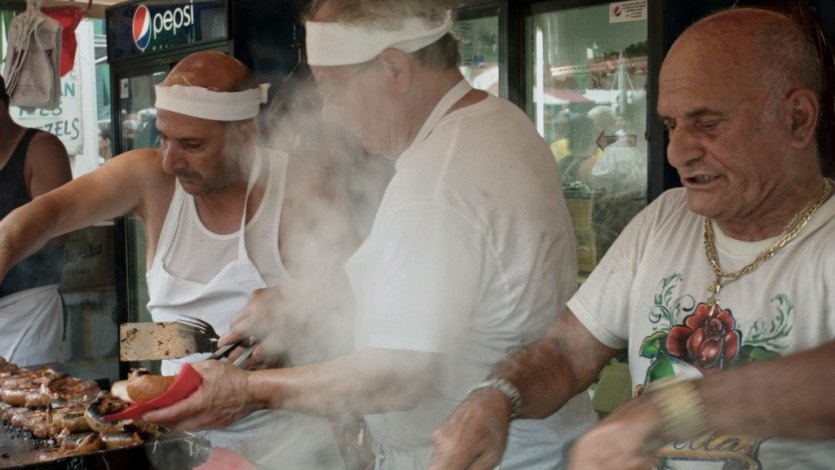 What has globalization’s contribution been? Or — let me put it this way — how has immigration of people from different cultures to different parts of the world contributed in any way? It has helped to create a unique blend of cultures, and the world has now become a cosmopolitan village. This documentary, made by Mercedes Cordova, traces how Italian food has traveled across the world and has been inspired and modified by the cultures of the world. Italian food, as we all know, is one of the most popular cuisines in the world. But what we get at our local Italian restaurants or eateries are hardly similar to their original versions. Here, we get to know how far and wide Italian food has traveled across the world and how deep an impact it has made on the cuisines and choices of its fans. 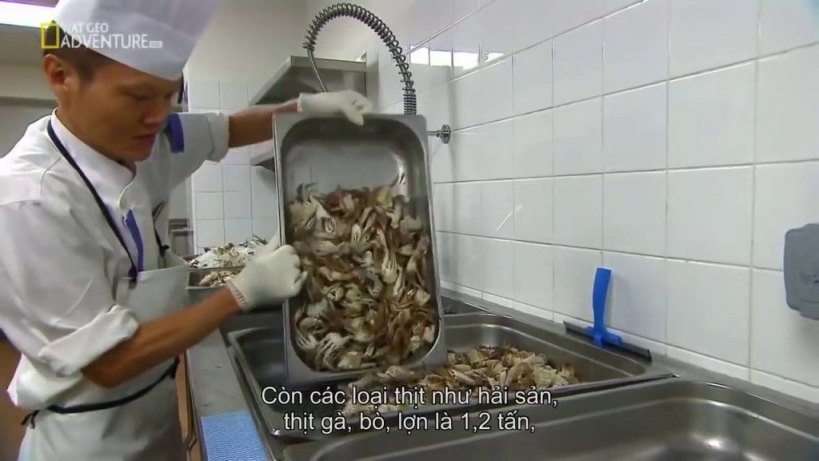 This unique documentary series gives us a peek into some of the most unique kitchens in the world. The series is divided into episodes and each episode concentrates on one such unique event. Among them, the first episode is about the biggest pub in Australia. They serve thousands of guests during the weekend and cook food only after buying it straight from the farm. And in another episode, we see how cooks in Geneva manage to ready 50,000 meals per day for the airlines’ passengers while not compromising on the quality of a single one. Each episode is unique, and each one gives us an insight into a process that is delicate and must be carried out with utmost precision. 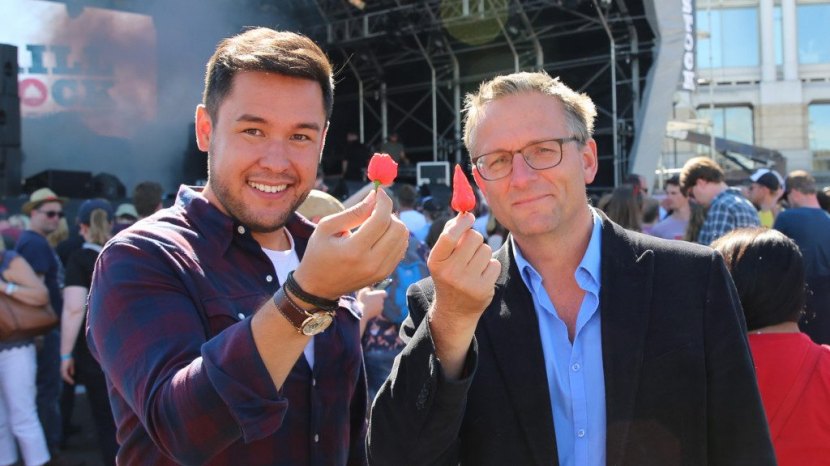 This food documentary is unlike any other. Presented by Michael Mosley and James Wong, it is a journey into the physics, chemistry, and biology of the food that we consume. The duo examine what components in our food, right down to the molecular level, give us the unique tastes of the things we eat. They talk about how an infusion of proper chemistry and biology creates all the flavors and tastes that we derive from our food. We also get to understand that there might be huge varieties in the food consumed throughout the world, but when they are studied at the molecular level, all components are similar. These are things which are required by the human body, and all we do is make variations of the same. The concept of the show must be appreciated for its ingenuity. 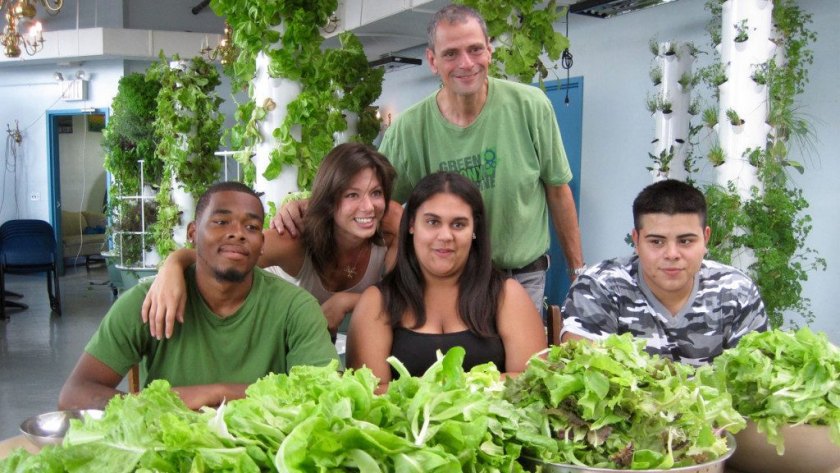 ‘In Defense of Food’ is also adapted from a book written by Michael Pollan. In this documentary, he tries to give us a picture of why the concept of nutrition and diet is so warped in our society. Pollan believes that a lot of the food that is being shown in Western countries as nutritious is hardly so. He says that there are corporate interests involved in us eating the food that we do. It is true that all the food that we eat is somewhat influenced by what we see around us. Pollan also talks about how we will not manage to switch to an entirely vegetarian diet because the world does not have enough infrastructure to make it possible. Though the documentary has been subject to criticism from certain sectors, it sure is interesting. 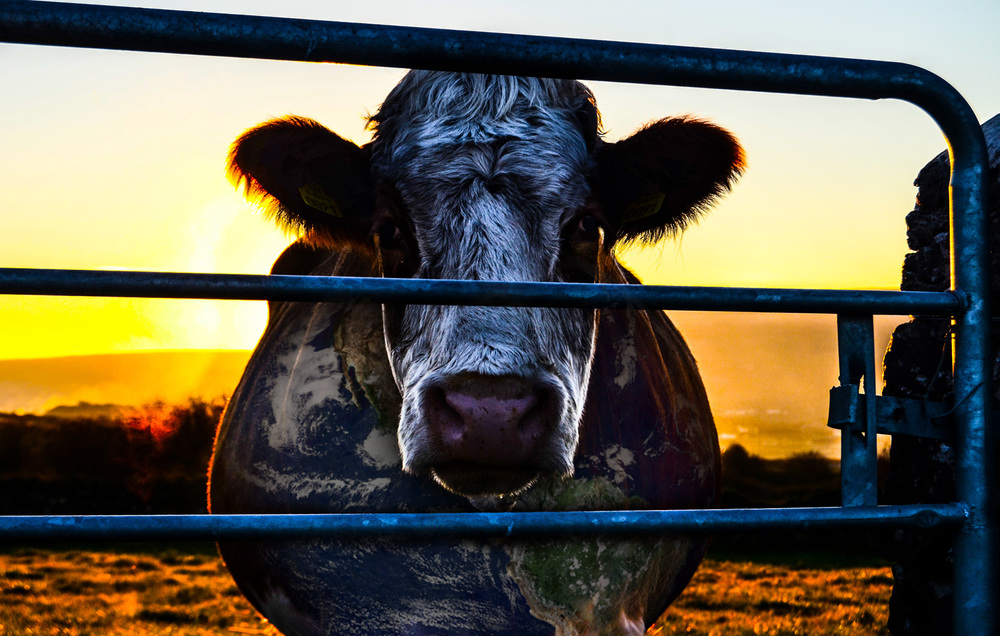 Cow products are consumed throughout the world. Milk is a basic food which is common anywhere we go. What this documentary seeks to portray is that cow farming is seriously detrimental to the environment. However, its theories have been rejected by scientific organizations. The documentary had claimed that issues like global warming are more affected by cow farming than burning fuels. Though scientifically inaccurate, this is something which none of us have thought about. So this documentary might be a starting point for you.