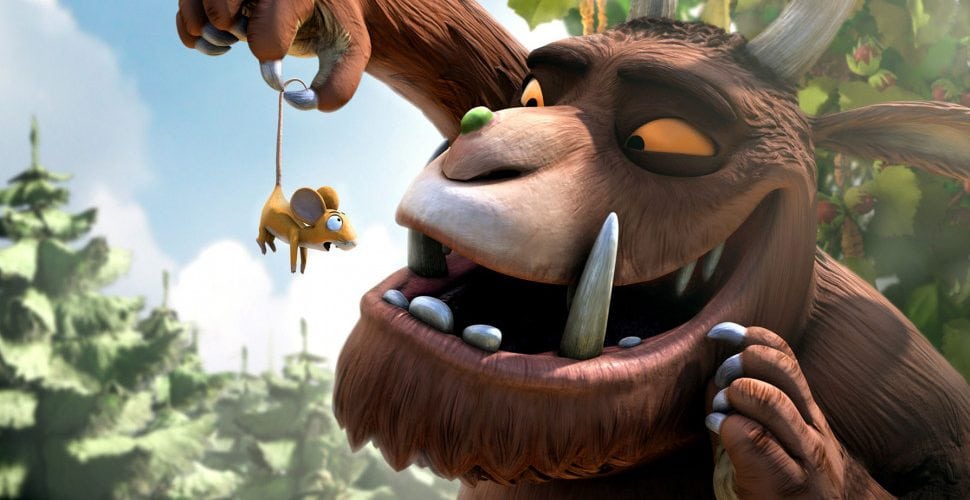 Netflix has managed to acquire and put up on its website almost every format related to films and TV shows. So it’s a matter of little surprise that they have a robust collection of short films, films that are considerably shorter than usual feature-length movies and documentaries. So, if you are in the mood to watch something quick and amazing, these films will serve your needs. Here’s the list of top short films on Netflix. You can also watch several of these best short movies on YouTube, Hulu or Amazon Prime. 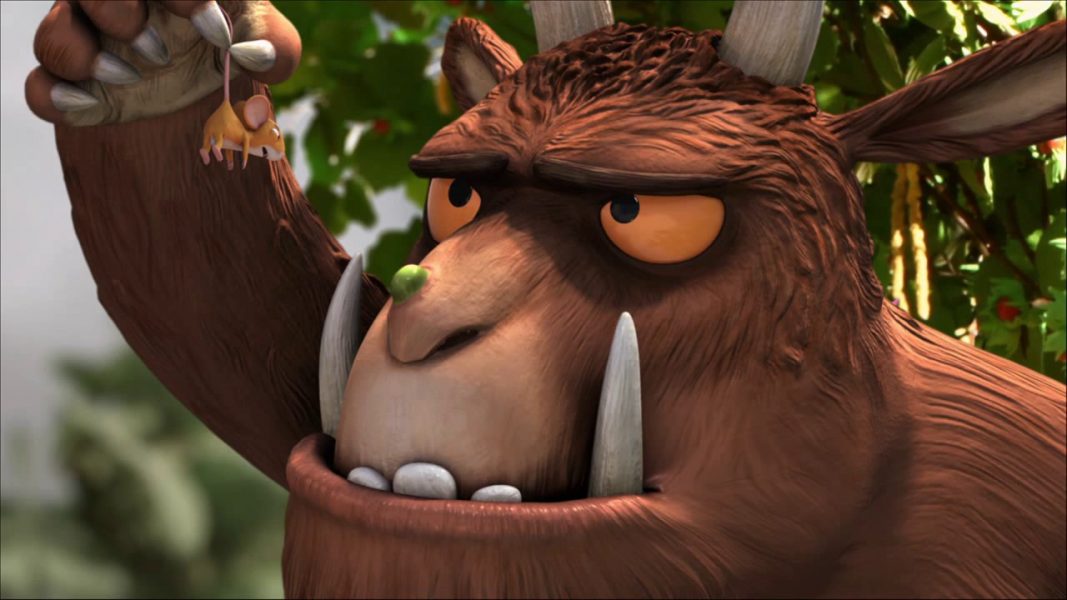 So the classic children’s story from writer Julia Donaldson and illustrator Axel Scheffler has come to life in this adaptation. The story is of a witty mouse who relies on its imagination to intimidate predators such as an owl, a fox, and a snake. He tells them the presence of an imaginary monster named Gruffalo to scare them away. The kick here? Gruffalo actually exists. The only word to describe this short is delightful. Go watch it if you haven’t already. 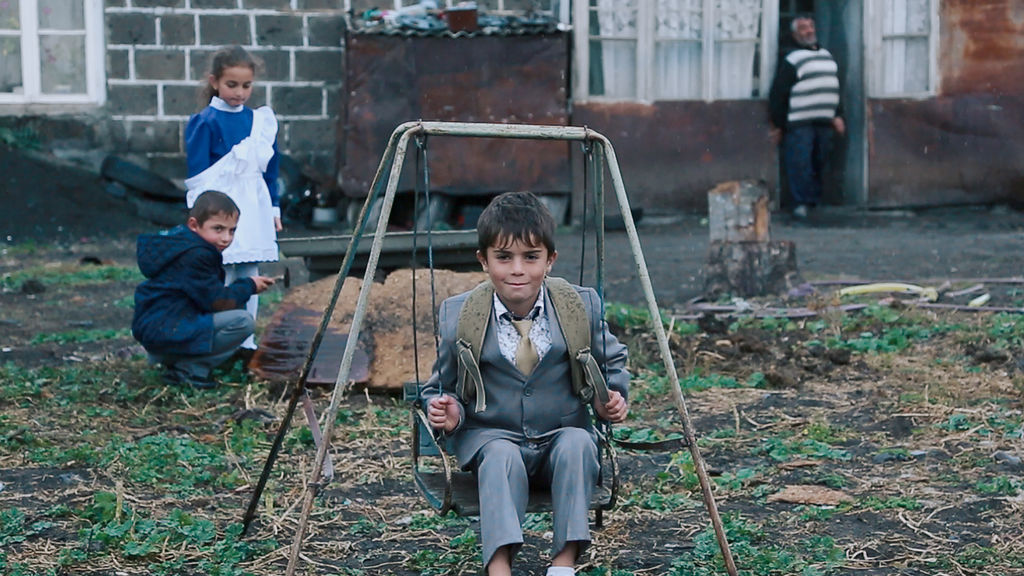 What if you stumble upon a region where potatoes are the only currency? What if money isn’t as valuable as potatoes? This may sound funny but this Sundance jury award for nonfiction winner is anything but funny. It tells the struggle of Georgia, a Republic strangled in poverty and hopelessness. The people are suffering from hunger, lack of job and enough currency to sustain their lives and they seem to have no solution ahead of the tunnel. This gut-wrenching story is both long and short enough to live you in a deep abyss of hollowness for some time. 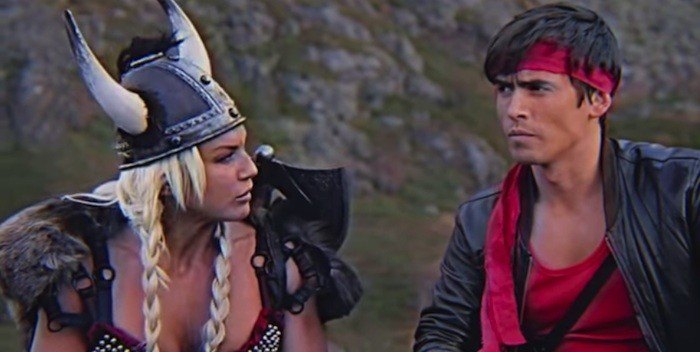 Let’s add some sci-fi flavor, shall we? The premise is absurd and interesting at the same time. We have a police officer in 1980s Miami who gets heightened Kung-fu powers from a weird supernatural incident and in 1985 when he quits police force for reasons deemed as spoilers, he has a new foe to fight- the supreme leader Hitler himself who is named in it, and we kid you not, Kung Führer. The end result is full of adrenaline rush and dopamine overdose which will satisfy the Ninja in you. 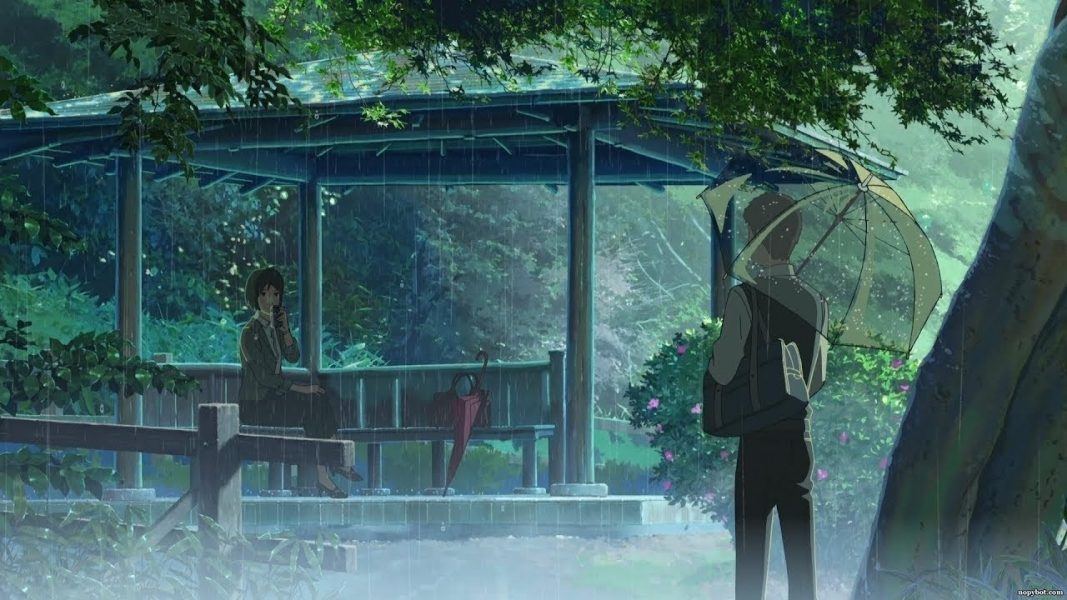 Well, this anime is not exactly a short film per se but it’s quite short to be on this list. Just below an hour is the duration and you have a serene and peaceful experience on your hand. If you love rain and Japanese Poetry, you’ll adore this flick. It’s a story of a teenage boy whose passion is making shoes and we have an older woman who shares the same perspective and love for the rainy season. Their individual isolation brings them together in a lush green park and their frequent encounters begin. The beautiful tanka (a form of Japanese poetry) plays a major role in connecting the two individuals and when the season of rain ends, we have a major emotional breakdown and personal turmoil to witness. The songs, the music, the images are so impeccable that you’ll be hooked to this romance. 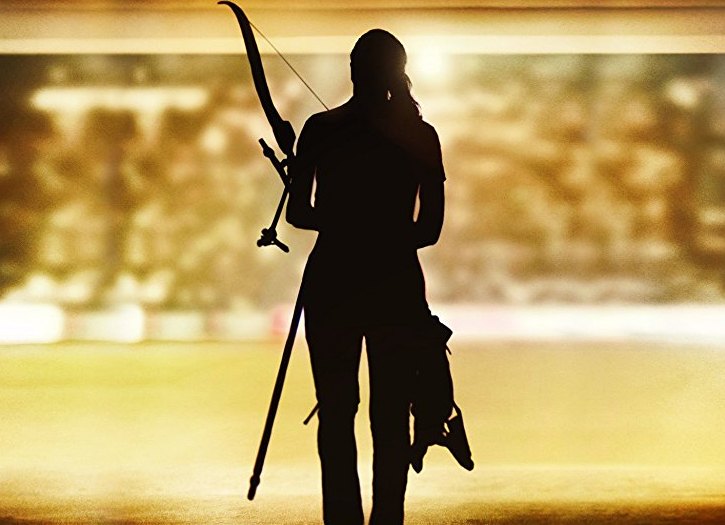 ‘Ladies First’ is an inspiring story of Indian archer Deepika Kumari who rose to the summit of world ranking from a state of extreme poverty and hunger. Born in an absolutely distant and poor corner of India, she used her unmatchable talent of shooting a target to provide for her family. It also shows the oblivious nature of Indian sports administration in nurturing such talents from the beginning. Overall this is a solid real-life story and is full of emotional fervor and inspiration. 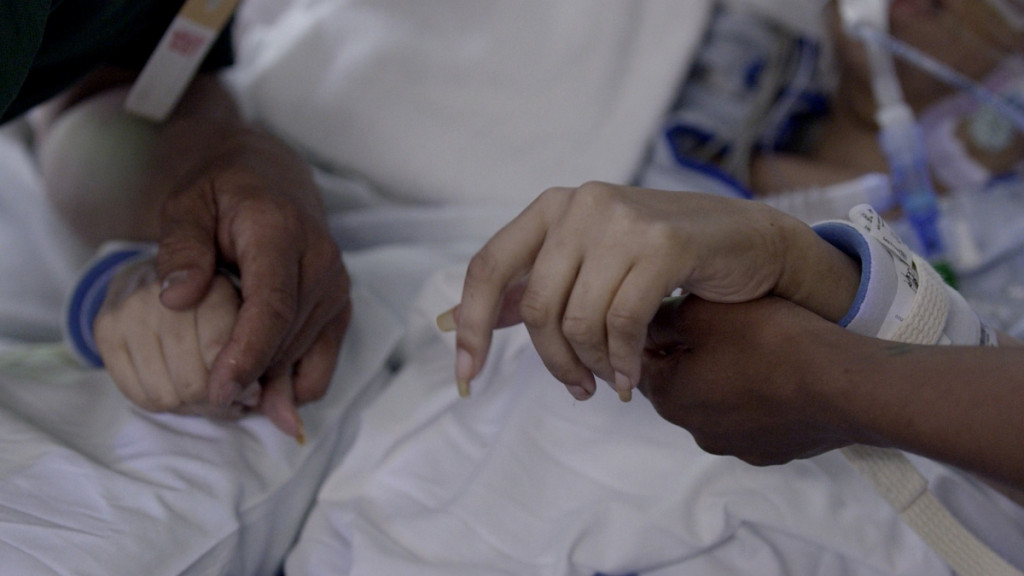 This award-winning short documentary is as real as they get. It tells the life and death decisions for families of patients on the verge of death. Being a documentary it successfully projects emotions of vulnerability, indecisiveness and the pain of letting go of their loved ones. We witness the inner conflicts of doctors, nurses and support staff, the execution of right to die in a dignified manner for terminally ill people in various forms and the heartbreaking realities the families face during those times. 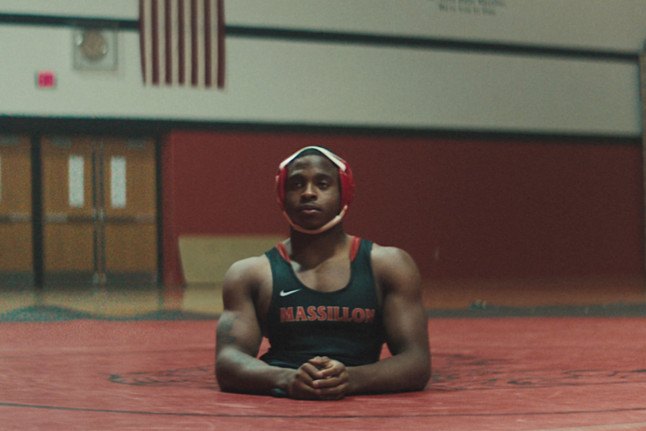 Zion is the newest entrant in this list. It is a greatly inspirational story of one Zion Clark who was born without legs and was brought up in foster care. Abandoned by his mother, he was floated from one foster home to another during his growing years and suffered a great deal of neglect and hatred from people around him. But that didn’t stop him from making the best of his life and abilities. The story packs a punch in its 11 minutes runtime and emotional resilience shown by Zion is something to look up to. 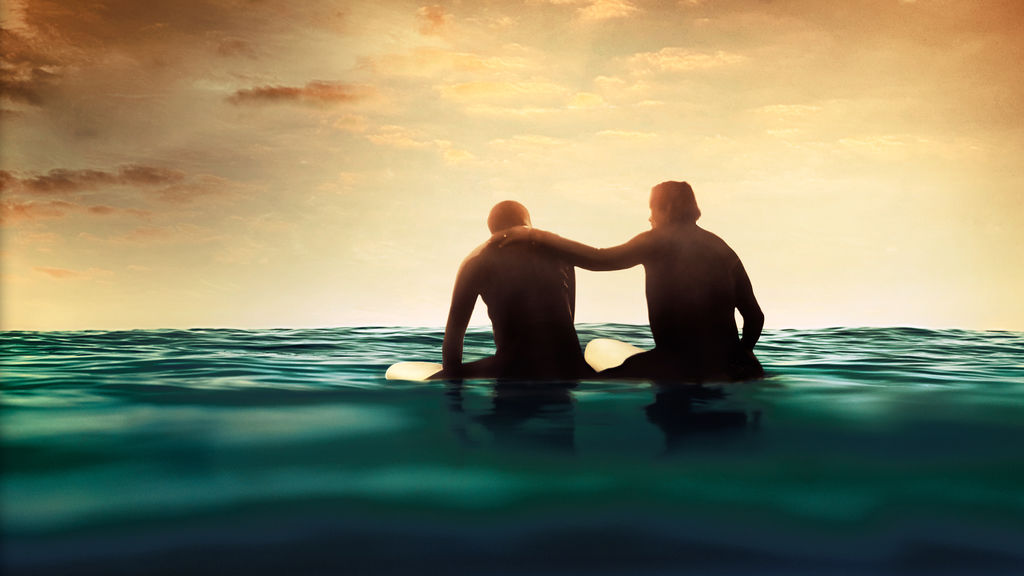 Director Josh Izenberg has made a moving tale about war veterans suffering from PTSD. The short documentary unearths the story of Iraq war veteran Bobby Lane who after his discharge from military, is going through a severe bout of depression and suicidal tendencies. He wants to cross one thing off from his bucket list before taking his own life, and that is surfing. But as fate would have it, surfing changed his perspective about life and his mental state. Much is because of the therapeutic attributes of surfing and peaceful nature of vast ocean itself. The short neither lacks research-based facts nor emotional connect one feels for these traumatized war heroes. 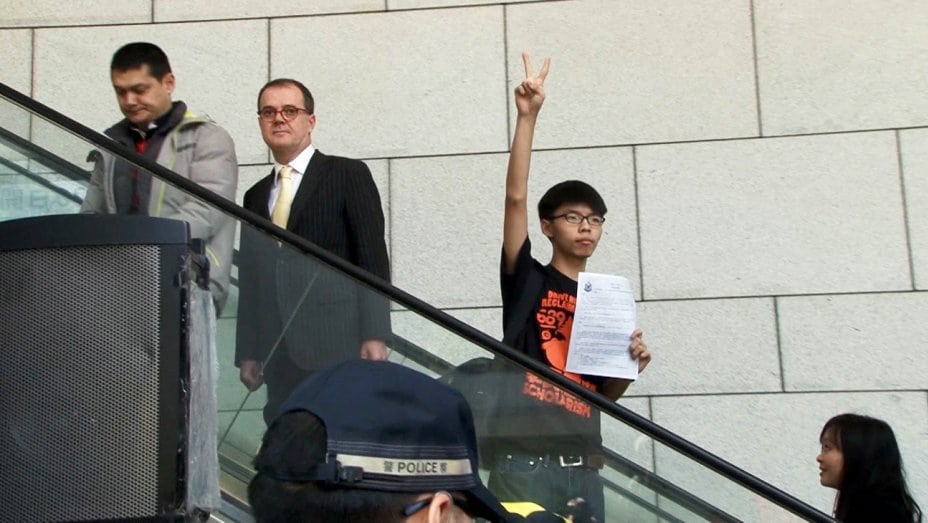 Well, this is one docudrama you must not skip while surfing through the endless catalogs of Netflix. ‘Joshua: Teenager vs. Superpower’ tells the story of a 14-year-old kid from Hong Kong, Joshua Wong who stood against the gargantuan Chinese Communist government. Hong Kong was invaded by the Chinese in 1997 but was promised autonomy in near future. But the promise faded with time and faced complete obliteration with the introduction of Pro-Communist teachings in Hong Kong schools. And this is where Joshua comes into the picture. He along with like-minded people formed solidarity to repeal propaganda based teachings and to remind China of its forgotten promise. A moving and thoughtful documentary about the nature of dissent against a Leviathan-like structure. 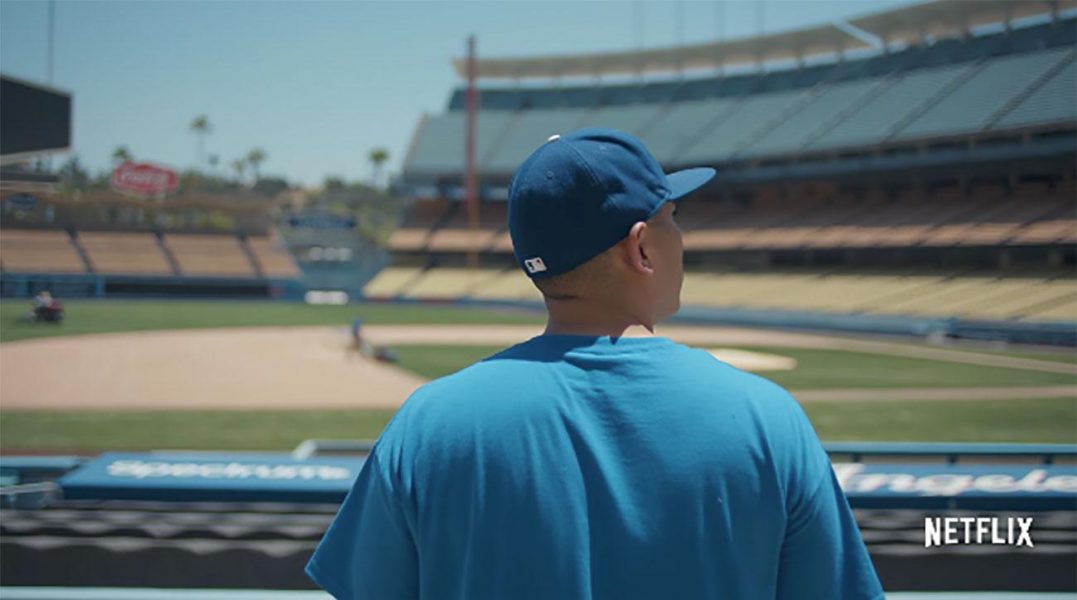 While the title may give away major spoilers about this gem of a story, it doesn’t shy away from pointing out the uncertainties and ‘what if’s of our lives. Directed by Jacob LaMendola, this is an inspiring and unbelievable tale at the same time. Juan Catalan is wrongly accused of killing a 16-year-old girl and he has to prove his innocence to avoid a death penalty. Catalan and his lawyer turn to an unlikely source to help them prove his innocence- footages of an episode of popular HBO sitcom ‘Curb Your Enthusiasm’. This is one brilliant narration of proverbial ‘long shot’ in a coating of a competent crime thriller. 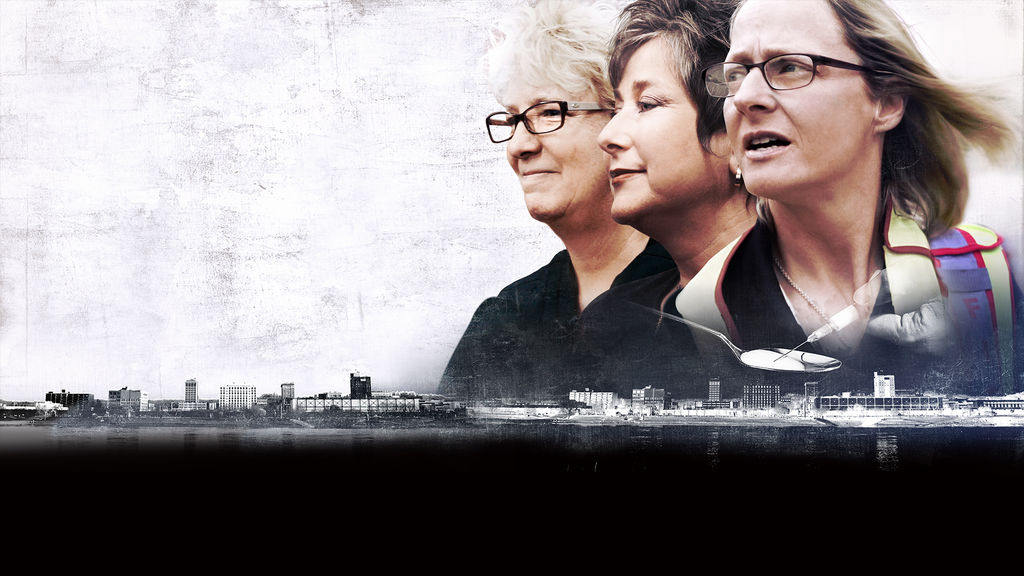 This is a story that focuses on a very specific issue in American society of today, an issue that can have serious repercussions on the fabric of American society in future- the opioid epidemic. The rapid increase of the intake of opioid drugs in the USA has made the life harder for some communities and none can face the burnt more than Huntington, West Virginia where the rate of overdose is almost 10 times higher than the national average. The title pays homage to three courageous women of the community who are giving their everything to fight this rising concern. It’s very moving and sheds light on a serious problem that has plagued America of today. 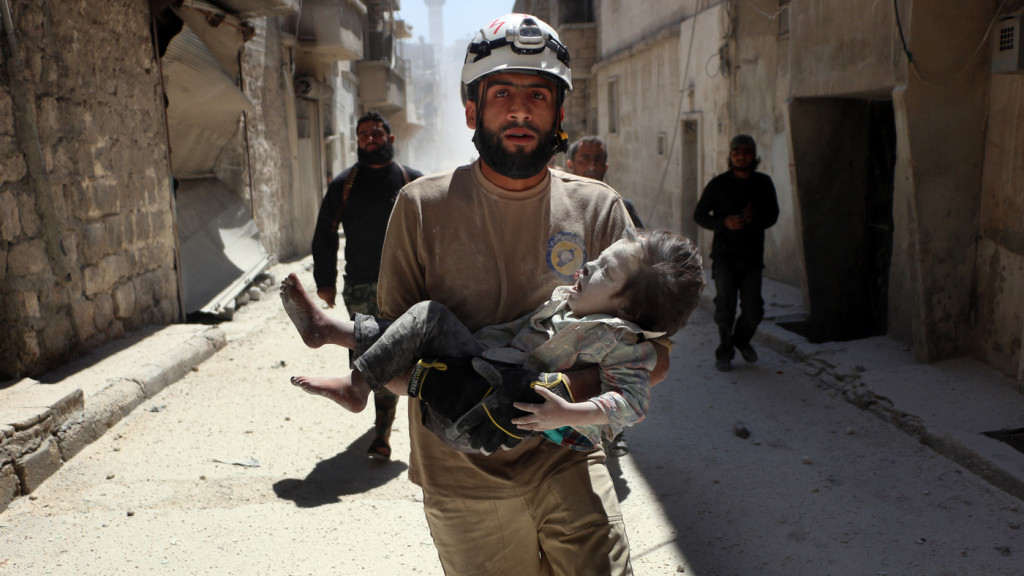 Thanks to World media and the wizardries of the internet, almost everyone knows about the plight of war-torn Syria and the citizens’ existence in hell. When we see the extent of destruction done by humans we also see, on the other hand, the faith in humanity being restored by common civilians.  The white helmets are those Bravehearts who worked tirelessly to save humans from under the rubbles in Aleppo, Syria. A real-life documentary of the victory of destruction over humanity and the philanthropic deeds of people stuck at the center of the war.

Probably the most influential and famous short in this list, ‘Paris is Burning’ is unlike anything you have seen in this category. This will shake you, will make you take notice of things happening in front of you and it might disgust you with the realness of it (we hope it doesn’t). ‘Paris is Burning’ is an unapologetic documentary of drag queens of New York City. The ostracized world of “drag” culture prevalent in the nightclubs and bars of the City where gay men and transgenders have their own way of expressing their fluid sexuality and identity of self. Not only it divulges the music and entertainment industry surrounding these communities it also possesses legit arguments of AIDS, homophobia, violence, racism and obviously, poverty. 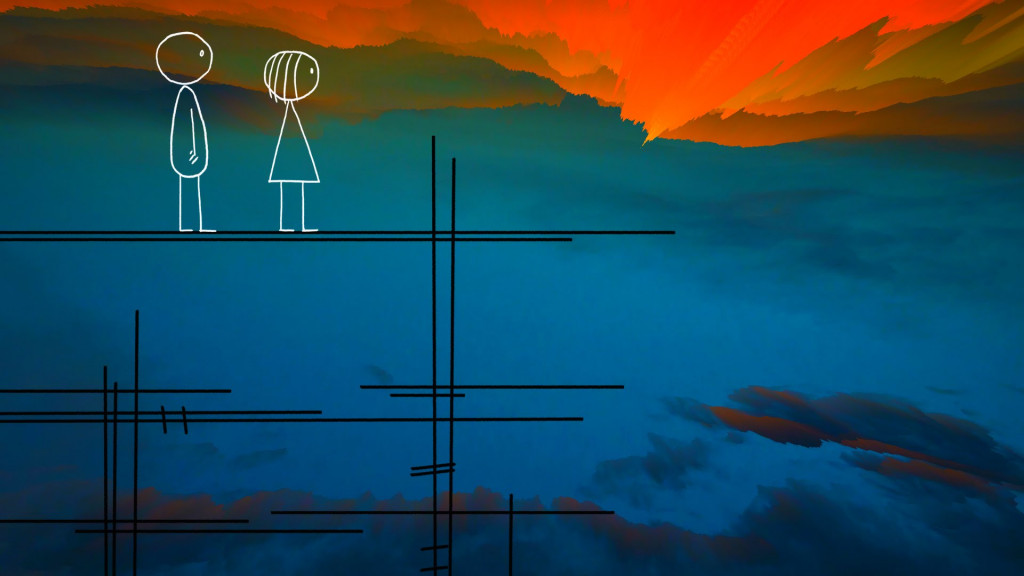 ‘World of Tomorrow’ is an Oscar-nominated American animated short film from writer-director Don Hertzfeldt. A little girl Emily embarks on a journey to a surrealistic future with the help of her third-generation clone from future. The little girl is taken through many complex concepts of future including ‘Outernet’. Hertzfeldt archives a greatly complicated feat of incorporating his four-year-old niece’s premature voice into Emily and the result is as real as they get. The film is beautiful, ambitious, with a time-bending arc and a detailed observation of life in future.