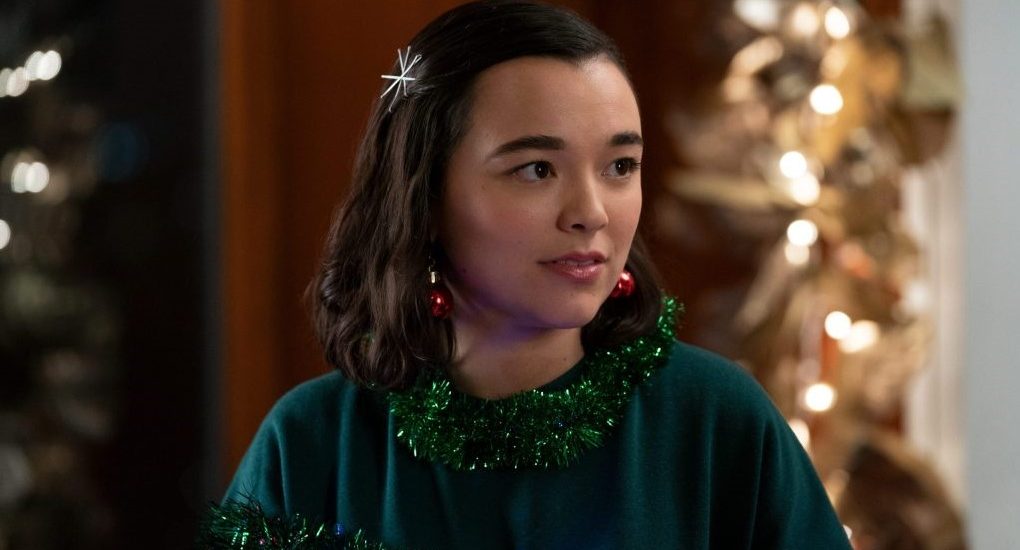 ‘Dash & Lily’ is a festive joyride that explores the sweet thrills of teenage love in the merriest time of the year, the Christmas season in New York City. Adapted from Rachel Cohn and David Levithan’s bestselling YA novel ‘Dash & Lily’s Book of Dares,’ the Netflix original follows the budding romance between Dash, a cynical loner who hates all things Christmas, and Lily, a free-spirited girl who is all about spreading the holiday cheer.

They fall in love by writing to each other in a notebook that they exchange back and forth between them while also completing a series of challenges as part of a social experiment to better understand one another without using modern-day tools such as social media. Starring Austin Abrams and Midori Francis as the titular pair, ‘Dash & Lily’ is designed to make you feel less lonely, even as it acknowledges the loneliness. If you are looking for more insight about the first season’s ending, you’ve come to the right place. SPOILERS AHEAD!

Tired of being single, shy Yuletide-enthusiast Lily plants a red notebook with a set of clues and dares in her favorite bookstore, the famous NYC landmark The Strand, on a shelf carrying Salinger. She hopes to start a written dialogue with a like-minded boy, an interaction with the possibility of leading into romance. But the person who finds the notebook and starts writing back is Dash, a 17-year-old Christmas-hater who is Lily’s opposite in every way except for his love of books. 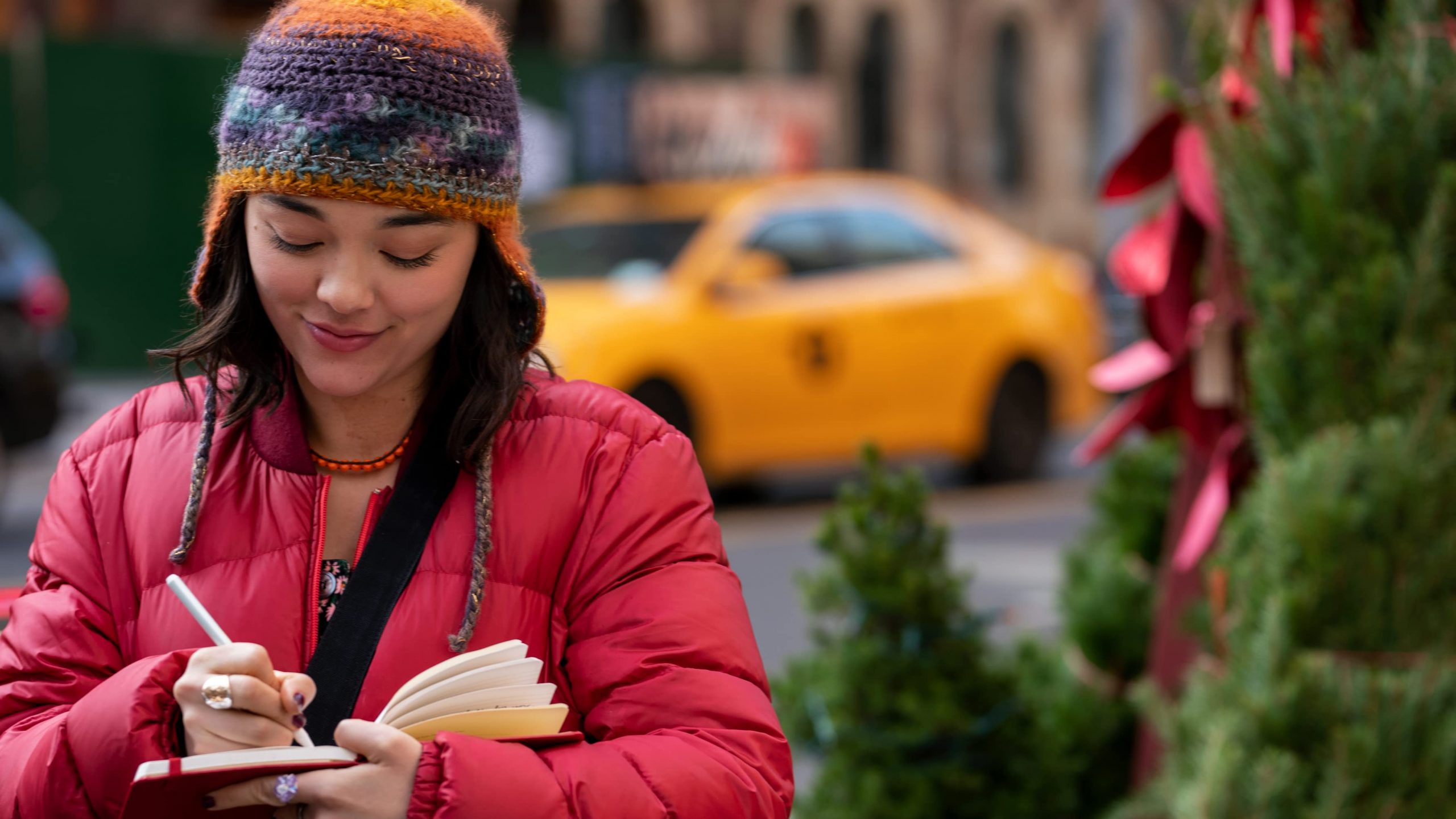 This sets off a series of back and forth exchange between the two, where they share their thoughts and dreams by writing in the notebook and setting specific tasks for each other to complete, to get to know one another better. Dash and Lily decide not to share their exact identities until they meet face to face. Through their interactions in the red notebook, Dash and Lily explore a whole lot of their bustling city. 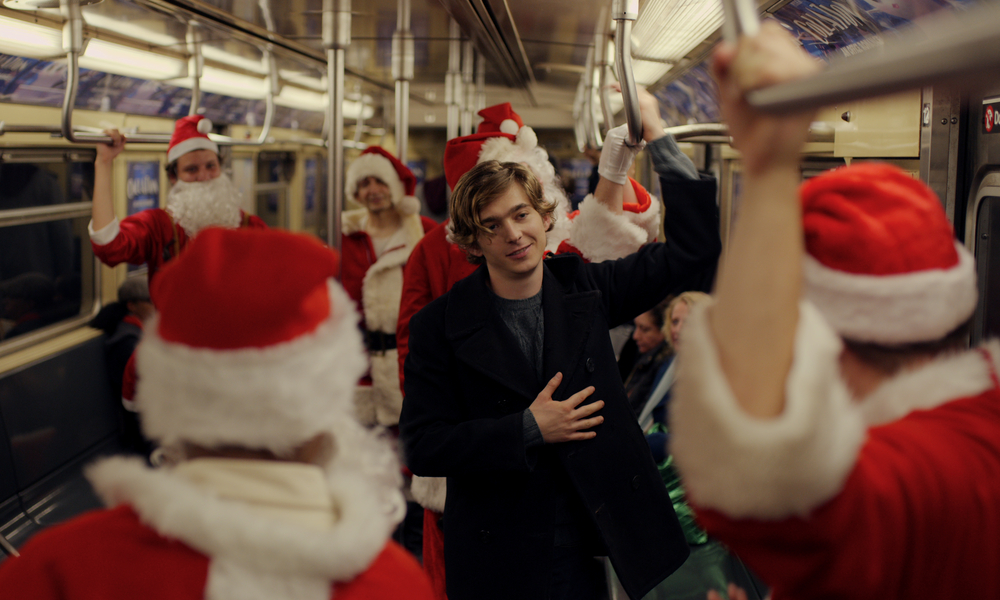 Each one shares their own version of New York City – from the overly festive neighborhood of Dyker Heights to the serene emptiness of the Grand Central Station before the first train arrives. As Christmas approaches, Dash & Lily’s plans to meet for real are derailed by the realities of their lives, and when they do finally meet, things don’t go as planned.

Dash and Lily come face to face at Priya’s Christmas Eve party, but they don’t have a clue about each other’s identity, so they talk and connect as strangers meeting for the first time. Dash leaves the party with his ex-girlfriend Sofia while Lily almost gets kissed by her date, Edgar. Dash tells Sofia that he’s in love with Lily and declines her proposal of getting back together. However, he does end up sleeping over at the Morgan Library, which makes him very late to drop off the red notebook at Lily’s aunt (as he’d previously promised Lily). 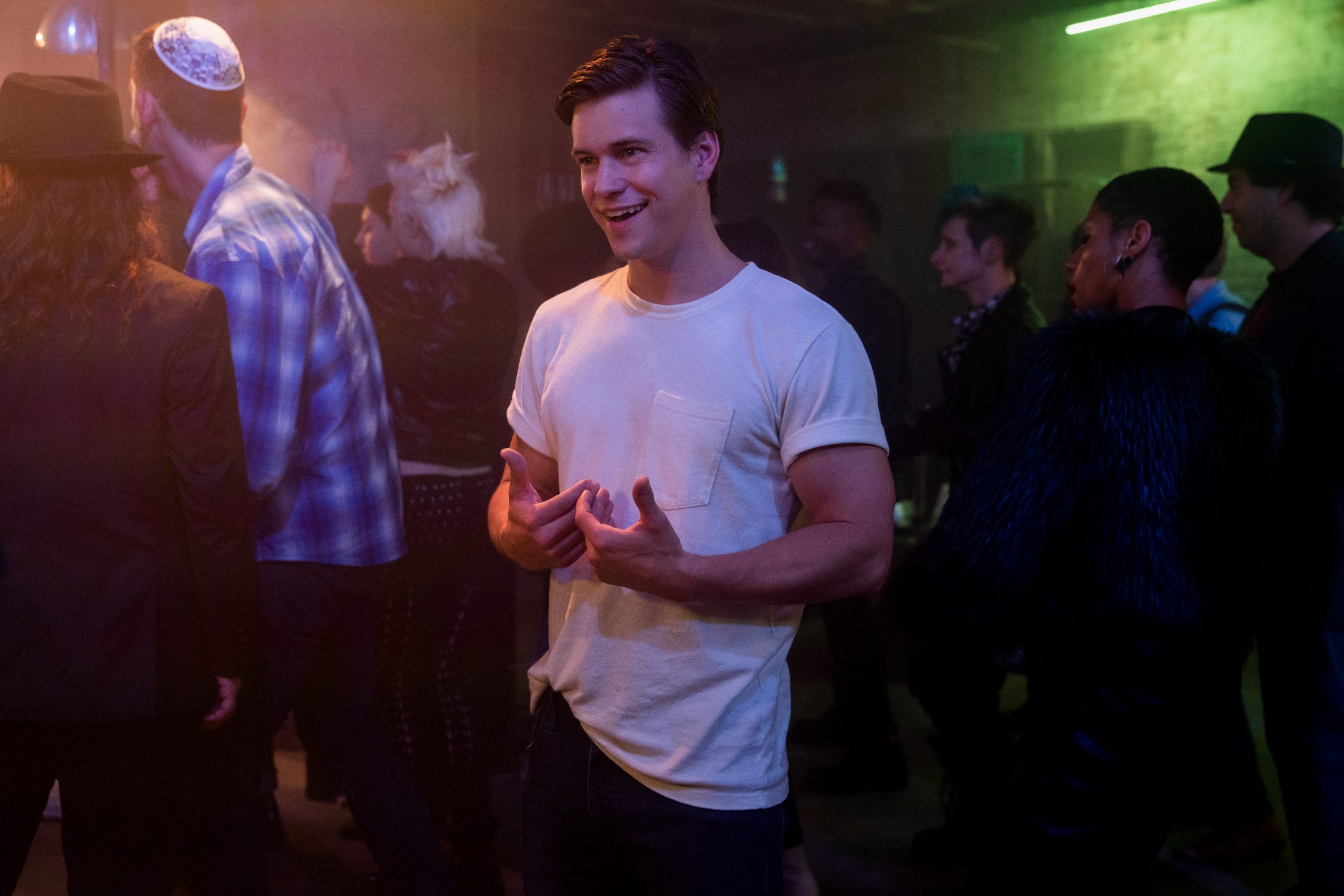 Disappointed at not finding the notebook under her Christmas tree, Lily goes to Aunt Lillian’s place but finds out that Dash never gave her aunt the notebook. Because of a clue dropped by her aunt, Lily figures out Dash’s identity and remembers him leaving the party last night with his gorgeous ex. Heartbroken, Lily goes to a bar, gets sloshed, and texts Edgar who then takes the opportunity to come over and kiss her.

Meanwhile, Dash gets a ping on an app about Lily’s red boot being sighted at McSorley’s Pub. He races to the bar and enters just in time to see Lily kissing Edgar. Crushed at the sight of his beloved kissing another guy, Dash takes a very drunk Lily to her aunt’s place, and they get into a huge fight during the cab ride there. Later, Lily finds Dash’s last message to her in the red notebook in which he breaks up with her.

A week later, on New Year’s Eve, the notebook finds its way back to Dash, who is shocked and sad to learn that Lily is moving to Fiji with her parents on that very night. Admitting to his friends that he cannot stop thinking about Lily, Dash enlists their help in making things right with the girl of his dreams. Lily’s brother finds the red notebook at their house and texts Lily a picture of Dash’s message asking her to meet him at The Strand. 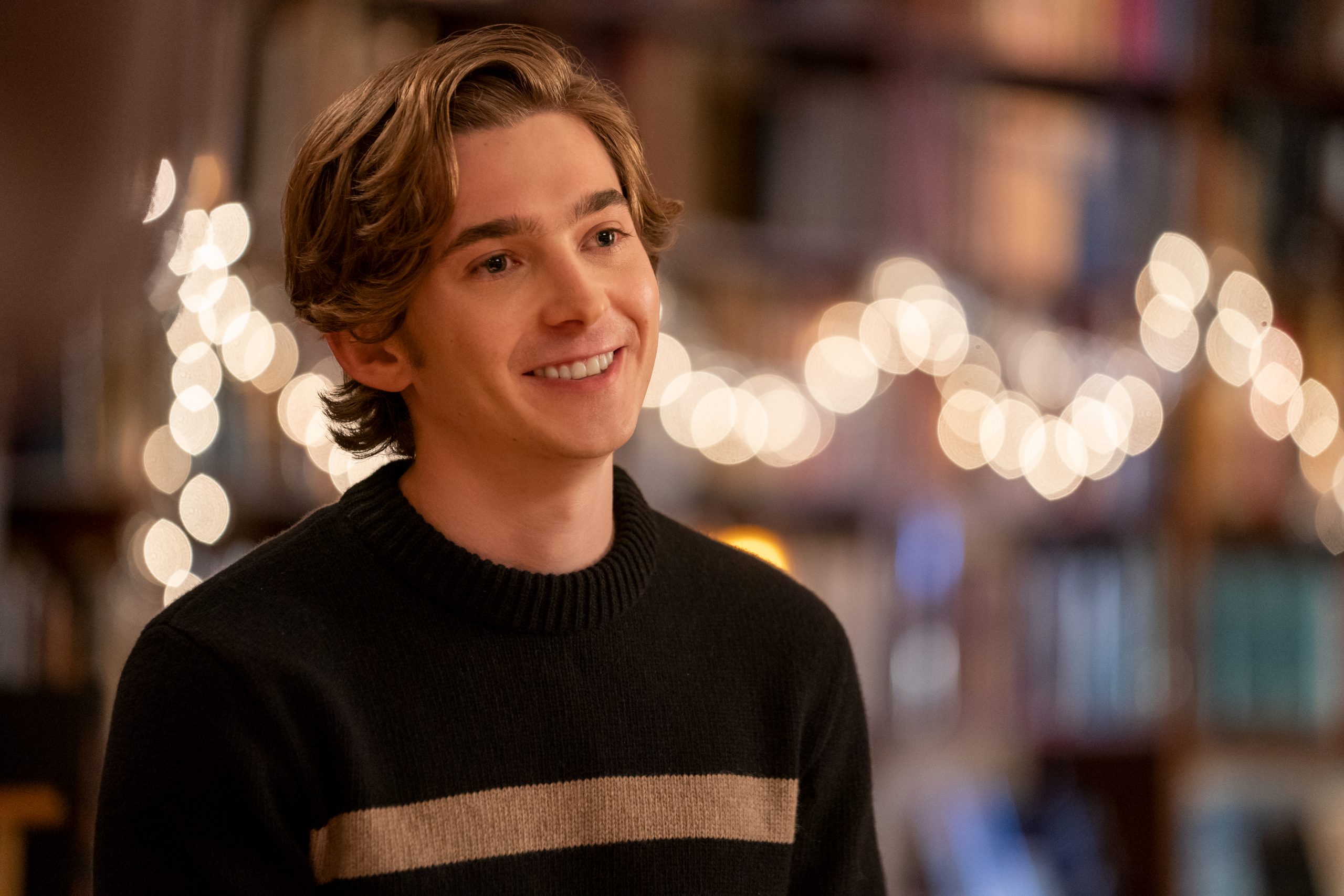 Upon receiving the text, Lily abandons her parents in the cab (on their way to the airport) and goes to meet Dash. The series ends with Dash and Lily making up and confessing their love, just as the clock strikes midnight and the New Year begins. We also see Lily’s brother Langston making up with his boyfriend as well and in a surprising twist, Sofia and Boomer come out of a movie, holding hands.

Dream Girl on a Pedestal

Sofia warns Dash that it is okay to put Lily on a pedestal as the girl of his dreams but only as long as he does not plan to meet her in real life. Her logic that Dash building up Lily in his mind will be the ruin of their relationship when they actually meet is totally sound because Lily is a real person with actual flaws, something Dash has not accounted for in his fantasies. This is exactly what happens – Dash cannot deal with the fact that Lily can make a simple error in judgment when he sees her kissing Edgar. 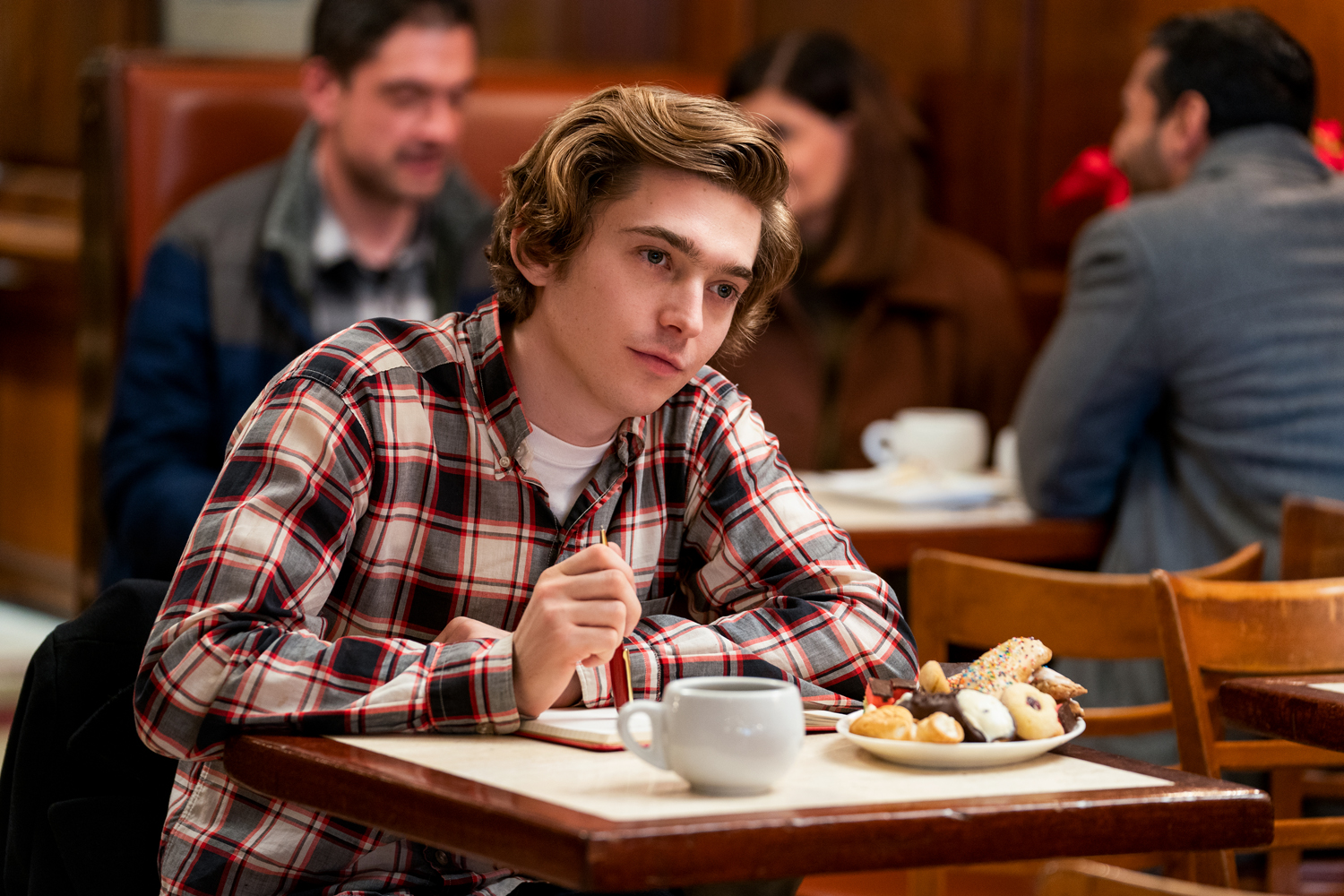 He was late in getting her the notebook, after all, and it seemed only natural for Lily to assume that he’s back together with Sofia, so it’s an acceptable (if immature) reaction for her to kiss Edgar. She is only trying to soothe her imagined heartache, but Dash is unable to see beyond what he clearly considers cheating.

Lily simply assumes that Dash has gotten back together with Sofia because, as per her, who in their right mind would choose Lily over the admittedly sublime-looking Sofia? There is a marked lack of self-esteem and self-worth that this girl is dealing with right here, but she has a solid reason for it. Her self-doubt and lack of self-worth stem from the harrowing childhood experience of being made fun of as a “weirdo.” 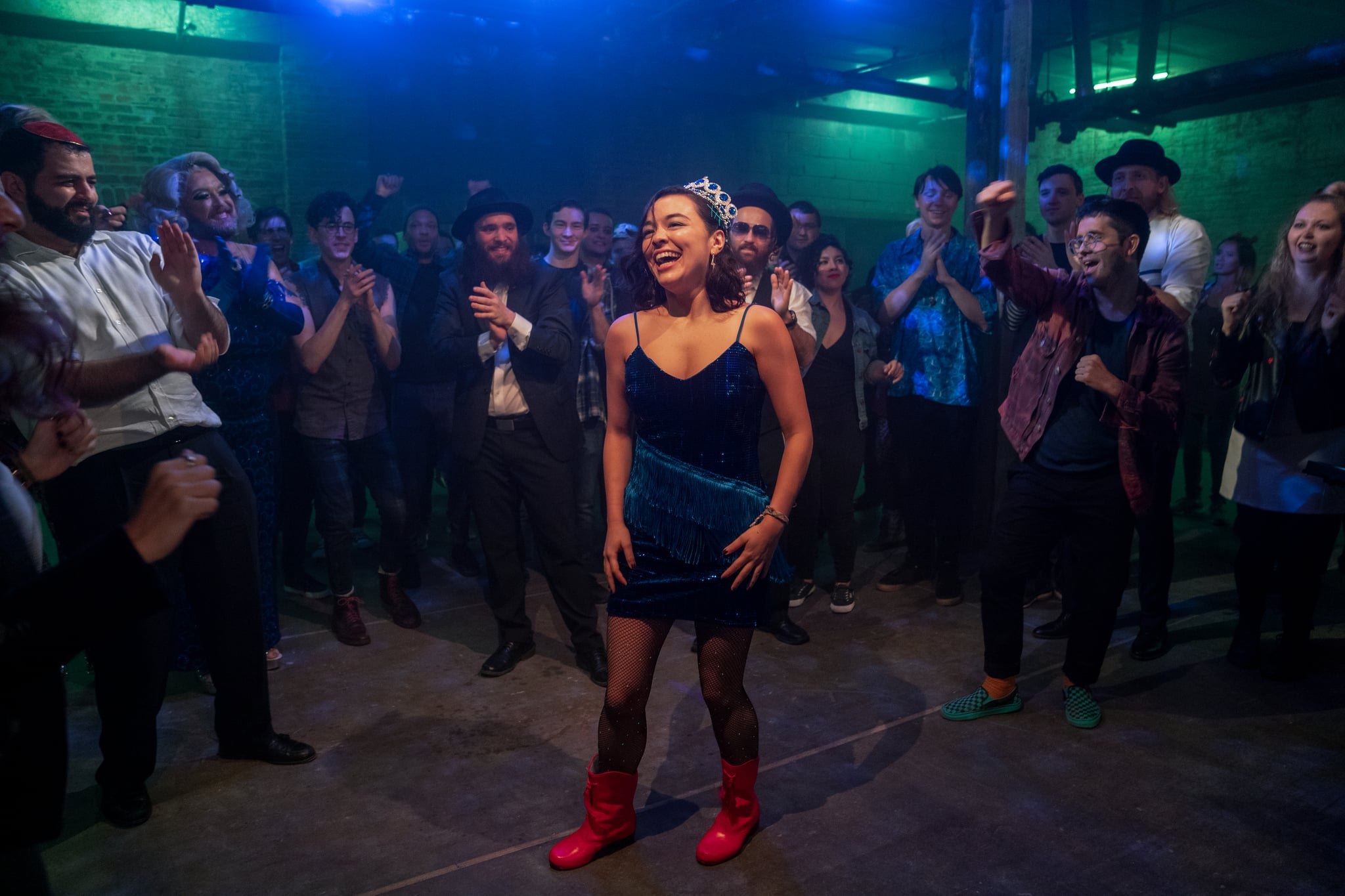 Because her peers didn’t accept her expressive individuality, Lily decides to retreat into her shell and doesn’t think much of herself, even though she is smart, kind, funny, and wonderfully artistic. Her interactions with Dash and completing his challenges do bring her out of her shell and slowly build up fragile confidence in her own strengths. But it takes a hit when Lily realizes that Dash might prefer his ex over her (which he so doesn’t).

The happy endings in this show do not come as a surprise to anyone. Who really believed Lily was going to just move to Fiji without making up with Dash first? The added bonus is the fact that Lily doesn’t have to move to Fiji at all since her aunt manages to convince her grandfather to let Lily stay with him in the city while her parents move away. So not only do Dash and Lily makeup, but they also find out that they don’t have to pursue a long-distance romance.

Also, Langston, finally making up with his boyfriend, is the perfect icing, with the cherry on top being Boomer and Sofia’s shy hand-holding (we did not see that coming). Boy, does everything work out wonderfully in this Christmas-themed delight of a romance! It’s wishful escapism, yes, but who cares.