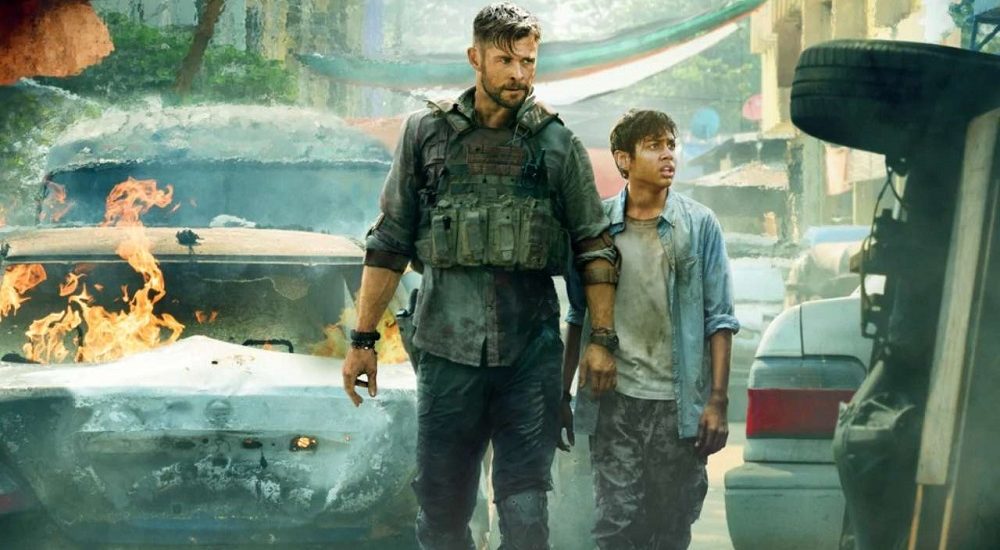 Netflix’s ‘Extraction’ is an action movie, starring Chris Hemsworth, that keeps you on your toes. Directed by Sam Hargrave, it benefits from the director’s experience with death-defying stunts and delivers a thrilling experience to the audience. With one obstacle after another in the path of the protagonist, the story takes several turns. In the end, when it looks like everything has gone quiet, and the dust has settled, the film leaves us with a cliffhanger. If you haven’t seen the movie yet, head over to Netflix. SPOILERS AHEAD

Tyler Rake is a mercenary who is hired to save the son of an Indian gangster from the clutches of a Bangladeshi drug lord. A lot of money is promised in return, but halfway into the job, Rake realizes that something is wrong about the whole plan. Soon, the boy becomes more than just a package he is tasked to deliver. As a result, the stakes rise as well. 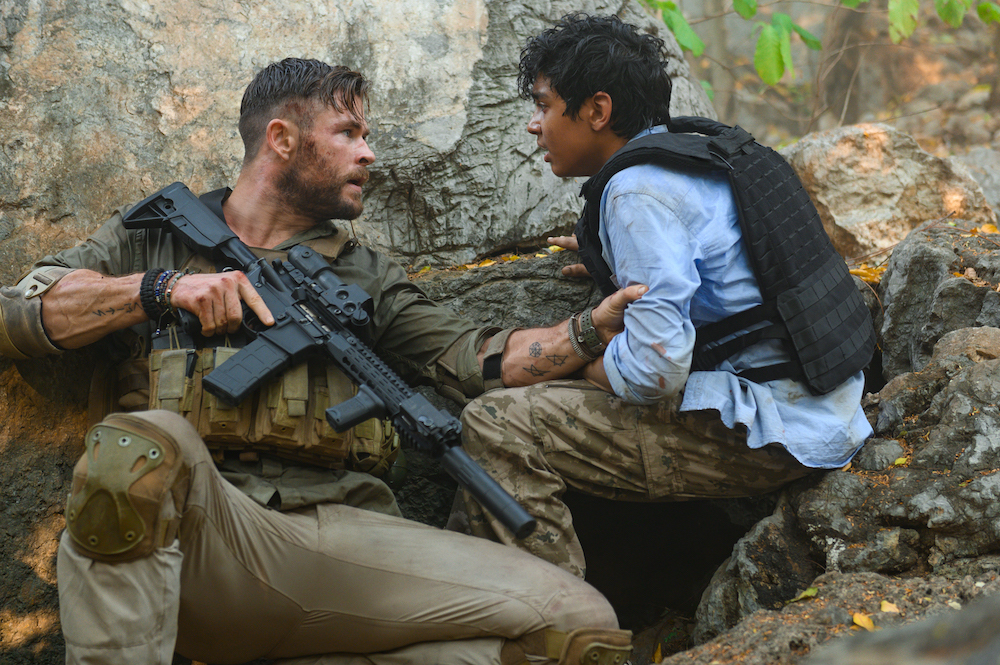 When Tyler realizes that getting out of the city alone will not work out, he looks towards Saju for help. Previously, he had believed that Saju had betrayed Ovi Mahajan Sr and was going to deliver his son to Asif. Later, it comes to light that Saju indeed had the boy’s best interests at heart. He had duped Tyler’s team because he didn’t have enough money to pay the second installment. He planned to get Ovi rescued by Tyler, following which he would kill Tyler and get back Ovi.

With Gaspar out of the picture, Tyler can trust no one else in Dhaka. He calls Saju, and they come up with a plan to get Ovi safely out. The only thing standing between them and freedom is the bridge that connects the city to the world outside the reach of Asif. If they cross that, they will be safe.

Tyler distracts Asif’s goons by opening fire on them. Because they don’t know about Saju yet, they think that Ovi is with him. They focus all their resources on him, and using this opportunity, Saju and Ovi flee in the car. At the bridge, they find traffic-jammed and have to cover the rest of the distance on foot. They use the chaos around them to move unnoticed, but one cop becomes suspicious of them. Following this, Saju is forced to kill him and the other cops.

Meanwhile, Asif had been watching the action from his rooftop. First, he was focused on Tyler, but the sudden disturbance on the bridge catches his attention, and he realizes that they are being played. He sends an additional force to the bridge, and a bloodbath ensues. On the other side of the bridge, Rik arrives with help, but Ovi will have to cross the bridge by himself.

In trying to keep Ovi alive, Saju loses his life. Tyler finds his way to the bridge and, after taking some hits, succeeds in wiping out all the people trying to kill him, with considerable help from Rik. Just when he thinks he has made it, someone shoots him in the back. It turns out to be Farhad, the young gangster-in-making. Succumbing to his wounds, Tyler falls into the river, and Ovi goes back to his life. Or at least, that’s what it looks like. 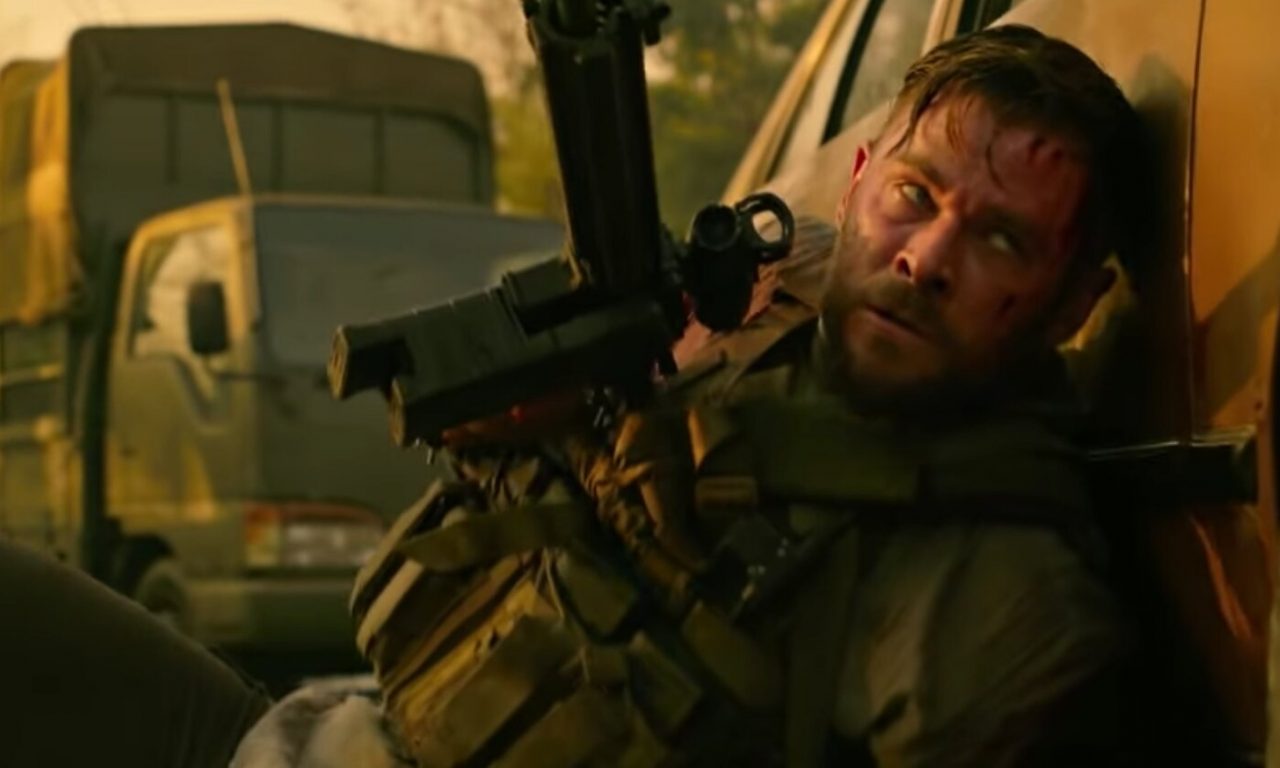 In its final scene, the film wraps up some loose ends while also sparking the possibility for a sequel. After his rescue, we find Ovi back in Mumbai, resuming his school life though with much more disinterest. Woven with this are the sequences in Dhaka. Asif goes back to business, seemingly having accepted his defeat. But out of nowhere comes Rik and shoots him in the head. And then we see Ovi, jumping into the swimming pool just as Tyler had jumped down the cliff at the beginning of the film. When he comes out of the water, we see a figure standing at a distance from the pool, the outline making it look like it’s Tyler.

Is it really him, then? If yes, then how did he survive the fatal wounds on the bridge? One of the most crucial points to be kept in mind while considering a character’s death is their dead body. In the film, while chasing Tyler and Ovi, the goons think that they might have perished in an explosion. But Asif is not convinced because he hasn’t seen their dead bodies. The film keeps in mind to show every character’s death with certainty. Be it Gaspar or Saju or Tyler’s team, everyone’s death is confirmed with the last shots of their faces.

To emphasize this, the film shows Rik killing Asif, and the camera stays with them until Rik is sure that her target is dead and walks away. However, no such thing had happened with Tyler. Being the tough guy that he is, Tyler must have survived his wounds and found a way back. Previously, he was trying to die. He was wrapped in the grief and guilt of his son’s death, and he was looking for ways to get himself killed. However, with Ovi, he finds that connection and purpose once again, which means that his desire to die has been put on hold. He has a reason to live, and it is good enough for him to free himself from the jaws of death.

Also, after Saju’s death, Ovi will need someone to look out for him, especially with his father still in prison. Who better than Tyler for the job?