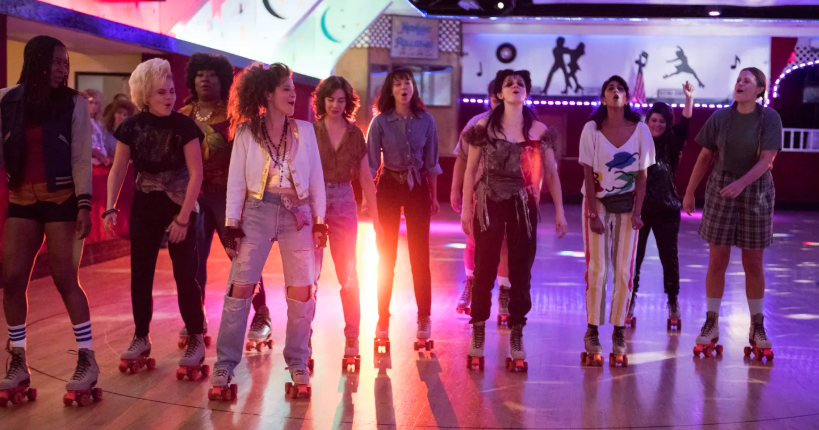 Set in the 1980s, Netflix’s series, ‘GLOW’ is the story of a group of female professional wrestlers. Over the course of 3 seasons, ‘GLOW’ has won 6 awards including 2 Primetime Emmy Awards. Carly Mensch, writer of ‘Orange Is The New Black,’ and Liz Flahive, writer of ‘Homeland’ wanted to create a female-centered series. They came up with the idea after watching a 2012 documentary, ‘GLOW: The Story of the Gorgeous Ladies of Wrestling.’ The series is an attempt to portray women after the Woman’s Liberation Movement of the 1970s.

First released in 2017, ‘GLOW’ is a thoughtful comedy-drama that sheds light on the experiences of women performing for a wrestling organization in LA. The actress from the 2020 horror movie, ‘The Rental,’ Alison Brie is starred as Ruth Wilder, a jobless actress who finds an unusual way to fame. Ruth joins 12 other Holywood actresses who are introduced to the women’s wrestling world. All the ladies are led by Marc Maron, playing the role of Sam Sylvia, a misfit director of “B” movies.

Where is GLOW Filmed?

Ruth & Russell aka Director & Writer enjoying our work on set! It was an absolute pleasure to collaborate with @victorquinaz – writer of episode 307 (and also my boyfriend on the show if you’re paying attention!) We’re a real dream team on & off screen. 💖 #ruth&russell #glownetflix

‘GLOW’ is set in the 1980s’ Los Angeles, so, both sets and locations in the scenes clearly bring back 80s’ vibe. The humorous tales of Ruth Wilder (starring Alison Brie), Debbie Eagan (starring Betty Gilpin), Cherry Bang (starring Sydelle Noel) and Carmen Wade (starring Britney Young) aren’t the only specialty of this series. Due to the efforts of the creative team, the city is showcased perfectly. Therefore, the recreation of LA is equally commendable. 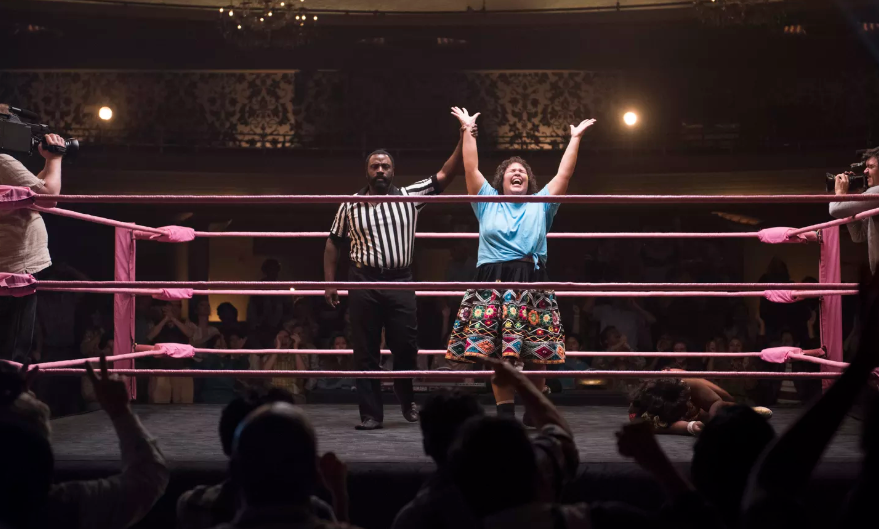 The series is mainly filmed in different parts of California. Moonlight Rollerway is a roller rink where Sheila’s birthday is celebrated in Season 1. Thanks to the great condition of the rink, the production designer didn’t have to make any major changes. The place was ready for the shoot as soon as the crew replaced some games, signboards, and all that was not suitable for 80’s style with some time-based items.

The location in the first episode of Season 2 is a shopping center that recalls the increasing mall culture in the area. The production team selected one of the last malls standing in LA, Westside Pavilion. The mall is currently in the process of transforming into office spaces. The team found the place before it was modernized for the new environment. Still, a lot had to be done to make the mall ready for the shoot. They created a different food court and redid 10 plus stores to bring the 80s back. The famous brands of the time were added to give the real feel. 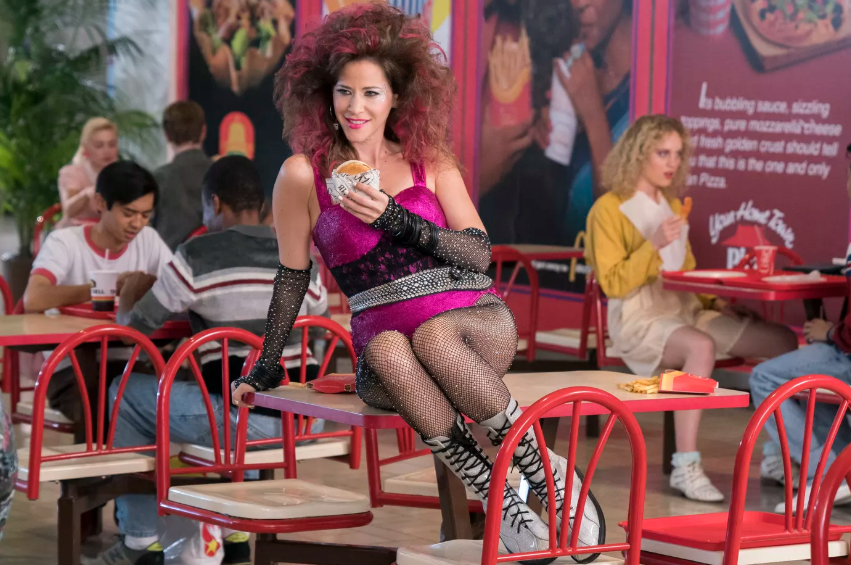 The main location of Season 3, is Fan-Tan Hotel and Casino which is again not a real place. The sets were inspired by the famous Las Vegas Riviera Casino where several movies were filmed before it was closed in 2016. The hotel scenes were shot in the studio.

‘GLOW’ ladies live in a low-budget motel. The location is 1946 built, The Pink Motel. It is a popular location that’s mainly used for filming purposes. As the motel is not a functioning place, the crew easily got it for filming. However, the team again had to recreate a lot. The changes were made because The Pink Motel is used as a set in several movies, the most recent one being Nicolas Winding Refn’s, ‘Drive’ starring Rayn Gosling and Carey Mulligan. So, they changed the paint, made it look older, and brought-in a few cars. A 50s restaurant on the same property was also included in the scenes. It recurs in Season 2 as a burger joint.

Less than ten miles north of the Pink Motel, there’s San Fernando Masonic Lodge. The outdoor scenes, when Ruth and her partners prepare, were shot here. It is shown as the outer side of Chavo’s Boxing Gym.

The Hayworth Hotel in the series is not an actual place. However, the ballroom scenes were, in reality, filmed in a dance hall named Hollywood Palladium. During season 1, the scene where Ruth’s purse and taco are stolen at Van Nuys is a Mexican restaurant, EL Big Taco that’s not active anymore.

Bash’s house that can be seen in both season 1 and 2 was found after a lot of hassle. The house is named Circles on the Point Mansion. It is located on the top of Point Dume in Malibu which gives the exact idea of the iconic age.

Behind the scenes: Directing my Debbie 🥰🥰🥰🥰🥰🥰🥰 #episode307 #glownetflix

The Gentlemen’s Club, San Fernando is depicted as a strip club where dancer, Yolanda walks in the scene of the second season. The location was not too far from the production office. Also, very few changes had to be made before the club was ready. In one of the most interesting episodes of Season 2, the characters are seen in a Hospital. This was filmed at the Lanterman Developmental Center. During Season 2, the production team also recreated an ’80s gay bar within the studio based on their own experiences of the long-gone era.

Read More: Is GLOW Based on a True Story?