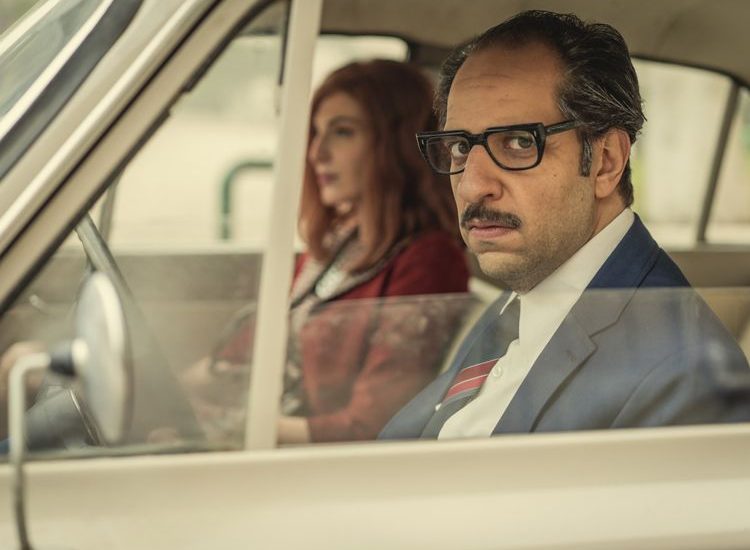 ‘Paranormal’ is Netflix’s first Egyptian production, and it is one show that should be on everybody’s lists. Ahmed Amin, Reem Abd El Kader, Samma Ibrahim, Razane Jammal, Aya Samaha, Rushdi Al Shami, and Adam Wahdan, all deliver powerful performances in this supernatural narrative. Based on the popular literary series titled ‘Ma Waraa Al Tabiaa’ by Ahmed Khaled Tawfik, ‘Paranormal’ follows a doctor as his perceptions about the metaphysical world are consistently challenged. If you have some questions about the ending, then you’re in the right place. SPOILERS AHEAD!

Dr. Refaat Ismail is a hematologist who holds his staunch scientific background close to his heart. For this reason, he absolutely refuses to believe in ghosts and the supernatural. One night, at a dinner party at his sister’s place, a conversation about his first love takes place. Back in the day, he was smitten by a girl named Shiraz, but eventually, the group realized that she was a ghost.

The doctor had not seen her spirit since the incident in his childhood when she coaxed him to jump off the roof. But it turns out that his nephew, Taha, is being visited by her. Ever since that night, strange things happen that make him question his stance about everything paranormal. Entwined in this mess is not just his family, but also Huwaida, his fiancé, and Maggie, the girl he has loved since college.

Refaat sees Medhat, Elham, and Raeefa die with his very own eyes by different methods. He then sees a noose and almost kills himself, but Maggie intervenes at the right moment. She shows him that there are no bodies in the vicinity and that he was hallucinating their deaths. He also realizes that Shiraz is not a vindictive spirit; she has been trying to help him all this time. 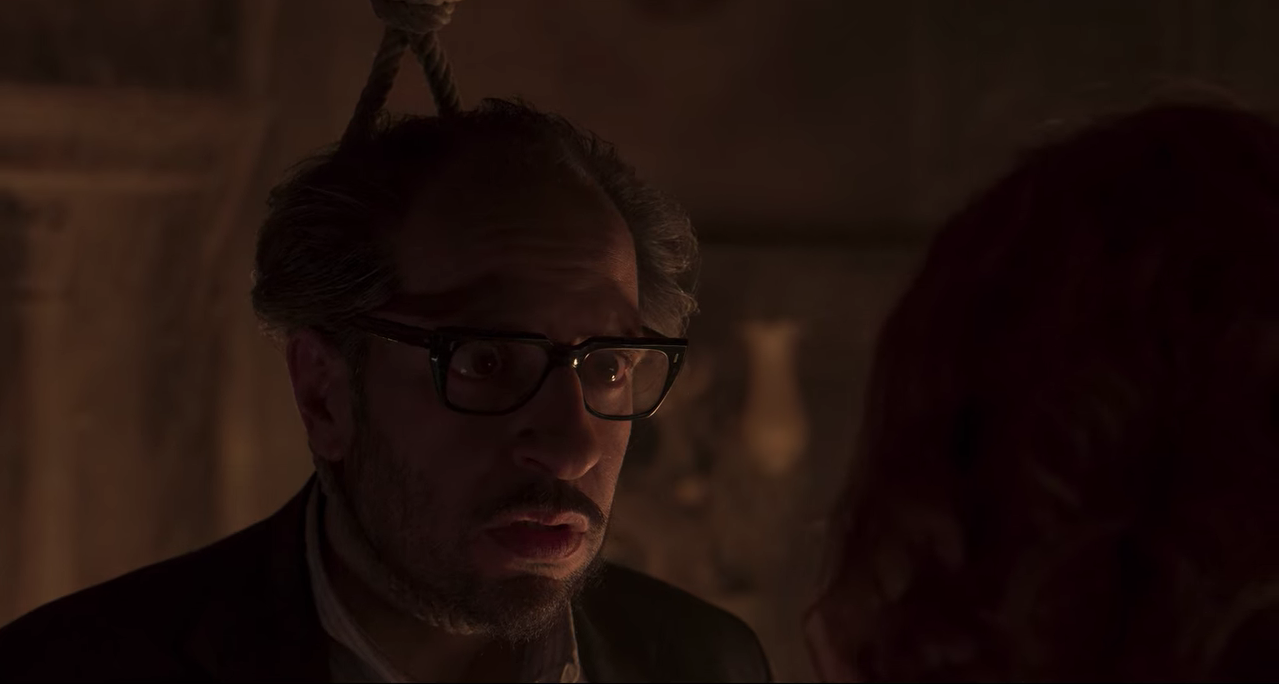 Just then, Shiraz’s spirit enters Maggie and tells the hematologist that his mind is the key. He asks her who is behind all these supernatural phenomena, and she points the finger at the devil himself: Lucifer. She affirms that she has only been protecting Refaat all this time and that she has nothing to do with the evil misdeeds that transpired. She declares that she will love him forever, but the cost of talking to him means that she will cease to exist henceforth.

Refaat and Maggie exit the mansion to see Medhat, Elham, Raeefa, and Huwaida pulling into the driveway. Before leaving, the two of them also bury Shiraz’s body. Then, Maggie heads for the airport after telling the doctor that she does not want to guess what’s on his mind anymore, and if he should choose to speak up, then Scotland is not far away. Refaat also goes to meet Huwaida and apologizes for everything he has put her through. She is very understanding and tells him that she is not the girl for him before returning the engagement ring.

When Raeefa and the children come to visit Refaat, Taha joyfully tells his uncle that Shiraz is no longer visible to him. For obvious reasons, the doctor is still thinking of Lucifer and what the devil could want from his mind. Just then, he notices a letter from Louis, his colleague. He opens it up to find a very cryptic message and a tarot card that features the devil. It is revealed that Louis was Lucifer all along, and by the climax, Refaat has become a believer in the paranormal world. 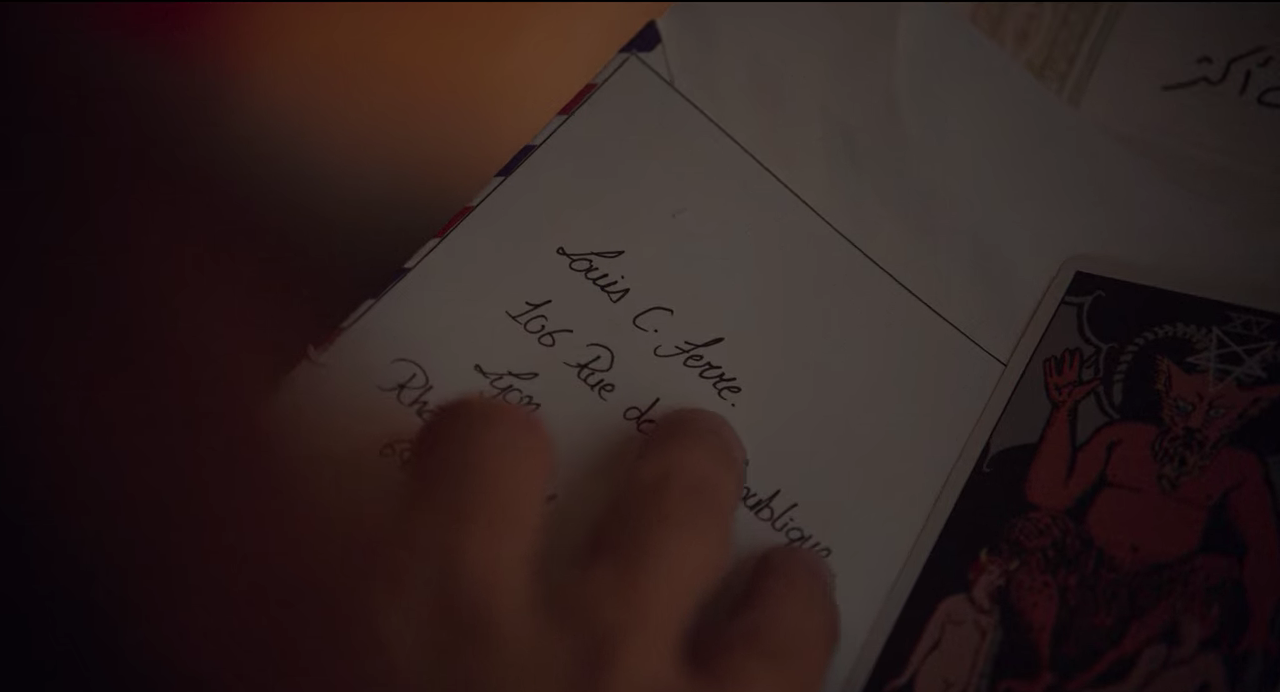 The Maze is Refaat’s Mind

In the very heartfelt conversation that Refaat and Shiraz have back at the mansion, she tells him that Lucifer is the man who is responsible for the chaos in his life. Keep in mind that the doctor is the kind of person that has discredited many supernatural phenomena simply because he believes that there is a scientific explanation for everything. Shiraz also says, “The maze is your mind.” After Lucifer’s real identity is revealed, things start to fall into place.

Firstly, Louis often sends the doctor various mazes in letters, which are referred to as “games” in the end. When Huwaida is in the hospital and Refaat travels to Libya to find the fabled flower that could heal her, Maggie and the colleague also accompany him. They indulge in a tarot reading out in the desert, but as is expected, the protagonist is still skeptical. (The constant referencing to Murphy’s laws and Refaat’s laws are a great tool to explain exactly how scientifically inclined he is).

Refaat is insistent on it being a psychological trick. He cannot fathom that a set of cards can reveal and predict intimate details about a person’s life. Louis even explains that while electrons are not visible to the naked eye, their effects are felt everywhere. Therefore, one should not just sideline something that they cannot see. In this conversation, it also seems as though the colleague is a bit put off by Refaat’s unwillingness to broaden his horizons. (Could it be that this interaction made Lucifer want to wreak more havoc in the doctor’s life?) 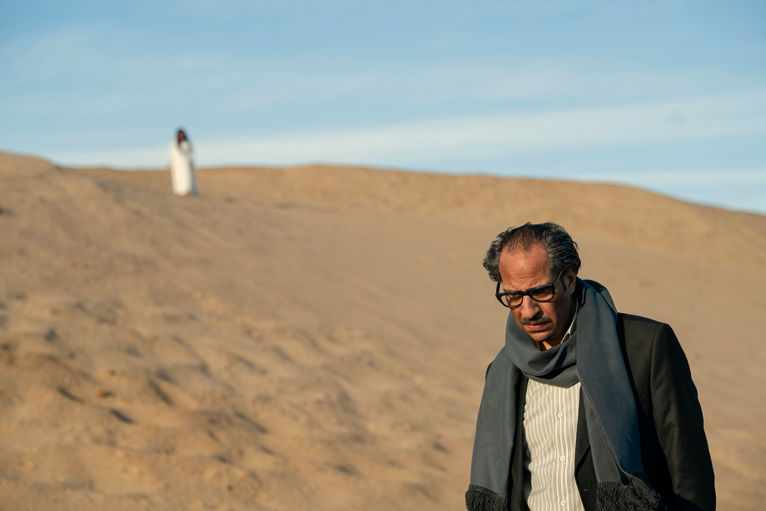 Even though the devil has ample opportunities over the course of the series to kill Refaat, he refrains. We only find out in the end that it is because of the doctor’s mind. But what is so special about him that even Lucifer chooses to spare him? Unfortunately, we were not able to find the answer despite scouring the internet. But the maze is Refaat’s mind, and that is the one clue we are given. The series has definitely set itself up for a sequel with this cliffhanger, and as for what mysteries lie ahead, we do not know.

However, the science of sleep and dreams are often discussed in the latter half of ‘Paranormal.’ We even see Refaat becoming depressed and anxious because the incubus visits him in his nightmares. So he consults another colleague and starts noting down his thoughts, actions, dreams, and everything in between in a diary. In an attempt to superfluously lucid dream, Refaat tries everything that he can. We think that the hematologist is the man who can crack the code of the subconscious, and it is for this reason that Lucifer is sparing his mind.

What does the subconscious have to do with the paranormal world? Before we discuss that, let’s just talk about the significance of our psychology. Those actions that we don’t actively have to think about are what constitute our subconscious mind. For example, once you become used to riding a bike or driving a car, it becomes a force of habit. You aren’t devoting a lot of brain space to process such information anymore.

A few decades ago, Ulric Neisser, a prominent psychologist, carried out an experiment that basically showed how people tend to not notice other details while they are focusing on one particular piece of information. Studies have highlighted how selectively the brain chooses to process certain data, which means that we don’t even realize if and when we miss out on something. Now, this could just be what Lucifer wants to take advantage of. 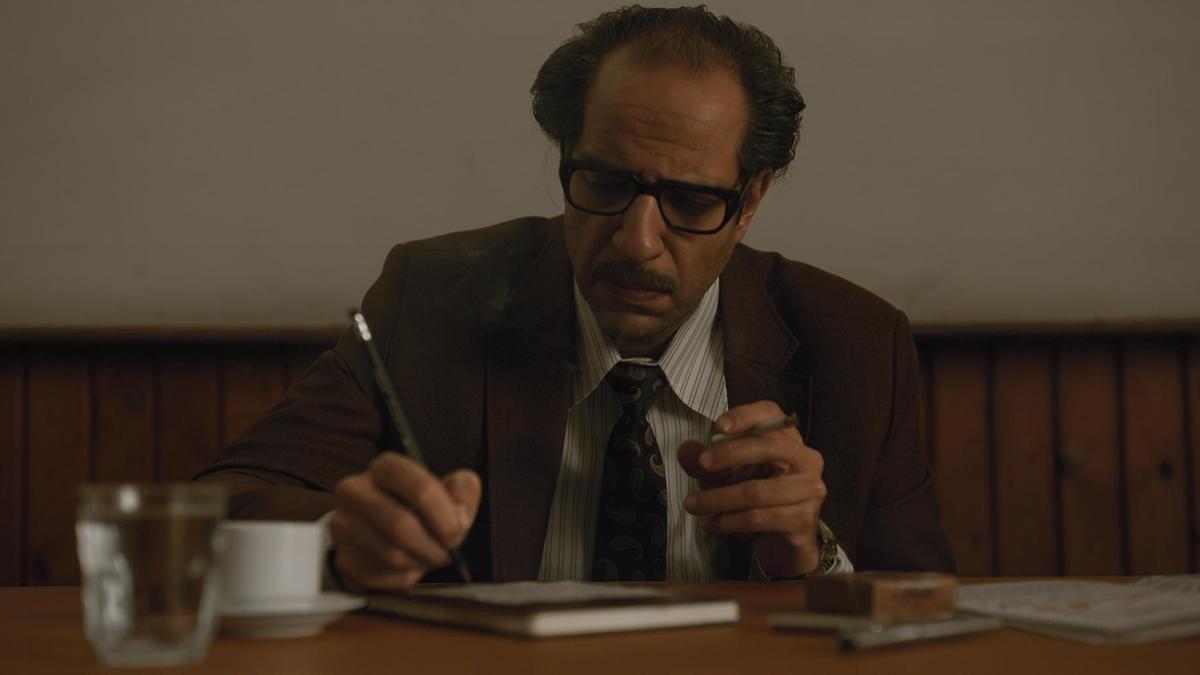 Even though there are ample skeptics of the paranormal world out there, if Lucifer could control peoples’ subconscious, he would become (one of) the most powerful entities in our world. According to the Bible, Lucifer was once one of the good guys before he fell from heaven. Maybe he just wants to belong to the regular world again? We’re not too sure just yet, but the possibilities are endless, especially when you’re talking about the devil. Who knows what tricks he has up his sleeve?