Netflix’s love affair with Central European TV fares continues with the Polish crime-drama ‘Signs’ (Znaki). Created by Przemysław Hoffmann and Błażej Przygodzki for AXN, the show depicts a picturesque and sleepy town in the Owl Mountains where the idle and mundane lives of people are disrupted following a series of murders. Since its original release in October 2018, the show has gained a large international audience, with often comparisons drawn between it and ‘The Woods’, a more popular crime-drama series from the same country. With a show like ‘Signs’ that has a multitude of subplots and characters with dubious morality, we understand that it can be hard to keep track of everything, but that is why we are here. SPOILERS AHEAD. 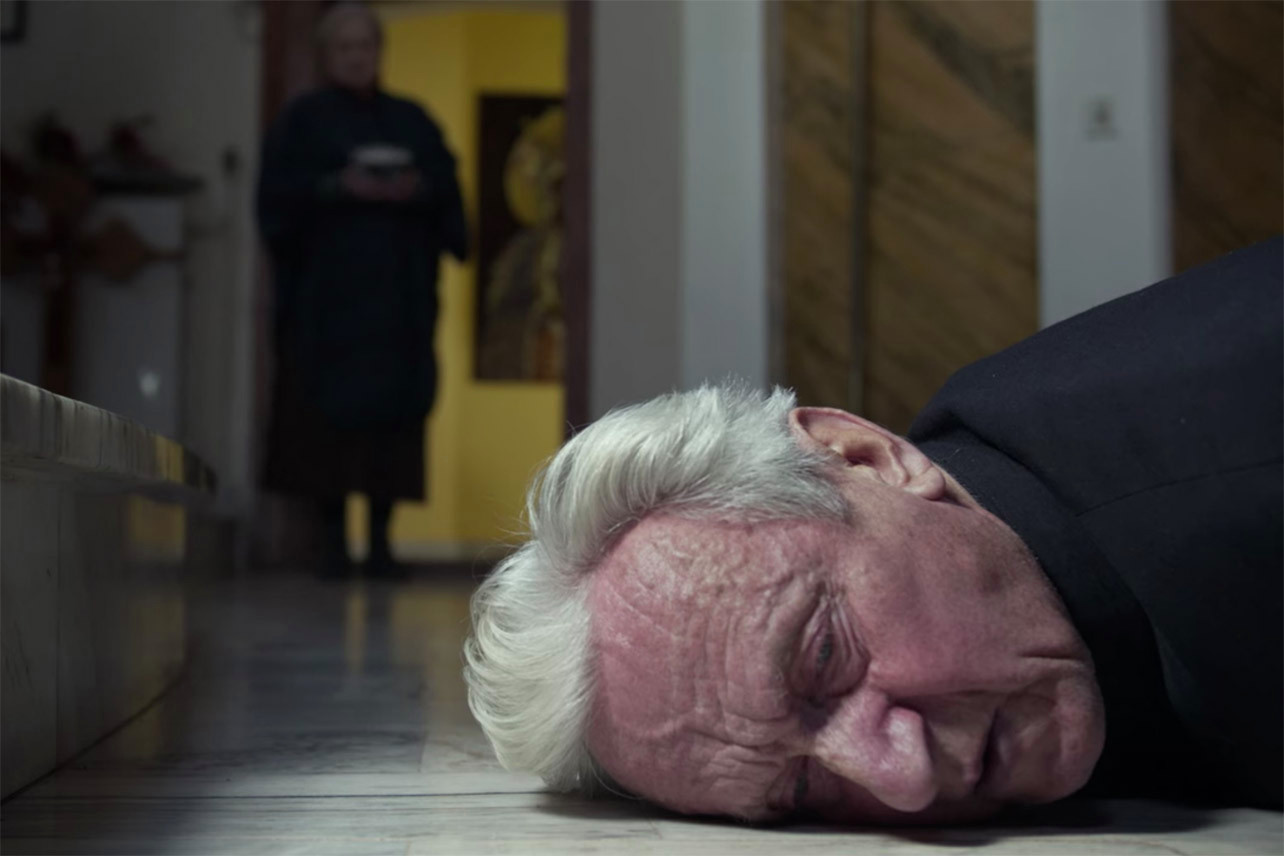 The show opens with the murder of Laura Bławatska, 10 years before when the main story takes place. Cut to the present day, and we are introduced to Commissioner Michał Trela (Andrzej Konopka), a recovering alcoholic and single father who has moved to the town of Sowie Doly with his daughter Nina (Magdalena Żak) to take charge of the town’s police department, after the previous chief, Jan Dzikowski (Zbigniew Stryj), gets removed because of his failure to catch Laura’s murderer. The Trelas are lodging with Adrianna/Ada and Błażej Nieradka (Helena Sujecka and Michał Czernecki). Ada works with Trela and used to be the protégé of the previous chief. Like every other officer in the department, she is having trouble adapting to this sudden change in command.

In the first few scenes of the series, the showrunners quickly establish Ada and Błażej’s relationship as an ideal example of two young people in love. He is funny and resourceful; she is quiet and passionate. However, it is taken apart with equal dexterity as we are shown, through Trela, that Błażej is having an affair with Patrycja, Ada’s childhood friend. It is Patrycja’s murder, done in the same manner as Laura’s, that sets up the plot for the season.

Błażej is one of the first suspects for the murder, with Trela believing that he accidentally ran over Patrycja with his car and later tried to pass it off as hitting a deer. Although he is later freed, Błażej’s mental health rapidly deteriorates as he contemplates suicide and willingly gets beaten up by Patrycja’s drunk husband, Paweł. It is in these moments of profound vulnerability and self-destruction that Ada finds in him the man she fell in love with. They seem to reconcile in the final episode, but the future of their relationship is intentionally left ambiguous. 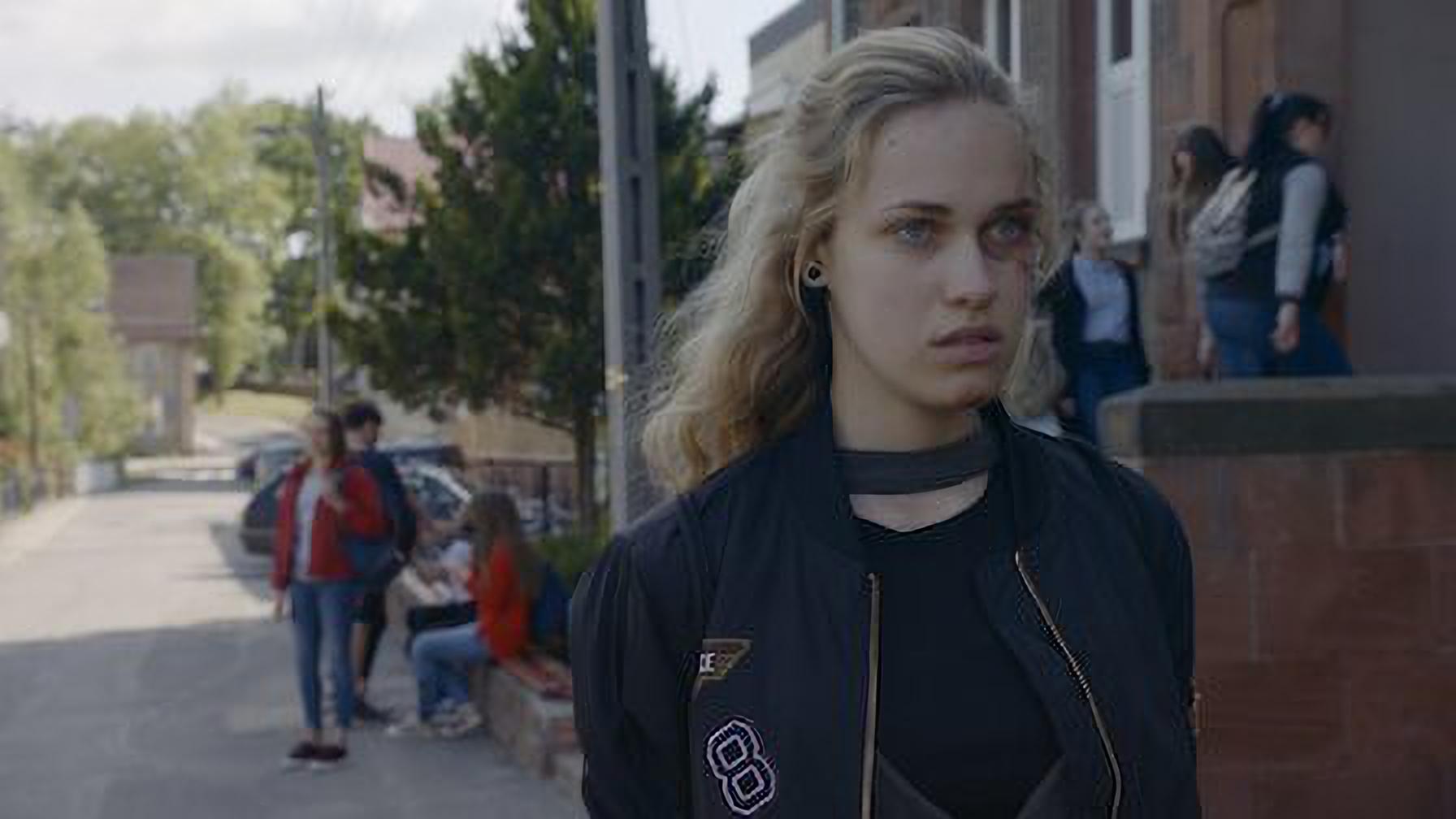 At her school, Nina becomes fast friends with Agata, the daughter of the Mayor Antoni Paszke (Mirosław Kropielnicki). She subsequently meets her boyfriend Radek. From the very beginning, we are given to understand that Agata and Radek’s relationship is quite volatile. It culminates after a fight between Agata and another girl named Martyna. After Agata badly beats up Martyna and puts her in a hospital, the latter successfully seduces Radek to take revenge on the former.

Despite his displays of occasional foolishness, Radek is intelligent and self-assured. With the help of his father, he sieves through the dirt from the Quarry run by the Mayor and the businessman Targosz to find various valuable items, including particular Nazi schematics about a Wunderwaffe.

Not long after their time together, Martyna’s body is found floating in a lake. Agata tries to frame Radek, and he is arrested by Trela. But with the arrival of Inspector Janina, who puts Trela on a leave and takes over the case, Radek is freed. But it is his overconfidence that leads to his fall. After discovering that schematics are missing, he accuses Trela of stealing it and cracks the case wide open for the police chief.
Nina, who had her reservations about coming to Sowie Doly, starts to discover that she likes it there, especially because of her developing feelings for Agata. The showrunners are uncharacteristically gentle with the young girl as she wades through a plethora of emotions in her mind. It still ends quite cruelly though for her, as the rejection that Agata gives her is short and blunt. 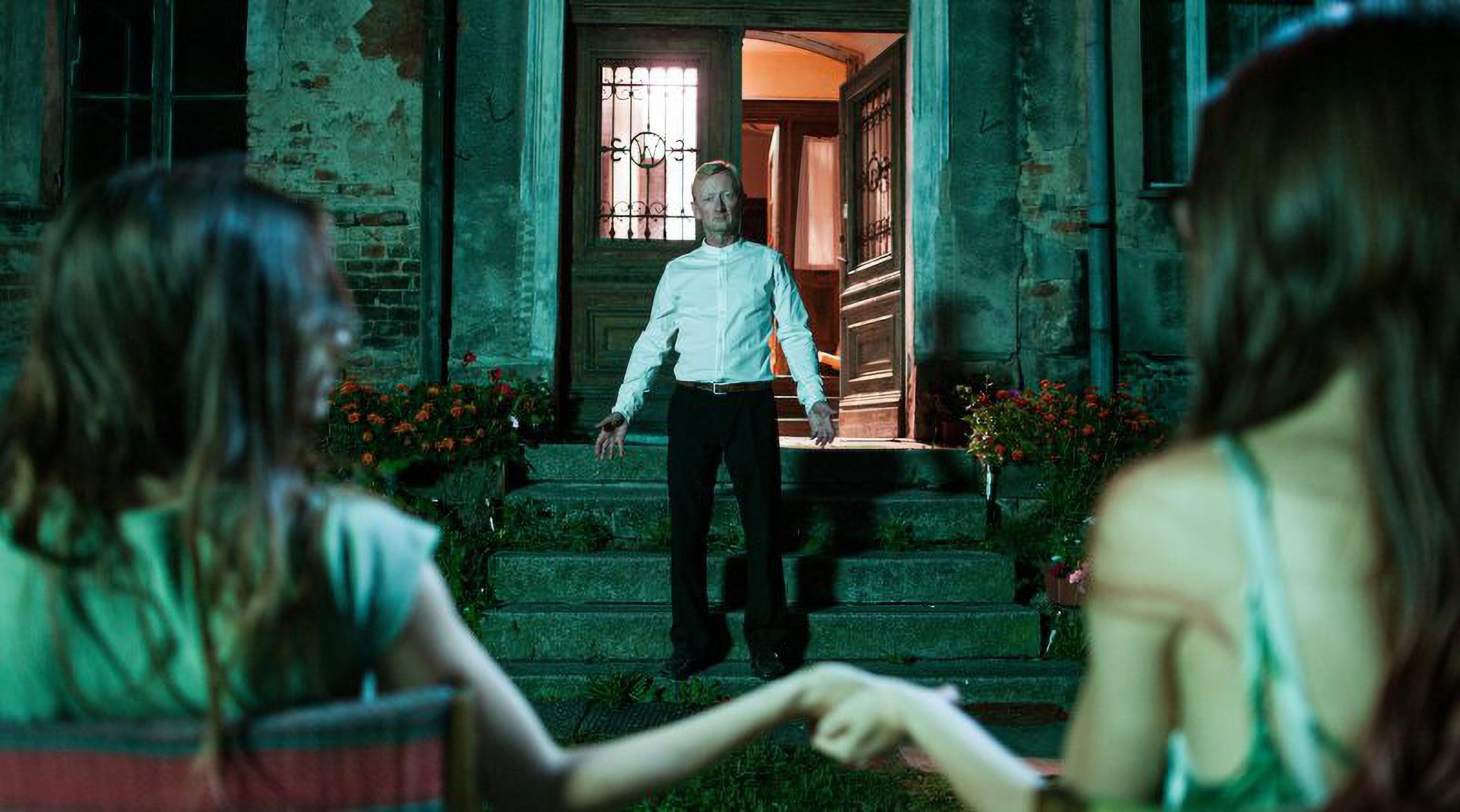 Religion is a heavily used theme in ‘Signs’. The town is predominantly Catholic and has recently lost its priest. There is a parallel between the arrival of the new priest Roman Śmigielski (Rafał Cieszyński) and the arrival of Trela. While they are yet to meet in person, they are both on similar missions, to get justice for those innocent girls, though Roman’s methods are more spiritual in nature. In the short time he is on the screen, he establishes himself as an incredibly fascinating character. He is the one who first notices the addition of two other penitence crosses beside the original one, indicating the two murders that have been recently committed.

We are introduced to Marek Zieleniewicz vel Jonasz (Andrzej Mastalerz) in the pilot episode itself. Charming and manipulative, he has set up an alternative church that serves as the home for many young people who have nowhere else go. Among them is Robert, Mayor Paszke’s son. He has been there since he has returned from prison. The church is also where Dorota resides. Dorota physically looks like a young woman but mentally she is only six years old. On the night of Patrycja’s murder, she is found by Jonasz wearing a bloodied shirt, which he promptly buries. Robert notices this and later tells his father, much to the shock of the older man.

Trela sees right through all of Jonasz’s trickeries, from his scams on old people to spiking the “Holy Water” with ecstasy and later raids the church in search of Robert. This antagonistic relationship remains throughout the season, but Trela never really finds out the other man’s ultimate motive, which revolves around the same Nazi schematics that Radek found.

The Quarry is where Paszke and Targosz’s dream project is being built, which is comprised of a public swimming pool and a hotel. However, their plans to use explosives in the mines are often disrupted by Laura’s mother, Zofia, who believes that hundreds of Jewish people were killed in the concentration camp there.

Zofia is one of the most fanatic adherents to what Jonasz preaches. She gets visions, caused by his ecstasy-laced water. Her enmity with Paszke, as we later discover, is extremely personal in nature. After she kidnaps him on gunpoint and forces him to drink the “Holy Water”, it is implied that they had an affair when they were younger. Heavily drugged, Paszke drives to the Quarry and goes into the mine. Inside, he hallucinates a man in a concentration-camp uniform when a part of the tunnel falls on him.

We also discover that Patrycja was blackmailing Targosz, who was forced to give her 75,000, which she initially wanted to use for eloping with Błażej and her daughter. When Błażej refused, she tried and failed to entice him with the money. She never really understood Błażej. For him, what they had was an inconsequential fling. He was still genuinely in love with Ada. That money changes hands a few times before finding its way to Agata, who uses a portion of it to frame Radek.

In the final episode, several big reveals are made. The former police chief Jan Dzikowski emerges as Laura’s killer, though the latter two are done by a copycat, likely by Krzysztof Sobczyk (Piotr Trojan), a police officer who works with Trela and Ada and seems to have kidnapped Nina in the final episode. There is a confrontation between Trela and Dzikowski, in which Trela informs the other man that he wrongly killed Laura for the death of his son, when it was Robert who was actually responsible for it, leading to Dzikowski shooting himself.

Among the hundreds of subplots that still remain unsolved is the contrast of reasons between the two killers. For Dzikowski, it was pure rage and a need to have revenge. The new murders, on the other hand, have a religious undertone. From erecting the penitence crosses to the confession to Roman, the new killer is driven by an obscene sense of religious justice that he wants to impart on the women he considers impure. It makes sense if it’s Sobczyk, considering how happy he becomes when he overhears Nina speaking about someone she likes and believing it is him. He then sees her with Agata, and his vision of Nina as the perfect girl comes crashing down.

With Dorota, it’s a bit more complex. We are shown she is quite capable of violence. She is the one who suffocates Patrycja after finding her in the woods. In one last twisted reveal of the season, we find out through Nina that she is Sobczyk’s accomplice.

Read More: Where is Signs Filmed?