Who hasn’t, at least once in their lifetime, wished that they could travel back in time and fix things that went wrong? That’s probably the reason why pretty much everyone is so obsessed with films that delve into the intricacies of time travel. And, of course, blend this with a tinge of romance and you’ve got yourself a fan-favorite fantasy that will not be forgotten for a long time. However, as intriguing as it may seem to both viewers and filmmakers, with paradoxes aplenty, time travel movies and shows can often get really complex.

Pretty much like every other show of its genre, even ‘Twice Upon A Time‘, with its uneven timeline, can often get a little confusing. So if you had a hard time wrapping your head around certain notions that were presented in the series, this explainer will help you get a better understanding of them. SPOILERS AHEAD!

The action starts off with the introduction of Vincent’s character. He indulges heavily in partying, casual hookups and pretty much everything that makes his self-destructive lifestyle pretty evident. Reeling from a crushing breakup, Vincent lives in the regret of his past. That’s when, one day, he accidentally receives a mysterious wooden cube. Upon realizing that the cube does not have a base, he slides right in, and to his surprise, he comes right out from the other side of it. He makes his way to the kitchen and finds his ex-girlfriend, Louise, there. This is when he realizes that the cube has given him the opportunity to redeem his lost love.

In the events that follow, instead of just staying in the past with Lousie, he keeps drifting back and forth between his past and present. He does this to somehow balance the time that he spends with her in the past with the time that has to spend with his son in the present. However, as he tries to save his relationship with Louise, all of the actions of his past create a ripple effect on his present and lead to drastic consequences. With this, Louise ends up dying after suffering from a serious brain hemorrhage in Vincent’s present timeline. 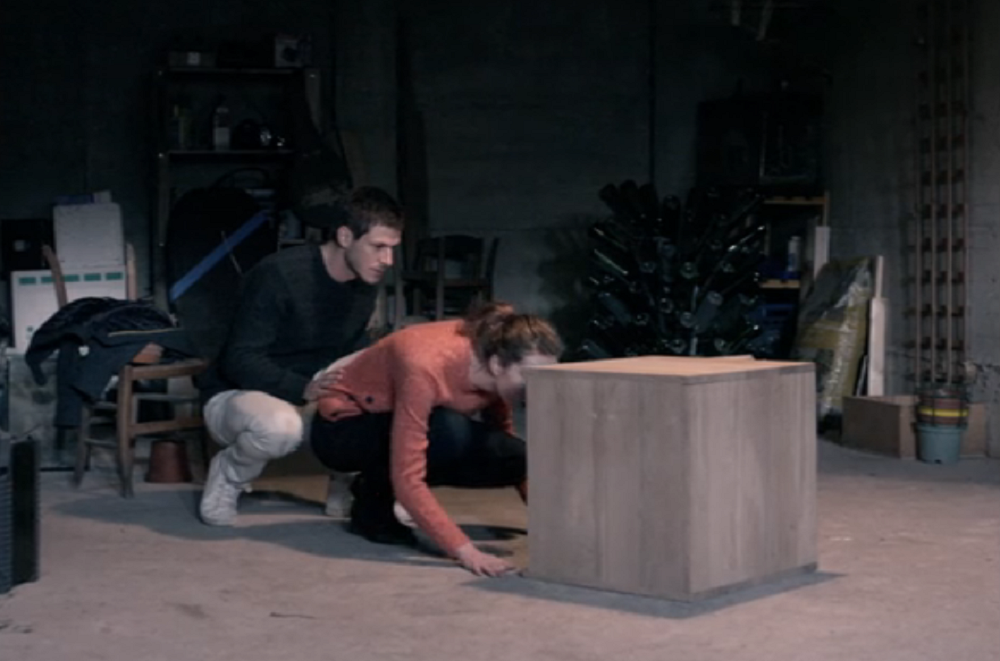 In the last episode, Vincent, with the help of Clement, decides to transform the course of fate for the last time and travels to his past through the cube again. However, this time around, he goes back after an entire week and this really pisses off Louise. After spending enough time with her, he somehow convinces her to give the cube a try. With this, Louise, though a little reluctant about it, passes through the cube in order to travel from her past to the future ( which is Vincent’s present timeline).

Vincent follows her and as soon as he reaches the other side of the cube, he starts looking for Louise. However, to his surprise, Louise seems to be nowhere around him. Convinced that she was not able to get through, he passes the cube again and reaches the past to find her unconscious on the floor. Louise later tells him that she recalls no events of whatever that had happened and Vincent does not force her to give it another shot.

Now the reason why Louise is not able to travel to her future is probably that she’s already dead in that timeline. In simple words, no matter what Vincent tries to do, he cannot alter her fate. And, of course, if she time travels to the future, she will not exist in the past, which paradoxically implies that she cannot exist in the future as well. So this probably implies that, in order to avoid one very obvious paradox, one can only time travel to the past using the cube.

The Ending: “Let the Past Think it Won” 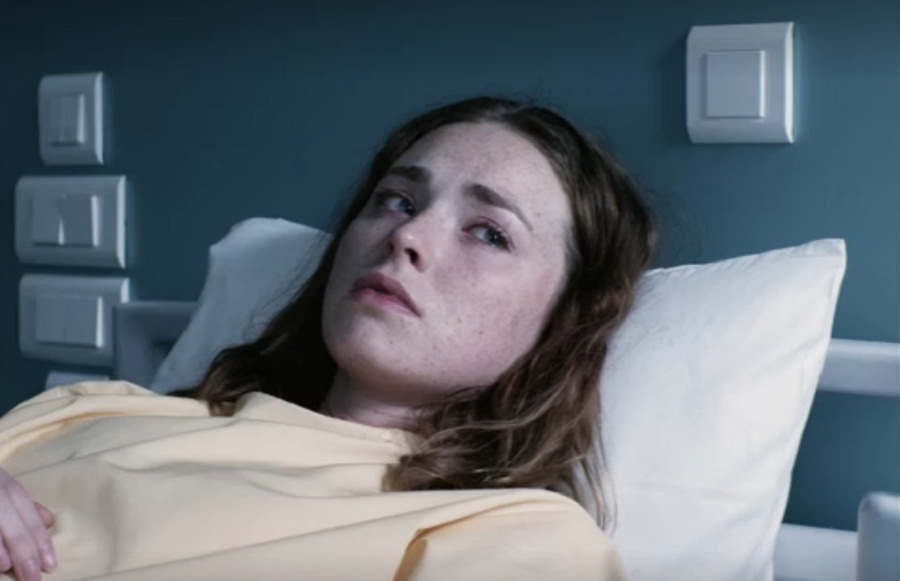 In the last episode, Vincent’s brother tells him that he should “let time think that it has won.” At this moment, Vincent seems to just brush it off as he has no idea what he’s talking about. However, much later, on the other side of the cube, his relationship with Louise starts to crumble again and he realizes that no matter what he does to make her stay, they are not meant to be together. This is when his brother’s words hit him and he realizes that every time he “challenges” time by making changes in it, he screws things up even more. So he finally decides to “let time believe that it has won” by calling it off with Louise and moving on with his life.

But before he breaks up with her, he convinces her to stay at the hospital to get all the necessary tests done. This way, she even ends up avoiding a brain hemorrhage. With the satisfaction that she is still alive, Vincent learns to live his life without her. Meanwhile, even Lousie moves on and shifts to a different city for higher studies.

However, in the last few moments of the series, Vincent gets to know that Louise got hit by a truck, and yet again, her fate caught up with her. He realizes that he can outrun one’s destiny, but still vows to save Louise for the rest of his life if he has to. The ending is basically a representation of how much he loves her. To him, it does not really matter if she’s with him or not and just knowing that she’s alive is enough. He accepts that their fates do not align with each other’s, but he still finds it hard to believe that Louise is not destined to live as long as him.

Twice Upon a Time Season 2: What to Expect? 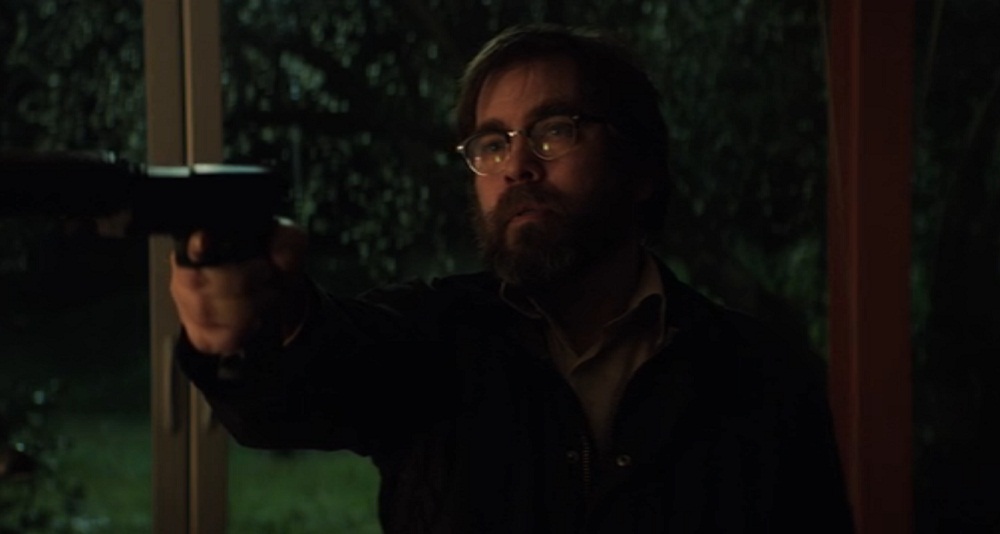 There is also a parallel storyline that unfolds throughout the runtime of the series. This storyline mildly foreshadows the origin of the cube by portraying two men who are desperately looking for it. In the last scene, the two men are finally able to track down Vincent’s home and they ask him where the cube is. When he tries to act all naive about it, one of them pulls out a gun, shoots his own partner and then asks him again about the cube. With this, the first season of ‘Twice Upon a Time’ comes to an end.

Although the ending seems inconclusive, it hints that fans of the show have something to look forward to. In the next season, we can, of course, expect some explanation surrounding the origins of the cube and how it was made. Along with that, Season 2 will also probably exploit time travel even further and will be a lot more than a fantasy romance story. While the nature of the cube still seems to be a bit too fantastical, Season 2 might delve into the details of how it creates a wormhole between two “desired” timelines. Moreover, a lot will be at stake for Vincent in the sequel as he now intends to save Louise’s life all over again. But now that the potential owner of the cube has caught up with him, he’ll have to find a way to keep it.